March 17: During the past month, Bald Eagle KG09's transmitter has been reliably checking in and seems to be in good condition. This large tracking data set shows that while KG09 flies from one location to another quite frequently, he rarely travels more than a few miles from him point of origin. KG09 remains near the Owl Trap landfill, moving throughout an area of roughly six miles in diameter. 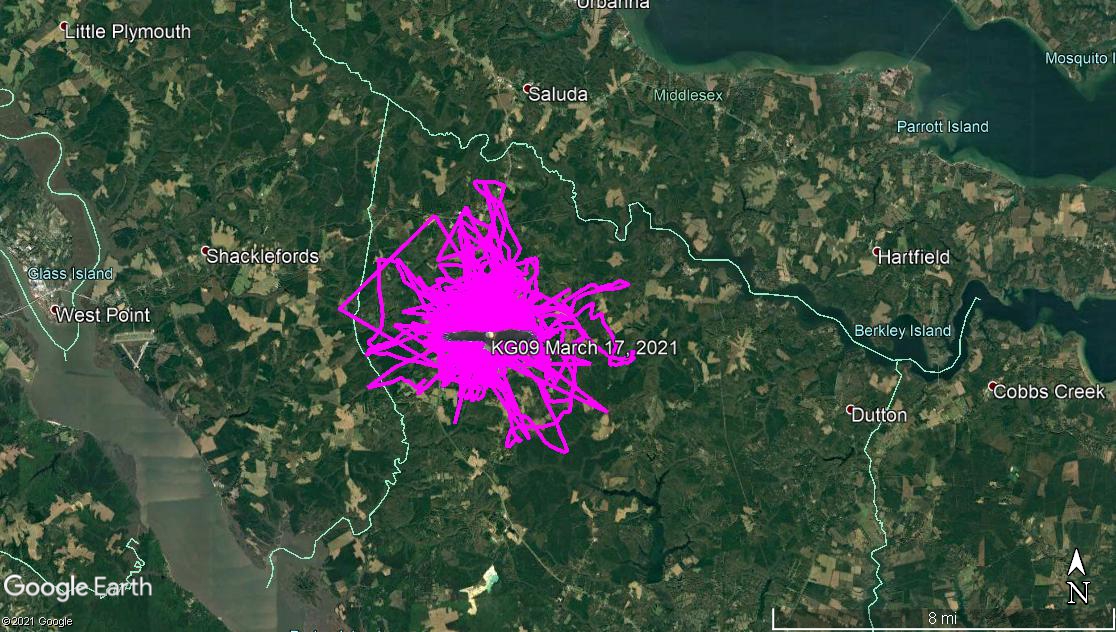 January 28: KG09 has spent the majority of the past few weeks in and around the Owl Trap landfill. His GPS transmitter appears to be in good condition after more than five years of use -- a remarkable feat for a battery pack that was initially predicted to last only a few years! 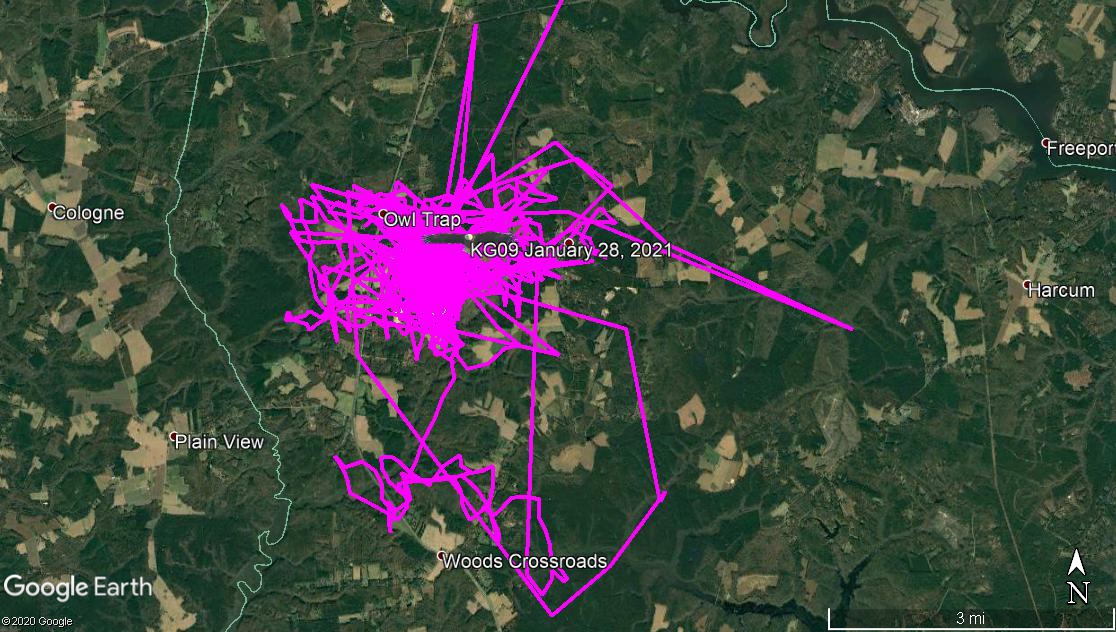 January 6: It doesn't appear that KG09 has made any New Year's resolutions to travel more -- he's spent the past few weeks near the Owl Trap landfill, very rarely flying more than one or two miles before returning to the epicenter of the area. His tracking unit does seem to be in good condition, however; on average, a GPS signal is received 20 or 30 times per day. 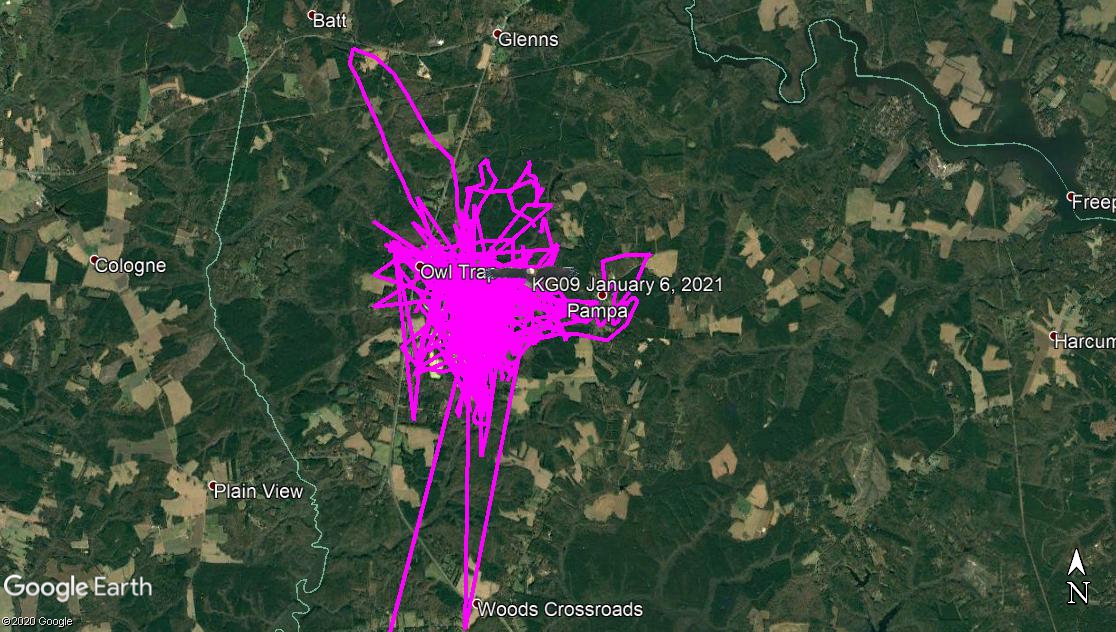