Keeping Your Windows Safe for Birds

Get a birds-eye-view and prevent window/bird collisions.

Collisions with windows and other building glass are a significant source of injury and mortality for a wide variety of avian species. A 2014 study estimated that between 365 million to 988 million birds are killed each year after they collide with glass; this direct mortality is second only to outdoor free-ranging cats.

As humans continue to expand their own habitats, the impact on our wild neighbors increases. High-rise glass buildings in cities aren’t the only problems; residential houses, walkways, and bus shelters can cause problems for birds as well.

If You Find a Bird that has Hit a Window 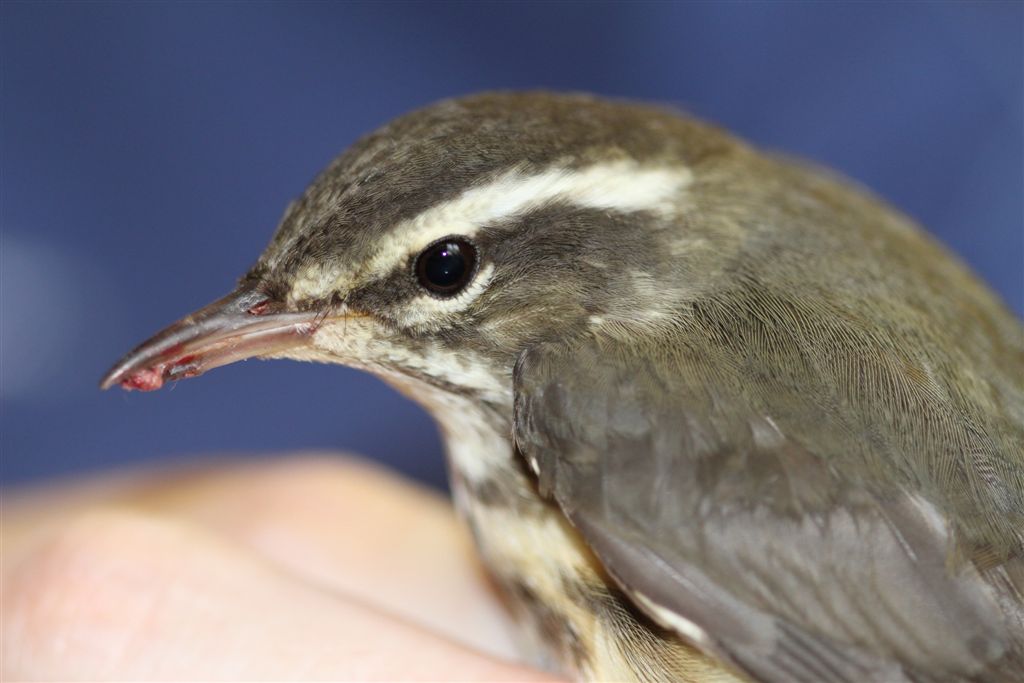 Birds that collide with windows and fall to the ground should receive medical attention after their collision. General advice for this wildlife issue used to be to give the bird a safe space in which to recover for about 30-60 minutes, but new studies suggest that even birds that can fly away after a window strike can suffer significant trauma.

Window strikes often occur when birds are flying an average speed of 15-20 miles per hour. Birds have weaker, lightweight skeletal systems that are designed to allow them to more easily fly, but their bones do not protect their internal organs as well. While some birds may be stunned and can recover within a short period, some birds may sustain intracranial hemorrhaging.  Additional studies have shown that a number of birds sustain corneal ulcers after their collision. These issues are difficult to diagnose with a quick glance, and birds may even be able to fly away with these injuries after a few minutes, only to go untreated and die later.

Birds that strike windows should be immediately placed in a shoebox or an unwaxed paper bag and taken to a veterinarian or permitted wildlife rehabilitator for assessment.

Daytime Collisions. Birds have a difficult time seeing the glass, particularly if the glass is reflecting nearby sky or vegetation. If you have a glass window with which birds collide, step outside during the day and make a “bird’s eye view” assessment. Are birds seeing the reflected skyline, which makes it look like they can fly straight through the window? Are they seeing through the glass to indoor potted plants?

Nighttime collisions. Birds may also collide with windows at night; these window-strike victims are nocturnal migrants, which include a wide variety of songbird species. Many songbirds make their long-distance journeys by starlight – they depend on the night sky to orient them in their travels, and fly during a time when fewer predators are out. Artificial city lights interfere with these nighttime journeys and particularly disorient birds in “low ceiling” or foggy conditions. Floodlights and festival lighting can also impact these birds.

Seasonal Disturbances. Some birds may also fly into windows during springtime nesting; these individual birds exhibit territorial behaviors and attack their own reflection in windows and car mirrors. This behavior is typically most annoying to the homeowner, but typically is not a threat to the bird’s survival, unlike a higher speed collision with an unseen window.

After assessing the problem, there are a number of steps homeowners can take to prevent bird/window-collisions. The most effective changes should be made to the outside of problematic windows; these products and solutions can prevent daytime collisions as well as seasonal “attacks” by territorial songbirds. 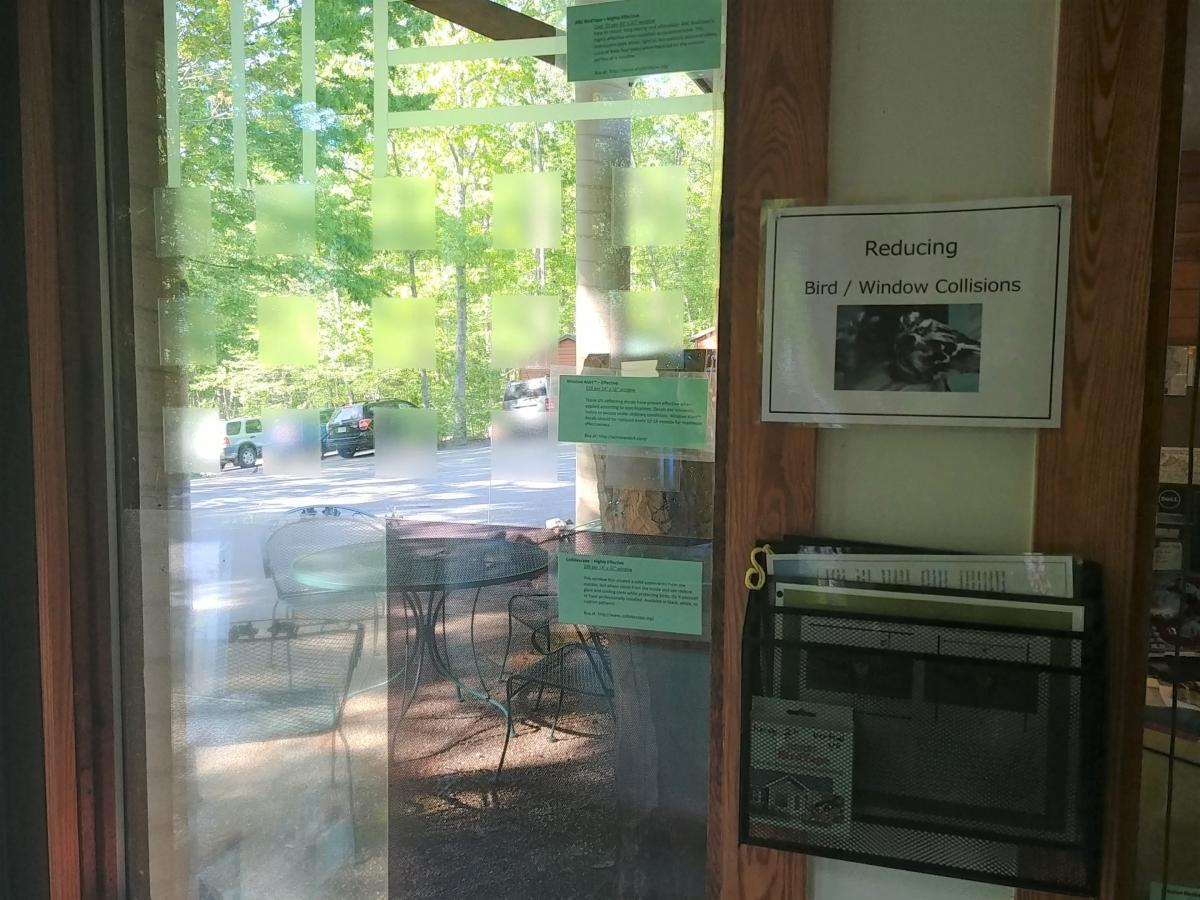 Homeowners who have bird feeders and baths should ensure that these items are in appropriate locations; they may be either within two feet of the house (too close for a collision to be fatal) or more than 30 feet away from the house (birds are more likely to recognize that windows are a part of the house).

Additional changes that can be made for short-term issues include drawing vertical blinds, shades, or curtains on the inside of the window. In general, these are less effective at breaking up reflections and more care should be taken for highly problematic windows.

For those building or remodeling, there are a number of new effective products that can be installed.

An increasing number of cities are adopting “lights out” programs aimed at reducing the significant problem of nighttime artificial lighting in larger urban environments. Convincing building managers and owners to turn off excess lighting during migration season can greatly help reduce this issue.

Strategies in these settings include turning off unnecessary decorative exterior lighting, turning off floodlights and beams, turning off interior lighting on higher stories, and using window coverings or task lighting for employees working late in high-rise buildings. For more information, visit Audubon’s Lights Out program and FLAP. 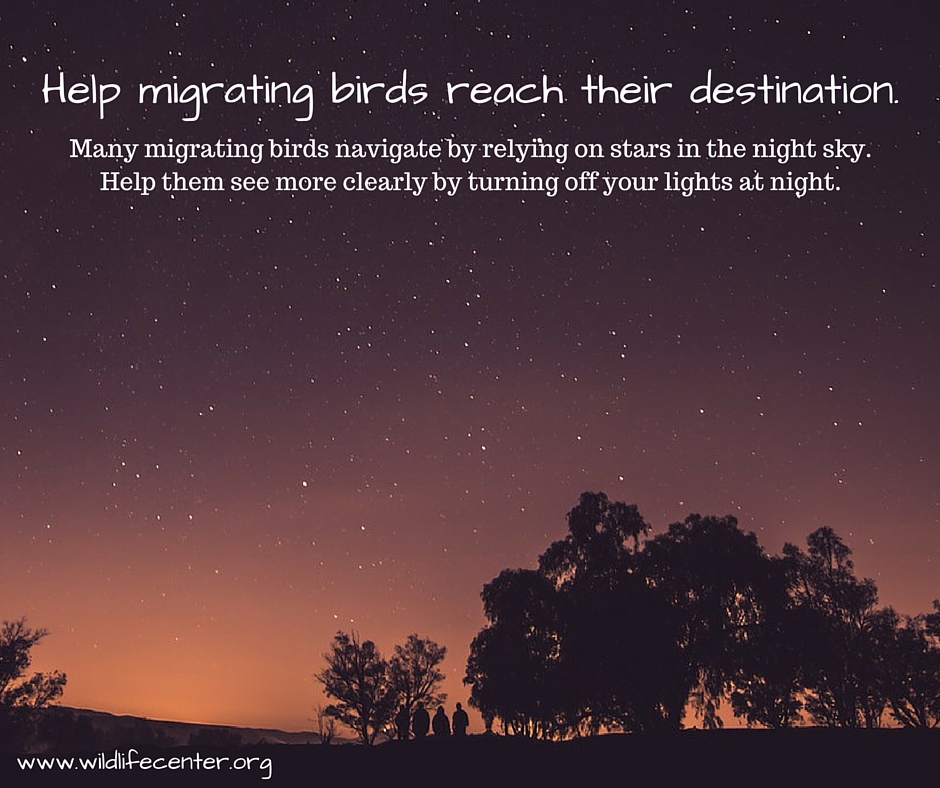