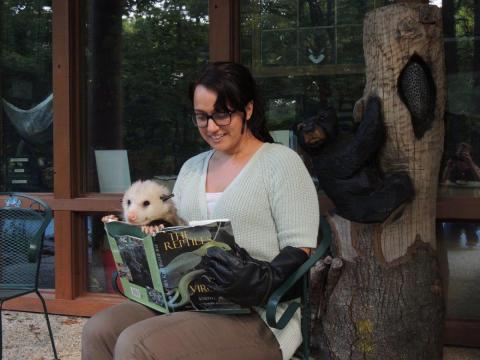 Every other month, the Center selects a book related to wildlife, ecology, or natural history to read and discuss.

The text-based bi-monthly sessions take place on the Critter Cam moderated discussion. Simply select any of our Critter Cam pages and click on the moderated discussion on the right-hand side of the page.  There is no video or audio of the book club; simply read along and type your thoughts and reactions about the book.  Anyone is welcome to join - whether you've read the book or not!

For our next meeting, join the Wildlife Center of Virginia in reading:

The Nature of Oaks: The Rich Ecology of Our Most Essential Native Trees by Douglas W. Tallamy 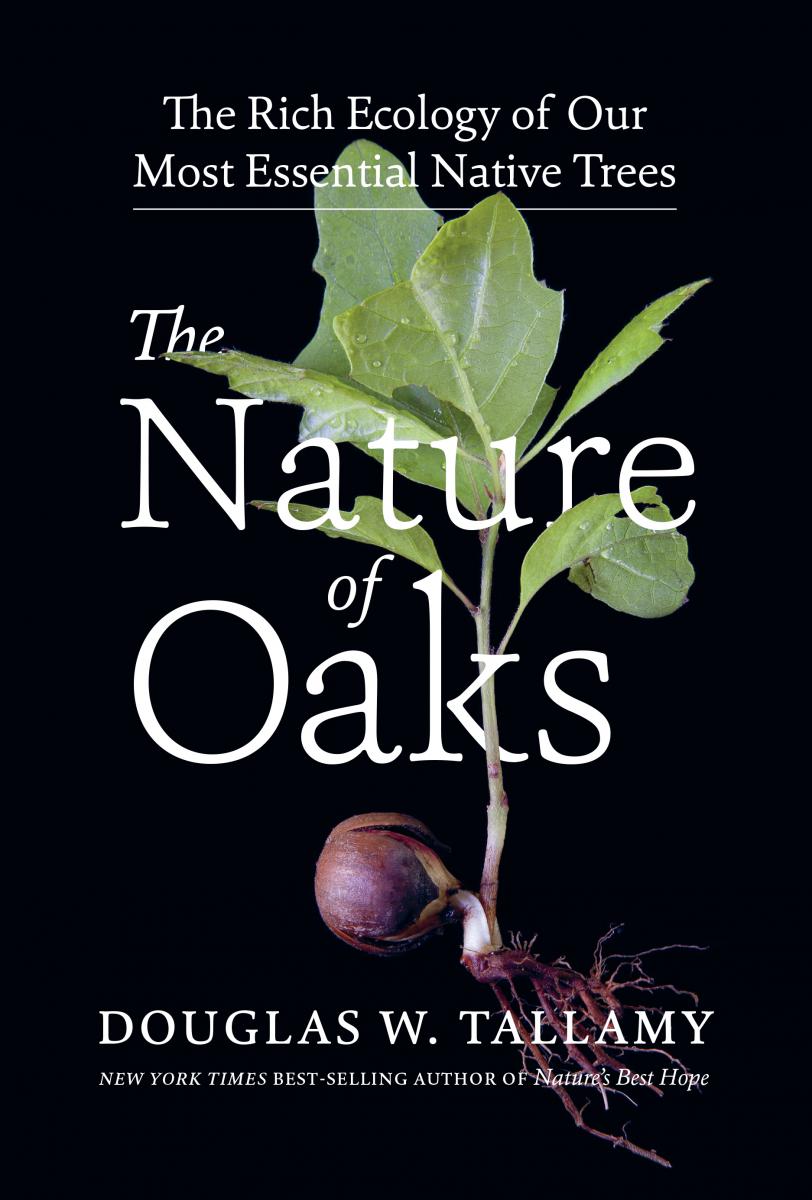 Fuzz: When Nature Breaks the Law by Mary Roach
The Bird Way: A New Look at How Birds Talk, Work, Play, Parent, and Think by Jennifer Ackerman
A Walk in the Woods by Bill Bryson
Heart of a Lion: A Lone Cat’s Walk Across America by William Stolzenburg
The Nature Fix: Why Nature Makes Us Happier, Healthier, and More Creative by Florence Williams

Nature's Best Hope: A New Approach to Conservation that Starts in Your Yard by Douglas W. Tallamy [February 2021]
The Thing with Feathers: The Surprising Lives of Birds and What They Reveal About Being Human by Noah Strycker [April 2021]
Braiding Sweetgrass: Indigenous Wisdom, Scientific Knowledge, and the Teachings of Plants by Robin Wall Kimmerer [June 2021]
Being Caribou by Karsten Heuer [August 2021]
The Overstory by Richard Powers [October 2021]
Entangled Life: How Fungi Make Our Worlds, Change Our Minds & Shape Our Futures by Merlin Sheldrake [December 2021]

How to Be a Good Creature: A Memoir in Thirteen Animals by Sy Montgomery [February 2020]
Two in the Far North by Margaret Murie [April 2020]
What the Robin Knows: How Birds Reveal the Secrets of the Natural World by Jon Young [June 2020]
Where the Crawdads Sing by Delia Owens [August 2020]
Sound of a Wild Snail Eating by Elisabeth Tova Bailey [October 2020]
Narwhals: Arctic Whales in a Melting World by Todd McLeish [December 2020]

Eager: The Surprising, Secret Life of Beavers and Why They Matter by Ben Goldfarb [December 2019]
Stolen World: A Tale of Reptiles, Smugglers, and Skulduggery by Jennie Erin Smith [October 2019]
Spiders: Learning to Love them by Lynne Kelly [August 2019]
Eye of the Albatross by Carl Safina [June 2019]
The Truth About Animals: Stoned Sloths, Lovelorn Hippos, and Other Tales from the Wild Side of Wildlife by Lucy Cooke [April 2019]
Hidden Life of Trees by Peter Wohlleben [February 2019]

Vulture: The Private Life of an Unloved Bird by Katie Fallon [December 2018]
Zooburbia: Meditations on the Wild Animals Among Us by Tai Moses [October 2018]
Voyage of the Turtle: In Pursuit of the Earth's Last Dinosaur by Carl Safina [August 2018]
Silent Spring by Rachel Carson [June 2018]
Watership Down by Richard Adams [April  2018]
H is for Hawk by Helen Macdonald [February 2018]

Eye of Newt and Toe of Frog, Adder's Fork and Lizard's Leg: The Lore and Mythology of Amphibians and Reptiles by Marty Crump [December 2017]
Coyote America: A Natural and Supernatural History by Dan Flores [October 2017]
Where the Wild Things Were: Life, Death, and Ecological Wreckage in a Land of Vanishing Predators by William Stolzenburg [August 2017]
The Soul of an Octopus: A Surprising Exploration into the Wonder of Consciousness by Sy Montgomery [June 2017]
Rosalie Edge, Hawk of Mercy: The Activist Who Saved Nature from the Conservationists by Dyana Furmansky [April 2017]
The Rhino with Glue-on Shoes by Lucy H. Spelman and Ted Y. Mashima [February 2017]

Are We Smart Enough to Know How Smart Animals Are? by Frans de Waal [December 2016]
The Secret Lives of Bats by Merlin Tuttle [October 2016]
Prodigal Summer by Barbara Kingsolver [August 2016]
The Narrow Edge: A Tiny Bird, an Ancient Crab, and an Epic Journey by Deborah Cramer [June 2016]
The Wilderness World of John Muir by John Muir [April 2016]
Gifts of the Crow by John Marzluff and Tony Angell [February 2016]

Keep track of past books, future books, and books-of-interest on our Goodreads account.