What IS the most Unusual Species You've Seen at the Center?

The staff at the Wildlife Center are often asked what’s been the most unique or unusual animal they’ve seen at the Center – so for this “Unusual Species” Compendium, we asked them again! 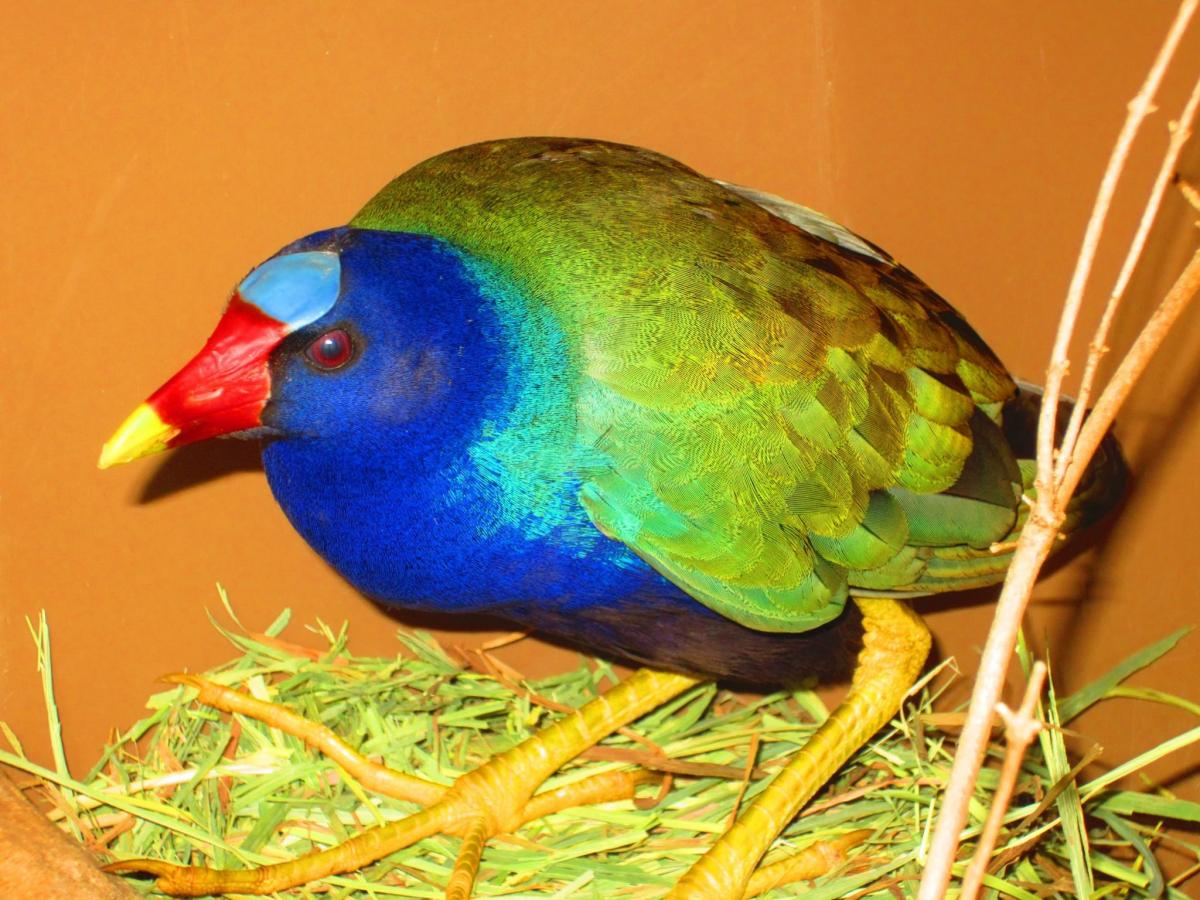 The Purple Gallinule. We received a phone call a "crazy bird".  The caller described a purple and blue bird, about the size of a pigeon, with long legs like a chicken, a long pointy beak, and a bright spot on its head. The description was something right out of Dr. Seuss ... but was accurate!

I am fascinated by the Purple Gallinule we admitted in 2014. To me, they look like a little kid’s drawing that came to life. They are all the colors of the rainbow on one bird … with an odd beak and the longest, bright yellow legs. 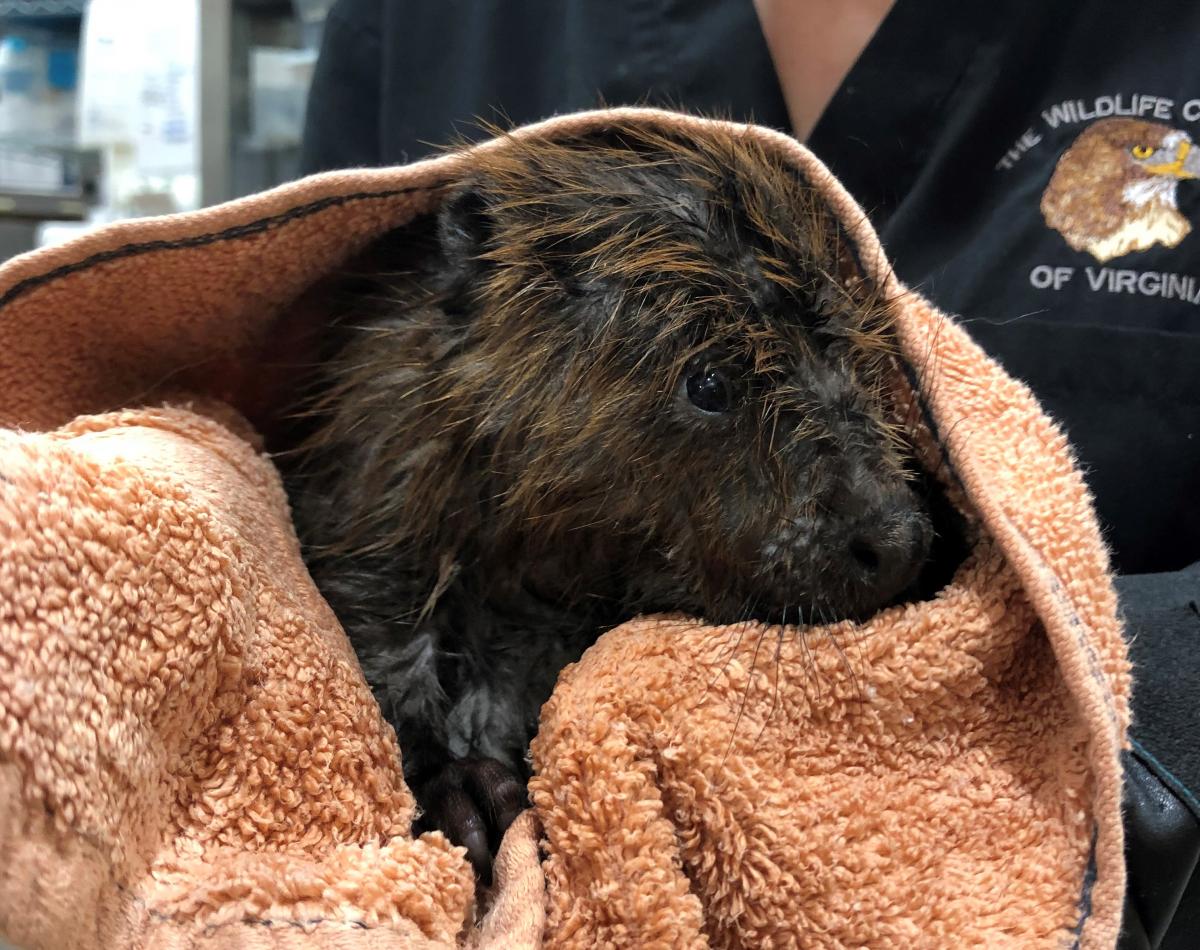 A baby beaver! Though some may not consider it an “unusual” species, because of their extremely specific care requirements in a rehabilitation setting, we considered her quite a special patient.

I think that the beavers we have had here in my time are the most unusual. You don't see them in their wild habitat very often, and in my short time at the Wildlife Center, we received two -- an adult and a baby! They are so unique in how we can care for them in captivity and their natural history needs that they will always be an animal that fascinates me and I hope to learn more about them. 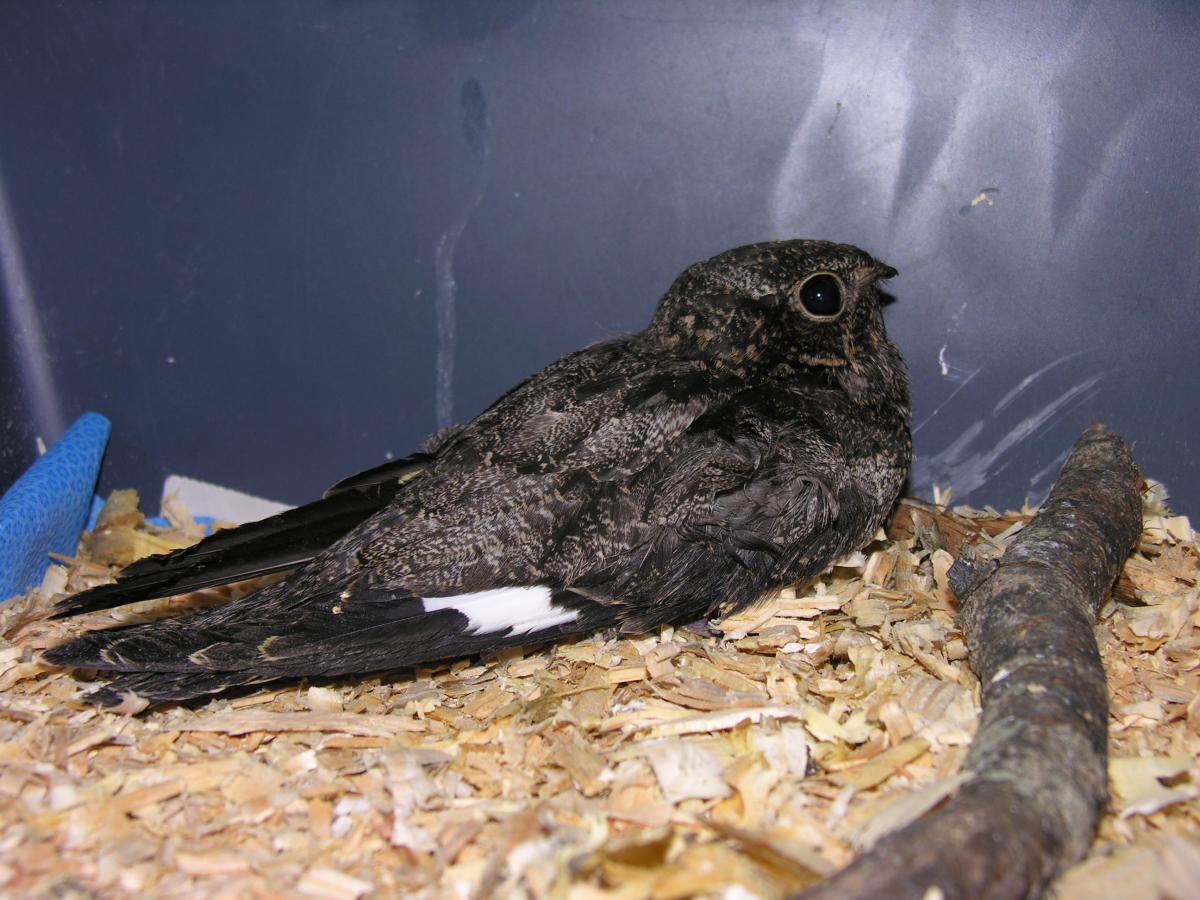 For me, the most unusual was an adult Common Nighthawk during my brief stint as a rehabber in the fall of 2009. I don’t remember the circumstances of rescue, but it couldn’t fly. I had to make up little balls of food – I think it was like a protein powder -- and feed it to the nighthawk multiple times per day. Nighthawks catch and consume bugs on the wing – a LOT of bugs – so it was a challenge to make sure we were feeding this one enough.

It was a patient that I’ve thought of often because it really was a fascinating species to learn more about. And the challenges the rehab and vet team faced with him is a testament to how unpredictable and flexible we have to be in regards to the different situations we encounter with our patients every day. 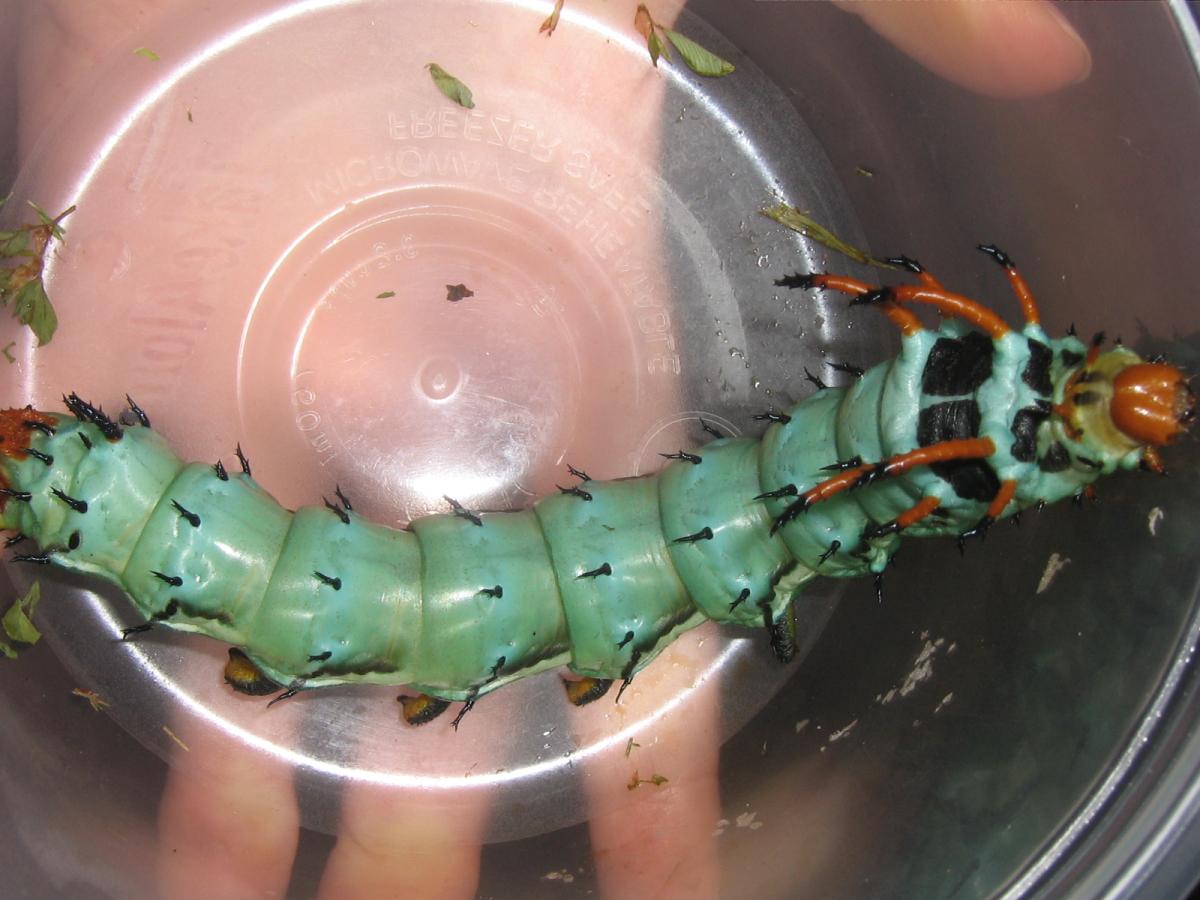 I know we're just supposed to list ONE, but another came to mind -- not a patient. Someone brought in a crazy large caterpillar one time. It had hooks, spikes, and was colorful and bright and big! I had a fun time identifying and tracking this guy down to being a Hickory Horned Devil Caterpillar. I’ll never forget that ID challenge.

I received a call back in my first few weeks at the front desk about a severely injured seal washed up on the Virginia coast. I had never received a call about marine life before, but with some help from the vet staff and Ed, we were able to get the seal to an appropriate veterinarian. 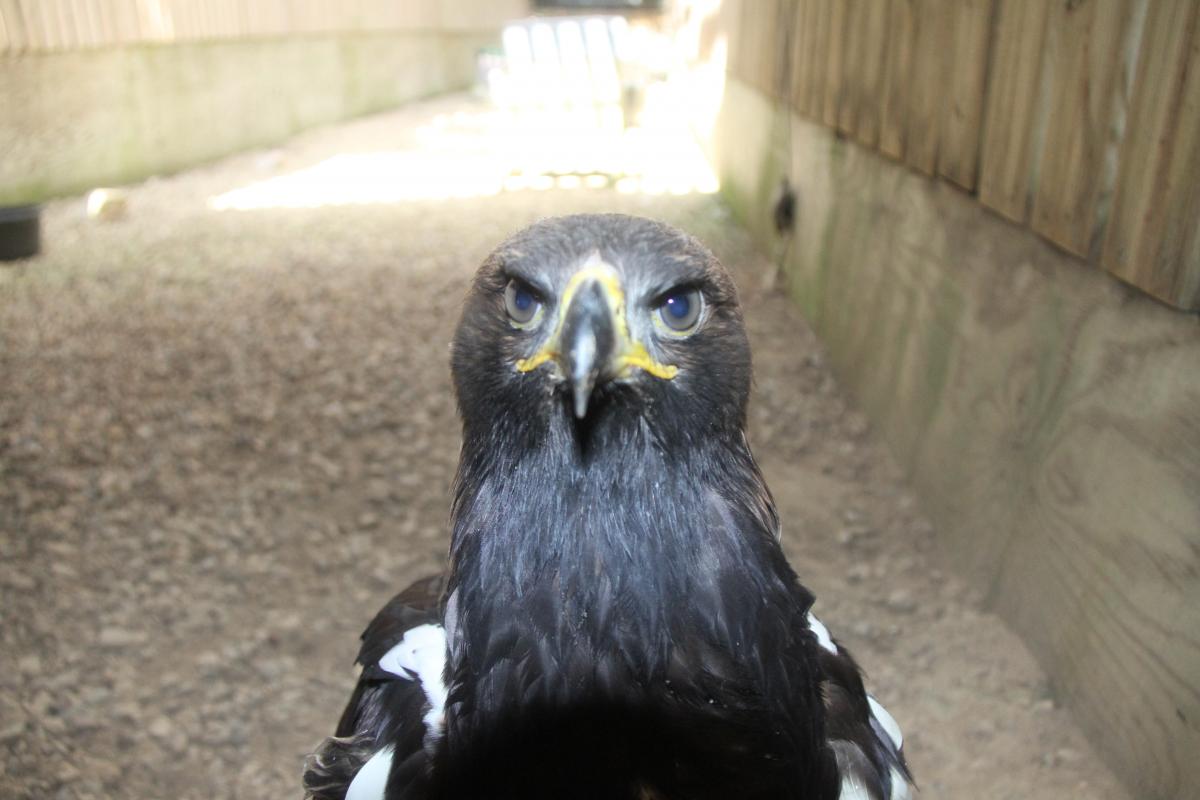 Three years ago in 2016, when I had just recently joined the Center’s outreach department, a young Golden Eagle was admitted after being rescued in Smyth County, Virginia. What made the eagle’s story so unusual was a combination of its age and location; breeding populations of adult Golden Eagles are often observed in western states – not so often in Virginia!

So, how did this eagle (unlikely to have traveled such a great distance at such a young age) end up here? Feathers from the eagle were sent to Purdue University to analyze the DNA, with the goal of revealing the bird’s heritage. I’m unsure if the study is still being conducted, but I certainly think about that Golden Eagle on a regular basis. The Center even kept tabs on the bird using a GPS transmitter for a number of weeks, but the trail eventually went cold – making this eagle’s story that much more unusual and interesting! 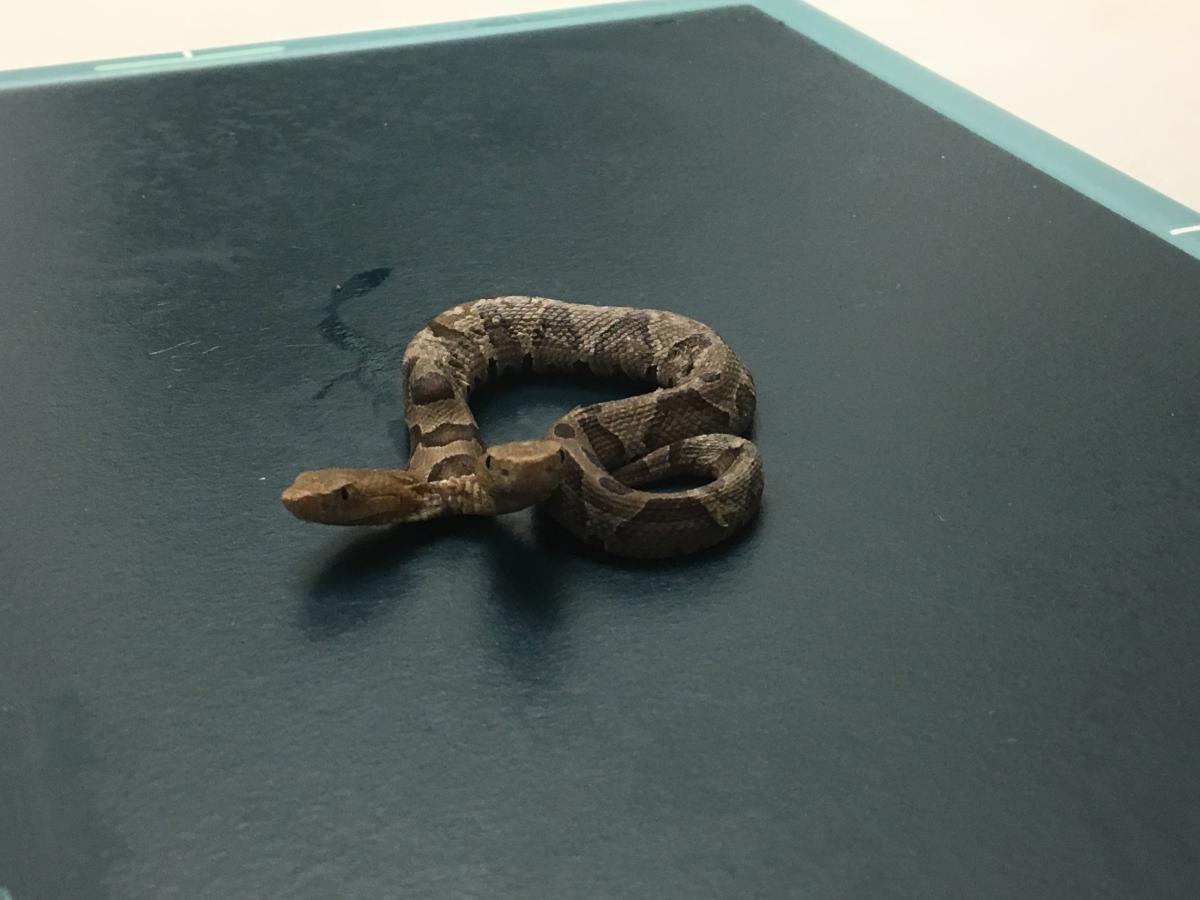 In the summer of 2018, we had the opportunity to examine a naturally born neonate copperhead snake with two fully developed heads.  A nightmare for some, but truly an adorable oddity in my eyes. Sadly this snake did not survive long, as is often the case in mutations such as this.

Definitely the double-headed Copperhead that we admitted in 2018! 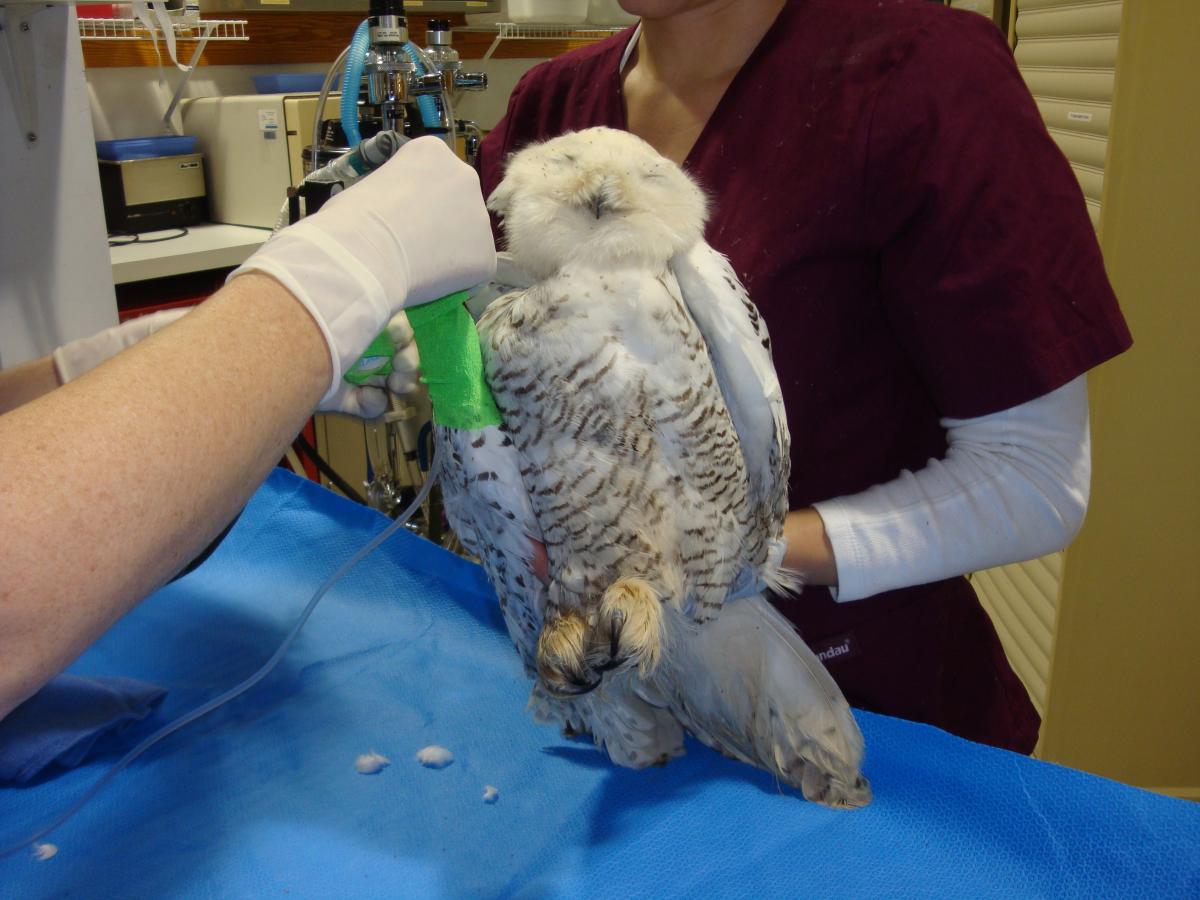 Is it cheating if I say Hudson, who was in this episode of Untamed? It is pretty cool, working with a Gyrfalcon ... but, patient-wise, I'd have to say Snowy Owl! They are also northern birds who are uncommon visitors to Virginia, and I saw my first one here in 2008! 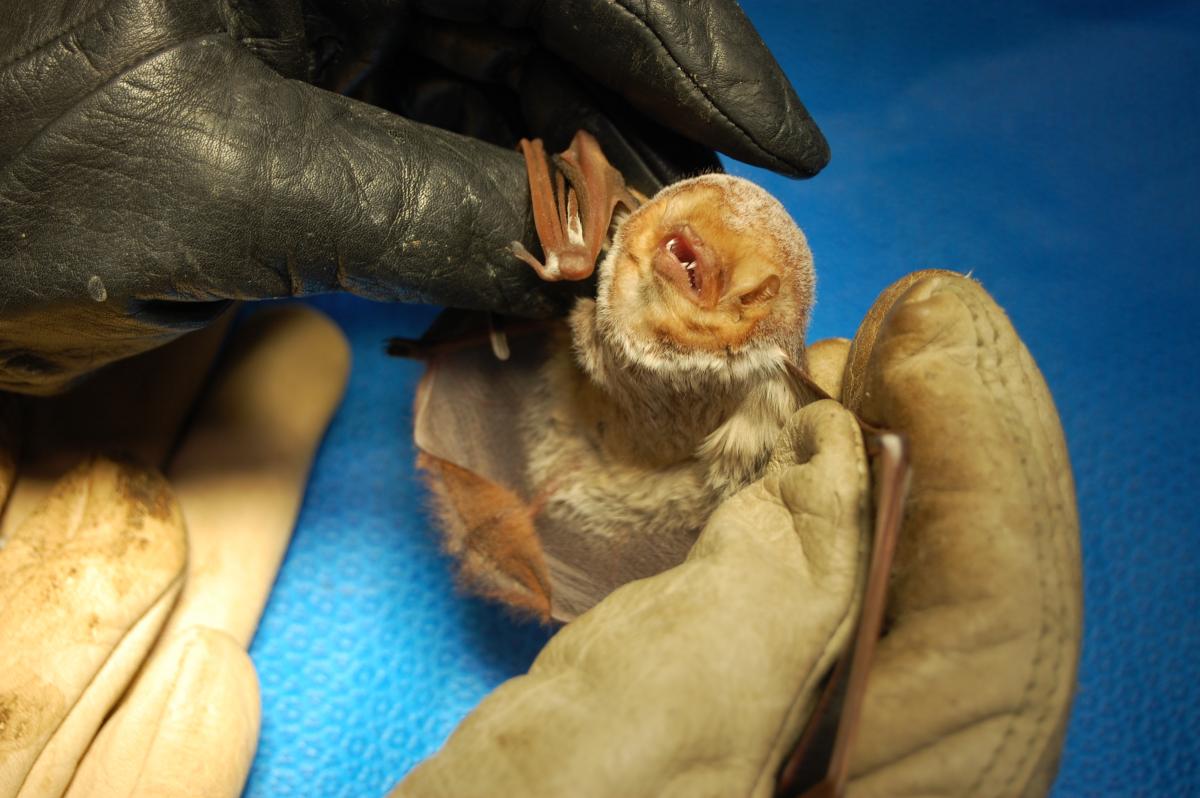 In August 2017, we had a hoary bat as a referral from The Save Lucy Campaign; the bat had a fractured radius that we splinted.  It was my first and only time to see that species!

A couple of months ago a received a call about a Zebra that escaped from its home. The finders were able to corner it into a horse corral on the horse boarding facility they were from. The owner of the Zebra was currently out of town so the finders did not 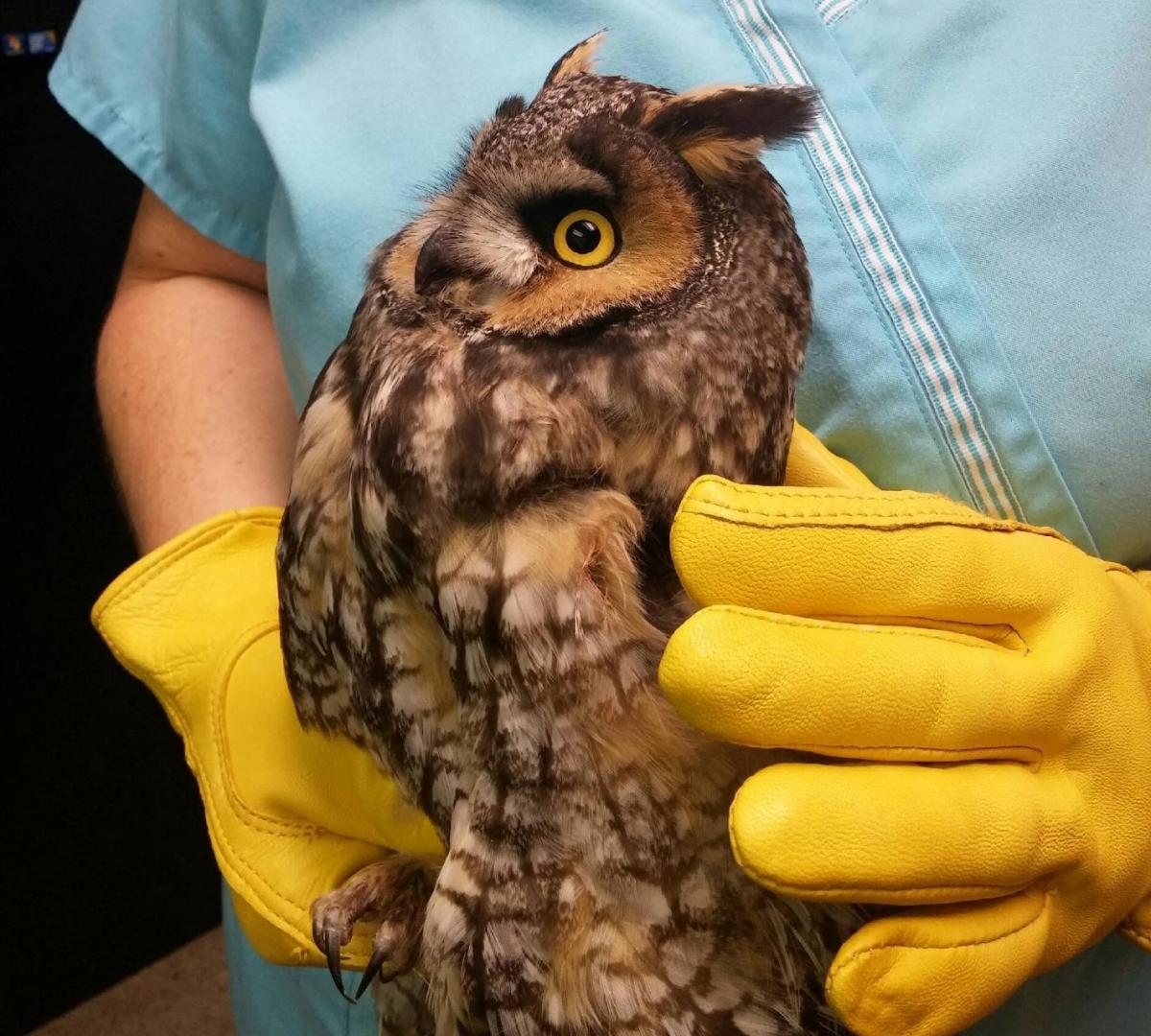 know what to do with the Zebra! I referred them to the game department and animal control so unfortunately do not know the outcome.

A Long-eared Owl with ocular trauma!