What Goes Up, Will Come Down

What goes up, will come down!

Balloon releases can be popular activities to celebrate successes, raise funds, commemorate occasions, bring awareness, and also honor and memorialize a loved one. Unfortunately, most people who release balloons don’t necessarily think about what happens after the balloons are released.

All released balloons fall back to the earth as litter, even if they burst and fall in many fragments. Balloons travel with the wind and have been found hundreds of miles from their original release location. Balloons and balloon fragments often find their way to water including streams, lakes, or oceans, where they are even more widely dispersed. Even balloons marketed as “biodegradable” take months to years to fully break down.

Worldwide cleanups sponsored by the Ocean Conservancy during the past 25 years have found more than 1.2 million balloons, and the balloons, plastic fragments, and string. These don’t just wind up as unsightly litter – they also pose a real threat to wildlife. Some wild animals become entangled in balloon strings, which inhibits their normal movement and foraging behavior and can ultimately lead to death.

Downed balloons or balloon fragments are also often ingested by some wild animals who mistake the balloons as an edible food source. The indigestible balloon fragments cause internal blockages, which can ultimately lead to starvation. Ingested balloon fragments also travel up the food chain and can end up in the digestive tracts of larger predators. Studies have shown that sea turtles often mistake fractured balloons for a species of jellyfish that all sea turtles are known to eat. A biologist researching plastic pollution at the Institute of Marine and Antarctic Studies says she finds balloons "in about one in 20 of every seabirds” that she examines.

Spread the word to your friends and family – and don’t let balloons go! Mass balloon releases are illegal in several states and cities. There are many eco-friendly alternatives to harmful balloon releases, including planting a tree or flowers, lighting candles, blowing bubbles, and more!

Feel free to share these visuals with your friends and family: 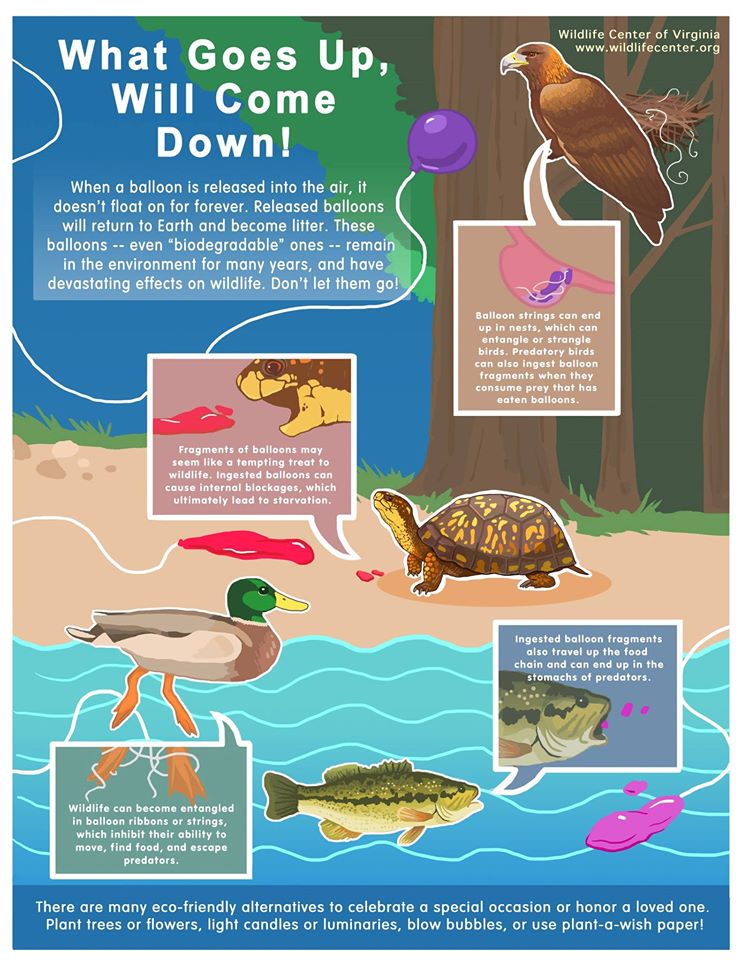 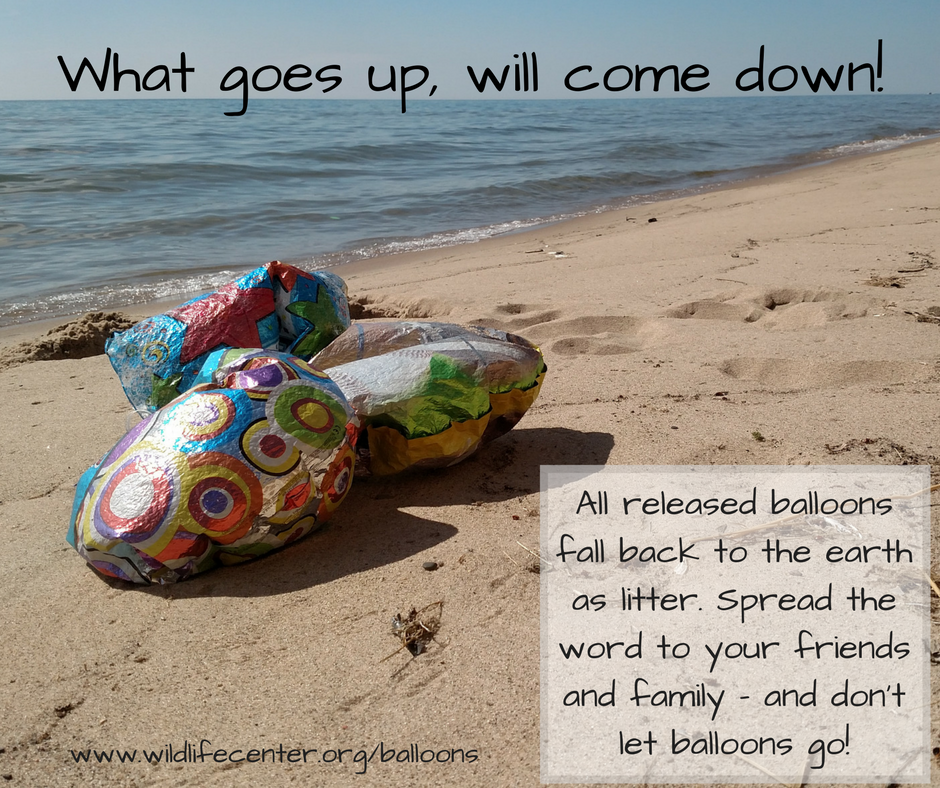 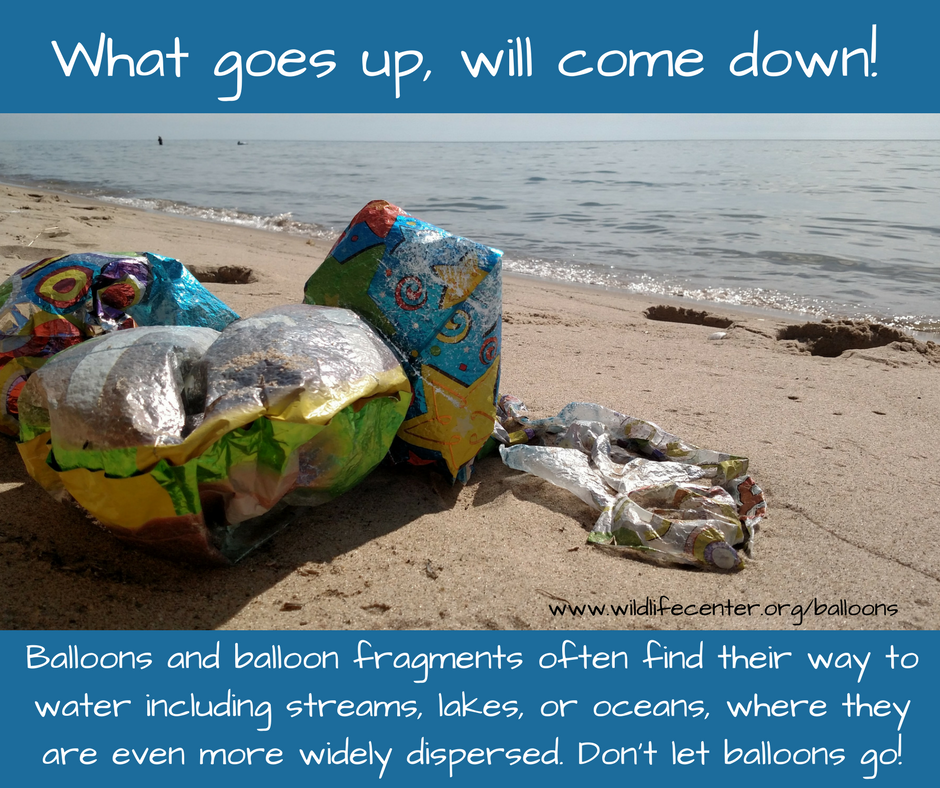 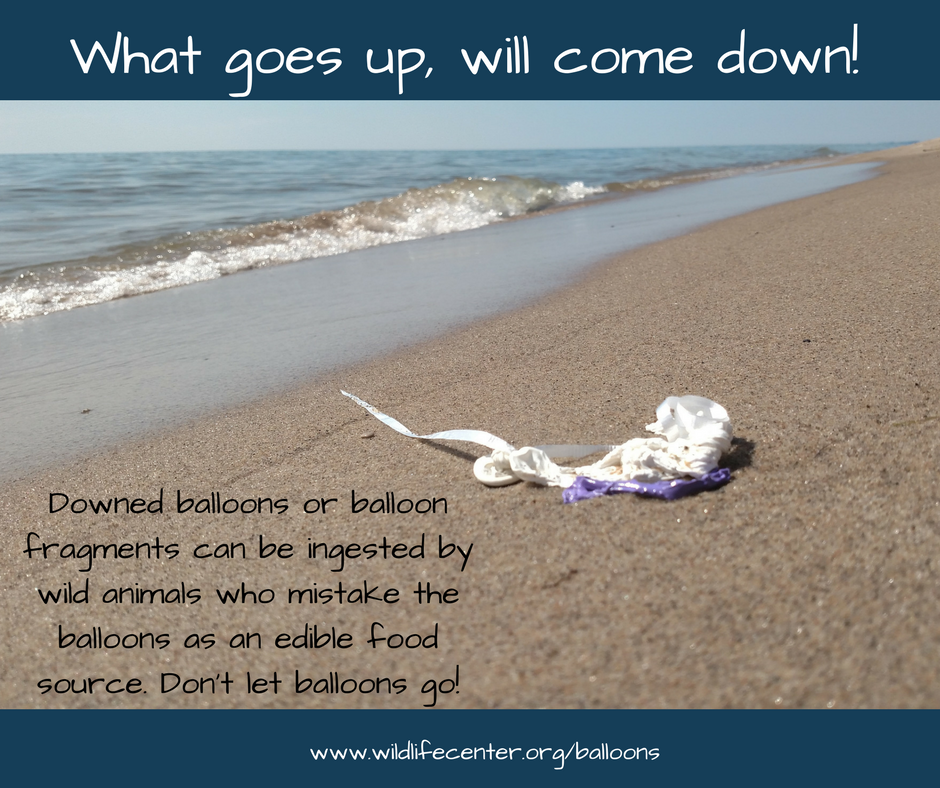