The Story of Mr. Dodo

In 2007, an American Toad was admitted to the Wildlife Center. The toad had been a long-time resident in a backyard of a family in Virginia; year after year, they saw the toad emerge from hibernation in the spring, and the toad lived peacefully in their backyard, growing in size each year. The two little girls in the family named the toad “Mr. Dodo”, and enjoyed seeing him each spring and summer.

One day, the dad was out in the yard tilling the garden, and accidentally ran into Mr. Dodo with the rototiller. Mr. Dodo suffered a large laceration on his back; the family instantly scooped up the toad and drove him into the Wildlife Center. 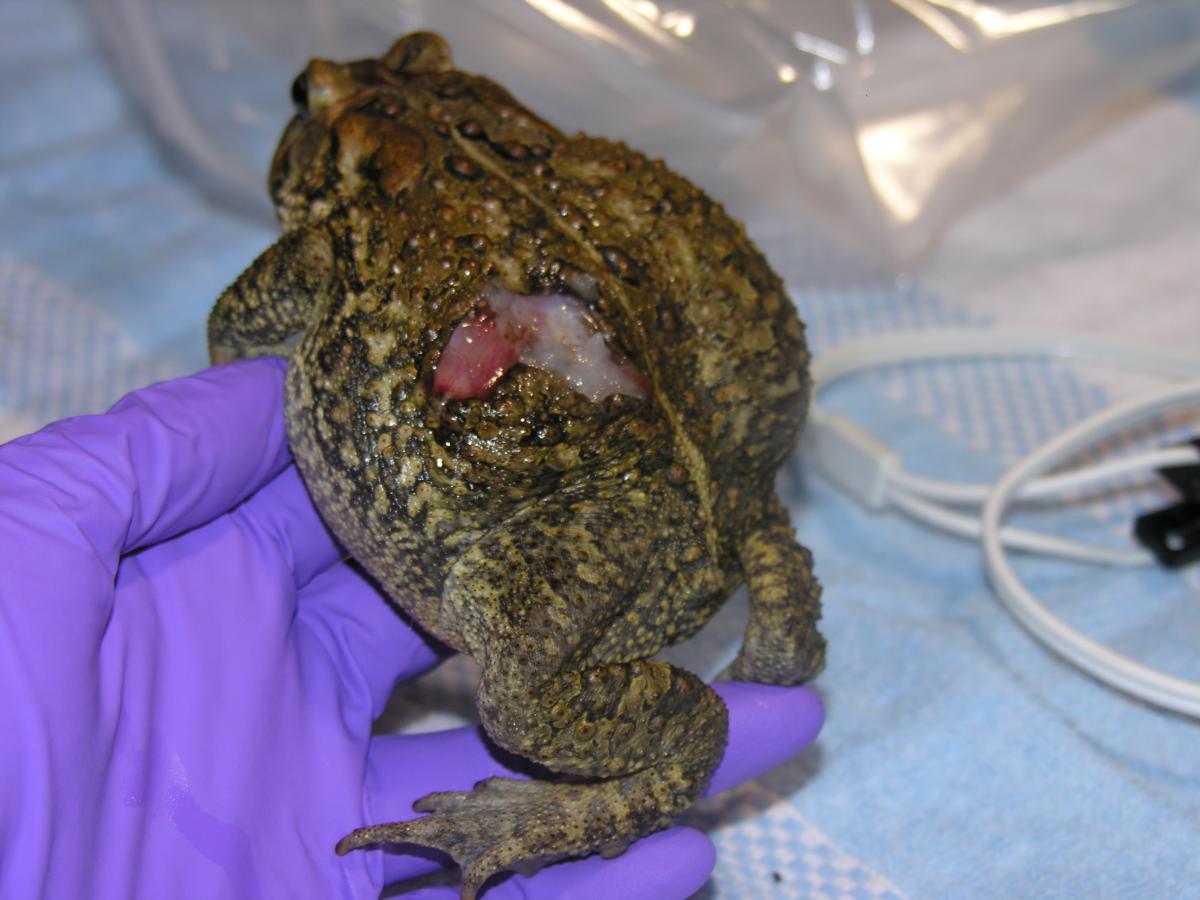 Dr. Dave, the Center’s veterinary director, was able to anesthetize Mr. Dodo using an anesthetic gel; the laceration was quite large, but he was able to clean the wound and stitch it closed, using 15 stitches. Mr. Dodo recovered from his surgery and spent the next few weeks quietly healing at the Center. 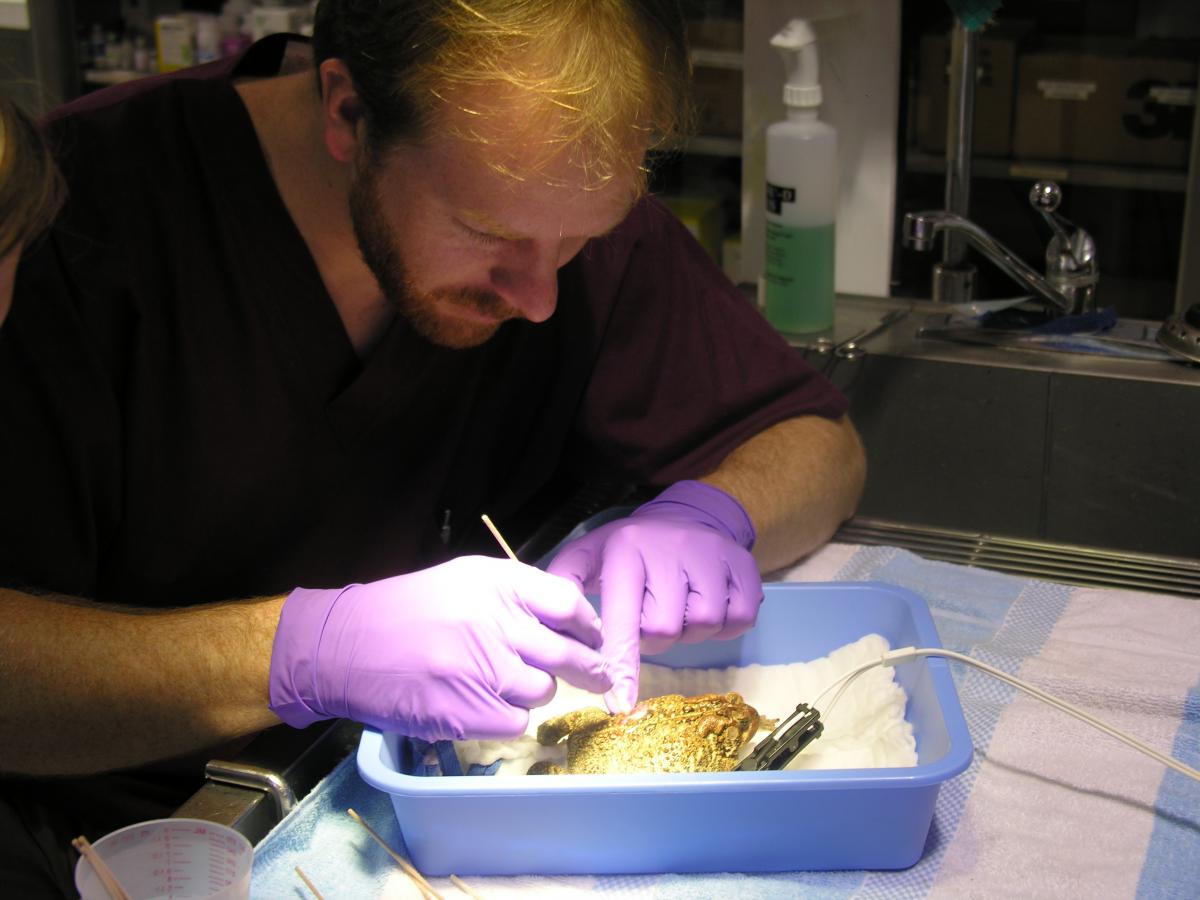 After several weeks, the wound was fully healed and Mr. Dodo successfully shed his skin. Mr. Dodo was picked up by his entire, excited family and was returned to his home habitat for release. 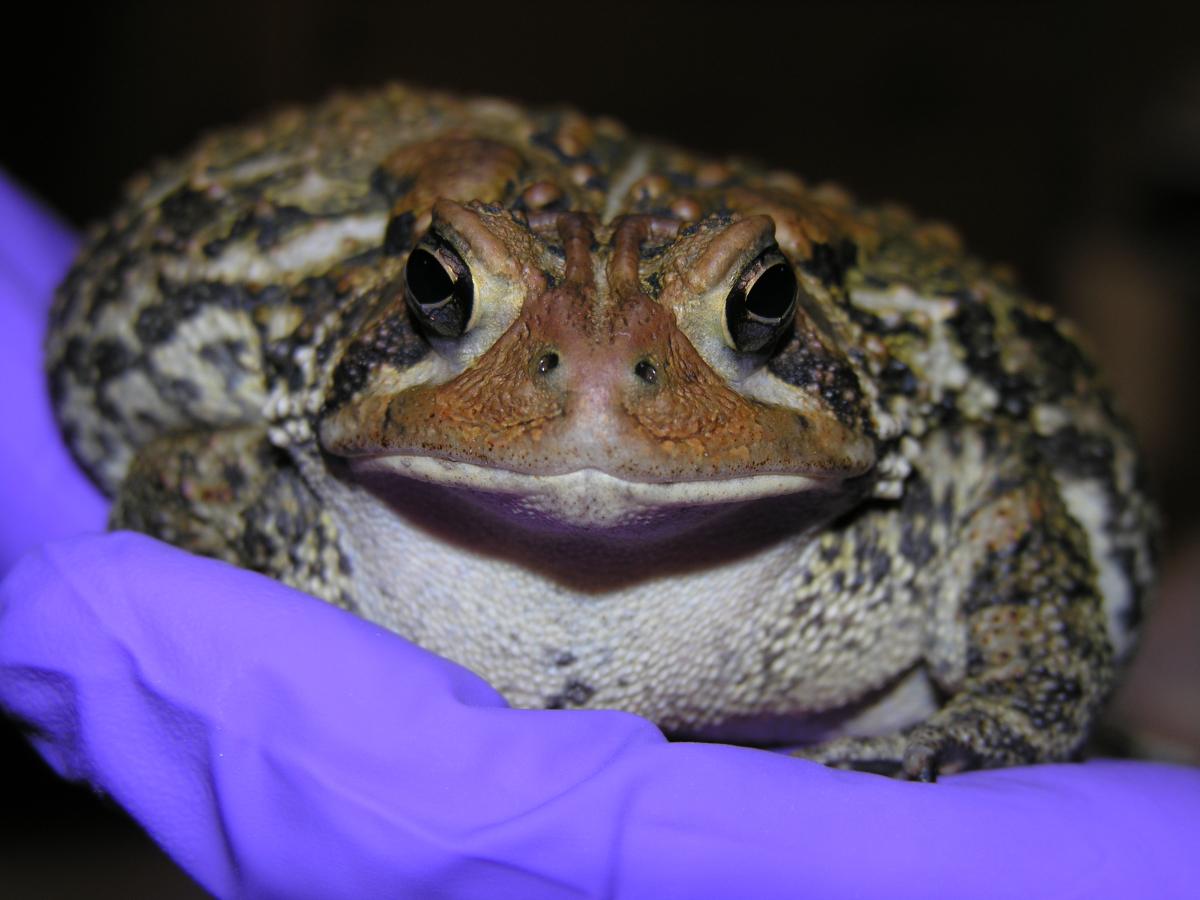 In 2010, Virginia Living Magazine wrote about Mr. Dodo and his care – check out the article here!