Making the switch to non-lead ammunition for hunting is a straightforward solution to the significant problem of lead toxicity. Not only is non-lead ammunition better for Bald Eagles and other birds of prey, but it also eliminates lead exposure to any humans who are consuming hunted game.

For most popular calibers of hunting rifles, ammunition with non-lead projectiles is available. While slightly more expensive, the use of non-lead projectiles eliminates the need for any further attention to the lead-poisoning issue on the part of the hunter. To minimize the burden of the additional cost, lead ammunition can be used on the range to sight-in or practice with hunting weapons, but non-lead ammunition of the same size and ballistic characteristics can be used in actual pursuit of quarry.

For pistol and rifle ammo, the solution is a solid copper bullet, which is often ballistically superior to traditional lead ammunition.  For shotgun hunters, there are a variety of alloys that have been developed which approach the density and “knock-down power” of lead, but which do not have the toxic side-effects.

For only a few types of ammunition, such as spherical bullets for antique or reproduction muzzle-loading weapons, are lead alternatives not yet readily available.  When hunting with these types of firearms, if the non-toxic alternative is not an option, properly disposing of animal remains is essential. 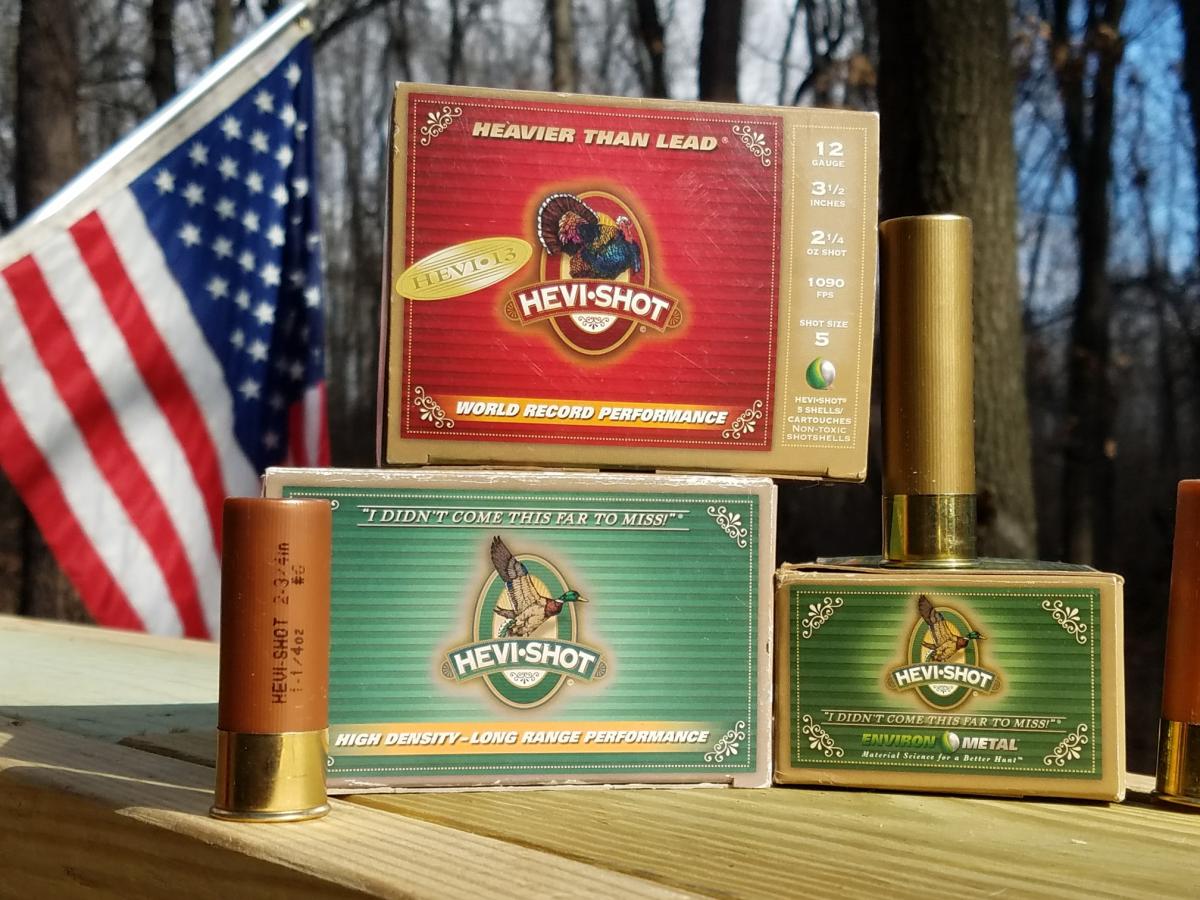 Since lead shot has been banned for use in waterfowl hunting for more than 25 years, there has been a variety of lead-free shotgun ammunition on the market for decades in most popular shot sizes for small- to medium-sized game.  Buckshot and rifled slug loads are now being developed by many manufacturers, though retail outlets may be difficult to find.  Ordering online is often the easiest way to purchase lead-free ammo. 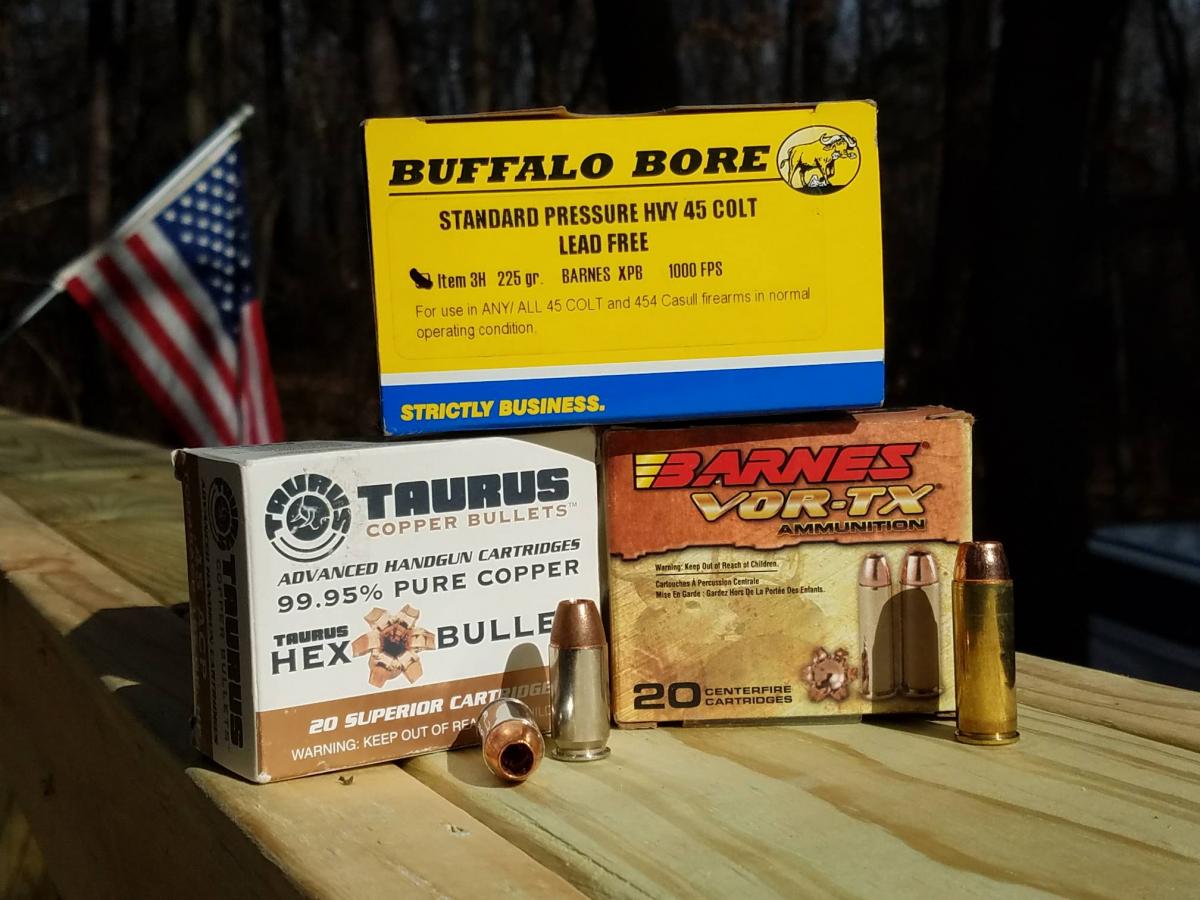 Centerfire pistol and carbine ammunition in nearly all popular calibers is readily available, in a wide variety to bullet sizes and loads, from standard pressures all the way to high-velocity +P options.   Those who hunt with handguns or rifles that use pistol calibers will have no trouble finding just the right ammunition for their game. 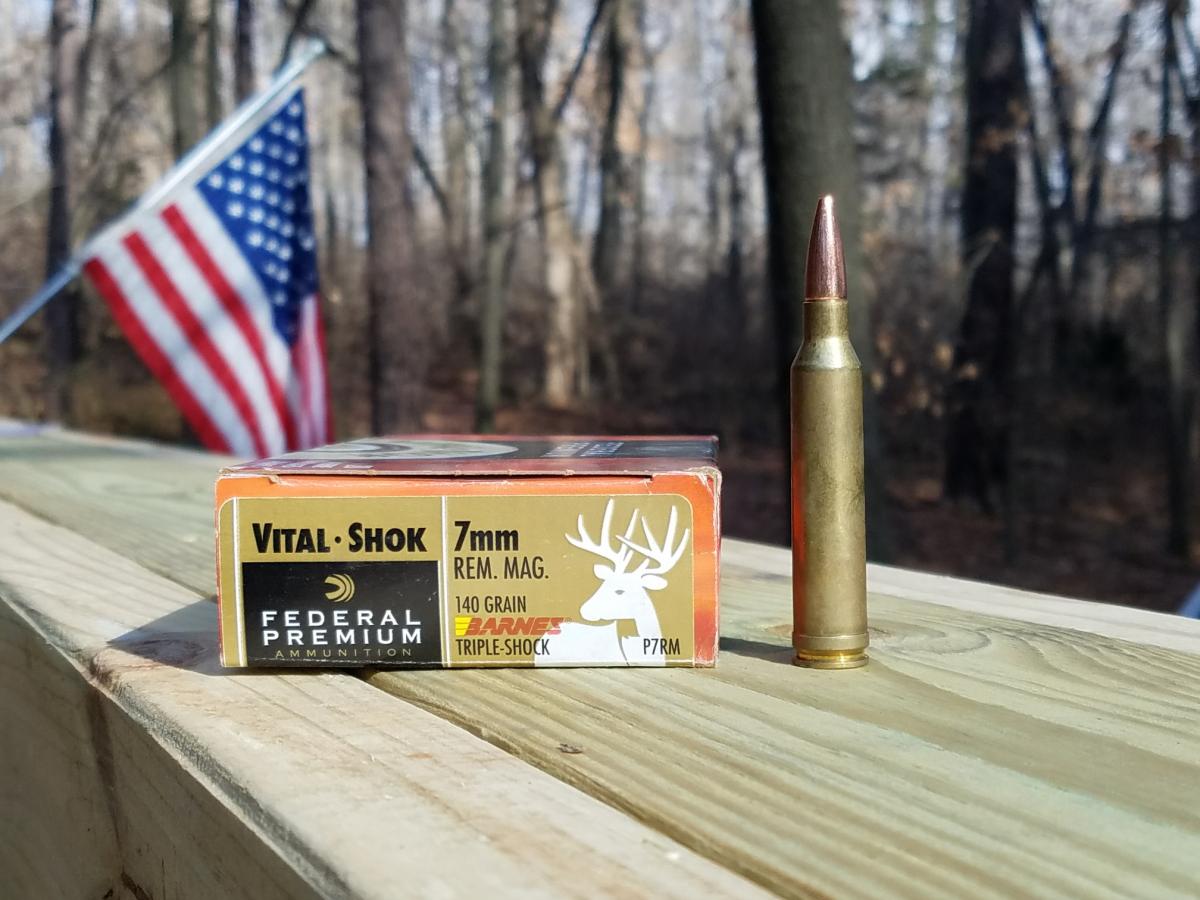 Most big game hunting is done with high powered rifles.  Lead-free ammo, usually with pure copper bullets, are available in all popular calibers, with a variety of bullet sizes available.   Tests have shown that non-lead projectiles are as effective or more effective than traditional lead core bullets. 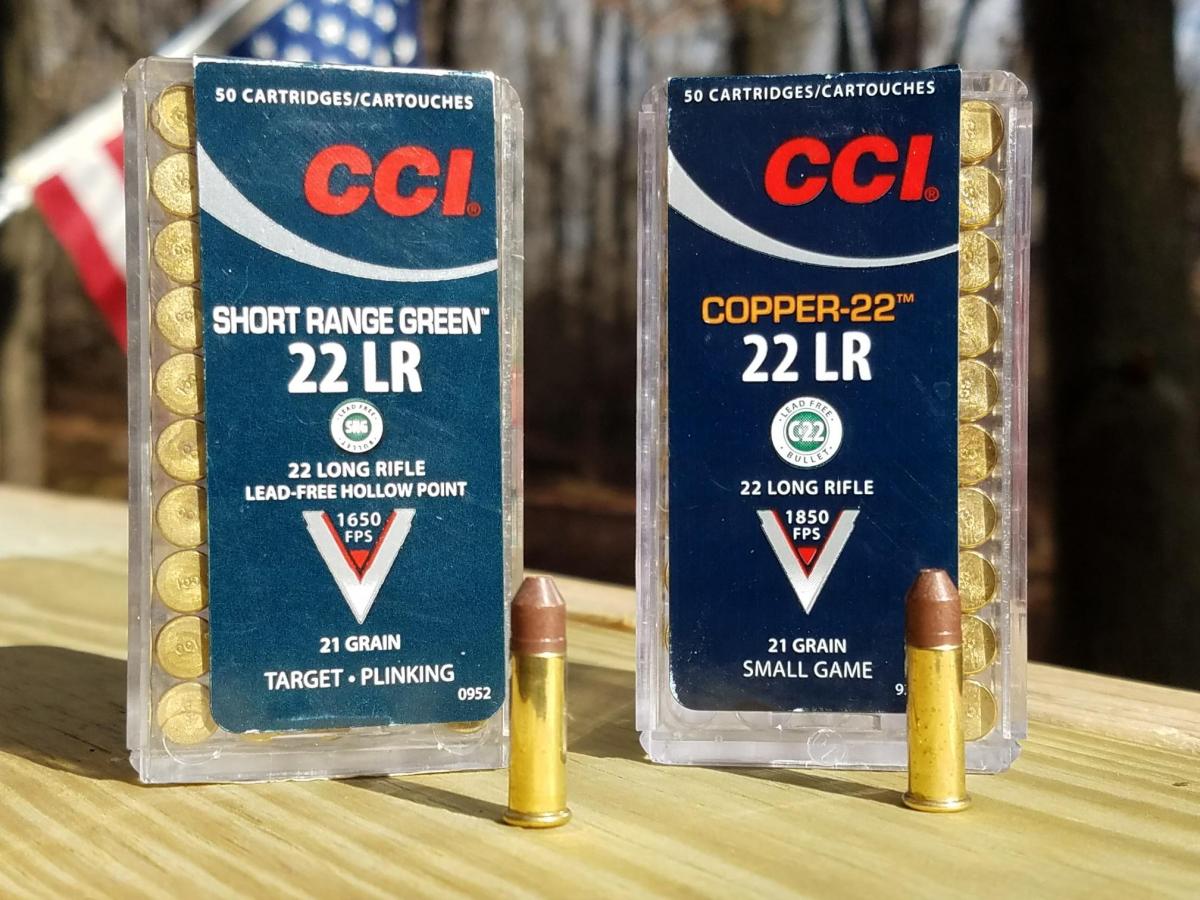 The .22 caliber rimfire cartridge is, by far, the most popular ammunition made and used in North America.  It is used for everything from target shooting and competition to the control of nuisance wildlife and hunting.  Tradition .22 cartridges have a pure lead bullet that fragments very easily, leaving behind many toxic shards.  New, alloy and pure copper bullets, coated with a lubricating polymer, are now available.  While the weight of the bullets is less than traditional lead projectiles, the new lead-free .22 cartridges produce extremely high velocity, increasing accuracy and efficacy on impact.

Non-lead projectiles for muzzleloading rifles or “primitive weapons” used to be limited to the so-called Sabot load, a copper projectile that sat inside a plastic cup.  A Sabot load for a .50 caliber muzzleloader with actually contain a .45 caliber bullet.  As more hunters began to request non-lead alternatives, many new designs became available.  This Powerbelt bullet is a pure copper, hollow-point bullet, with a plastic nose piece to facilitate expansion on impact, and a down-facing plastic cup on the bottom to assure a tight seal in the barrel for maximum power and velocity.  Most shooters achieve accuracy with these bullets that rival centerfire ammunition.  These and other lead-free projectiles are available for most popular calibers of muzzleloading rifles.

The Non-Lead Hunter from Anthony Prieto on Vimeo.

Studies have shown that very small lead fragments often end up in processed game, which are in turn ingested by hunters and their families. While there is no evidence that adult humans have been acutely poisoned by lead by eating game meat, children and pregnant woman are particularly sensitive to lead exposure, and small amounts of lead can have health consequences for anyone. Learn more.

Q. Do all types of firearms present the same risk to wildlife?
No, shotgun ammunition generally presents a far greater risk because each shell contains a lot more lead by weight, and frequently more than a hundred times the number of separate pieces of lead as a rifle cartridge.  Rifle and pistol ammunition typically contains only a single projectile in each cartridge.  A single round of “birdshot” (#9 or #7½ shot) can contain hundreds of tiny lead pellets, each only slightly larger than the head of a straight pin.  Each one of these lead pellets is enough to contribute to lead poisoning of an eagle or another scavenger.

While even single-projectile rifle and pistol bullets can distribute lead throughout the body of the quarry (up to 18 inches from the exit wound), the distribution of shotgun pellets can cover a circle several feet in diameter. A few pellets striking an animal – whether big game like deer or elk, or small game like rabbits and squirrels – may not kill it; in fact, shotgun pellets may remain inert in the muscle tissue of such animals for years. However, if the target animal is subsequently killed by a predator, like a hawk or an eagle, is hit by a car, or simply dies of natural causes, those pellets can subsequently kill the predator or scavenger that consumes the remains, even months or years after the original shot was fired. Many heavily populated localities require hunters to use shotguns for hunting deer since the range of buckshot and shotgun slugs is far less than rifles or pistols. In these areas, it is almost certain that every carcass or pile of discarded internal organs will also contain lead pellets or fragments.  In such areas, it is even more critical to eliminate lead-based hunting ammo, or assure proper disposal of what could total thousands of animal carcasses each season!

Have you made the switch to hunting with non-lead ammunition? We’d love to hear from you. If you’d consider writing a short summary about your experience that we could feature in a blog post, please email outreach@wildlifecenter.org.

"Why I Made the Switch" blog posts: