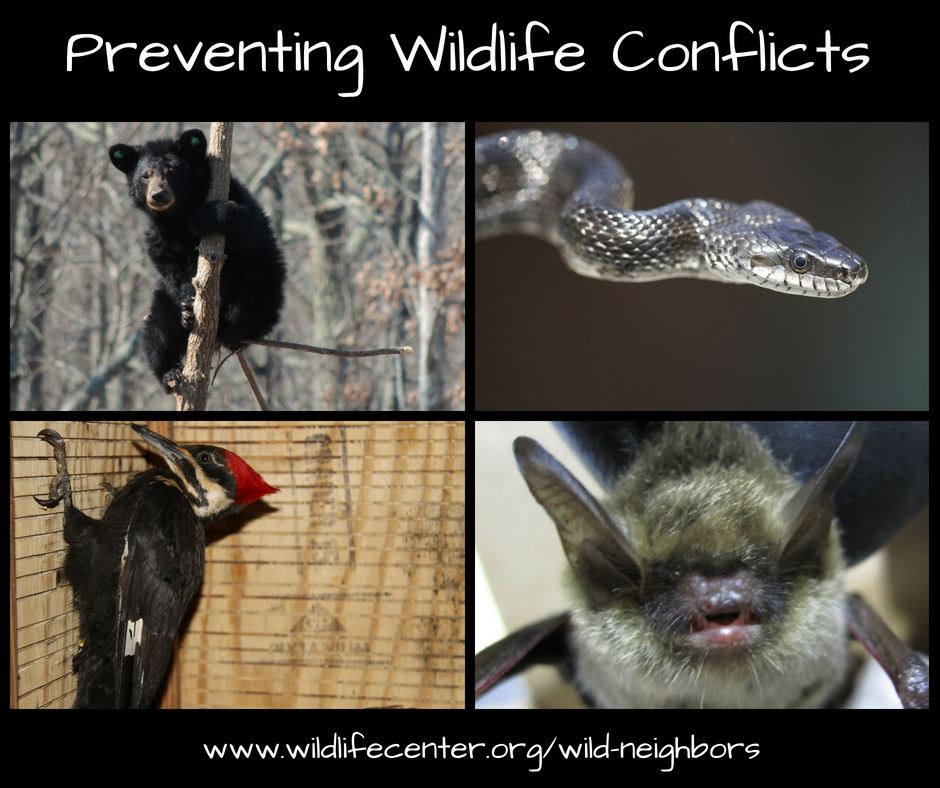 When homeowners and wildlife are neighbors, the potential for conflicts arise. Learn how to co-exist with the wild animals near your home – prevention is key!

Learn to live with your wild neighbors:

Many people ask about trapping and relocating nuisance wildlife. While it may seem effective and humane to move the problematic animal elsewhere, it’s not a good solution, for several reasons.

It doesn’t work. Relocating an animal that raids the garden or trash, or that dens under the shed or in the attic, doesn’t actually solve the problem. While relocating an animal might get rid of that individual, another animal will simply move into the vacated territory, and soon, they will be raiding the garden, getting in the trash, and/or denning under the shed. Taking the time to make the area less hospitable to solve and prevent conflicts will have a more successful long-term outcome.

It’s inhumane. While it may seem “nice” to take an animal to a better place, studies have shown that many relocated animals do quite poorly and don’t survive. Animals depend on knowing where to get important resources in their home habitats, and when they are moved, they have difficulty finding food, water, shelter, and safety. Relocating animals to new environments can also introduce diseases to the animal, or to the residents where the animal is relocated.

It’s illegal. In Virginia and many other states, it’s illegal to trap animals and move them off of your property. Licensed trappers who hold a Commercial Nuisance Animal Permit may trap wildlife and release them at the edge of a homeowner’s property, or may humanely euthanize the wild animals. These trappers cannot relocate wildlife. The Humane Society of the United States has additional information for those who are looking to choose a humane, effective wildlife control company.