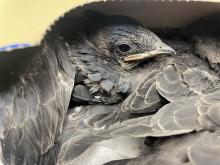 On June 23, the Wildlife Center had an unusually busy morning when 17 Purple Martins from Chesterfield County were admitted in a matter of minutes. The birds were part of a colony in a private citizen's backyard, but the pole carrying their nests came down during a storm, completely destroying all of the colony's nests. The citizen had no replacement homes for the displaced Purple Martins, so they contained the birds in a box and brought them to the Wildlife Center.

Purple Martins are aerial insectivores that can be found throughout most of the eastern and central United States. These birds typically live in large colonies, and while they used to live primarily in the cavities of trees, decades of habitat loss combined with the availability of man-made bird houses has caused the bird to rely more on people for nest sites, especially in the eastern portion of their range.

On admission, the veterinary team worked to quickly examine each of the birds. The Purple Martins' age ranged from nestling to sub-adult, and luckily all were found to be healthy and uninjured. Not wanting to keep the birds in rehabilitative care unnecessarily, Center staff reached out to local Purple Martin experts, including the Purple Martin Conservation Association (PMCA), for help. The PMCA recommended that the birds be placed in an existing colony where they could be fostered by the parents of other nestlings; because Purple Martins do not recognize their nestlings until they fledge, this allows the opportunity to add more birds to an existing nest. The PMCA reached out to its list of Purple Martin Landlords in the area and connected the Center with Anne Bachman, a Purple Martin Landlord in Charlottesville who had available space to re-nest the birds in her colony.

Before moving forward with re-nesting, the Center contacted the Department of Wildlife Resources (DWR) for approval since the re-nesting site was located outside of the county from where the birds came. DWR quickly approved the Center's plan, and on June 24, Center staff provided a pre-release meal for the Purple Martins and then loaded them up in a van for transport to their new colony. 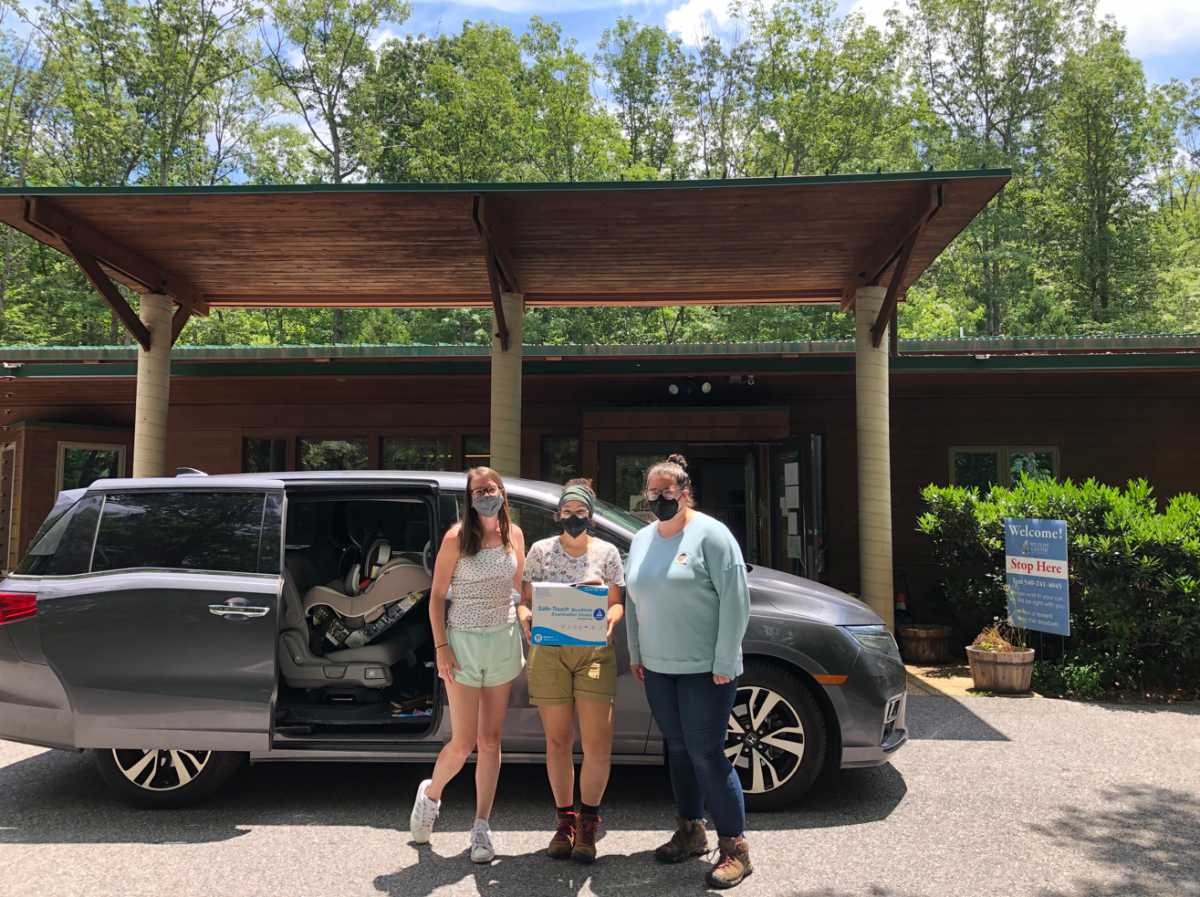 Later that evening, Anne reported back that re-nesting had been a success! Each young bird was placed in an existing nest in her colony, while making sure not to overburden any particular parent with too many young.  Shortly after re-nesting the birds, Anne saw the adults enter the nests and care for their new additions. Anne will keep a close watch to make sure none of the birds need help, but at this point, it appears the nestlings are settling in well in their new colony, where, if they survive to adulthood, they may one day raise young of their own. 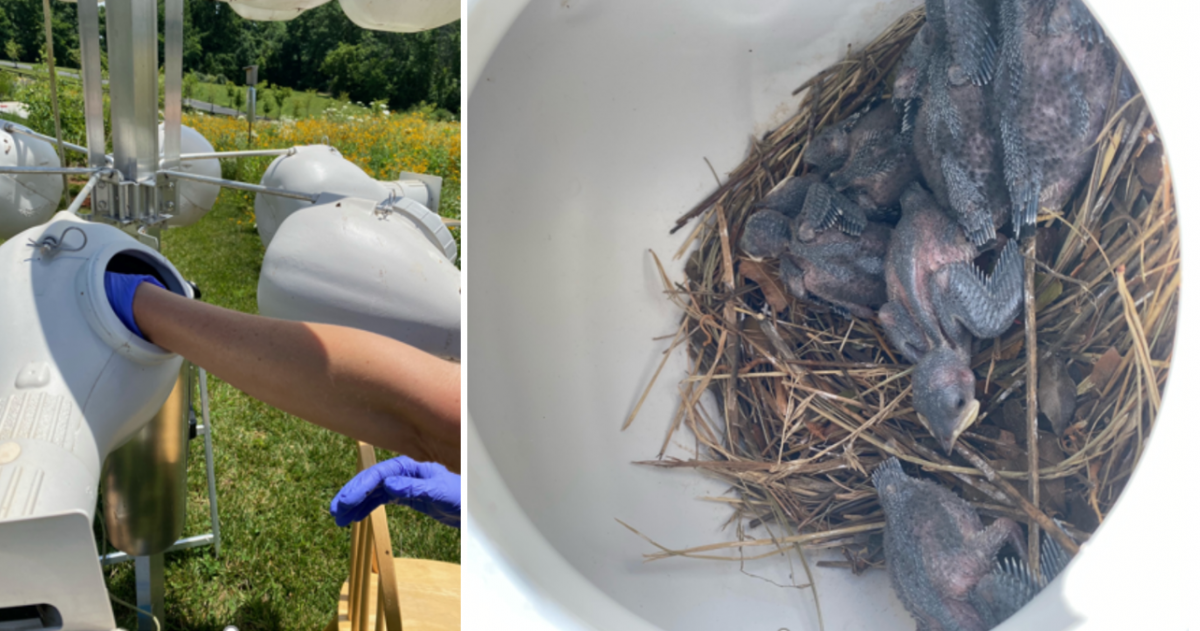