Vote for the Barred Owl name!

In mid-January, the Wildlife Center enlisted the help of K-12 students in coming up with a name for a Barred Owl – a non-releasable bird that will soon be traveling the state as one 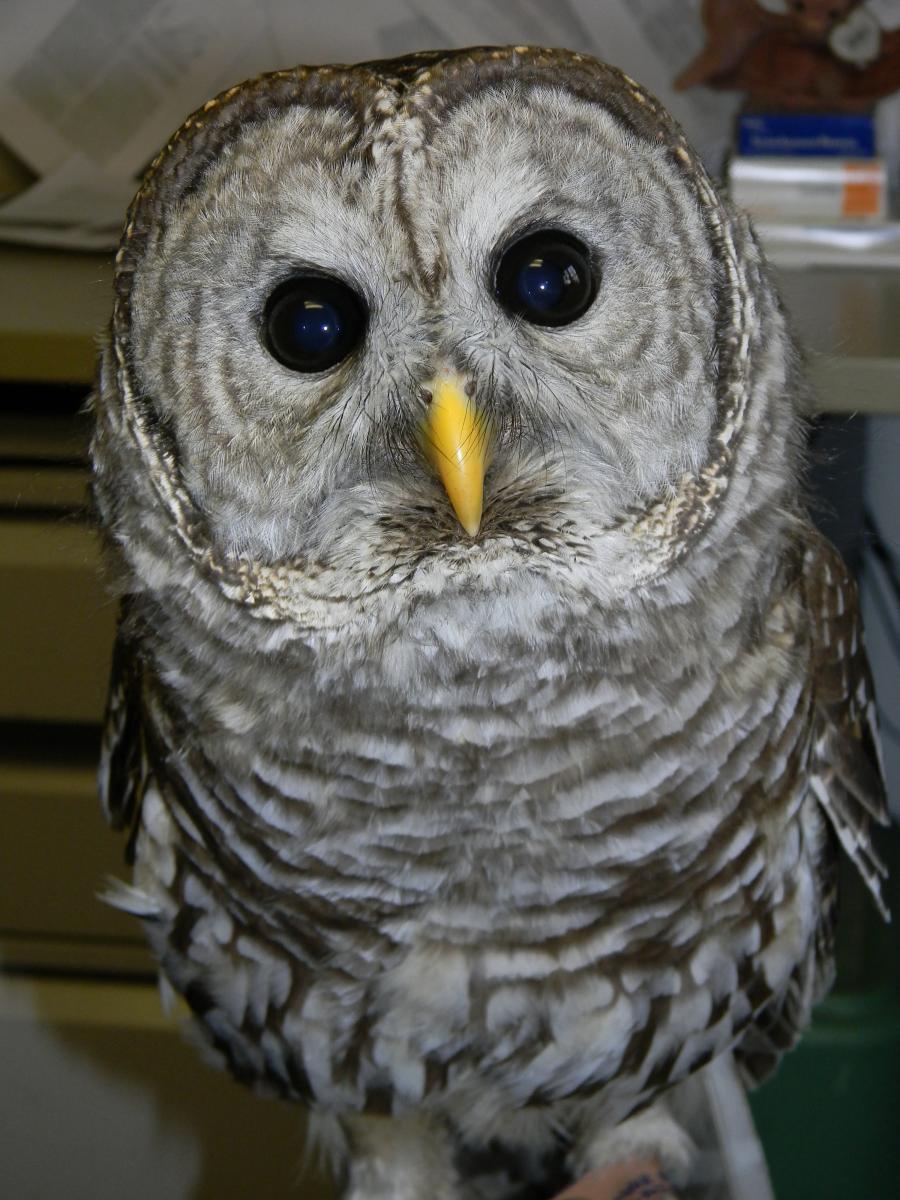 of the Center’s education ambassadors.

Over the three-and-a-half week period when names were accepted, schools and classrooms in 13 states and Canada submitted 86 names. Some of these names were suggested due to the owl’s physical characteristics; other classes spent time looking for inspiration as they studied other subjects in school. Some children did their “homework” and read about owls outside of class time, and other teachers used this as an opportunity to create a lesson in direct democracy and let their students vote on a short list of names.

We’re delighted to know that so many students throughout North America spent time trying to pick the best name for our education owl. Narrowing the list down was difficult, but here are the final five names:

Athena.  Suggested by Mrs. Hill's 6th -- 8th grade Wildlife Club at Fort Bragg, North Carolina. Mrs. Hill wrote, "I sent them to research owls and come back with a suggested name for a girl owl. The key was researching owls and what other cultures believed about them. Three brought the ancient Greek history to me with Athena as a possible name. 'From ancient Athens, the silver four-drachma coin bore the image of the owl on the obverse side as a symbol of the city's patron, Athene Pronoia, the Greek goddess of wisdom who, in an earlier incarnation, was goddess of darkness' [The Owl Pages (Owls in Lore and Culture)]. We know it is a female and are suggesting Athena based on the Greek goddess of wisdom who was also the goddess of darkness!"

Ginny.  Suggested by third-grader Isabela in Mrs. Matheson's class at Desert Valley Elementary in Arizona. Mrs. Matheson notes, "Ginny is short for Virginia. Since the Wildlife Center is in Virginia and the owl would be living there, Isabela thought it would be a good name."

Harriet.  Ms. Lambert's second grade class at Greene County Primary School in Stanardsville, Virginia suggested this name. Ms. Lambert explains, "We (my two small groups of second grade reading students and I) decided we wanted a strong name and decided it needed to be a girl's name since the post refers to the owl being a girl. We looked up names first, then decided if there were any famous blind girls or women ... we found Harriet Tubman who had been through head trauma and was left visually impaired and with seizures and thought it matched. We have been reading books about owls and plan to do some owl art and writing in the next couple of weeks."

Luna.  Suggested by three classes. Fifth-grader Katie in Mrs. Tuck's class at Brunswick Academy in White Plains, Virginia, said, "I chose this name because I always remember the book about the bat and owls fly so I chose this name."  A K-7 group of students at Classical Conversations homeschool in Staunton, Virginia decided on Luna because it "means moon, and owls are most active at night, and a pretty name for a pretty owl."  Ohio Virtual Academy fifth-grade student Erica, who lives in Perrysburg, Ohio, also suggested the name Luna.

Penny.  Seventh-grader Lawan in Ms. Smith's class at Skyline Middle School in Harrisonburg, Virginia suggested Penny because "of her copper brown color and big round eyes." 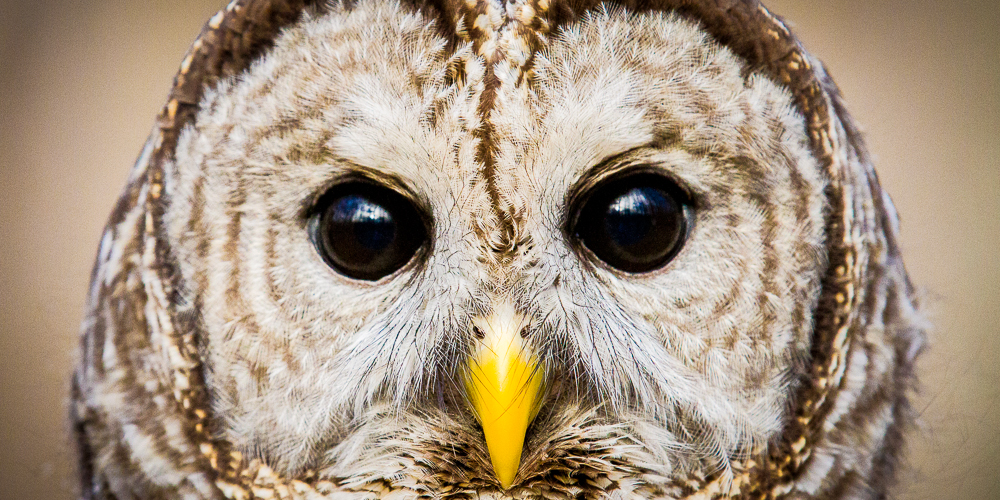 With more than 2,200 votes in on Friday, February 22, the winner was announced:  Athena!  Welcome Athena. And congratulations to Mrs. Hill's Wildlife club!  Help us celebrate by adopting Athena through the Wildlife Center's Caring for Critters program.

At the Wildlife Center, patients are assigned numbers, but education animals [permanent residents] are given names. The education ambassadors help better connect people to wildlife and inspire the action that each of us can take to protect wildlife and the environment.   Generally, the Center prefers to pick names for the education animals that inspire a connection to wildlife or impart knowledge about an animal. A meaningful name is an opportunity to convey more knowledge about animals and to engage and inspire our supporters to preserve and conserve Virginia’s wildlife.

Thanks for your help!