The Wildlife Center is sad to announce the death of Quinn, an education Great Horned Owl, on April 5, 2019.

After receiving his annual exam on April 2, Wildlife Center veterinarians determined that several of Quinn’s previously-known health issues had become significantly worse during the past year. In addition to finding several masses in Quinn’s abdominal cavity and lung that may have been cancerous, clinical signs showed that his recently-developed right wing droop was likely to be painful for Quinn. As a team, the veterinary and outreach staff decided that the most humane decision was to euthanize Quinn before his condition and quality of life would worsen. 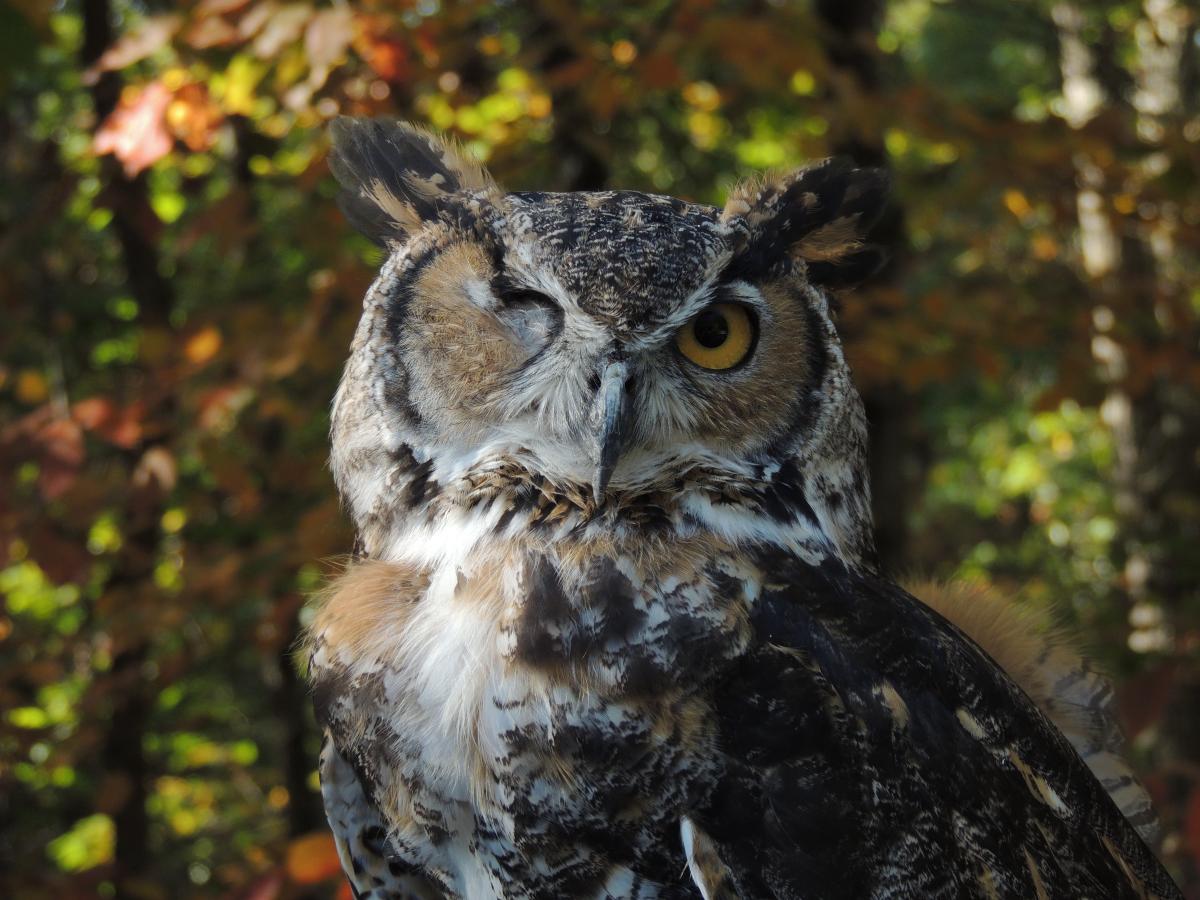 Quinn came to the Wildlife Center as a patient in May 2008, after he was found trapped and entangled in a fence near the Roanoke, VA area. His right eye was severely damaged, and Wildlife Center veterinarians determined that it would need to be surgically eviscerated. Injuries to both wings prevented his flight feathers from growing in properly, and after being deemed non-releasable, Quinn officially joined our team of education ambassadors in 2011. 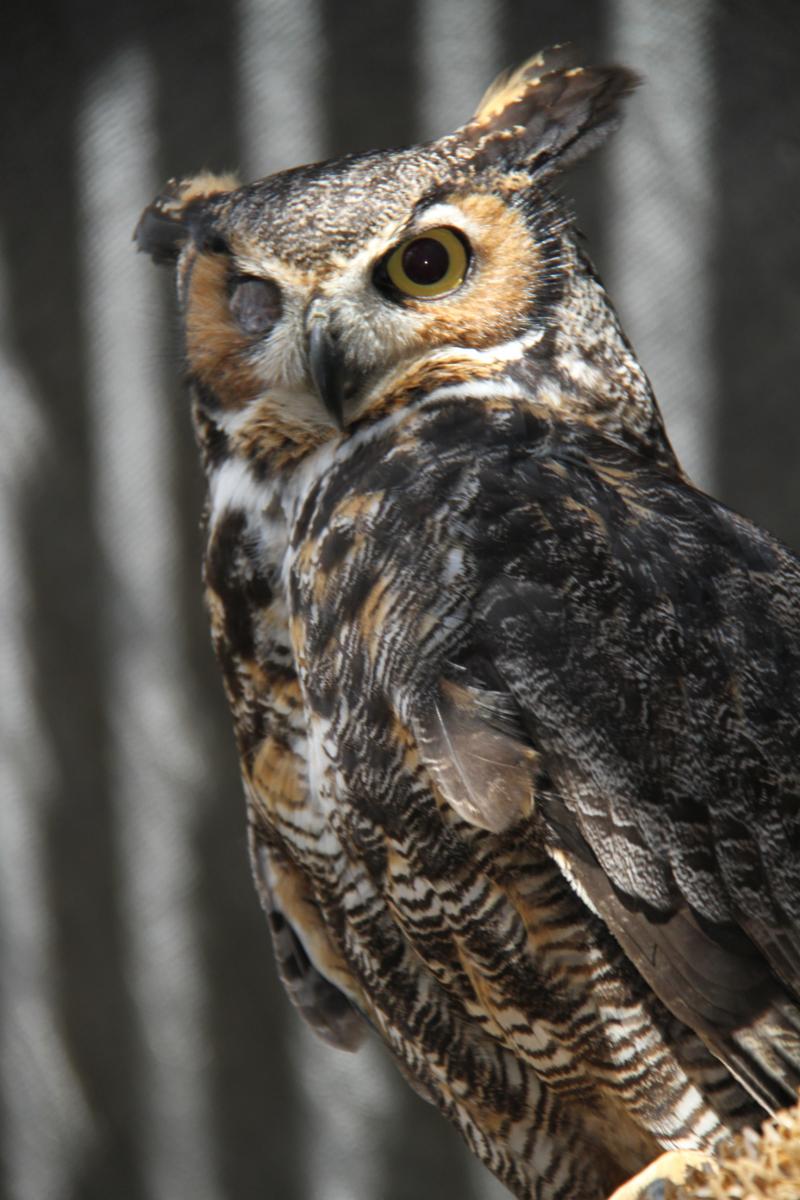 The story of his rescue, and the reasons why he was deemed non-releasable, aligned very well with many of the Center’s education program themes. During his career at the Wildlife Center, Quinn appeared in a staggering 950 programs, and met more than 45,000 people. While he was in good health, Quinn was one of the most-frequently used education raptors and traveled with the outreach staff to countless schools, libraries, and special events.

During the past eight years, Quinn has been a tremendously well-loved member of our family. Despite being one of the largest and most-powerful raptors at the Center, he was known to be one of the most patient and forgiving when working with outreach staff and volunteers. It would be hard for anyone to forget meeting his striking yellow-eyed gaze, but younger audience members always seemed to be especially captivated by the sight of such a beautiful owl.

Goodbye, Quinn, and rest in peace. Your friends and family will deeply miss you. 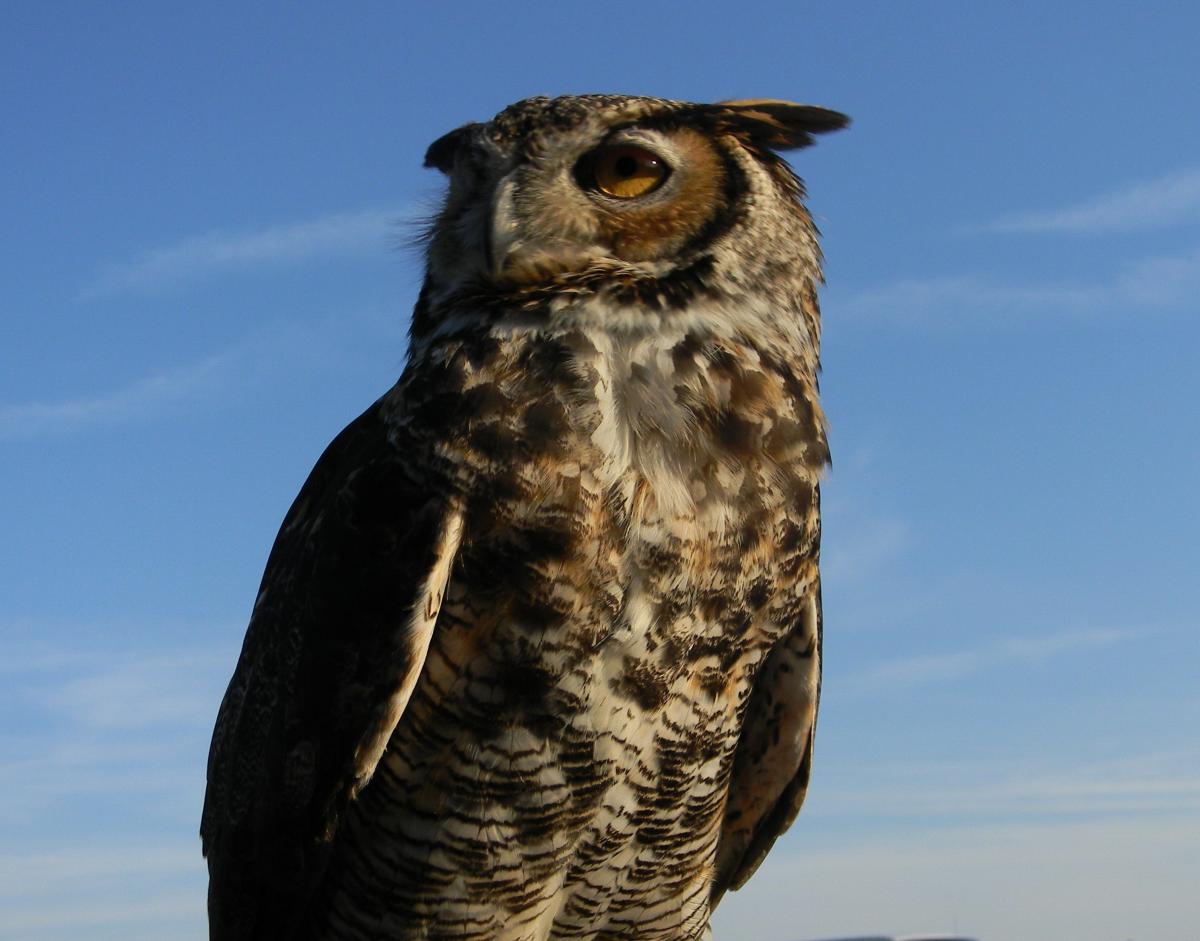