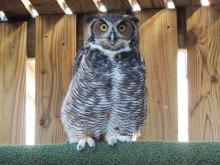 The Wildlife Center is saddened to announce the death of Papa G’Ho, the Center’s non-releasable surrogate Great Horned Owl. Papa died in his enclosure on November 30, 2022. It’s unknown exactly how old Papa was, though he has been at the Center for the past 21 years.

Papa G’Ho was admitted to the Center as an adult bird in December 2001 after he sustained injuries to his wings and feet, likely from being hit by a vehicle. The veterinary team found that Papa was missing a small bone at the tip of his wing -- the equivalent of his thumb. Although this was a small permanent injury, it had a big impact on Papa – he never regained his ability to fly silently, critical to the hunting success of owls in the wild. 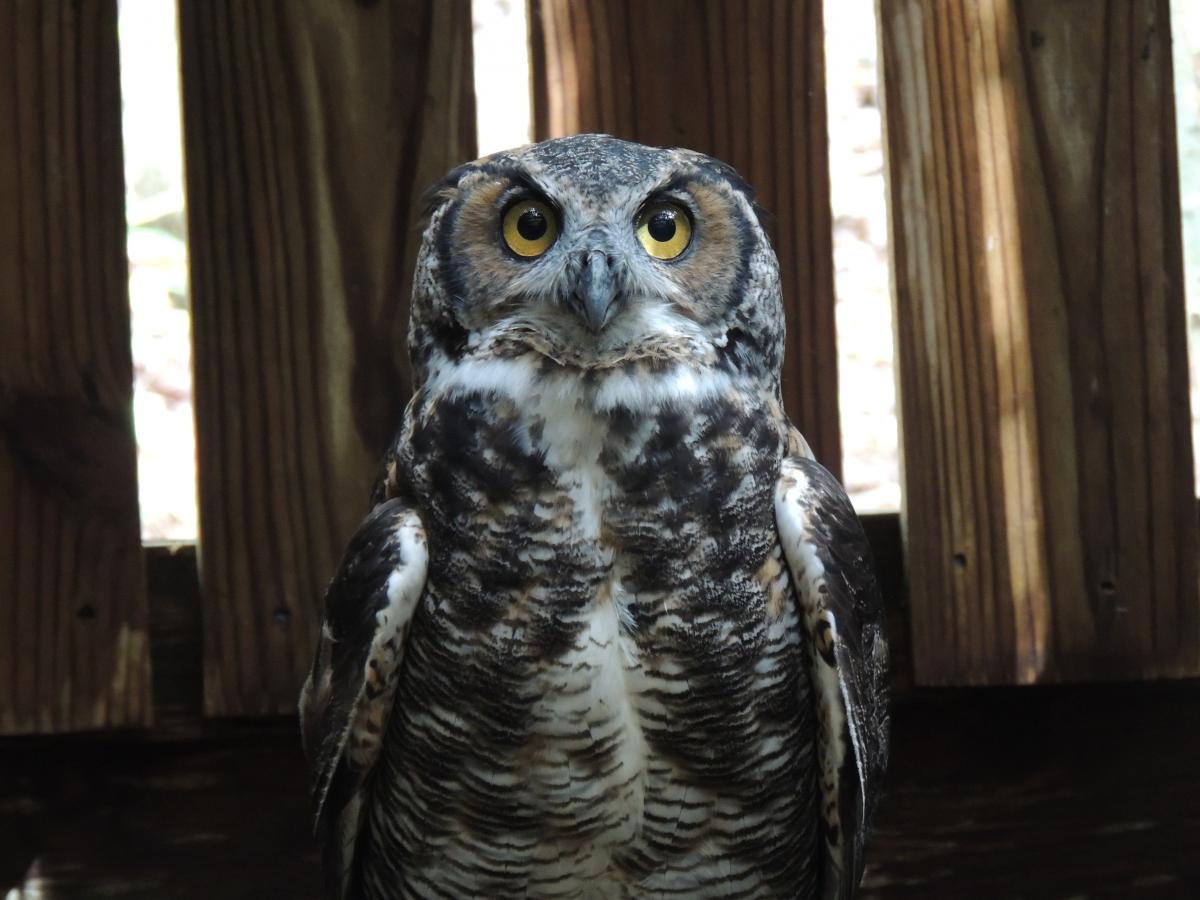 Instead of joining the Center’s public education ambassador team, Papa joined the staff and filled another critical role – the job of an owl surrogate. Surrogate birds provide an adult role model to young members of their species to counter their interaction with human caregivers and help avoid improper imprinting. The surrogate parent demonstrates proper behaviors for their species and reinforces their wariness of humans. This enables the young birds to be released back into the wild with appropriate behaviors, vocalizations, and reactions to humans. In his 21 years at the Wildlife Center, Papa raised 53 young Great Horned Owlets.

Papa was a long-term resident, but the public, and most staff members, never saw him in person. While Papa spent more than two decades living near his human caregivers, he did not particularly like people; his duty was to remain wild and focus on each year’s crop of young owlets, and he did that job very well.

Despite this level of detachment, people worldwide developed a deep affinity for this fierce, protective father figure. Thousands of people were able to see Papa and his owlets through the Center’s Critter Cams during the past 11 years. They watched as Papa fiercely defended his young when humans entered the enclosure, and they also saw how gently Papa preened the feathers of his surrogate children. Very fortunate Critter Cam viewers were even able to spot Papa retrieving food and presenting it to his owlets – a natural fatherly behavior of wild Great Horned Owls.

Staff, students, and experienced volunteers performing routine health checks or other daily procedures often had a face-to-face encounter with a large, intimidating Great Horned Owl who was not about to back down. Through these interactions, Papa generated an appropriate healthy fear and respect and helped train hundreds of students who have come to the Wildlife Center to learn more about wildlife rehabilitation.

In his time at the Center, Papa was the subject of many news articles highlighting his special role; in addition to raising so many young wild owlets, Papa’s other claim to fame was winning the 2012 “Coolest Dad” contest with Virginia Living magazine, in which he won $10 worth of mice. 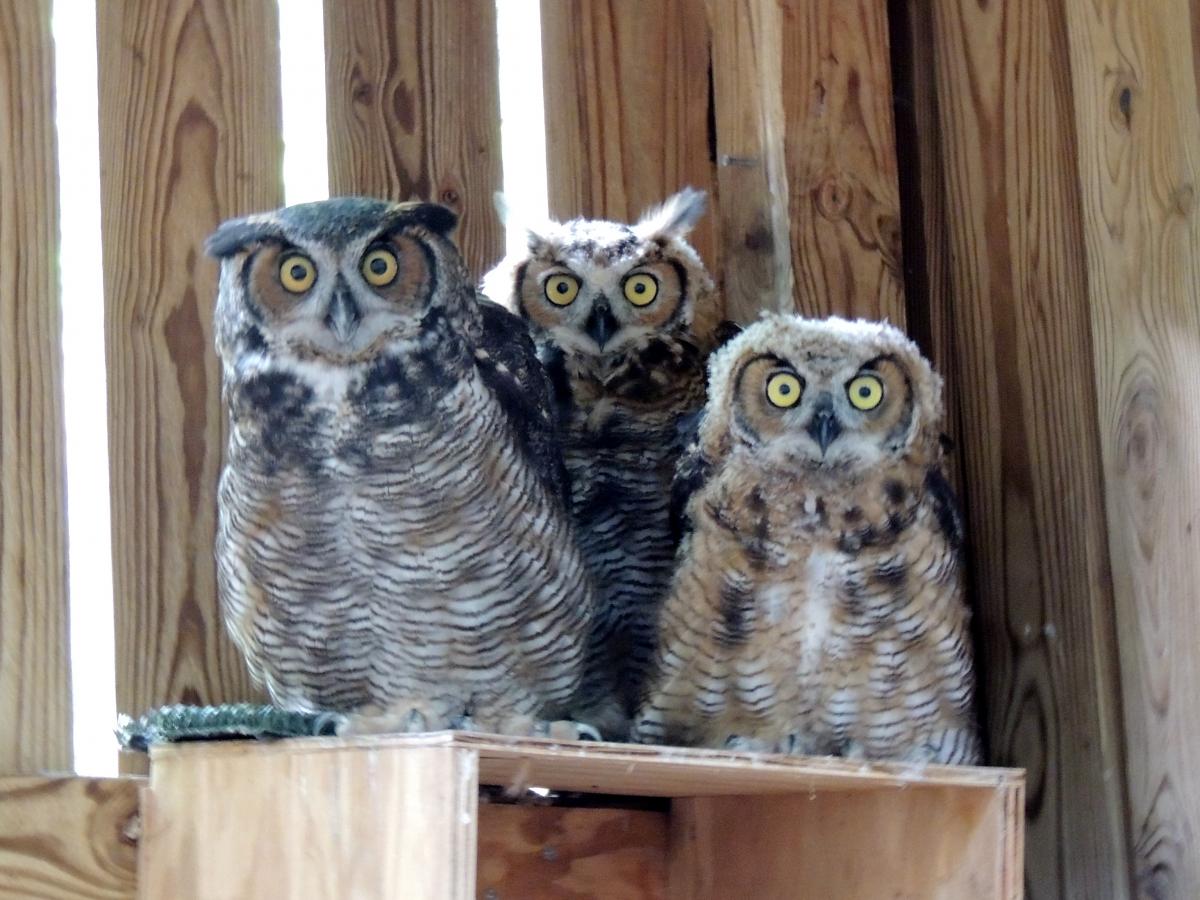 Rest in peace, Papa. Thank you for your years of service.