On the afternoon of June 6, the Wildlife Center staff made the difficult decision to humanely euthanize Jaz the American Crow due to chronic health issues associated with her advanced age. 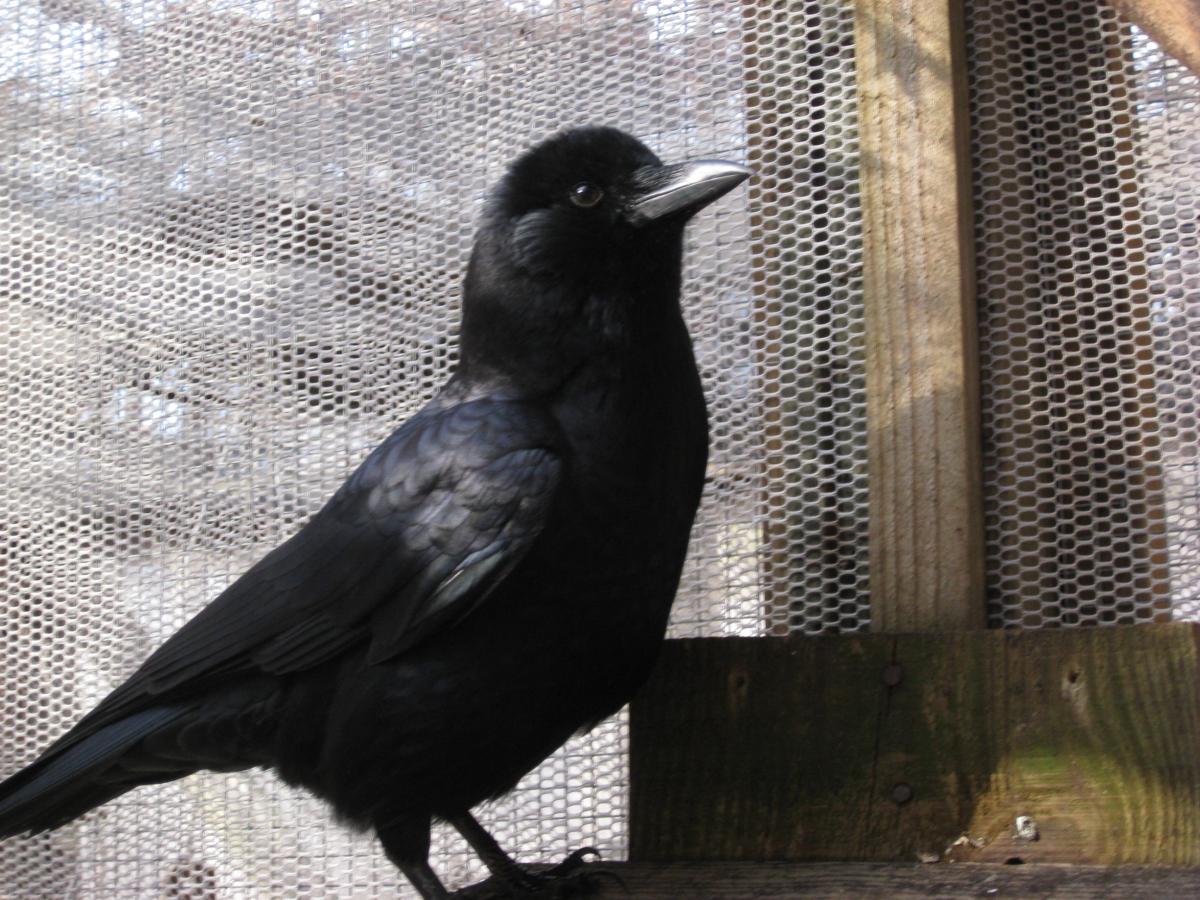 Jaz was hatched in the wild in Warren County, Virginia in May 1992. She was found as a pre-fledging, alone under a tree and apparently abandoned by her parents. Her rescuers transported her to the National Zoo’s Conservation and Research Center [CRC] in Front Royal, VA, where she served as a “surrogate species” for endangered wildlife. In fall 2007, the CRC determined that Jaz’s enclosure would need to be torn down to make room for new caging, and Jaz was relocated to the Wildlife Center where she joined our team of education ambassadors.

At the time of her passing, Jaz was the oldest ambassador on our team – she lived to be an impressive 27 years in age. After receiving her annual exam in March, Wildlife Center veterinarians determined that some of Jaz’s previously-known health issues associated with her geriatric status had become more pronounced. More recently during the past few weeks, staff members noted that Jaz’s mobility had significantly declined, a likely result of the arthritis in her hips, knees, and hocks. As a team, the veterinary and outreach staff decided that the most humane decision was to euthanize Jaz before her condition and quality of life would worsen. 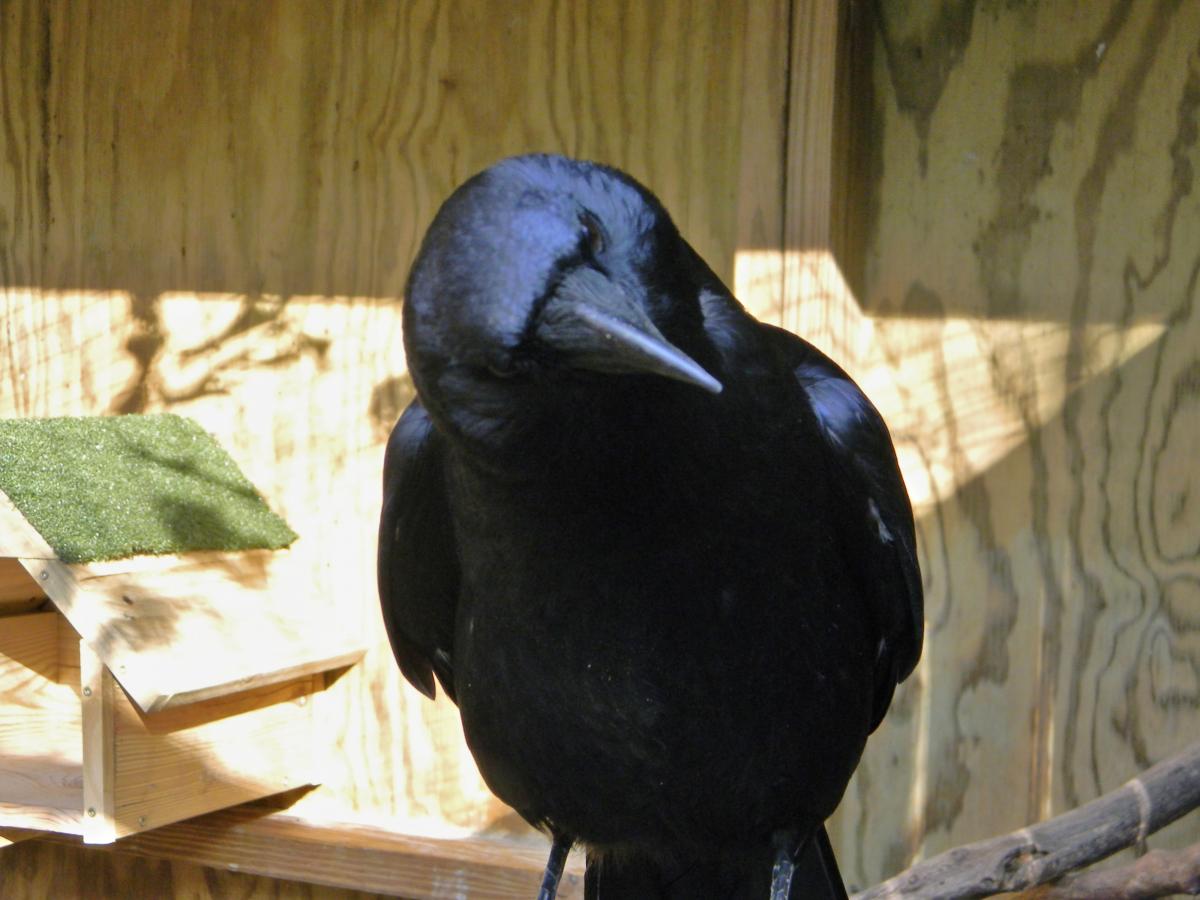 While Jaz never traveled off-site for programs, she was a mainstay of almost every single Open House tour, field trip, and visit to the Center for 12 years. During her career at the Wildlife Center, Jaz appeared in 962 on-site tours and programs and met more than 25,000 children and adults.

For more than a decade, Jaz has been an especially cherished and well-loved member of our family. Those who had the chance to meet her quickly learned that despite her small size, she had a huge personality. Whenever tour groups stopped by her enclosure to learn about her story, she would always show her excitement with a chorus of boisterous caws; whenever staff members spent a quiet moment with her just to say “hello”, her gentle clucks and grunts would guarantee a smile.

Goodbye, Jaz, and rest in peace. Your friends and family will deeply miss you. 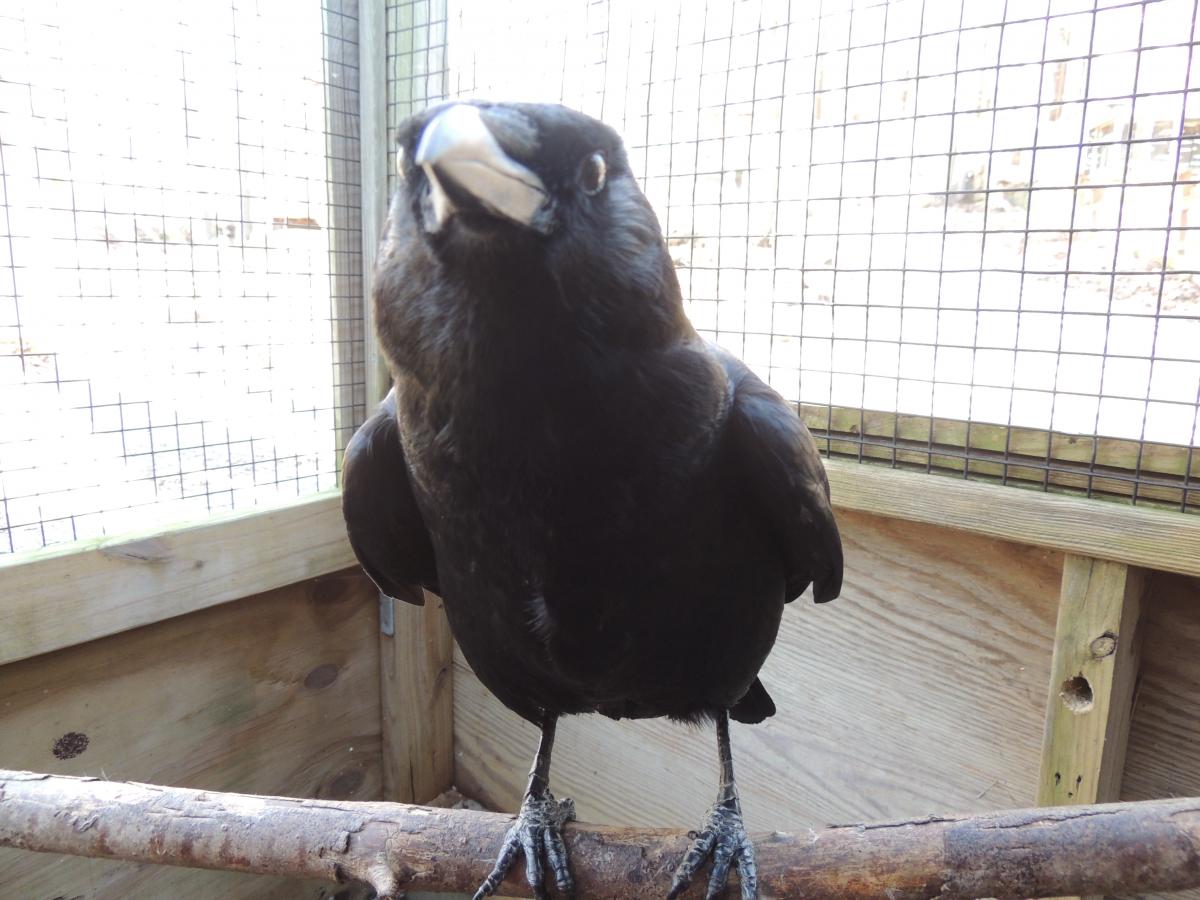