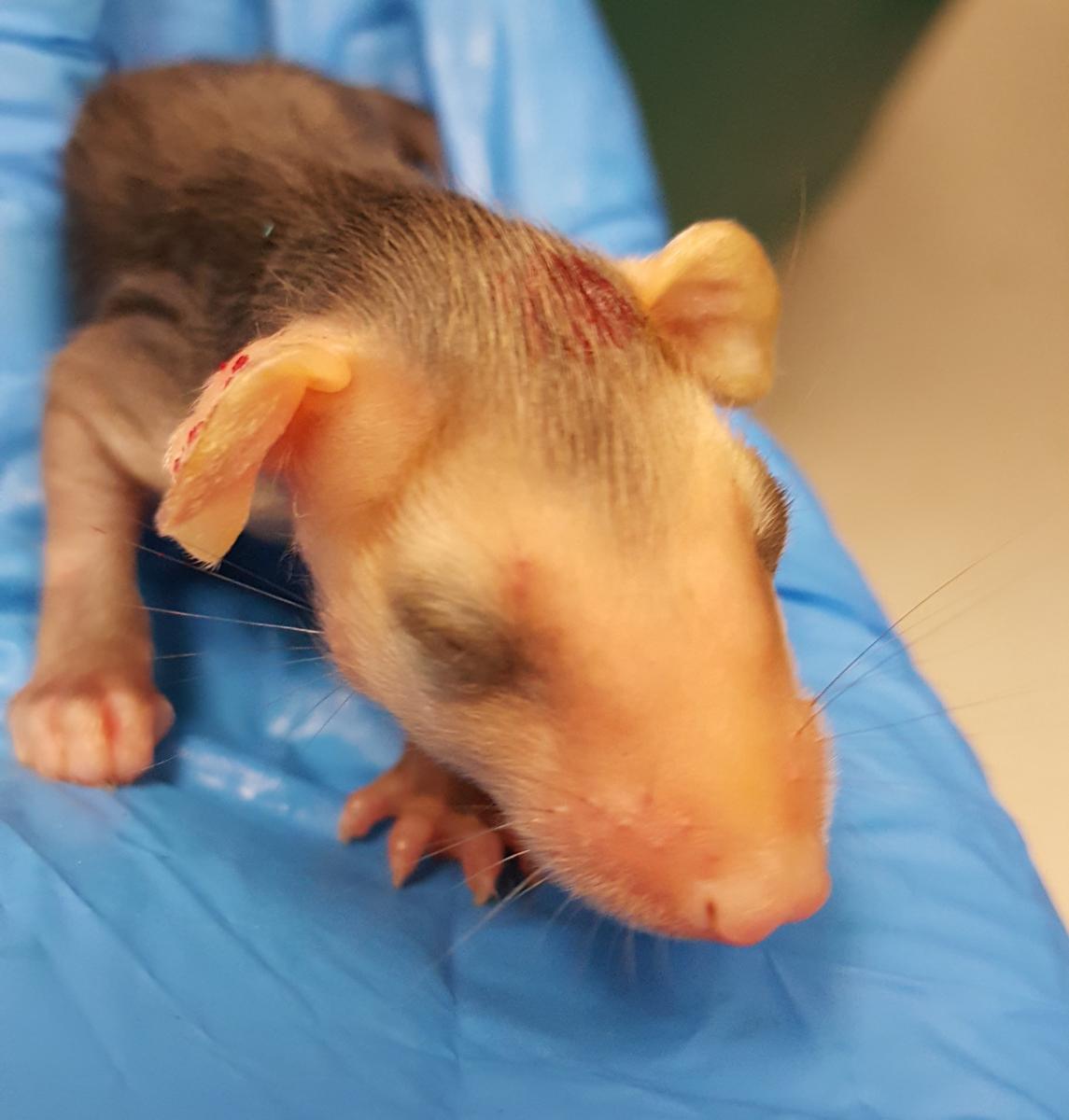 On July 6, the Wildlife Center admitted patient #19-2070, the 80,000th patient admitted to the Wildlife Center since its founding in 1982. The patient was a young female opossum, found in the pouch of her deceased mother, along with her eight siblings. The rescuer of the opossums found the dead mother opossum on a road in Afton directly outside of their house; the mother was likely hit by a vehicle.

The nine young opossums were examined, weighed, and given subcutaneous fluids before they were set up in an incubator in the Center's ICU room. The young joeys will be tube-fed multiple times a day while at the Center, though it's likely that they will be transferred out to an at-home wildlife rehabilitator or smaller rehabilitation facility since they are healthy. The Center generally attempts to transfer healthy orphans to other permitted wildlife rehabilitators, to allow our veterinary and rehabilitation staff to focus on wild animals that need to the specialized care of a wildlife hospital. 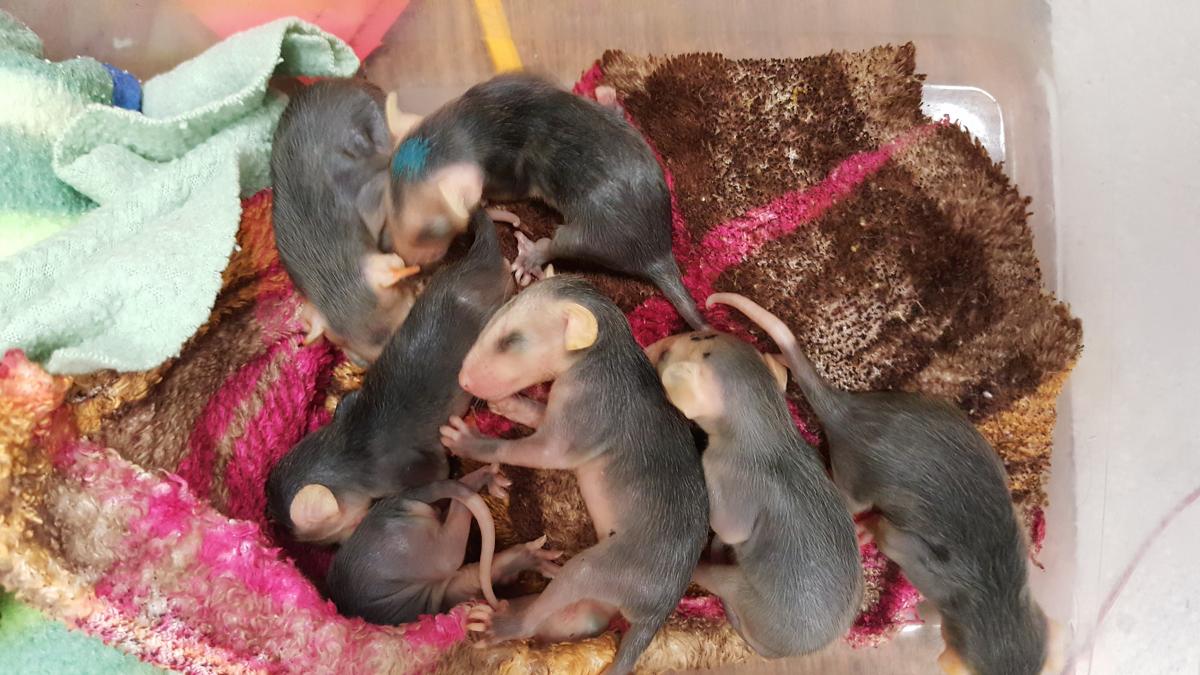 Opossums are one of the most numerous species admitted to the Wildlife Center; each year, the Center treats hundreds of baby opossums, mostly young found in the pouches of their deceased mothers. Opossums are often hit by vehicles, though the impact that may kill the mother may leave the babies uninjured but in need of help.

To honor this milestone patient admission, the Center created a new t-shirt - noting "80,000 patients, 200 species, 1 hospital". The pre-order deadline for this t-shirt is Tuesday, July 9 at 9:00 a.m. Eastern.