When the Wildlife Center announced that Buddy would become a member of the Center’s corps of non-releasable education animals in April 2010, many "Buddy fans" began asking about a new enclosure for Buddy -- one that would be more fitting for such a famous and well-loved bird. As the 2011 Garden of Eagles calendar took shape later that same year, supporters decided that the proceeds from the sale of the calendar should be earmarked for construction of a new permanent home for Buddy.

After much discussion and planning, Wildlife Center staff settled on a design for Buddy's new enclosure. The Center was looking for an enclosure that would meet several objectives — giving Buddy space to spread his wings, providing appropriate all-weather shelter and a good training environment, and providing good public visibility.

In July 2011, some materials were purchased for the new building.  Friends at Kjellstrom & Lee Construction oversaw the entire project; ground-breaking was in August 2011, and by September 21, the enclosure was ready for Buddy's big move!

On September 21, Buddy moved into his new enclosure. At first, Buddy sat on his "mailbox perch" — a familiar object — and looked around his new place. After a few minutes of taking it all in, he flew to his highest swinging perch. On hand for the "grand opening" were staff from the Staunton branch of Kjellstrom & Lee, the construction firm that has provided terrific assistance to the Center in building Buddy's new home (and an earlier reconstruction of the Center's largest eagle flight-pens). Special thanks to all of the Wildlife Center and Buddy supporters who purchased a 2011 Garden of Eagles calendar. The proceeds from this calendar made the Buddy enclosure possible!

Photos of Construction and Moving Day 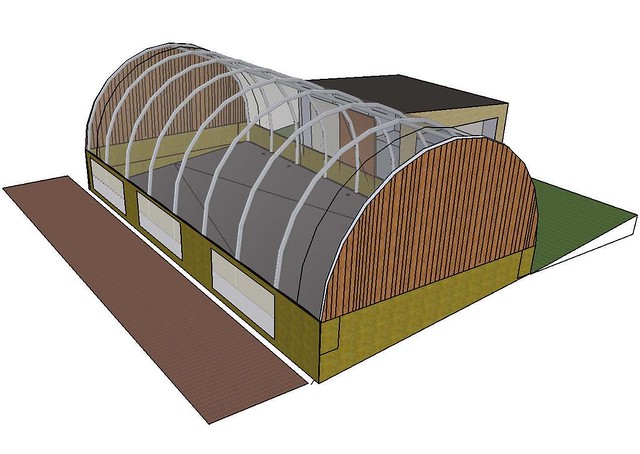