Mathematics and Statistics with Owls

We love hearing how creative teachers are using the Critter Cam and other Wildlife Center information in their classrooms.  When Mrs. Matheson’s fifth-grade class adopted Misty and Gus [two of the Wildlife Center's education Barred Owls], there were many lesson plans that were centered around the owls.

Mrs. Matheson has taken the role of the Wildlife Center’s education ambassadors to a new level by incorporating these animals into writing assignments, math lessons and quizzes, science lessons, and more. One of Mrs. Matheson's math lessons centered around weights from the class's adopted Barred Owls.

Mrs. Matheson had her students created two types of graphs -- bar  graphs and line graphs -- for the owl weights. First, the students "warmed up" by creating a single-bar graph of Gus's weights.

After the students had mastered single-bar graphs, they created double-bar graphs using both Gus's and Misty's weights. Mrs. Matheson created the worksheet for her fifth-grade students; they were responsible for titling the graph, as well as labeling the x- and y-axes and providing a legend [key] to accurately complete the graph.

The next assignment was to create a double-line graph with the owls' weights. 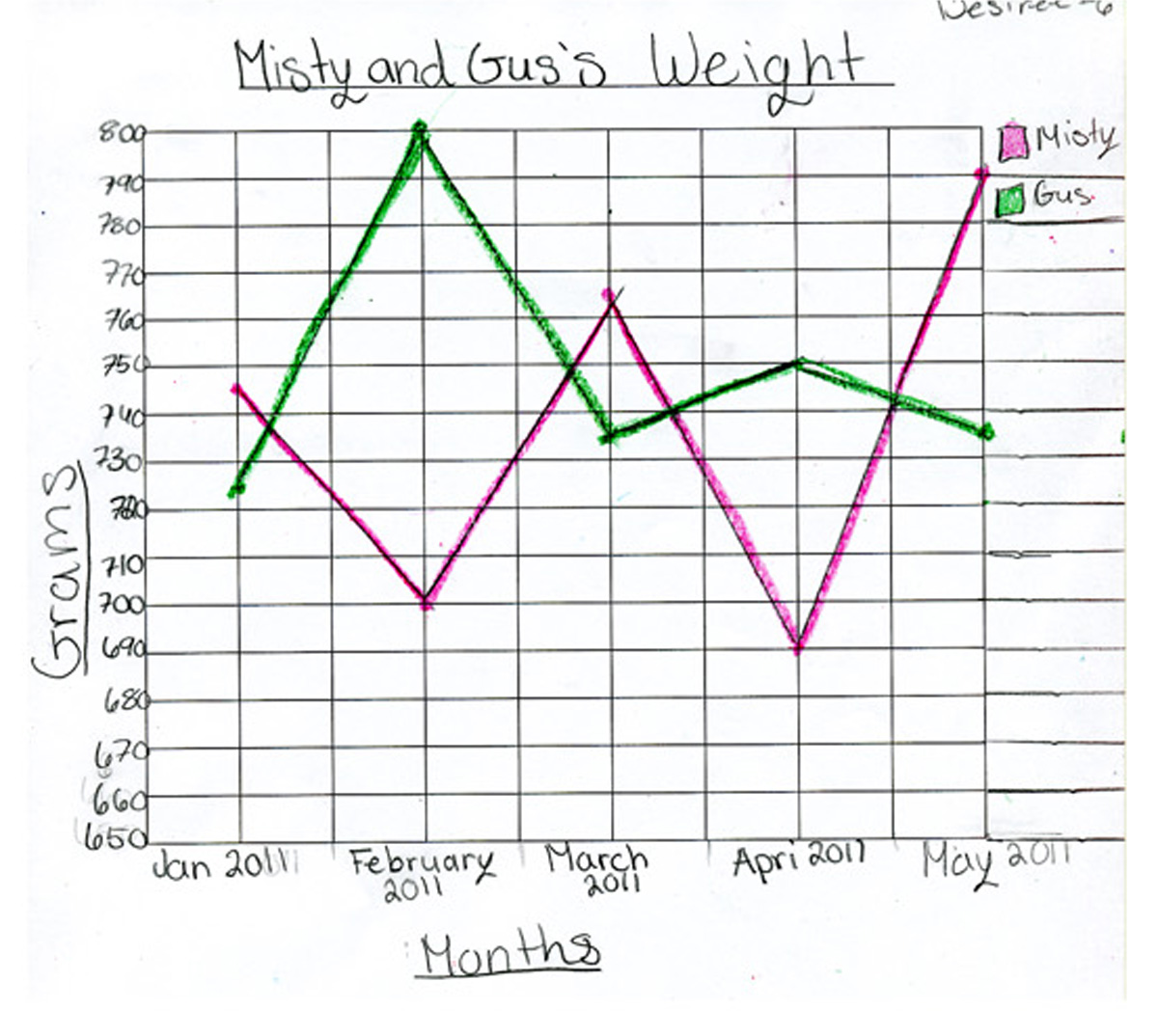 Mrs. Matheson reports that the students really enjoyed the activities and began exploring additional questions.  Further discussion ensued between the students -- such as which owl weighed more, the total combined weights of the owls, and so on. Conversations began taking on a statistic-like tone -- and that was actually one of the students' next lessons!

For the statistics lesson, Mrs. Matheson had students use the owl weights to find the mean, median, mode, and range of the given data set.