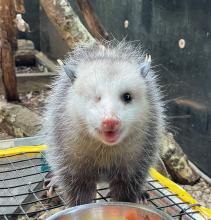 During the spring of 2022, a young Virginia Opossum was admitted to the Center after he was injured by a free-roaming outdoor cat. While he recovered from most of his injuries, his right eye sustained considerable trauma and needed to be removed. While only one eye, this opossum would not have been able to survive in the wild and was deemed non-releasable by veterinary staff -- but his story was far from over. Based on his age, temperament, otherwise healthy condition, and other factors, he was considered a possible candidate to join the Center's animal ambassador team. 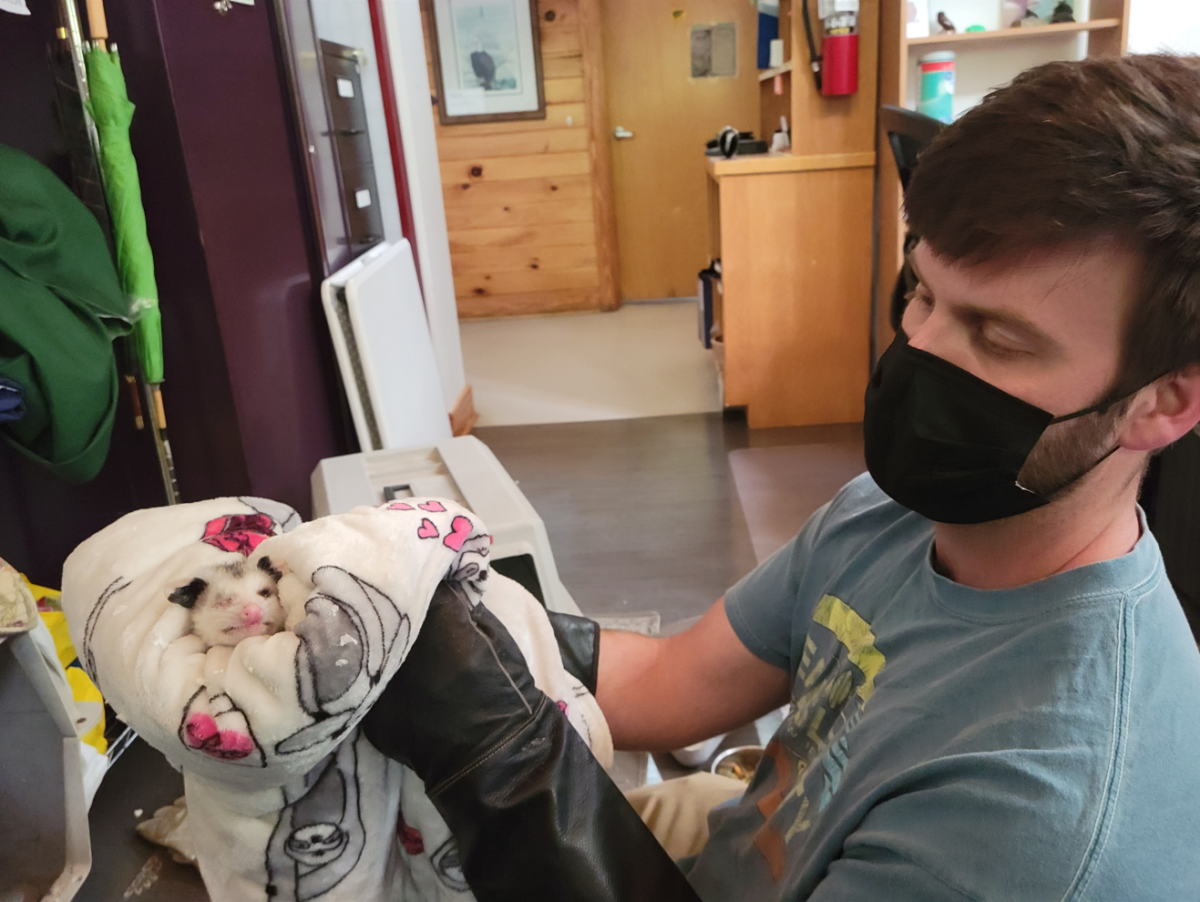 The outreach staff began working with this opossum in May 2022. Initially wary of our presence (as a behaviorally-healthy wild opossum should be), he quickly adjusted to his new role and progressed in his training; several months later, the opossum was added to the Center's education permits and officially joined the ambassador team! All the opossum needed was a name. The naming of an ambassador is an important milestone during their time at the Center; a meaningful name is an opportunity to convey more knowledge about wildlife and the environment, and to engage and inspire the world to be invested in nature itself. 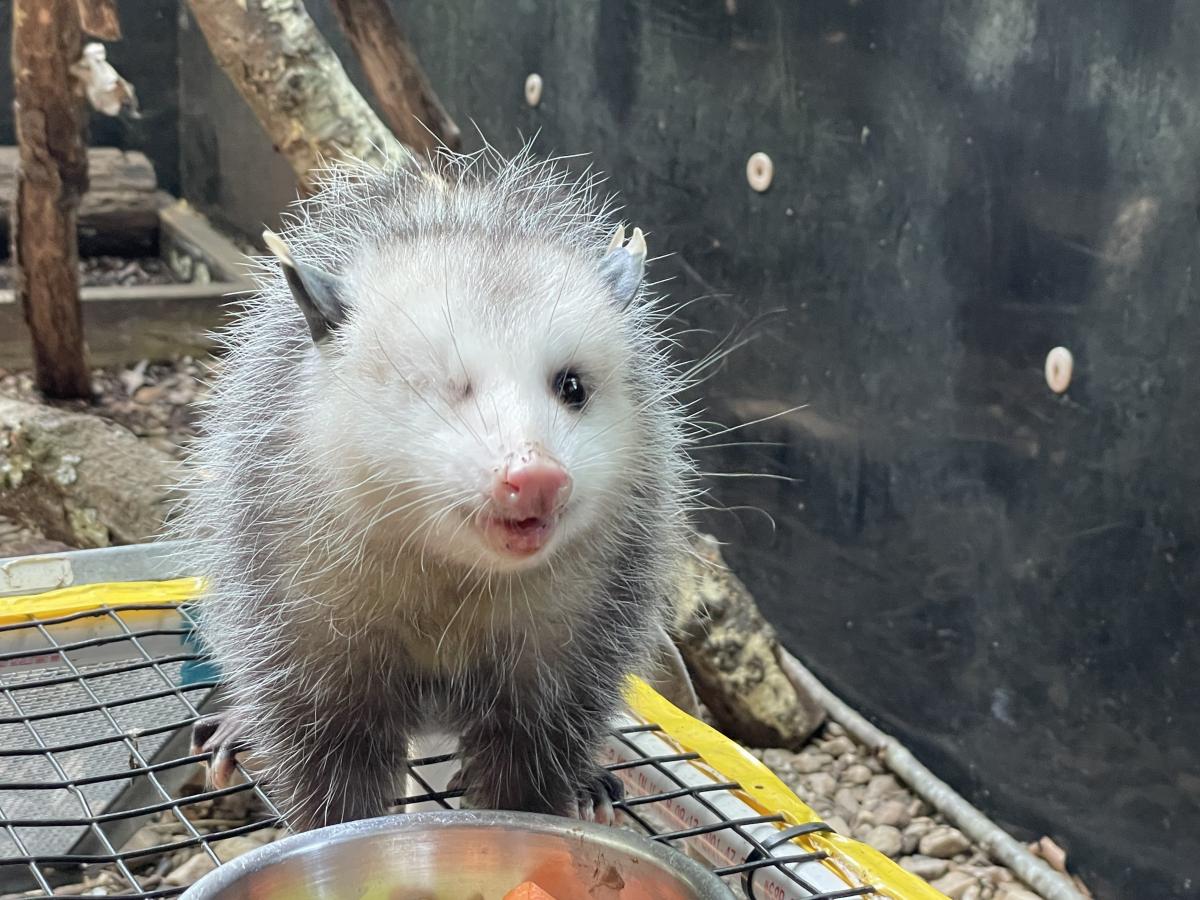 Some of the Center's current ambassadors have been named by staff members in honor of relevant historical or cultural figures. Some ambassadors -- like Allegheny the Eastern Ratsnake and Athena the Barred Owl, among others -- were named with the public's help through online polls and contests. Occasionally, though, ambassadors officially join our team during the months closely preceding the Annual Gala & Benefit Auction. Offering their naming rights as an auction item is an incredible chance for Center staff to connect with our supporters, and for our supporters to connect with audiences all across the world through the education and outreach programs these ambassadors will participate in. With the timing falling into place perfectly for just such an occasion, this opossum's naming rights were offered to the highest bidder during the Center's 2022 Annual Gala on October 22. 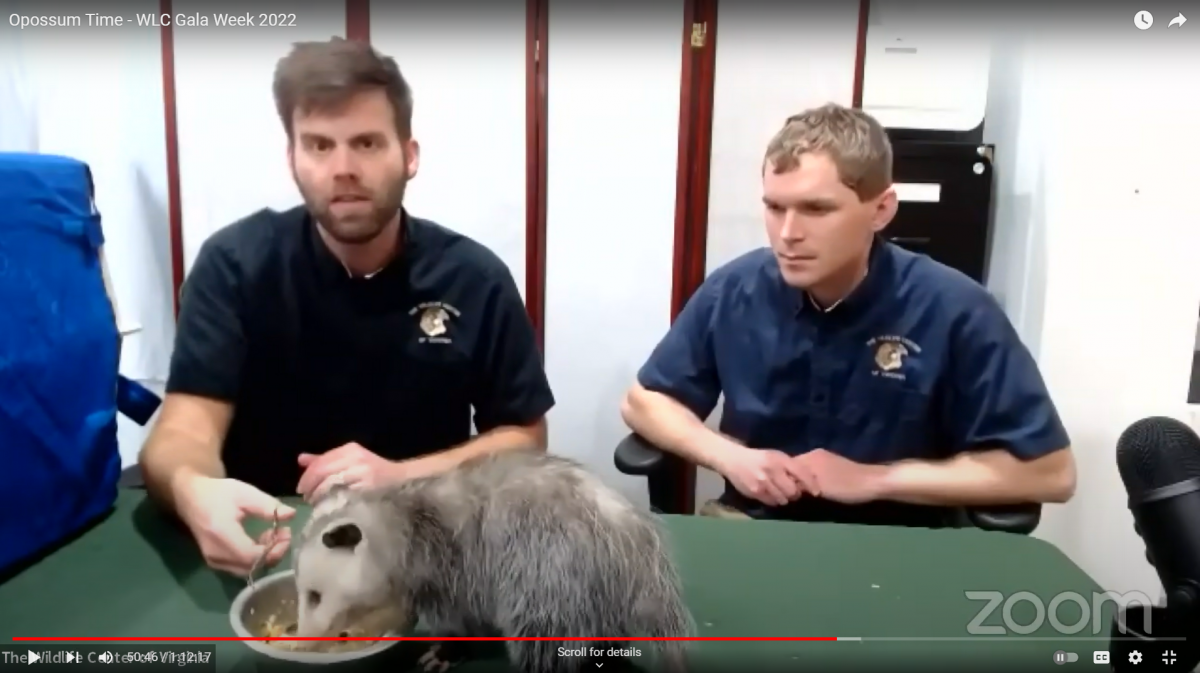 The competition was fierce, with 163 bids placed over nine days; "Oliver" was the winning bidder's choice! The reasoning for the name will resonate with many wildlife enthusiasts, as described by the winning bidder themselves:

"In English and French, the names Olive and Oliver usually derive from the olive tree, which has been said to symbolize peace (you've likely heard of the phrase 'extending an olive branch'? That phrase symbolizes a peaceful connection). So, Oliver means peace. Opossums are often misunderstood and have a bad reputation, which is unfair, and many folks are afraid of them. In reality, opossums play an important role in the ecosystem and tend to be shy -- they are peace-seeking and non-aggressive creatures; thus, a name meaning 'peace' helps us tell their story." 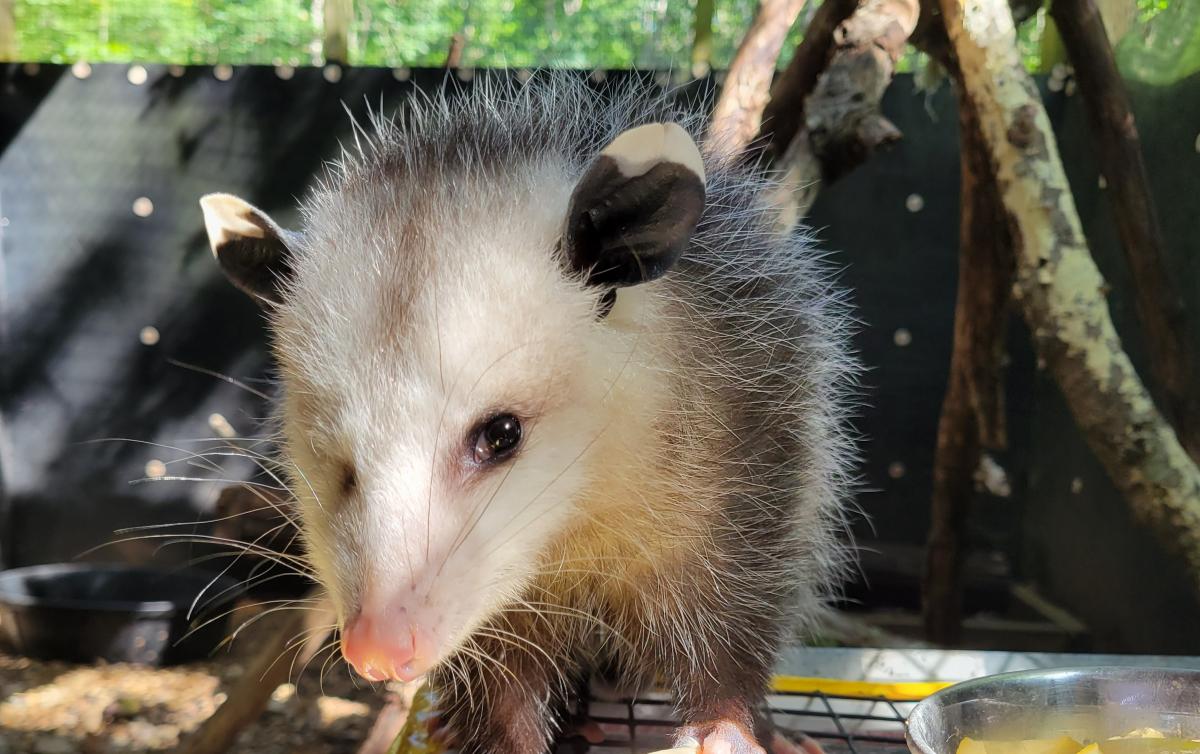 Welcome to our team, Oliver! If you're interested in supporting this special Virginia Opossum, consider a Caring for Critters sponsorship. Your donation will help provide food, shelter, and medical care for Oliver, and supports the Center’s educational outreach programs that will share his story with the world. Thank you!