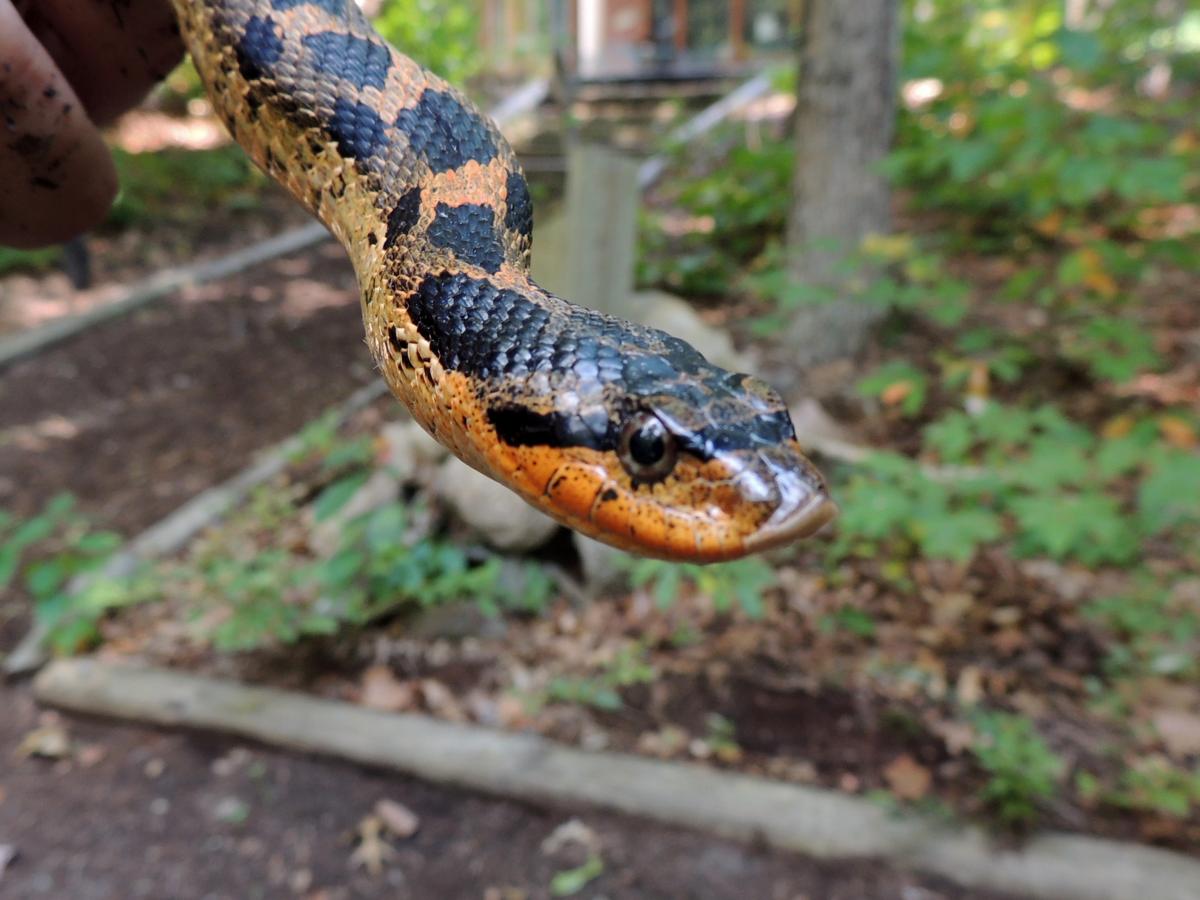 The Wildlife Center of Virginia is enlisting the help of K-12 students in coming up with a name for a non-releasable Eastern Hog-nosed Snake that will soon be traveling the state as one of the Center’s education ambassadors.

This Eastern Hog-nosed Snake was kept as a pet in Richmond, Virginia. In September 2015, when the snake was approximately one year old, he was given to the Center because his caretaker could no longer meet the snake’s increasing needs for food and space. Because we don’t know when or where the hog-nosed snake was taken from the wild, this snake can never be released. Reptile pets also often lack the necessary skills to survive in the wild and introducing them to a new area can introduce disease to the local, native population.

In October 2015, the Center's outreach staff evaluated the snake's suitability as an education ambassador and decided that this snake would be a good fit for the team, based on his temperament and personality. As an ambassador, the snake will accompany Center staff on trips to schools, libraries, county fairs, and other public events.

The next step for this education animal is to acquire a name – and the Wildlife Center is looking for suggestions!  All primary and secondary schools are welcome to participate – whether in Virginia or beyond!  Simply fill out this form with your class’s name suggestion by Monday, December 14 at 5:00 p.m. Eastern. Once the Wildlife Center has received all of the nominations, the staff will narrow down the list before putting the top names to a public vote. The school with the winning name will receive a one-year Caring for Critters sponsorship of the Hog-nosed Snake!  [In the case of multiple entries, the first school to suggest a name is the official nominator.] 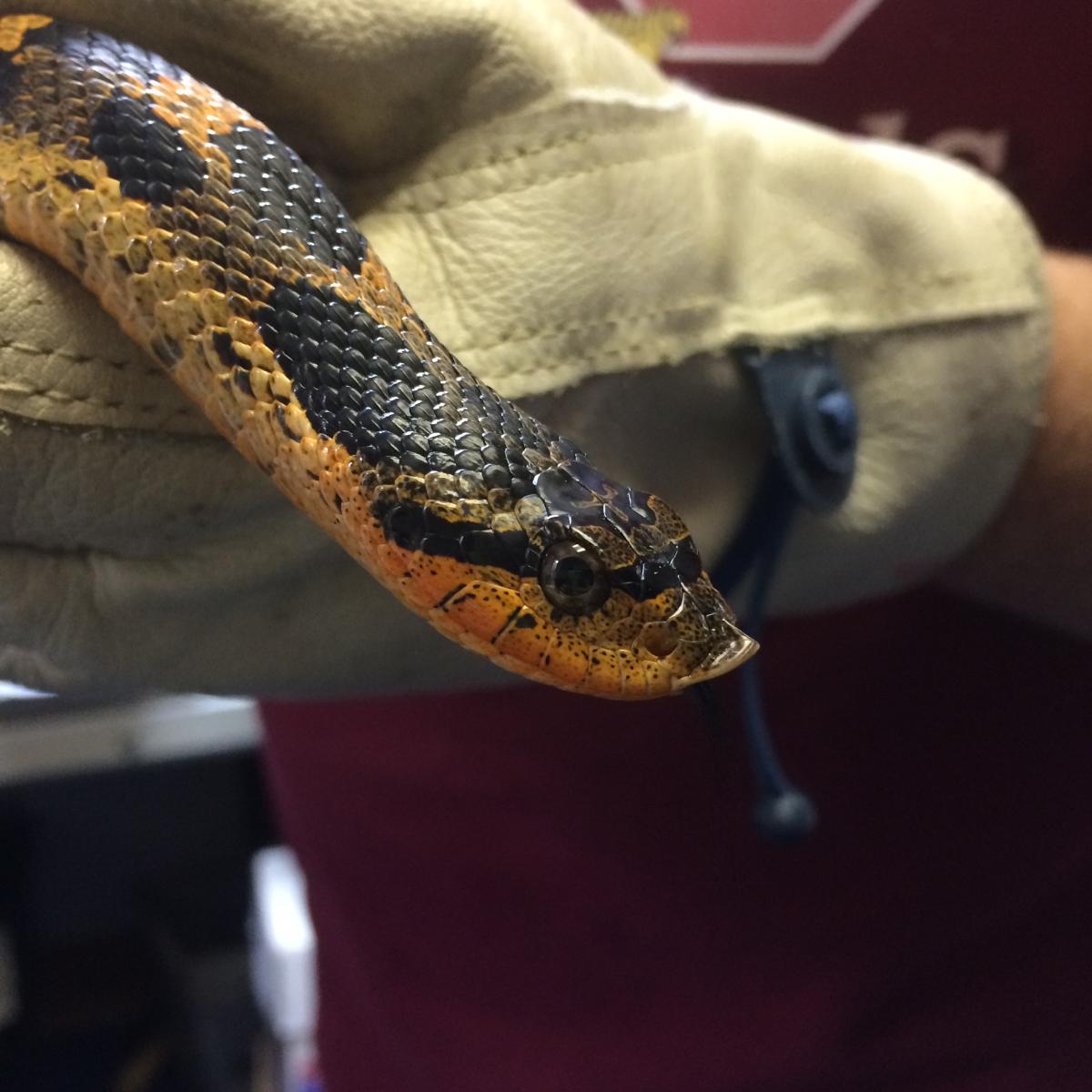 This is the fifth time that the Center has formally involved the public in naming an education animal. Other naming contests resulted in Ruby the Red-tailed Hawk, Chayton the Peregrine Falcon, Athena the Barred Owl, and Briscoe the Great Horned Owl

At the Wildlife Center, patients are assigned numbers, but education animals [permanent residents] are given names. The education ambassadors help better connect people to wildlife and inspire the action that each of us can take to protect wildlife and the environment.   Generally, the Center prefers to pick names for the education animals that inspire a connection to wildlife or impart knowledge about an animal. A meaningful name is an opportunity to convey more knowledge about animals and to engage and inspire our supporters to preserve and conserve Virginia’s wildlife.

Other sources of names in the past have included: 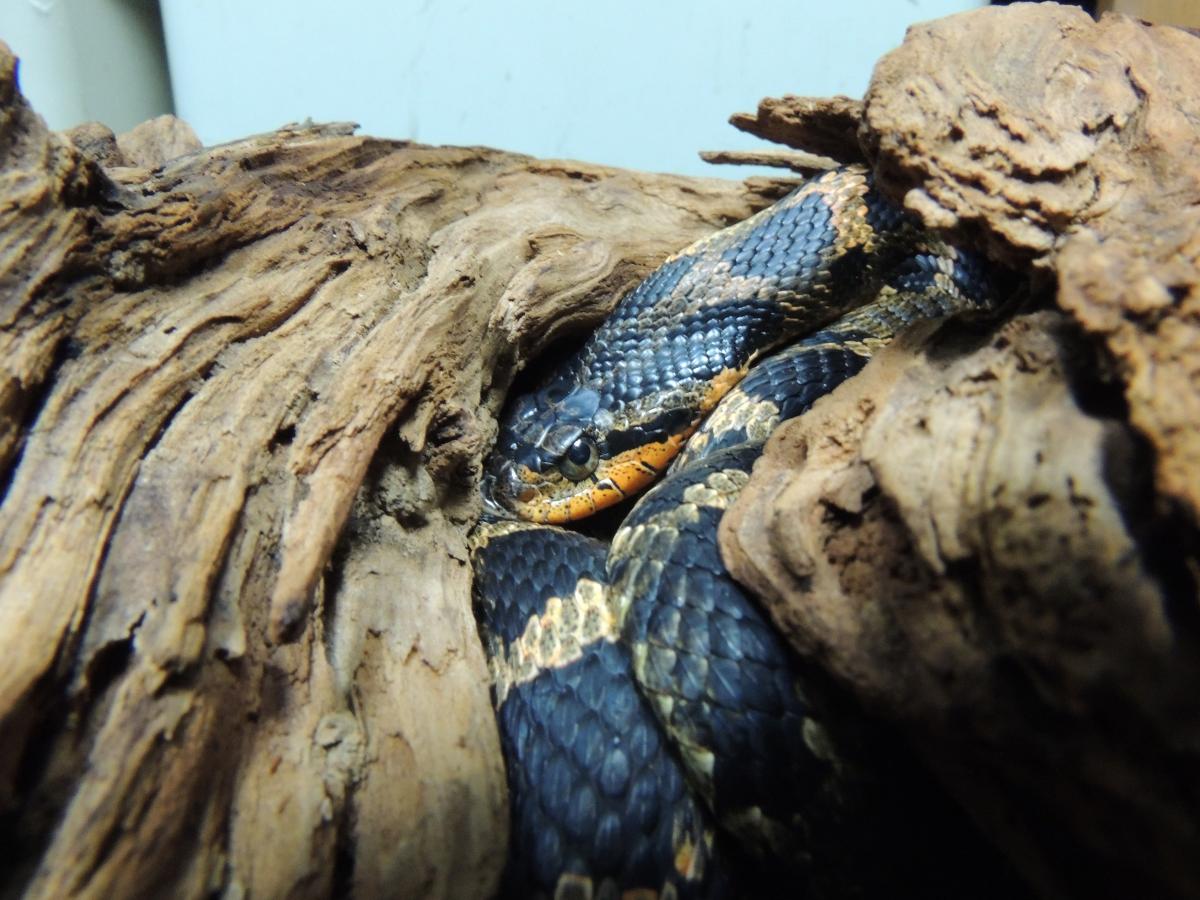 Identification: Eastern Hog-nosed Snakes are short- to medium-length snakes. Their coloration varies widely, but they usually have dark banding over their backs and pale bellies They may also be nearly solid black or dark gray. The hog-nosed snake has a distinctly upturned nose —hence the name “hog-nosed”— which is perhaps their most defining feature.

Habitat: Eastern Hog-nosed Snakes can be found throughout much of the eastern United States. They may be found as far north as southern Canada.

They prefer sandy or loose soils, where they can use their distinctive upturned nose to dig and burrow in the soft soil; they may be found in a wide variety of habitats, ranging from pine forests and hardwood forests, to prairies and open spaces.

Diet: Like other snakes, Eastern Hog-nosed snakes are carnivores. However, these snakes are specialized feeders and eat mainly toads. They occasionally eat other small amphibians and mammals.

Defense Mechanisms: Eastern Hog-nosed Snakes are notoriously passive. Perhaps the most fascinating aspect of their natural history is their very dramatic “bluff” when threatened; hog-nosed snakes will rear up, flatten their heads, and draw in air to make their bodies appear larger. They release the air in a loud hiss and may strike if provoked, though these snakes rarely bite even when they are defending themselves.

If this elaborate bluff does not ward off danger, their next defensive maneuver is to play dead! The snake will flip over, belly up, and remain still until the danger passes. The snakes may even musk (release a smelly odor) to make themselves even less appealing to potential predators. 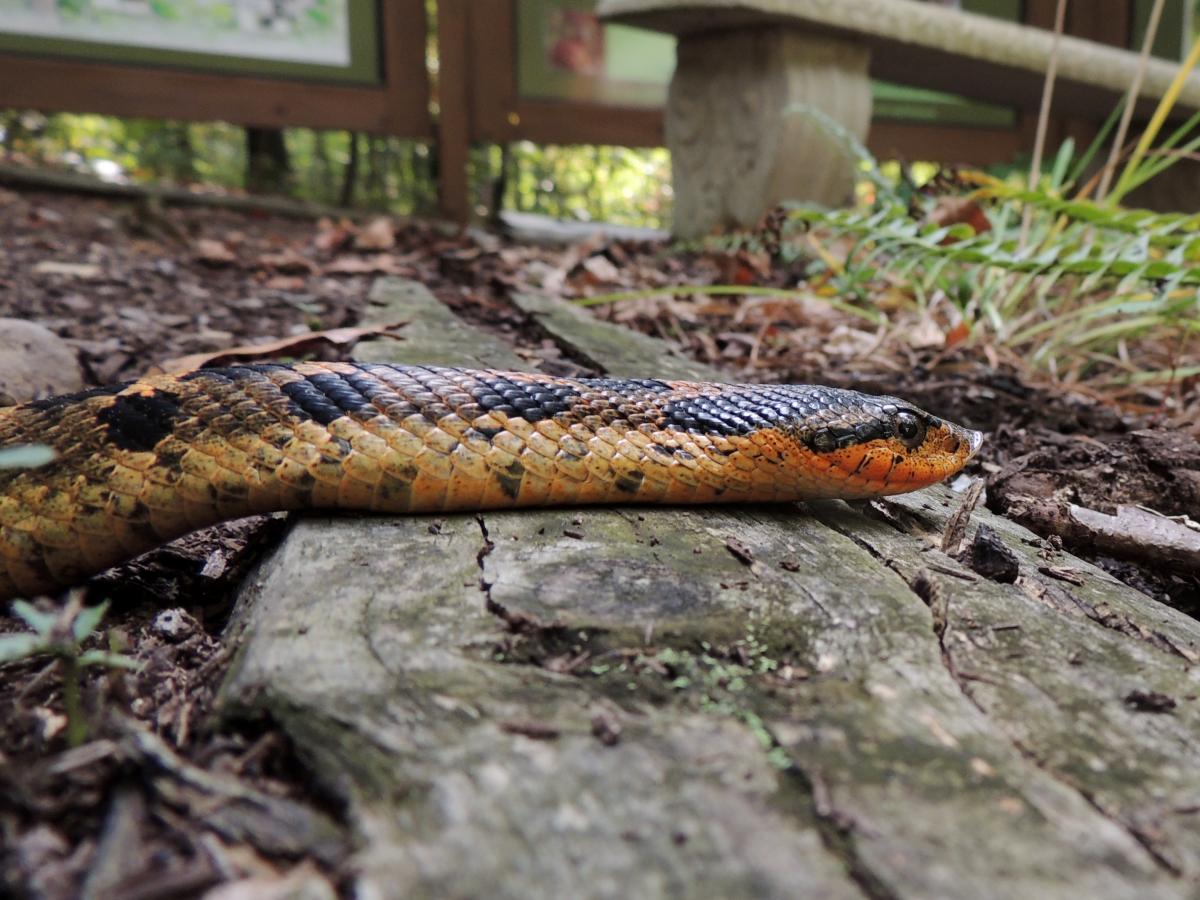