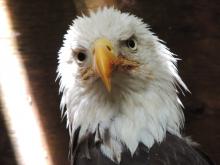 The American Eagle Foundation launched American Bald Eagle Day in 1995, and each year on June 20, wildlife enthusiasts take the time to celebrate our national symbol and remember the Bald Eagle's story of conservation success. This year, the Wildlife Center of Virginia is reflecting on the Bald Eagles that have been treated, rehabilitated, and released during our 40-year history.

By the mid-20th century, Bald Eagles were brought to the edge of extinction due to loss of habitat, poaching, and the harmful effects of DDT and other pesticides. According to the Center of Conservation Biology, as few as 20 pairs of nesting Bald Eagles remained in Virginia by 1970. The Wildlife Center of Virginia has an extensive history of treating and rehabilitating wild eagles whose individual patient backgrounds and circumstances of rescue often reflect the threats their species face nation-wide.

In 1985, the Center admitted its very first Bald Eagle patient that had been poisoned by carbofuran, a potent pesticide. The eagle was fully rehabilitated and released, but the work was far from done – the Center led a long but ultimately successful campaign to ban the most common form of carbofuran in Virginia and across the United States. That single policy change has saved the lives of millions of birds, including Bald Eagles, every year. 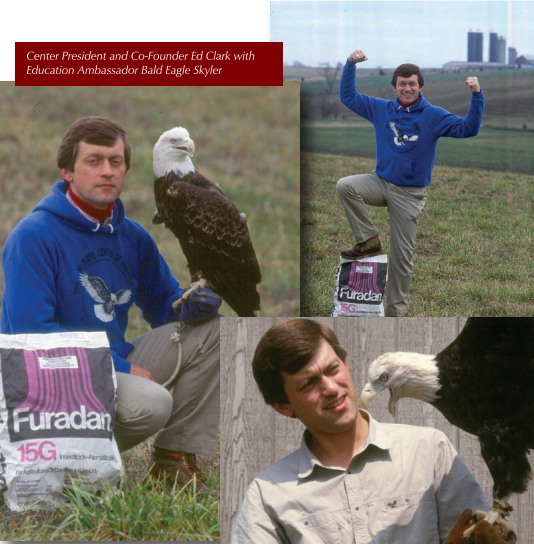 Through an active partnership of federal, state, and local government agencies, conservation and environmental organizations, and concerned citizens, Bald Eagle populations are on the rebound. There are now more than 3,000 active Bald Eagle nests in the Chesapeake Bay region. Once a rare sight even in traditional nesting areas along the lower James or Potomac or Rappahannock River, Bald Eagles are now being spotted – and are now nesting – across the Commonwealth!

Since 2011, the Center has been able to track the post-release movements of nearly two dozen former eagle patients thanks to collaboration with state eagle biologists. Part of a larger, ongoing research study that monitors eagle movements to determine the range and behavior of eagles in Virginia’s coastal plain, the data on the birds is also an invaluable opportunity to track the movements of some of our rehabilitated patients. 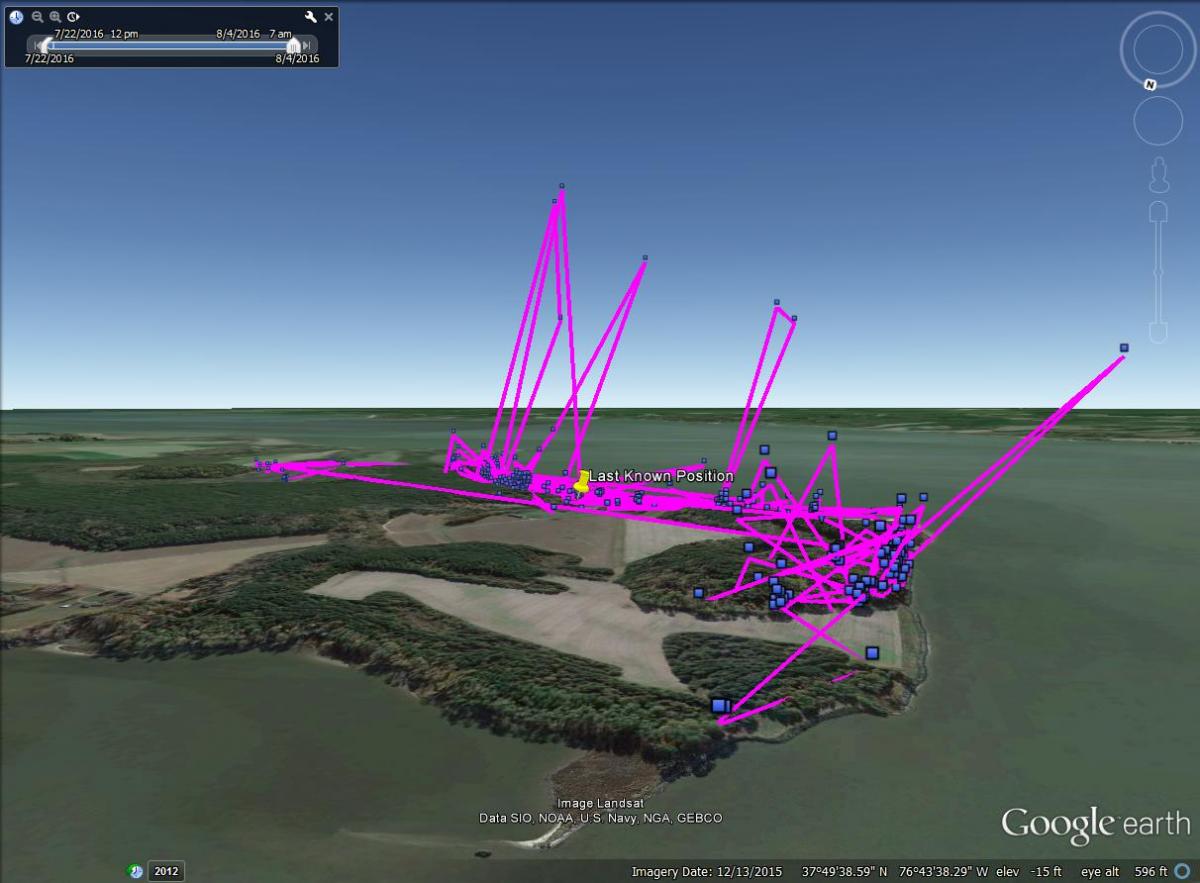 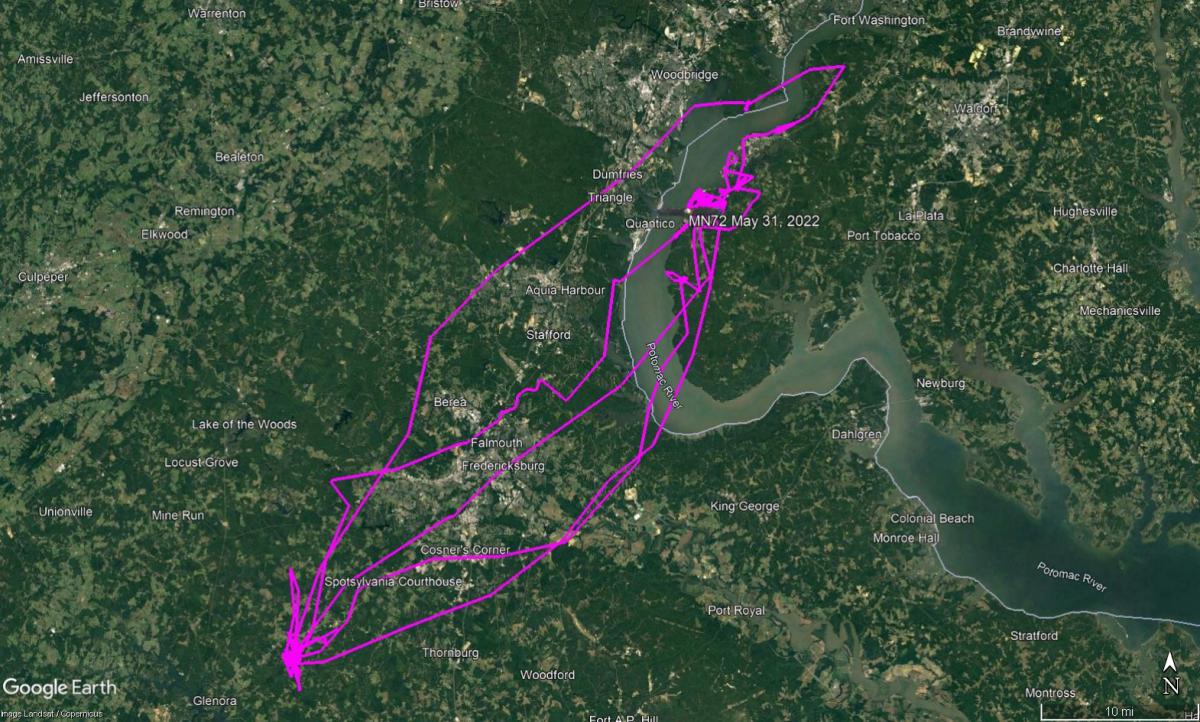 Today, one of the most significant threats Bald Eagles face is the harmful effects of lead toxicosis. Many of the eagles admitted to the Center arrive with dangerous levels of lead in their bloodstream – but not because they have been shot. Rather, they are scavenging other animals that have been shot with lead-based ammunition. A chemical treatment process known as chelation is used to flush lead from eagles’ systems at the Center, but a full recovery is not always guaranteed -- a lead fragment no bigger than a grain of rice can kill an adult Bald Eagle. 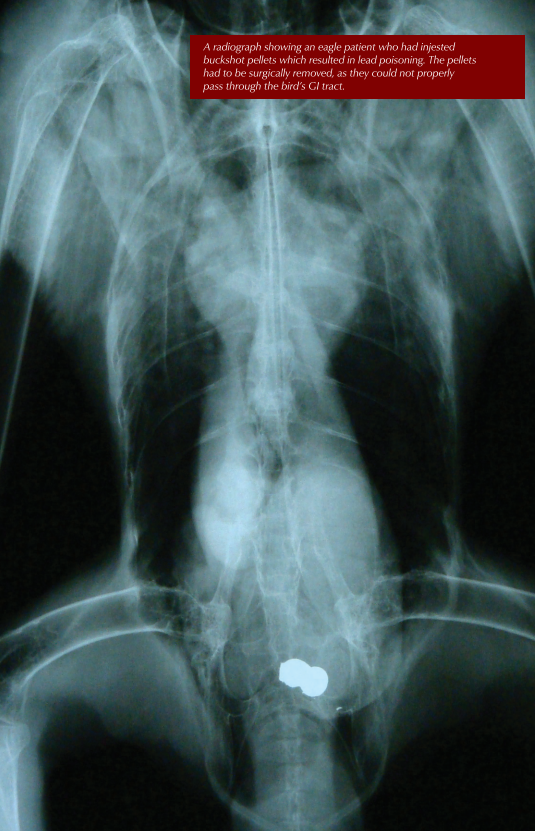 Similarly to the Center’s efforts to protect eagles from the harmful effects of carbofuran in the 1980’s, our staff and supporters are waging a national campaign to create awareness of this issue through awareness, education, and helpful action. For more information on the causes and symptoms of lead toxicosis, and what you can do to help, read our Special Bald Eagle Report 2021.

The Bald Eagle, and their story of conservation success, is worth celebrating! Consider the following resources, events, and ideas to get involved in helping to protect these amazing birds.