In early 2020, the Wildlife Center admitted two infant Black Bear cubs from separate locations in Virginia. The first cub, #20-0064, was admitted on January 28 from Craig County, after power line workers found her nearly frozen on top of a brush pile. The second cub, #20-0084, was admitted on February 6 after a family dog brought the tiny cub home in Washington County. 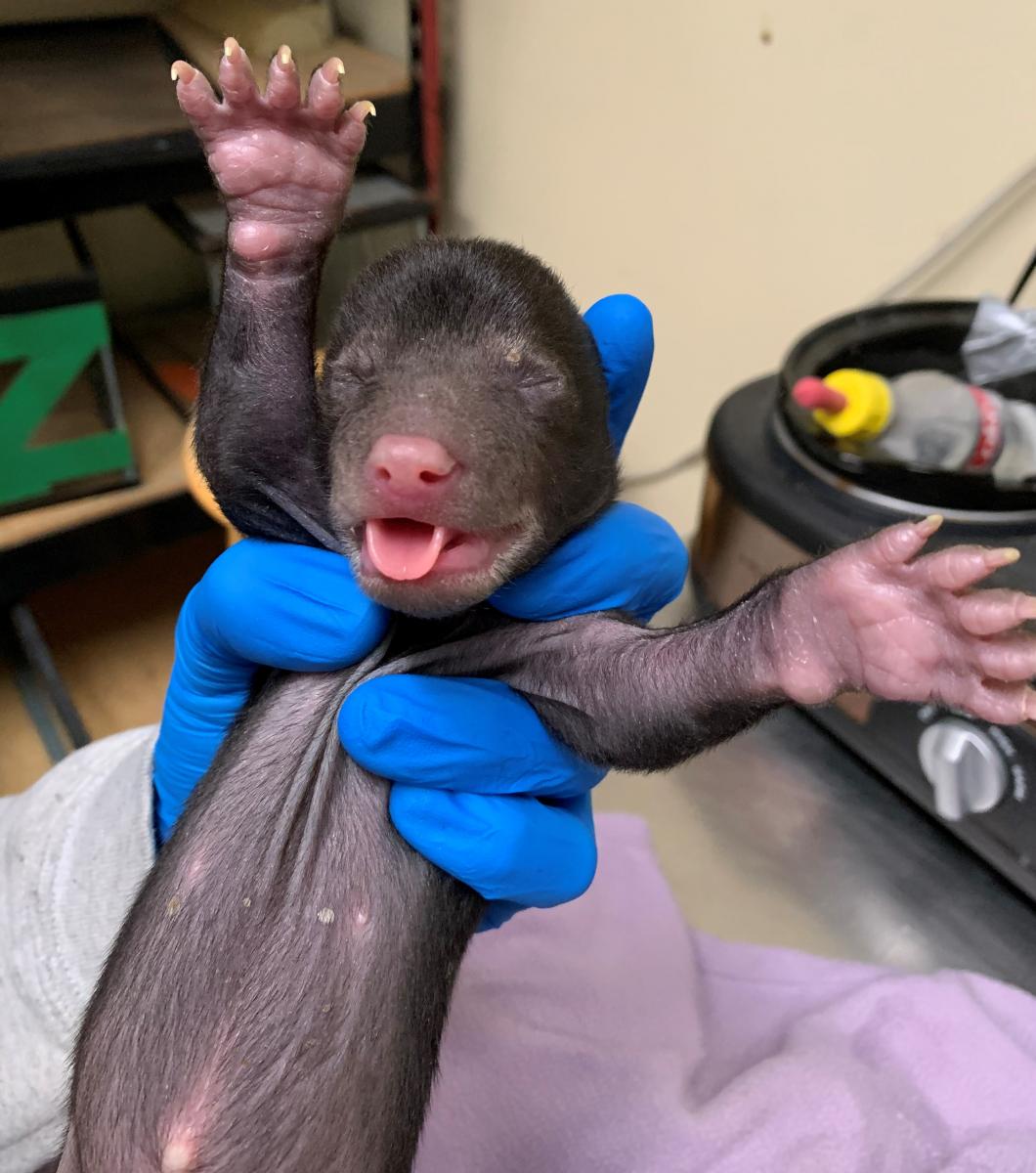 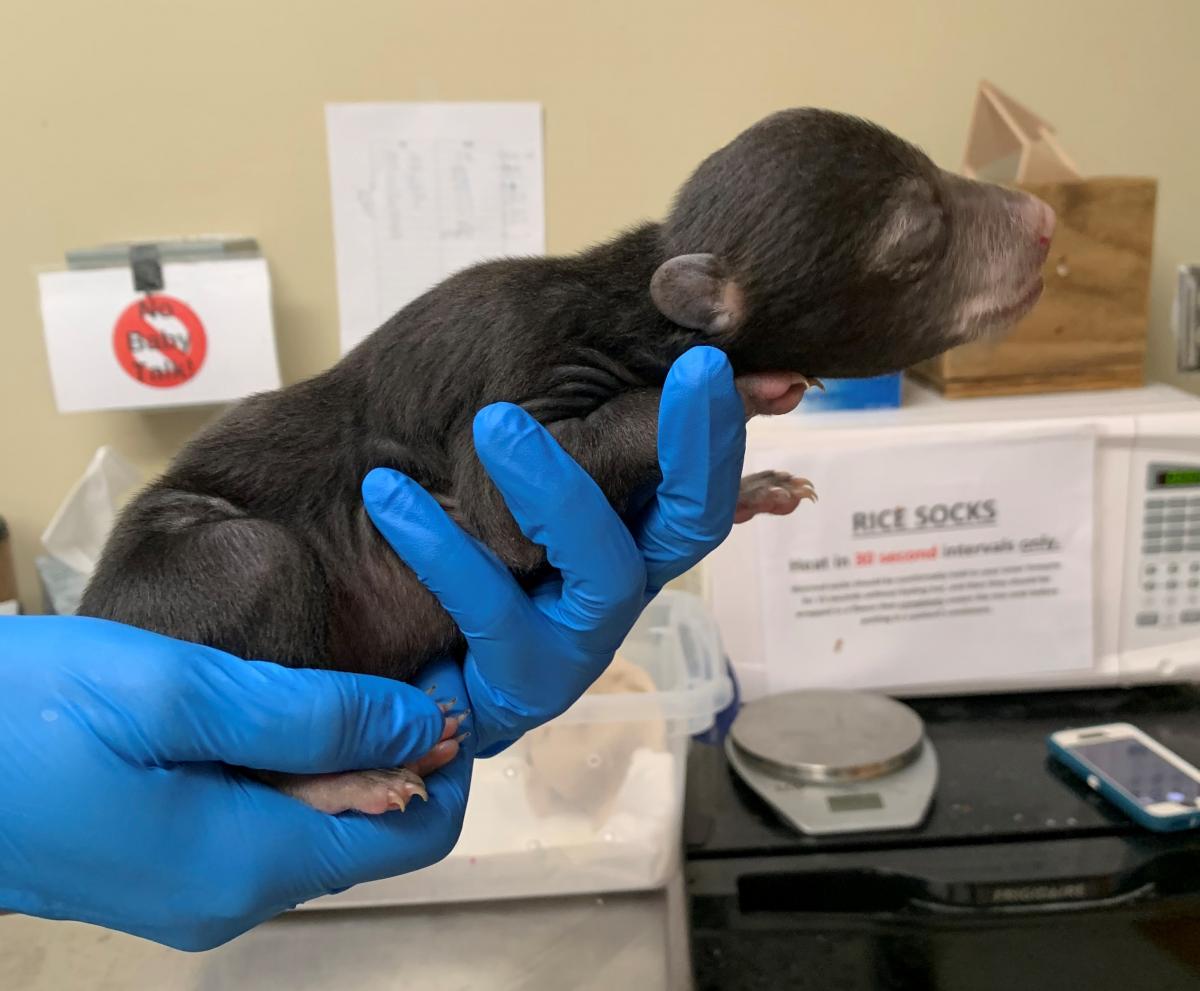 The rehabilitation staff worked out a 'round-the-clock bottle-feeding schedule; in the time that both cubs were at the Center, they both grew and gained weight.

It’s raining at the Center today, but we couldn’t be happier. . . . We received word from DGIF that yesterday this little bear cub was successfully fostered out to a wild bear mom with three other young ones! . . . Grow up big and strong in the wild with your new family, little one! . . . This bear (patient #20-0084) was the second successful foster that we’ve had in 2020! The first was bear patient #20-0064. To read more about these cubs’ stories, visit our website! . . . #wildlife #blackbearsofinstagram #wildlifeconservation #conservationeducation #wildlifehospital #wildlifemedicine #blackbear

Biologists with the Department of Game & Inland Fisheries began searching for suitable foster bear mothers for these two cubs. Through their radio-collaring project, DGIF biologists are able to locate wild female bears who have given birth in their winter dens. Female Black Bears with newly born cubs will often accept orphaned cubs and raise them as their own. Biologists are always careful to assess each situation to ensure cubs are the same size and age, and that they aren't overburdening a mother bear with more cubs than she can successfully raise.

On February 10, biologists were able to successfully foster cub #20-0064 to a wild sow with two other cubs; the biologist reported, "The sow held tight in her den and immediately scooped this little cub in when I placed her near the den entrance ... I rechecked her this evening approximately 4.5 hours post-foster and they are all tucked in the den quiet as can be … perfect scenario!" Two days later, cub #20-0084 was successfully fostered to a large sow with three other cubs.

Black Bear cubs in the news:

Dog brings home orphaned bear cub, who gets help resettling with his own kind, The Washington Post