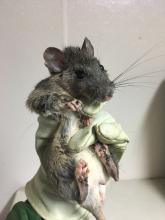 On October 20, a biologist from the Virginia Department of Wildlife Resources (DWR) brought an Allegheny Woodrat to the Center. The rat had been stuck on a glue trap at someone's home in Rockbridge County and was originally taken to another veterinary facility where it was removed from the glue trap before being transferred to the Wildlife Center.

Allegheny Woodrats, also nicknamed "pack rats" due to their habit of collecting and caching non-food items, are medium-sized rodents with large ears, grayish-brown hair, and a white underside. These rats generally live in the rocky outcrops of fields or cliffs, and while they were once common throughout many states in the Midwest and East Coast of the United States, their population has declined significantly during the past century.

On admission, the woodrat was bright and alert. Veterinary intern Dr. Olivia examined the woodrat, but apart from slight bruising and a small amount of glue residue still remaining on the rodent's hair, the rat was in good body condition and did not have any serious injuries. Dr. Olivia started the woodrat on a short course of anti-inflammatory medication and placed it in the Center's ICU to rest. Within two days, the rat's bruising had completely healed and the veterinary team cleared it for release.

Normally, the Center's front-desk team would coordinate a patient's release close to where the animal was rescued. However, in this woodrat's case, it's not being released even remotely close to its rescue location in Rockbridge County ... it's going all the way to Ohio!

The Allegheny Woodrat population here in Virginia is stable, but in Ohio, they are classified as endangered and have only been observed in a single county during the past several years. It's estimated that there are only about 50 Allegheny Woodrats still remaining in the state. The Virginia DWR biologist that brought the woodrat contacted staff at the Ohio Department of Natural Resources (DNR) to see if they'd be interested in releasing this rat in Ohio to help support their remaining Allegheny Woodrat population; Ohio DNR staff were thrilled about the idea.

Dr. Karra, the Center's Director of Veterinary Services, has started coordinating transfer plans with staff from Ohio DNR. The current plan is for Dr. Karra to drive the woodrat to the Allegheny County Airport on October 27.  A pilot from Ohio DNR will meet Karra at the airport to pick up the woodrat and fly it west to its new home in Ohio. The woodrat, though a relatively small passenger weighing in at only 263 grams, carries big hope for the future of its species in Ohio.

Update: The Allegheny Woodrat has safely landed in Ohio, where it will be cared for by Ohio DNR until its release. Take a look at some of the photos of the woodrat's journey! 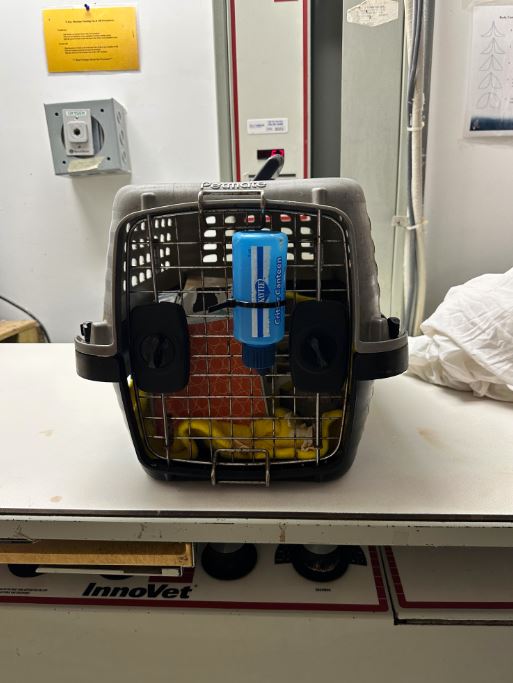 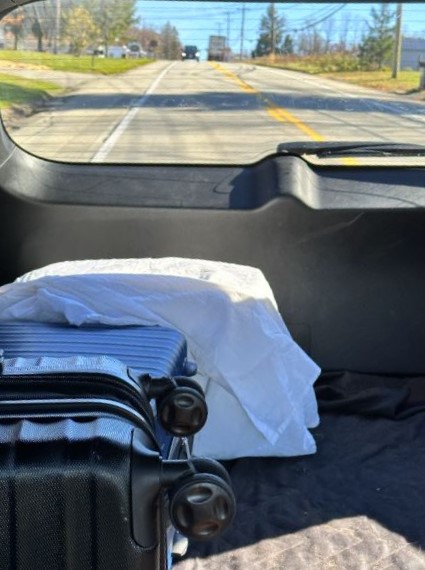 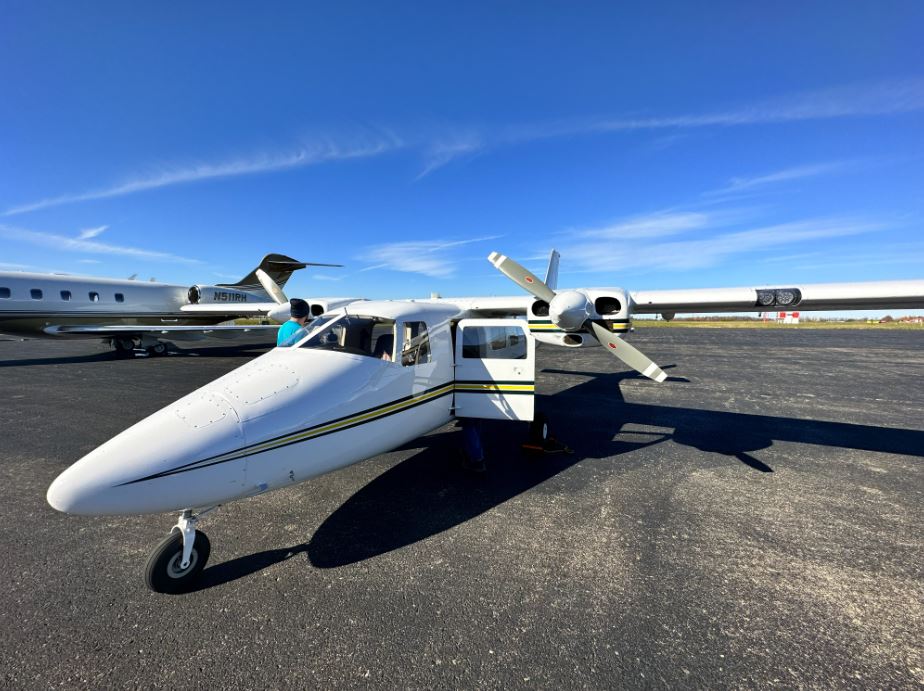 Above photo: plane flown by Ohio DNR pilot to transport the woodrat to Ohio

Update: The woodrat was successfully released in Adams County, Ohio on Friday, October 28. Cheryl Mollohan, one of the woodrat biologists involved in the release, captured the following photos. 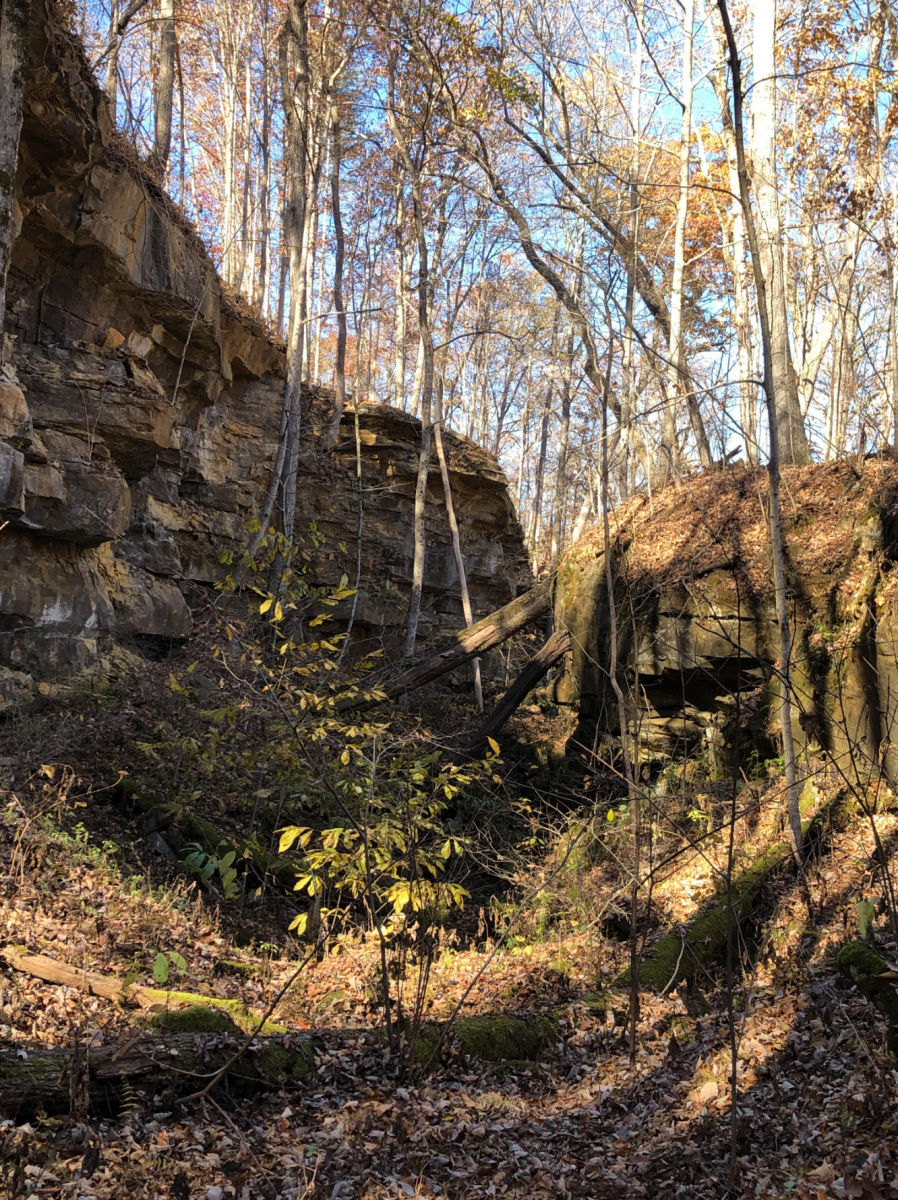 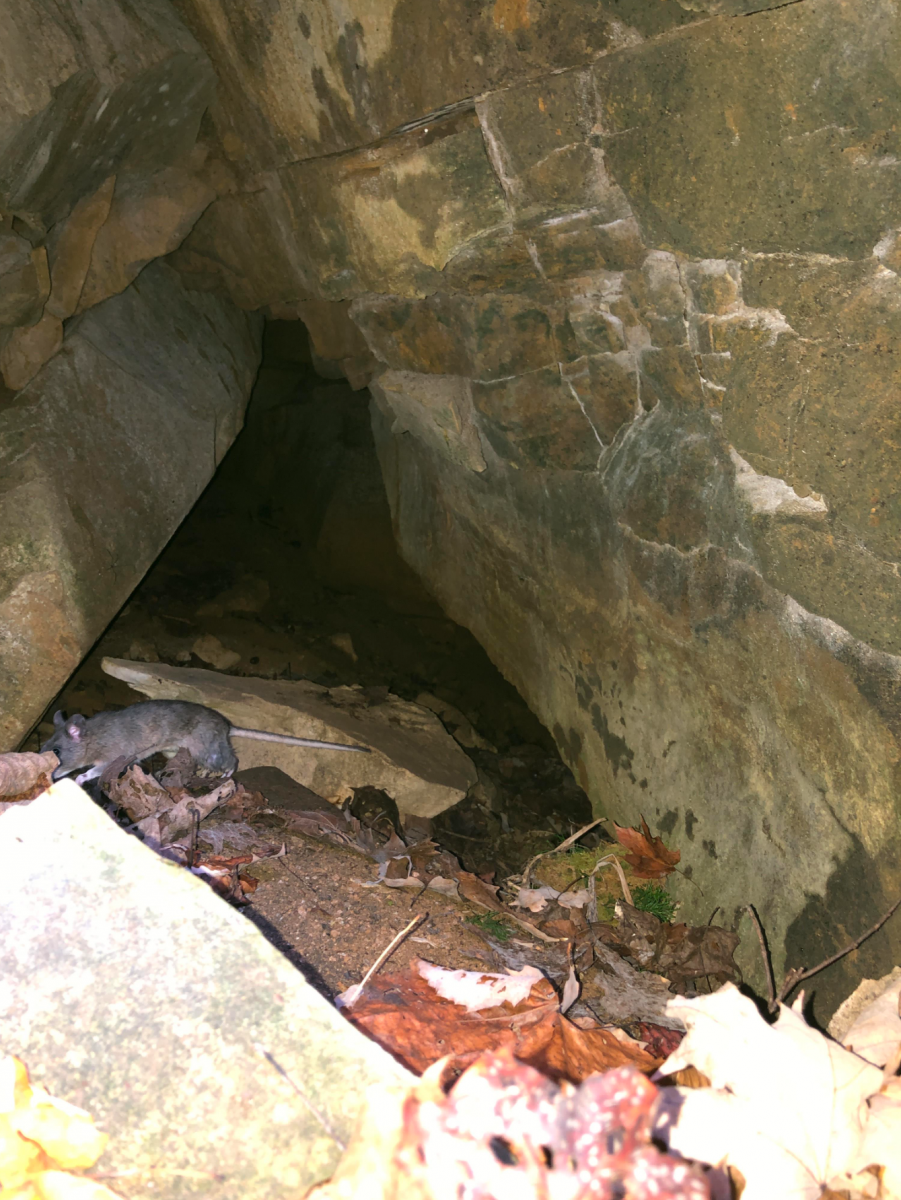