On July 27, 2011, the Wildlife Center of Virginia hosted the biggest Bald Eagle release in its history. 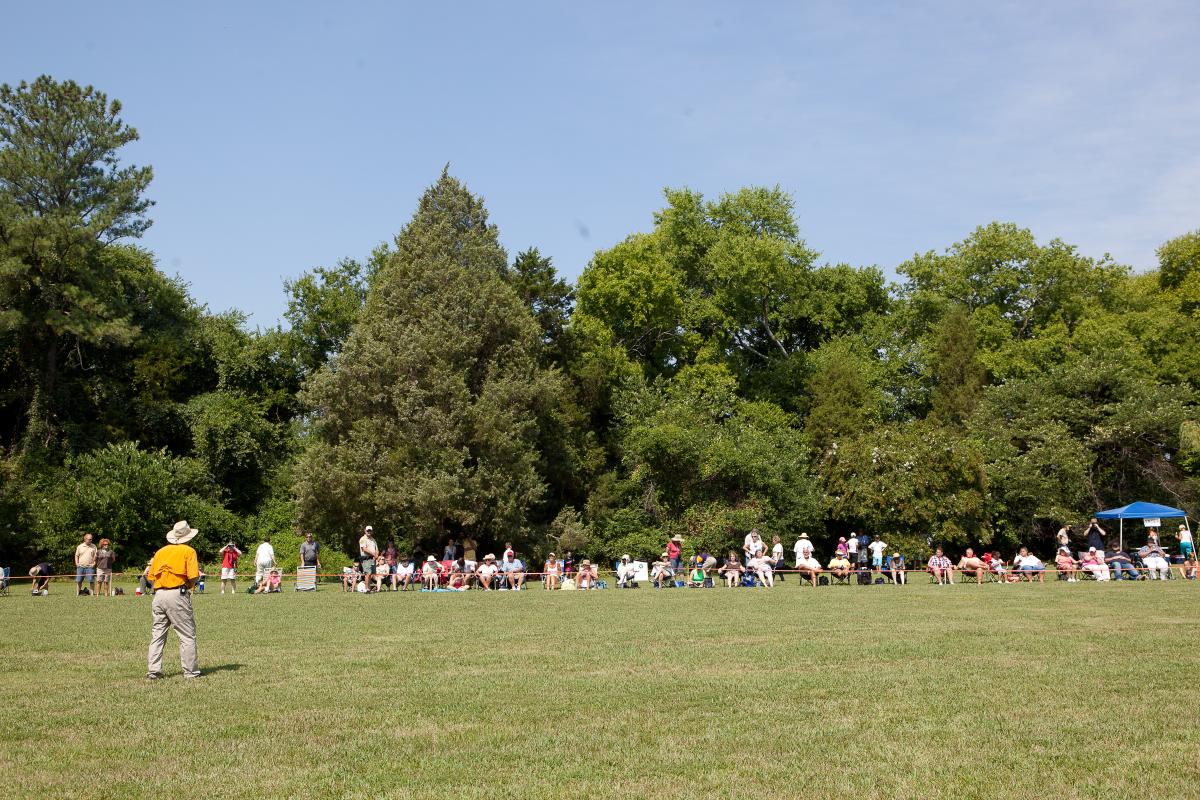 On that day, we released five Bald Eagles – including the three “Rock Star” eagles from the Norfolk Botanical Garden nest – in front of a crowd of about 1,200 eagle fans from all across the country.

Ten years later, we’ll remember that event, with conversations with some of the individuals who were involved in that release.  Join us in the Moderated Discussion!

And we want you to share your memories, too!  Perhaps you were among those who sweltered at Berkeley Plantation – or maybe you joined us via the Internet.  Or maybe you have photos or videos of another eagle release – or of Buddy.  Please post eagle messages, memories, photos, and videos here on this virtual bulletin board.

In commemoration of the 10th anniversary of the Berkeley Plantation eagle release – and the release of the Rock Stars – an Anonymous Donor has issued a special Eagle-Palooza challenge.

Anonymous Donor will match, dollar-for-dollar, any contribution made today to the Wildlife Center in celebration of that quintuple eagle release.  A.D. will match these donations up to a total of $2,500.

Did you know … that each year the Center admits, on average, about 40 Bald Eagles in need?

Did you know  … that one of the eagles treated by the Center and released back in 2017 is spending his fourth consecutive summer on the banks of the Saint François River in Quebec?

Did you know  … that the Center is able to help Bald Eagles only through the generous support of caring friends like you?

At the Wildlife Center of Virginia, teaching the world to care about and care for wildlife and...

All four of the Great Horned Owlets passed "mouse school" and demonstrated that they are capable...

Each fall, for the past 13 years, the Wildlife Center of Virginia has proudly offered The...