On August 20, 2014, Bald Eagle #14-1995 [NC99] -- a young male -- was admitted to the Wildlife Center after being hit by a vehicle in Pendleton County, West Virginia. The eagle’s rescuer found the bird on the side of the road and called the West Virginia Department of Natural Resources, and the eagle was transported to the Wildlife Center of Virginia later that day. Following four months of veterinary care and rehabilitation, NC99 was released at Natural Chimneys Park in Mt. Solon, Virginia on December 23.

Center staff were able to track the travels of NC99 for about eight months, from the date of its 2014 release to April 2015 when tracking data was no longer being received. During that period of time, NC99 traveled hundreds of miles across three states! Based on the bird's last-known location, it's possible the area did not provide adequate cellular service for the device to function, or the eagle may have died due to unknown circumstances.

During the last few weeks of 2014, NC99 was seen steadily flying south from the Mt Solon area through the Shenandoah Valley. After making a brief detour to the east near Fort Defiance, Virginia, NC99 continued to follow the Blue Ridge Mountains southward. By the end of the year, NC99 had arrived in a rural, forested area between Raphine and Fairfield, Virginia in Rockbridge County -- about 34 miles south of Natural Chimneys, where he was released. 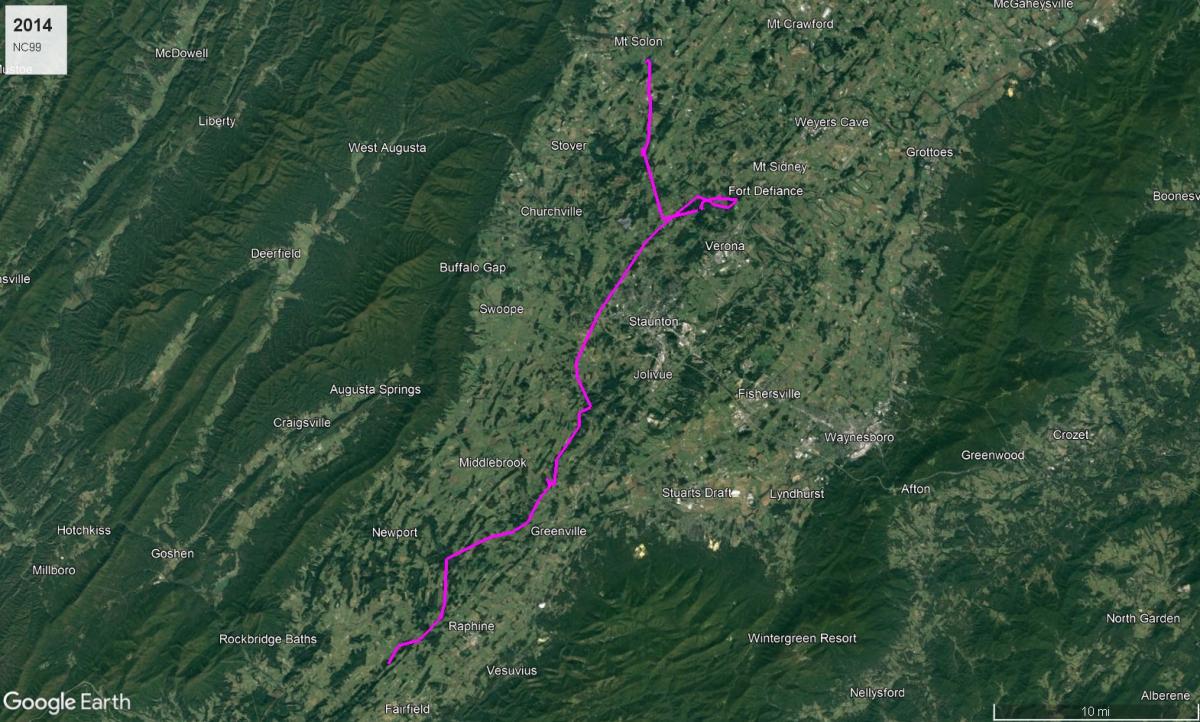 NC99 continued to move southward during the first few weeks of 2015. After a brief period of silence from his tracking unit (possibly due to inconsistent cellular network coverage in the area), NC99 checked in -- approximately 45 miles east of Asheville, North Carolina! Continuing to move south and east, NC99 had made it to South Carolina by the end of January. He spent the following four months hanging out near rivers, creeks, and man-made reservoirs in the Columbia, South Carolina area before heading north once again. NC99 flew from South Carolina back to the Shenandoah Valley in less than one month and settled in along the South Fork of the Shenandoah River in Page County, Virginia. The eagle's tracking data began to come in more sporadically during the summer months, and his unit ultimately made its final upload on August 23, 2015 -- at that time, NC99 was located about 40 miles from his Natural Chimneys release site. 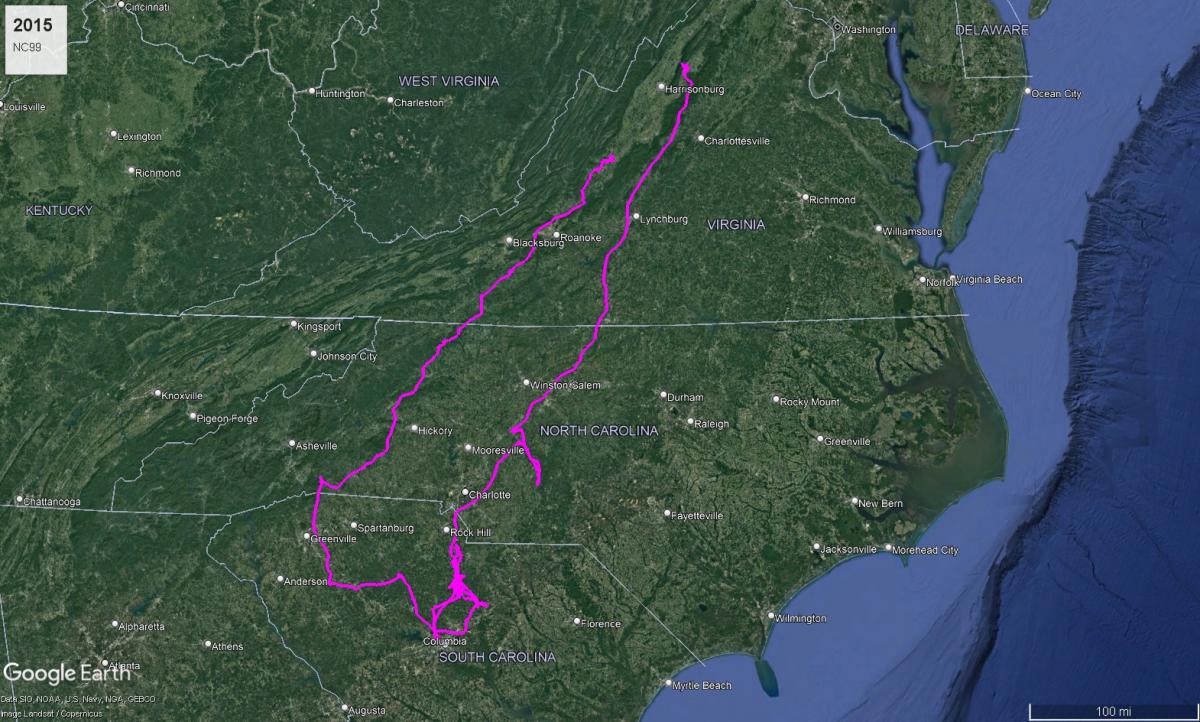