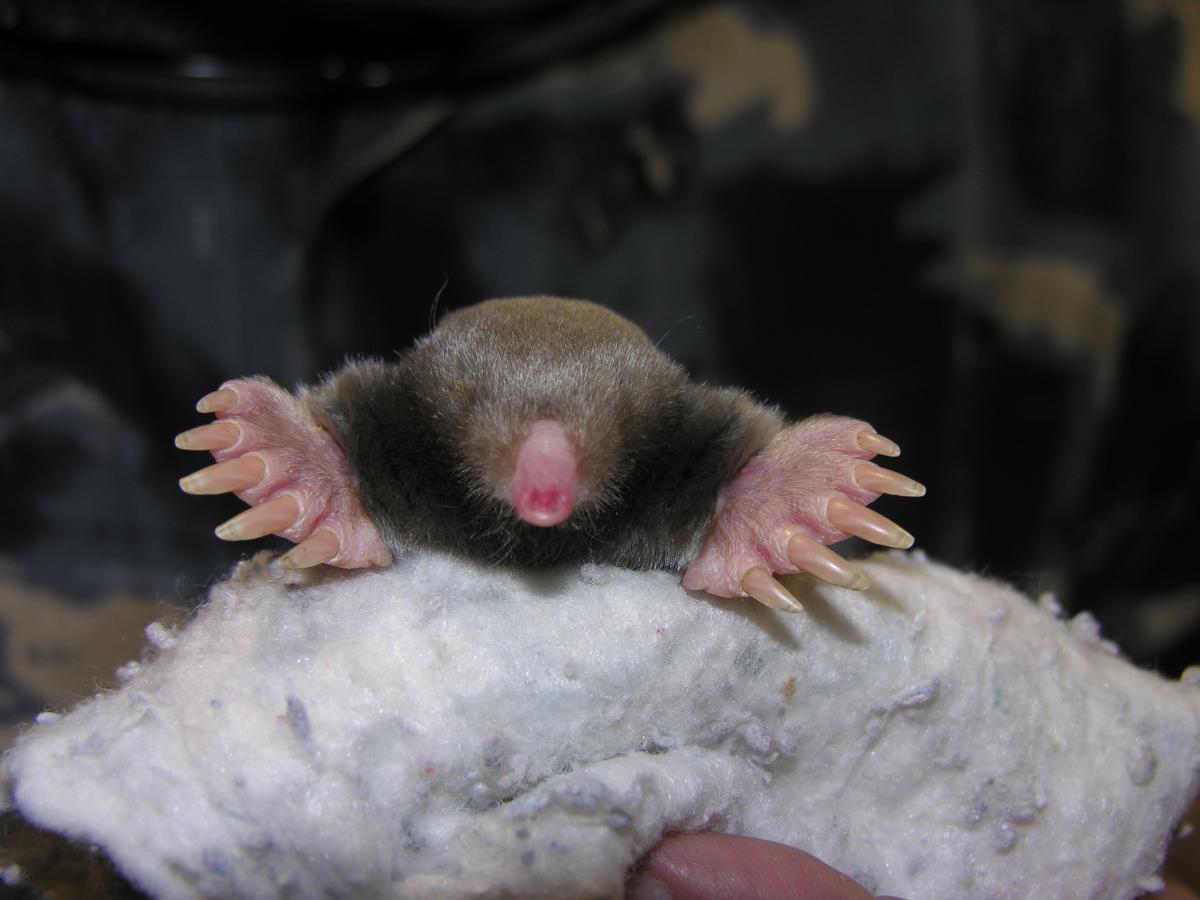 Moles are seldom-seen wild neighbors; their burrowing lifestyle means that they are underground most of the time, hunting for grubs and earthworms. They are active day and night while looking for food, they require high volume of food due to how much energy they expend. Moles help aerate lawns and reduce insect larvae; they don’t typically cause significant problems. Adult moles are solitary and will not tolerate other adult moles.

Eating Bulbs:  It’s very likely that the mole is not guilty in this circumstance – but the vole probably is!  Voles use mole-constructed tunnels that lead to bulbs, trees, and plants; while the moles can occasionally disrupt the plants, the voles are the ones who do the eating.  Bulbs can be soaked in products containing thiram to deter chewing, which can deter other mammals as well.

Tunnel Ridges in Lawn: Moles eat grubs, so if there are many moles in your yard, you probably have a large population of grubs. The best way to prevent this issue is to get rid of the grub problem. Reduce moisture in the lawn and minimize watering. Grub treatment can include applying milky spore in late summer or early fall, or spraying with a one-to-one mix of children’s shampoo and ammonia. There are also other commercial grub treatments available on the market; visit your local garden center and ask about pesticide-free grub treatment.

Mole tunnels are sometimes hit by lawnmower blades that are set low, which is unsightly to some people. Before mowing, try walking on ridges to flatten them and then set mower blade slightly higher. Try using grass varieties that require less watering and fertilization.

Audio/Sensory: Pinwheels inserted into tunnels will vibrate and may be deterring by annoying the moles.

Scent/Taste: There are commercial products on the market to deter moles; try “Mole Relief” from Gardens Alive. https://www.gardensalive.com/product/mole-relief-trade-mole-repellent

Permanent options:  Fencing will act as a more permanent deterrent for moles and other wildlife; insert quarter-inch hardware cloth one-foot down in soil and one-foot out (in an “L”-shape) to keep moles from entering a specific area.  Moles may also be blocked from particular tunnels with a wad of steel wool.

If you Find a Baby Mole

Moles give birth underground to one litter in the spring, with typically two to eight babies in a litter. Baby moles stay in their nest for about one month before they leave to forage in tunnels.

It would be unusual to find a very young mole out of its underground nest unless the nest has been disturbed. If the mother mole does not reclaim her young within a short period of time, call a permitted wildlife rehabilitator.  Adult and juvenile moles are good jumpers and climbers and can escape from open containers. Use tight-fitting lids with air holes on transport containers.

Please do not pour gasoline in a tunnel system as a deterrent – this will not work to get rid of moles, and is very risky for you, pets, and the environment, as it easily poisons groundwater for a large area.

Don’t try to “flood out” a mole tunnel system; they are designed to endure floods.