The Message of the Apple Core

No litter is safe litter!

Roadside litter has a devastating impact on wild animals. The Wildlife Center encourages you to remember “the message of the apple core” and share it with others.

Driving down the road, a passenger in a moving vehicle casually tosses an apple core out of his car window. This passenger thinks nothing of tossing out the mostly eaten food and might even feel a bit of self-congratulatory pride. “It’s biodegradable, no harm done. Something will probably eat the rest of it, anyway.”

Because it is biodegradable, the apple core does not have the same obvious ill-effects of some other litter items, such as a glass bottle or a candy wrapper. A bottle could break and cause injury to wild animals that walk through the dangerous shards of glass. An animal could ingest part of a candy wrapper, thinking it is food, and become ill.

An apple core won’t physically injure an animal, like the broken glass bottle. It won’t cause an animal to become sick, like a plastic candy wrapper. In fact, some people think, it might actually help a hungry animal who is searching for a meal. 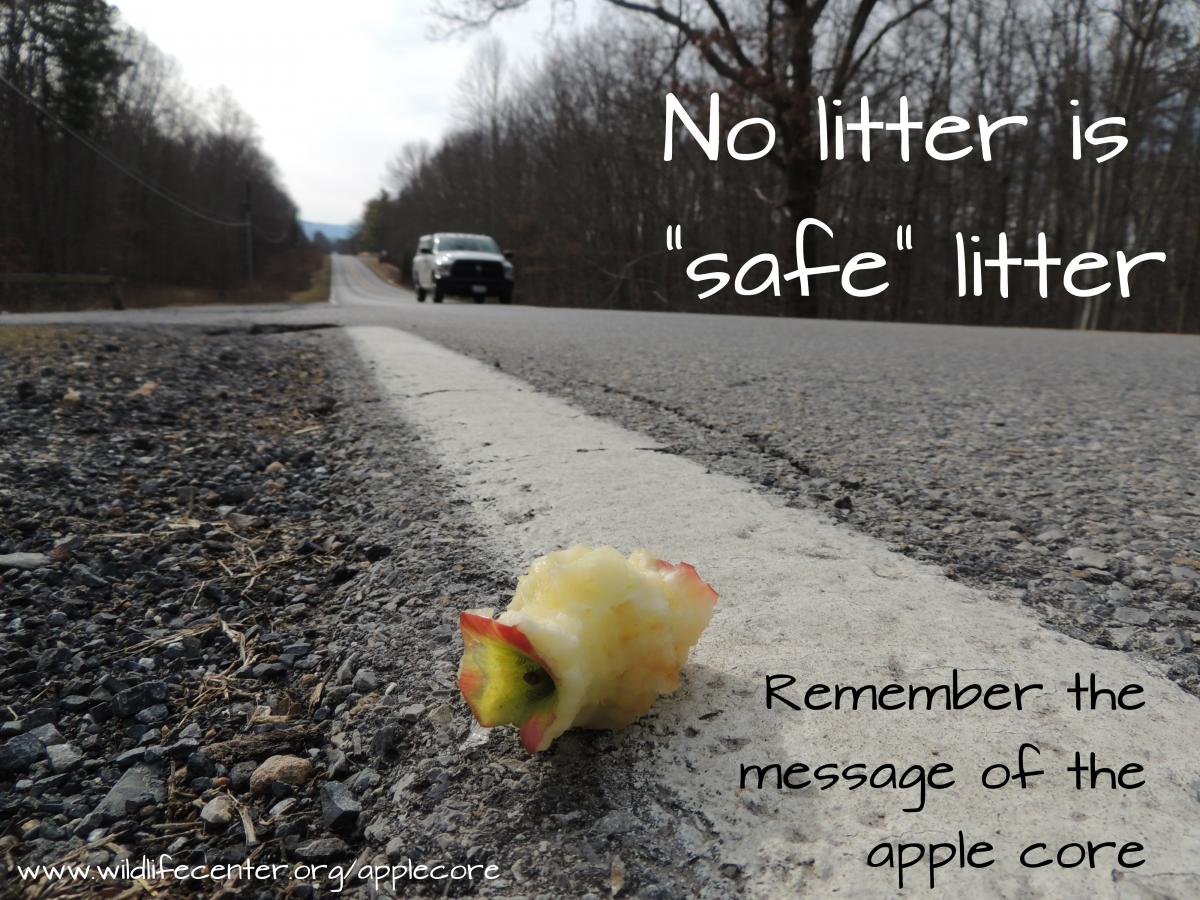 The apple core is equally as dangerous as any other type of litter because it WILL help a hungry animal find a meal – by the side of the road. Food items thrown from cars attract wild animals to the sides of roads, and roads are not a safe place for animals to be.

Wild animals do not understand the concept of cars, and they often will not or cannot get out of the way quickly enough when a moving vehicle is headed their way.

Imagine an opossum, late at night, snacking on the discarded apple core, when a car turns the corner and hits the opossum. The driver never sees the nocturnal creature eating on the side of the road.

Or imagine a hawk, perched in a tree with her eyes locked on a squirrel nibbling on the apple core in the left lane. The hawk swoops down to snatch the squirrel and is struck by a car.

Each year, the Wildlife Center admits hundreds of patients – just like the opossum or hawk – that are hit by cars. Often, these animals were searching for food along the roadside when they were struck by a vehicle.

Food items and food or beverage containers should never be discarded on the side of the road. They will attract wild animals to a very dangerous place and put the animals at risk of being seriously injured or killed.

Please remember that no litter is “safe” litter, and share the message of the apple core.