Lead Poisoning in Raptors at the Wildlife Center

Each year, the Wildlife Center admits dozens of birds with lead toxicity, including eagles, vultures, hawks, and owls. The avian scavengers – eagles and vultures – are always tested for lead upon admission; the veterinary team draws blood from the patient and runs it through an in-house lead analyzer for immediate results. 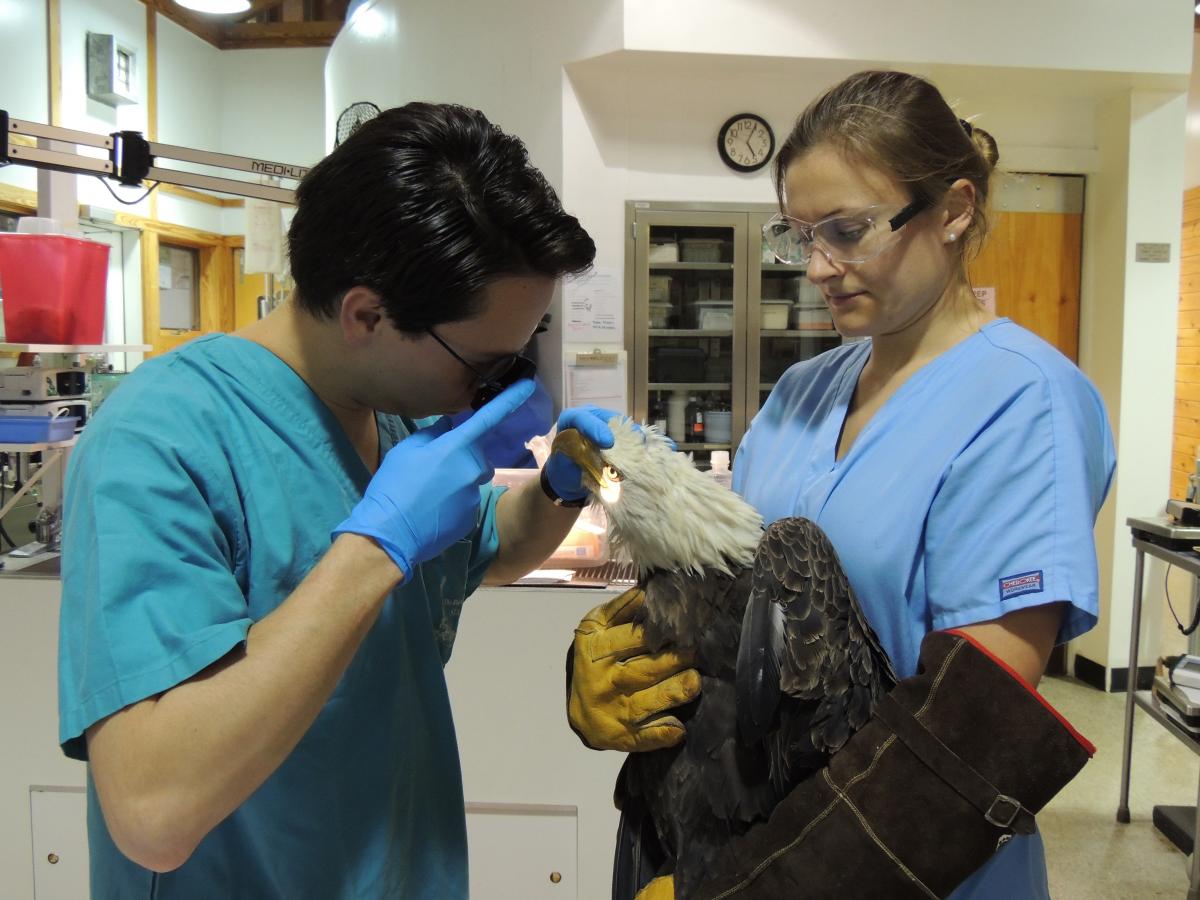 Between 2011 and 2017, the Wildlife Center admitted 275 Bald Eagles; more than two-thirds of the eagles admitted had measurable lead levels in their blood.

On average, nearly a third of eagles admitted and tested have visible symptoms of lead intoxication, including a general listlessness, inability to maintain balance, refusal to eat, overall weakness, and lack of muscle coordination.  In severe cases, lead intoxication can cause a head tilt, blindness, convulsions, and eventually death.  In such cases, treatment options are very limited and seldom successful.

Eagles may test positive for lead at “subclinical levels”, meaning they have been exposed to lead, but at a less critical level.  With sub-clinical levels of lead in their bloodstream, eagles may appear normal but still suffer damaging long-term effects.  The birds may be able to fly, but with less agility.  They may be able to see, but with less precision.  They may be able to feed themselves, but not capture live prey.  Their reaction time and reflexes may be slowed.  Such sub-clinical intoxication is the functional equivalent of driving drunk; the birds are more likely to suffer accidents or injuries that would otherwise be avoidable. On average, more than a third of eagles tested at the Center are positive for lead at a subclinical level.

Unlike organic toxins, lead is a heavy metal; an eagle’s internal organs are not able to easily purge the lead in the bird’s bloodstream, and the toxin is cumulative. Lead accumulates in the bones of the affected bird; if the bird is exposed to additional lead in its diet, the amount of the toxin will increase over time, eventually affecting the bird’s ability to survive.  The cumulative impacts can last for years, and can only get worse over time. 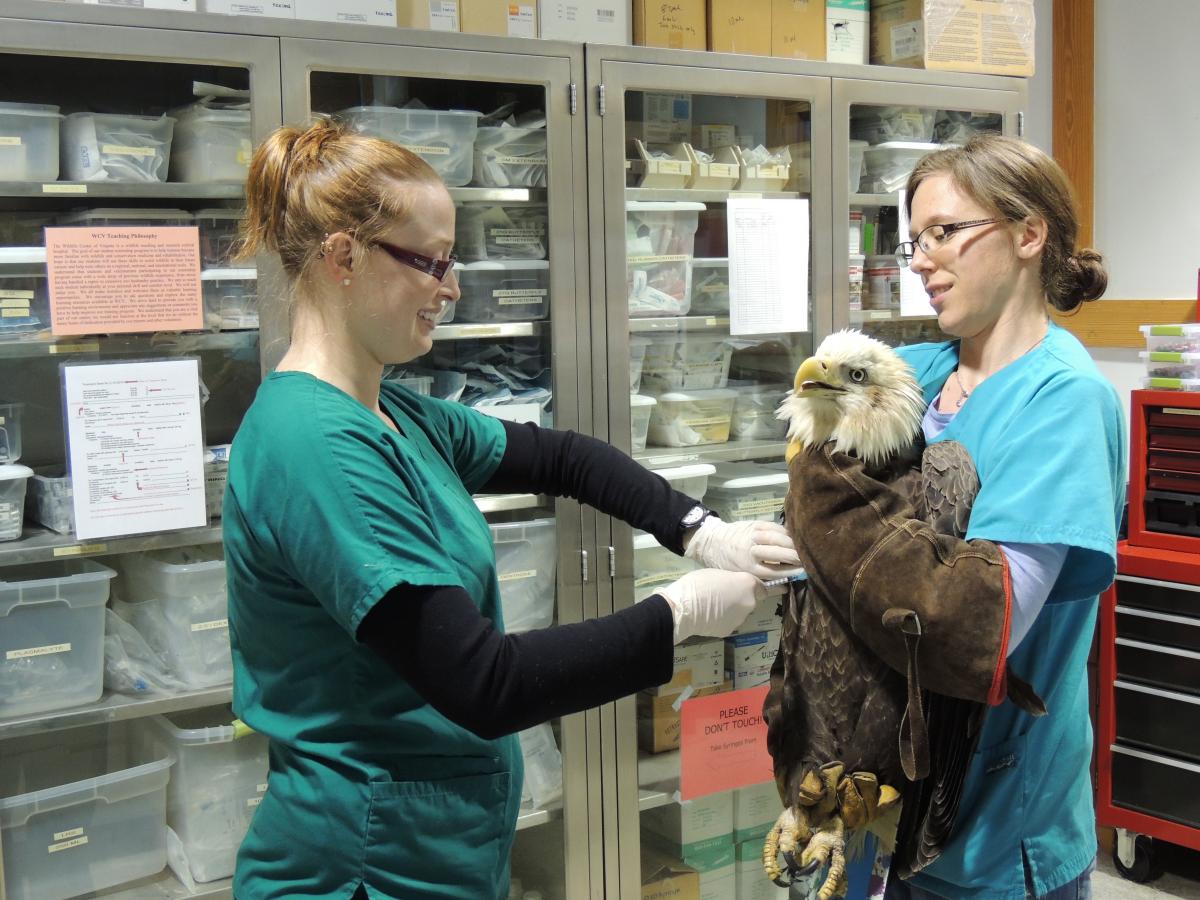 Raptors that test positive at a clinical level for lead are treated with chelation therapy, which consists of a course of CaEDTA injections; this “chelator” binds to the lead to take it out of the bird’s blood – essentially “scrubbing” the blood clean. Treated patients also receive an oral chelation medication. After the first round of chelation therapy, birds have a rest period and then are tested for lead again. Sometimes a bird must receive several rounds of chelation therapy.

Sadly, even if raptors survive lead poisoning and chelation therapy is effective, they can have permanent long-term deficits that prevent their release. Studies show that lead poisoning can cause permanent cardiac damage, which affects a bird’s stamina and may prevent release.  The vision of affected birds can also be permanently impaired.