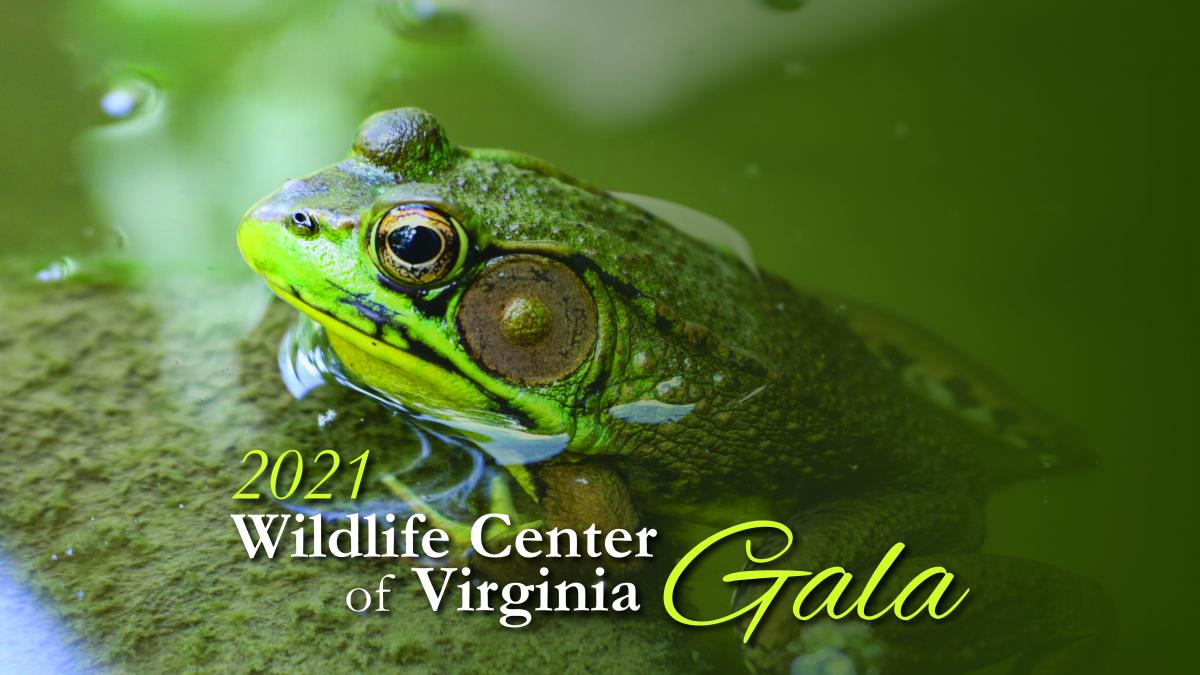 Join us as we countdown to our online Gala & Benefit Auction!

Starting Monday, October 18, and extending throughout Gala Week, we'll be presenting a series of online events to our all-access ticket holders.

Meet the individuals who bottle-feed the tiny cubs that come to the Center in early spring …  and who then deliver pounds of grub to rambunctious, growing bears – weighing more than 100 pounds each – a year later.  Join Outreach Communications Coordinator Kai Medina in a conversation with bear-care team members Kelsey Pleasants and Ben Cole.

Tuesday, October 19 at 6 p.m.  The Bird Way: A Conversation with Author Jennifer Ackerman.

Charlottesville-area resident Jennifer Ackerman has been writing about science, nature, and health for three decades.  Her most recent book, The Bird Way: A New Look at How Birds Talk, Work, Play, Parent, and Think, has already won critical acclaim and has been published in a dozen languages.

Jennifer’s 2016 book, The New York Times bestseller The Genius of Birds, was named one of the 10 best nonfiction books of 2016 by The Wall Street Journal, a Best Science Book of 2016 by National Public Radio's "Science Friday", and a Nature Book of the Year by the London Sunday Times.

Join Center Board member Julie Morrill for a conversation with Jennifer about birds, birding, and science-writing!

Buddy has been an important fixture at the Wildlife Center for more than a decade.  Rescued from his nest at the Norfolk Botanical Garden in May 2008, Buddy came to the Center with an international “fan club” – thousands of individuals who had followed his life story through an online eagle cam.  Buddy continues to serve as an inspirational ambassador for Bald Eagles and for the Center.

Join Outreach Public Affairs Manager Alex Wehrung for a conversation with and about Buddy.

Thursday at 6 p.m.  Teaching the World: Traveling with Ed Clark.

The mission statement of the Wildlife Center reads, “A hospital for native wildlife: teaching the world to care about, and to care for, wildlife and the environment.”  Center President and Co-Founder Ed Clark has traveled around the world to help teach the world – about wildlife rehabilitation, conservation, and environmental stewardship.  Countries in Ed’s Wildlife Center “passport” range across five continents – from Belize to Zimbabwe.

Join Center Executive Vice President Randy Huwa for a conversation with President Clark about Ed’s foreign travels, adventures – and that time he was thrown out of a country.

This year’s Gala will be online – you can join the festivities without leaving your house or changing out of your comfy bedroom slippers.  But we still want you to join in the celebration.

Please Join Us for Gala Week!