On August 26, 2015, a mature female Bald Eagle was released at Widewater State Park in Stafford, Virginia. The eagle was rescued in the same area in May 2015; the bird spent more than three months recovering at the Wildlife Center. Read more about the eagle’s history and rehabilitation here. Prior to release, the eagle was fitted with a GPS transmitter.

October 14:  Bald Eagle W20 has been continuing to travel around her usual habitats in Virginia and Maryland. She spent the end of last week in Stafford and King George Counties, then flew across the Potomac River to Maryland on October 9. She spent a couple of days near Wade's Bay, though today right before her check-in, she flew up the Maryland peninsula and crossed the river back to Virginia. W20 is currently just north of Quantico. 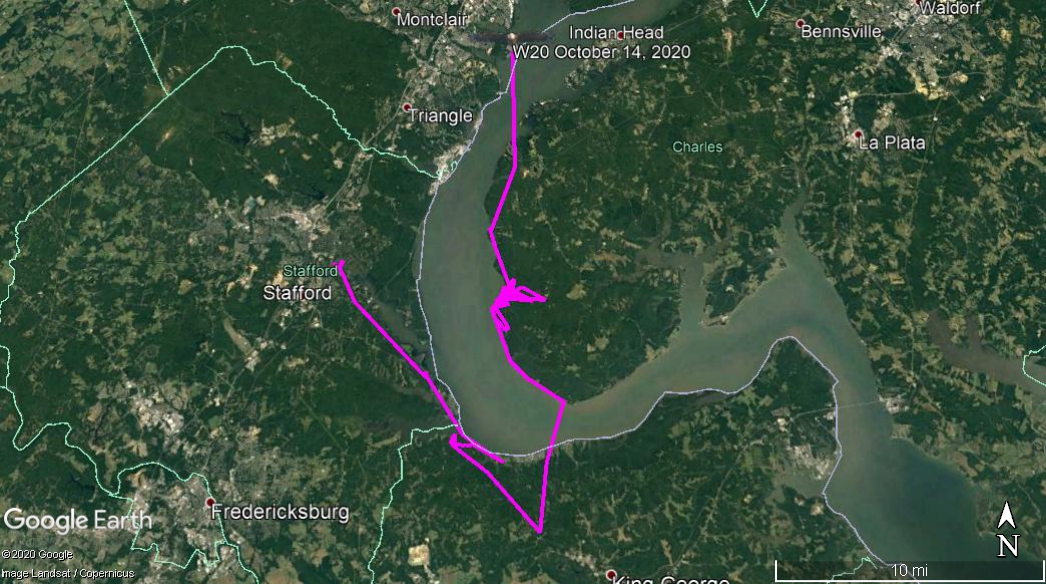 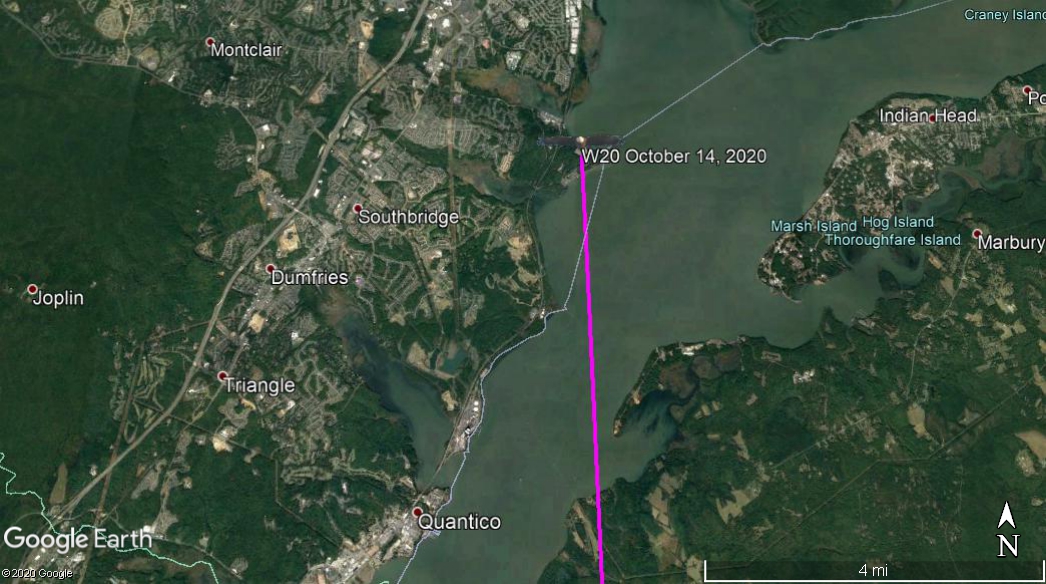 October 6: During the past two weeks, W20 made several trips back and forth from Virginia to Maryland. Shortly after her check-in last week, W20 flew to Maryland. After spending the next four days there, she flew back to Virginia, and slowly started flying north toward Stafford. On September 30, she took a quick trip to Maryland and then flew back again later that same day. 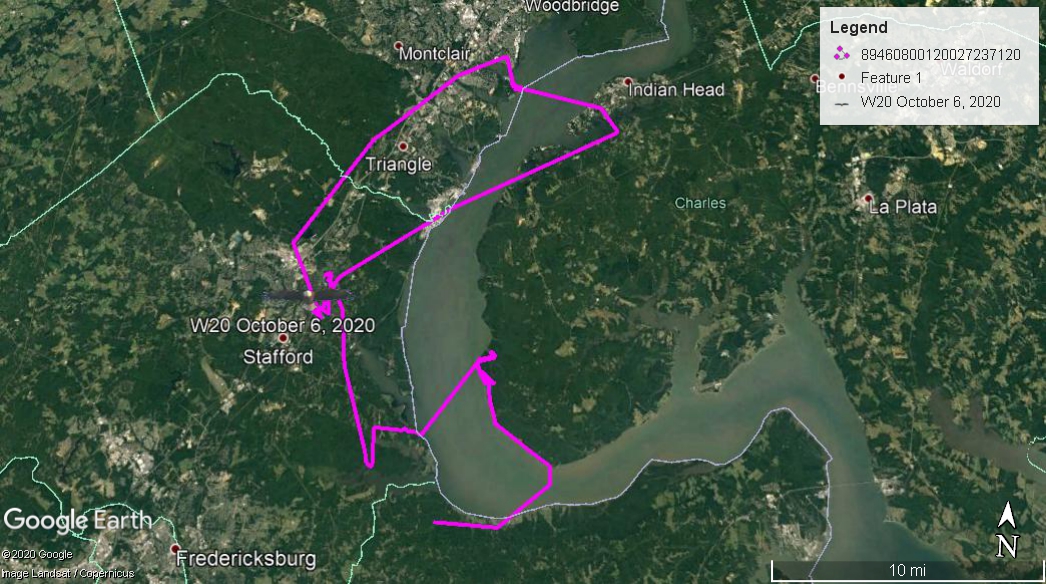 September 22:  W20 didn't travel much during the past week; she's been exploring the banks of the Potomac River, where the Potomac Creek and Accokeek Creek meet. This is one of W20's familiar hangout spots and is within just a few miles of her 2015 rescue and release location. We're fortunate to have been able to track W20 for that long! 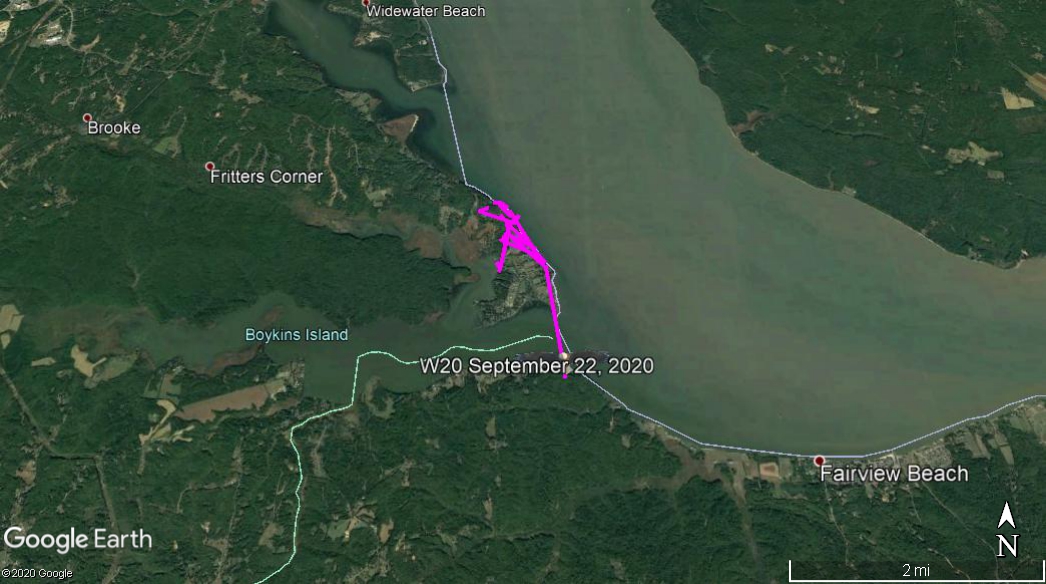