On July 4, 2018, a fifth-year Bald Eagle was released at Rappahannock River Valley National Wildlife Refuge in Richmond County, Virginia. The eagle was rescued at the refuge in May 2018. Read more about the eagle’s history and rehabilitation here. Prior to release, the eagle was fitted with a GPS transmitter.

September 3: Still no update from RR53; the GPS unit continues to lose its battery charge, though still no reason to believe that anything happened to the bird.

July 15 update: We haven't received any data from RR53 in the past three weeks; it appears as though the GPS unit is losing battery charge for some reason. We consulted with the Cellular Tracking experts recently; they have no reason to believe that anything happened to the bird at this point, it's more likely something with the transmitter. We'll stay tuned and see if we hear from this bird again soon!

June 21: RR53 continues to hang out around the Fones Cliffs area, making a trip across the Rappahannock River every few days. 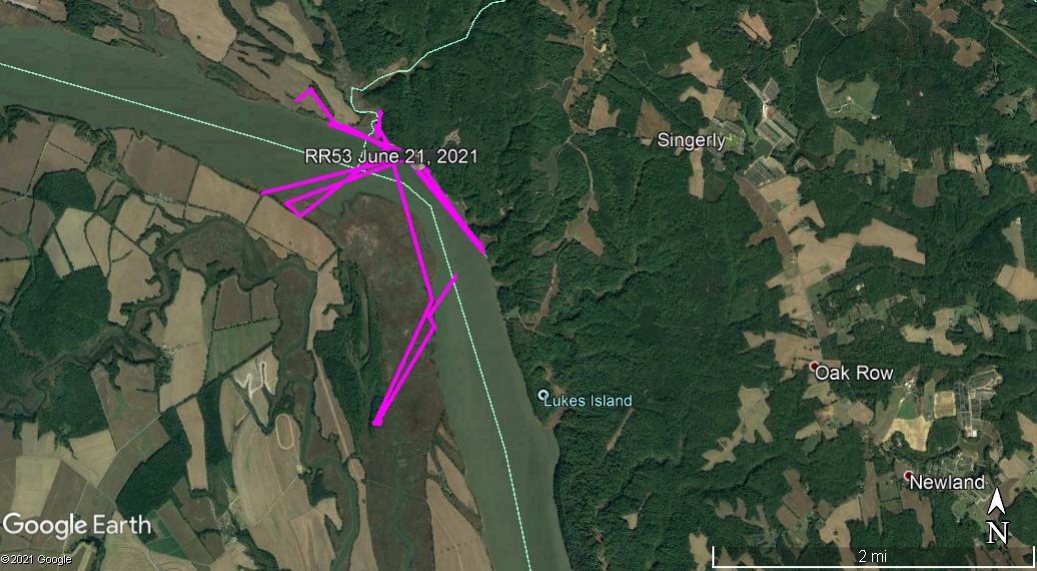 June 9: Bald Eagle RR53 stayed at Fones Cliffs during this past week, taking a couple of trips across the Rappahannock and back. Take a 360-degree tour of the area here! 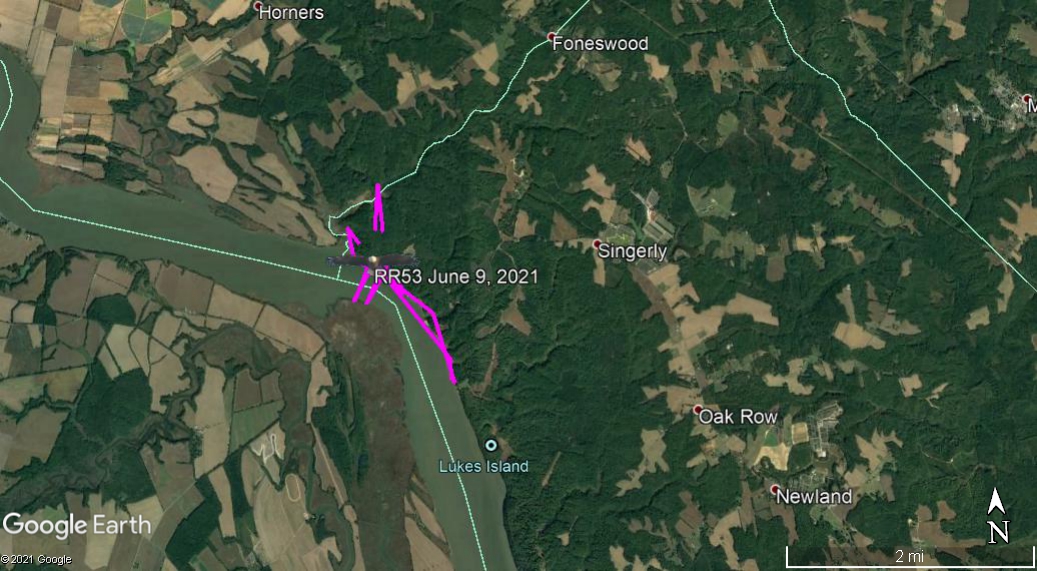 June 2: On May 27, RR53 left the King George area and followed the Rappahannock River southeast to Richmond County. The eagle is hanging out on the river at Fones Cliffs, home to a very large concentration of Bald Eagles. According to The Chesapeake Conservancy, this area is "a four mile stretch of white colored diatomaceous cliffs rising over 100 feet above the Rappahannock River. It is the ancestral home of the Rappahannock Tribe and a globally significant Important Bird Area for resident and migratory bald eagles and other migratory birds." 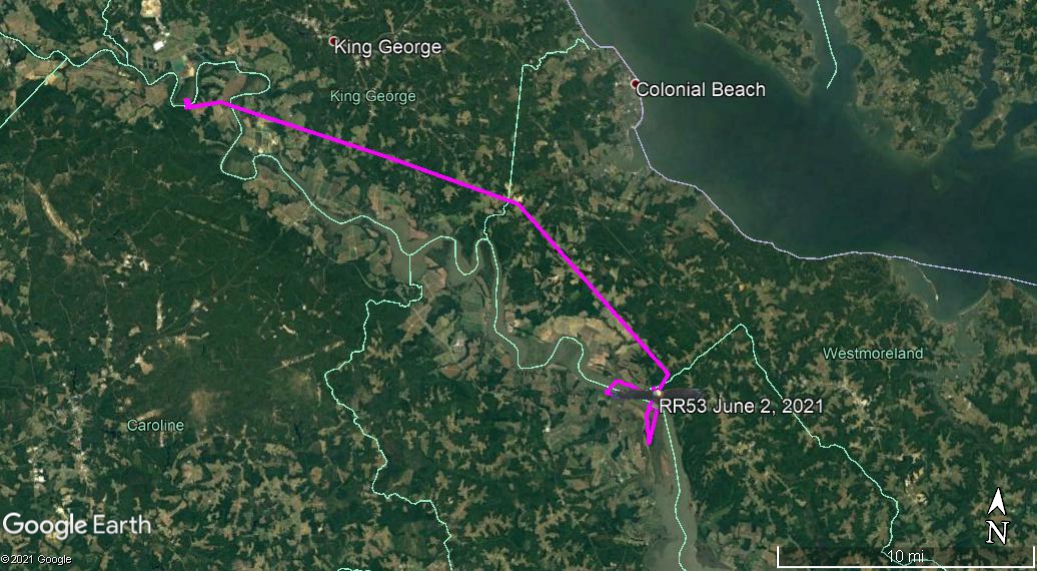