On July 21, the veterinary team started moving the cubs of 2022 to the Black Bear Complex! After a week of cleaning up the bear yard and making final checks and fixes, the staff were ready to move the largest of the cubs to yard #2 in the complex. One finishing touch that was added to the yard was a very large firehose hammock that was created by Center volunteer J.J. and some friends – the hammock should be plenty large enough to hold all five cubs if they so choose! 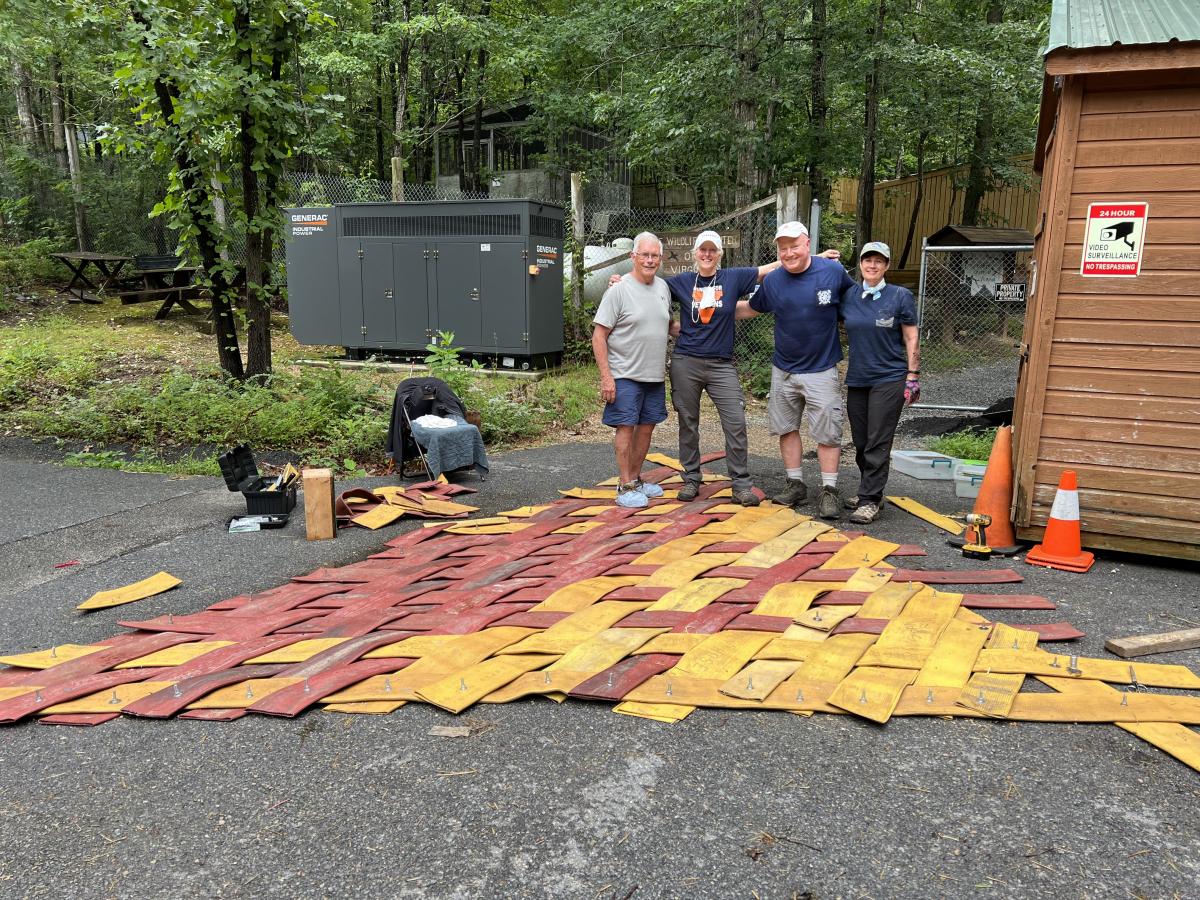 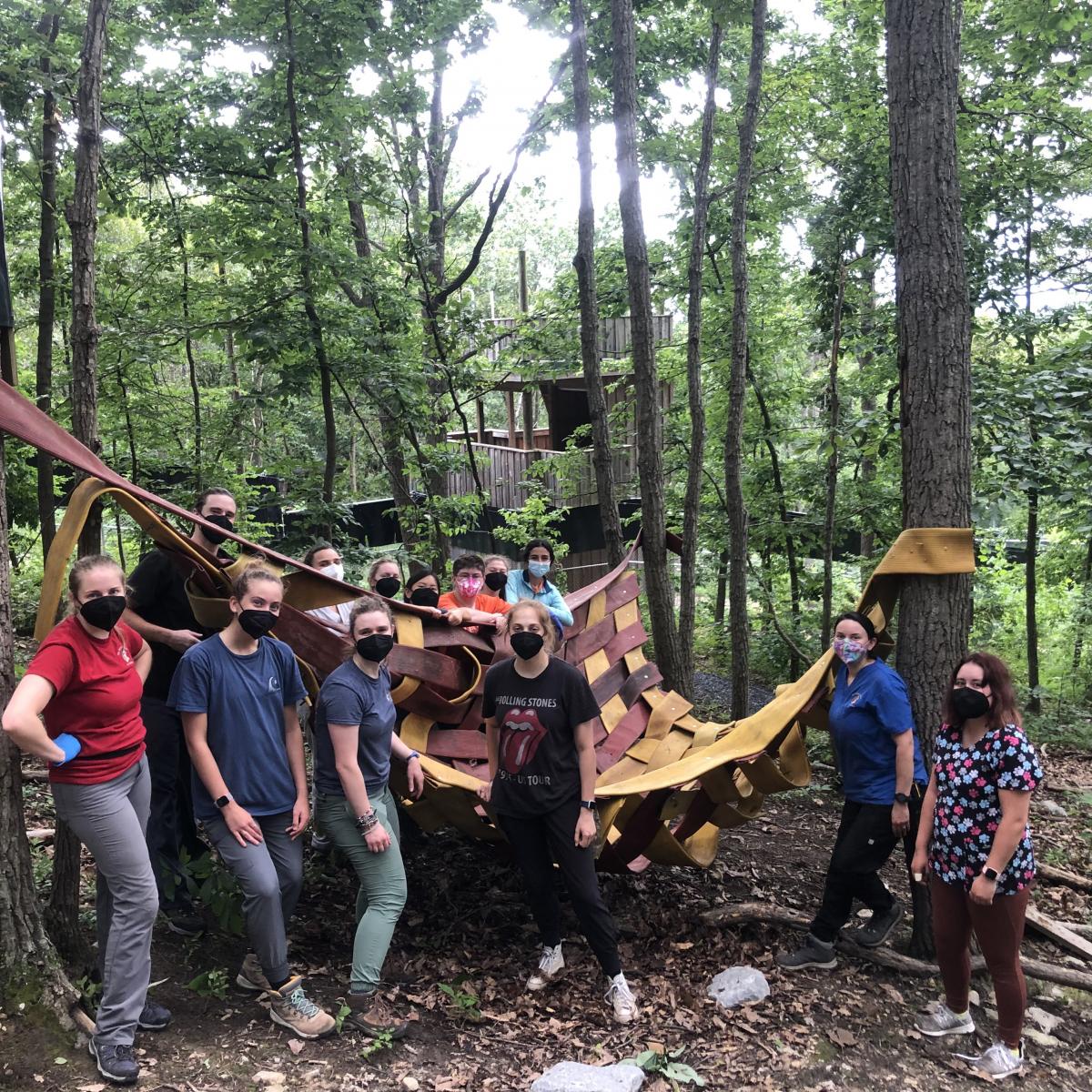 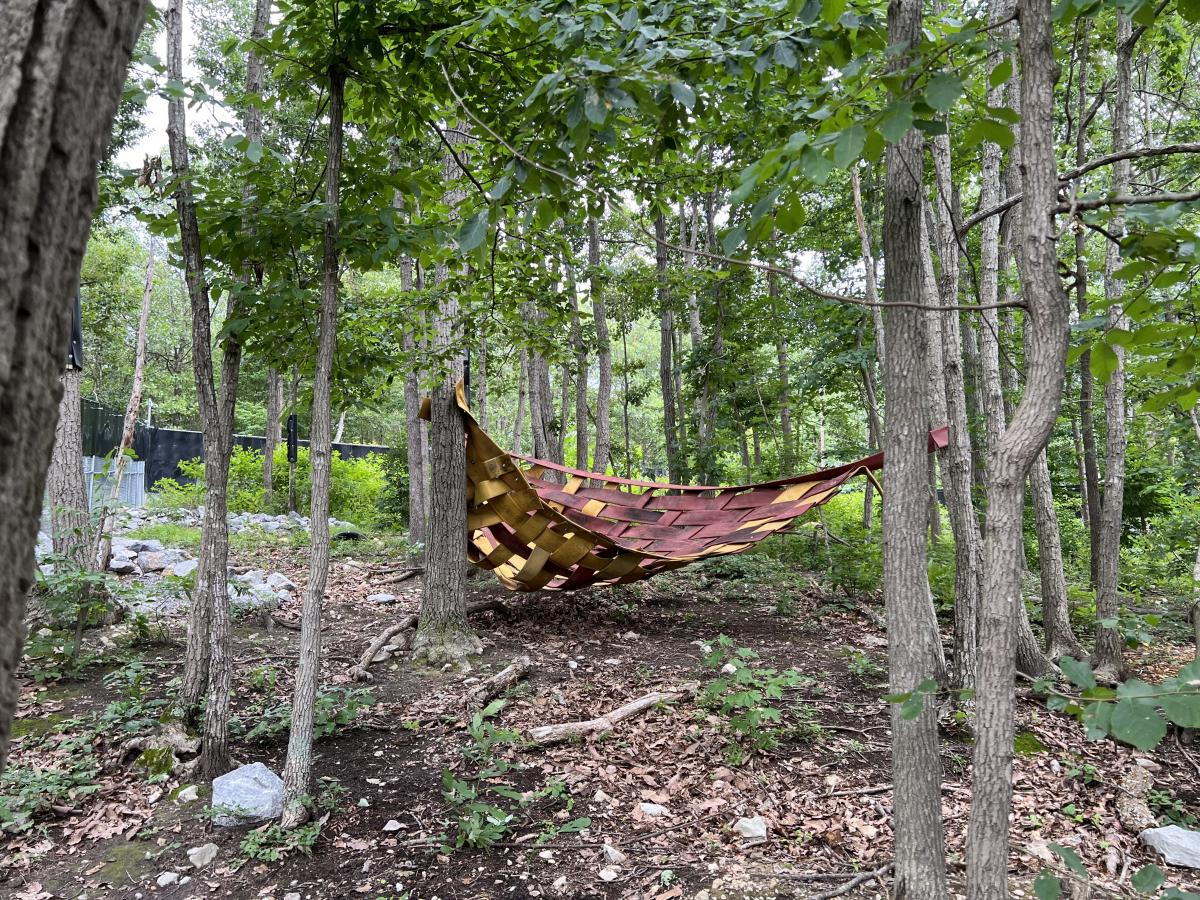 The veterinary team sedated cubs #22-0462 and #22-0685 so that each cub could receive his colored ear tags for identification purposes. Both bears were in good body condition and were moved to the transition area of yard #2 successfully before their sedation was reversed and they started to wake up. 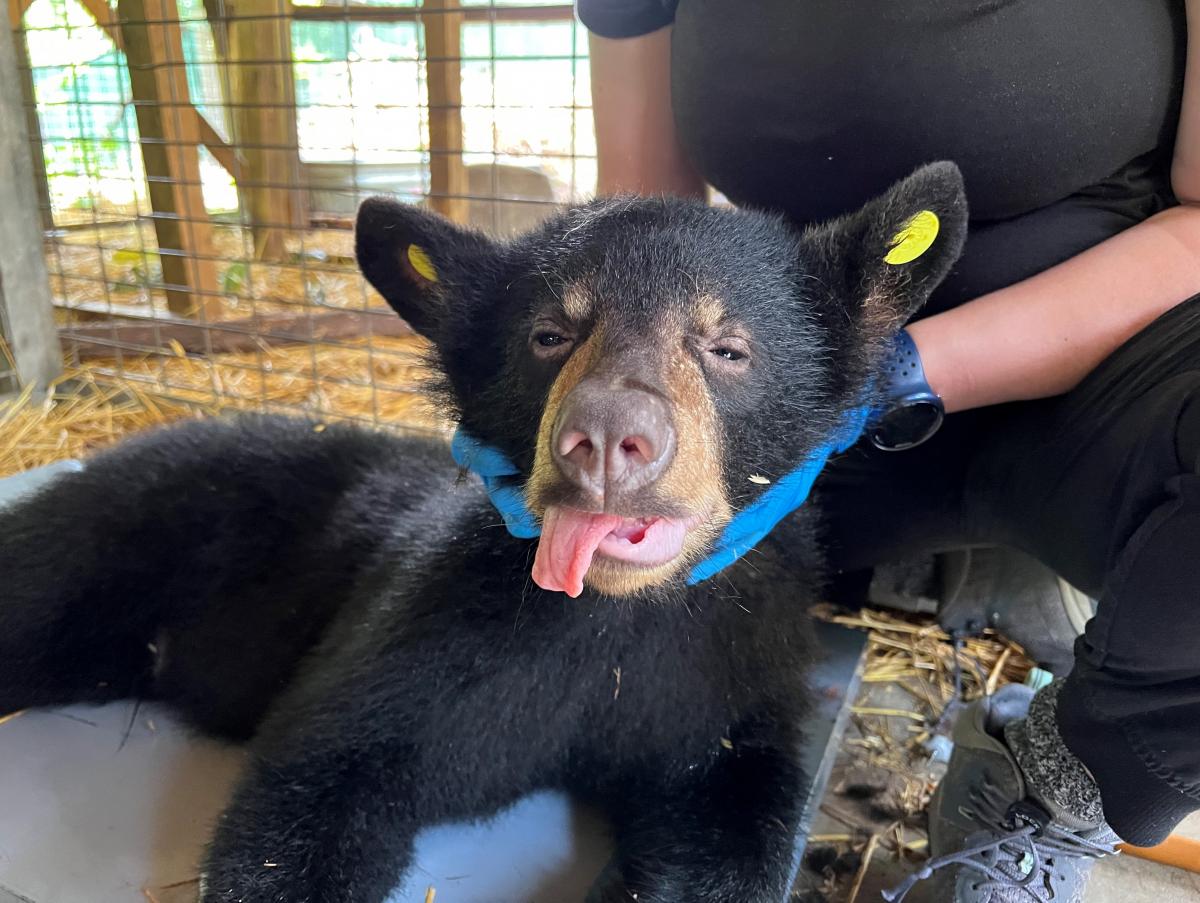 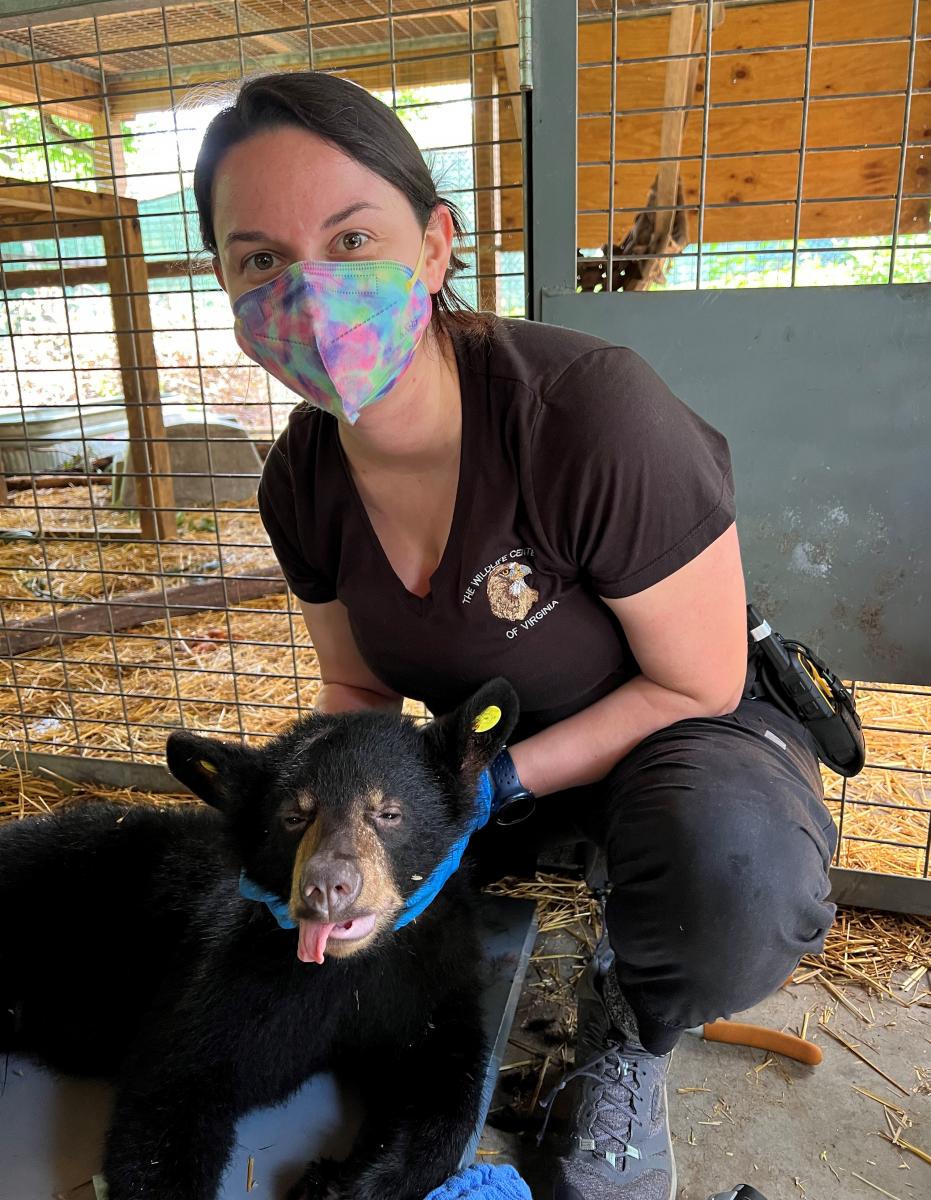 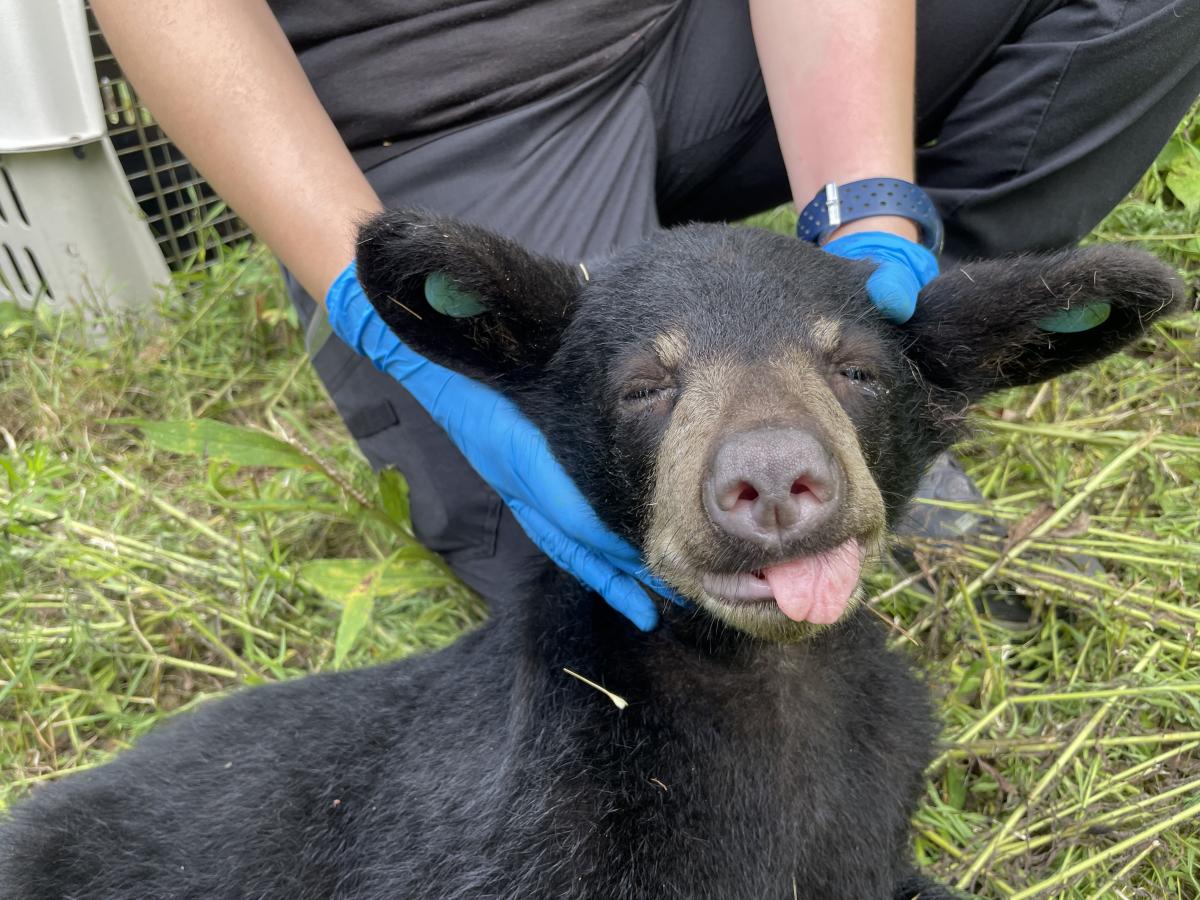 The cubs will remain in the transition yard until they are fully awake; the staff will check in the bear cubs later in the afternoon and may open the adjoining gate to the main yard at that time. 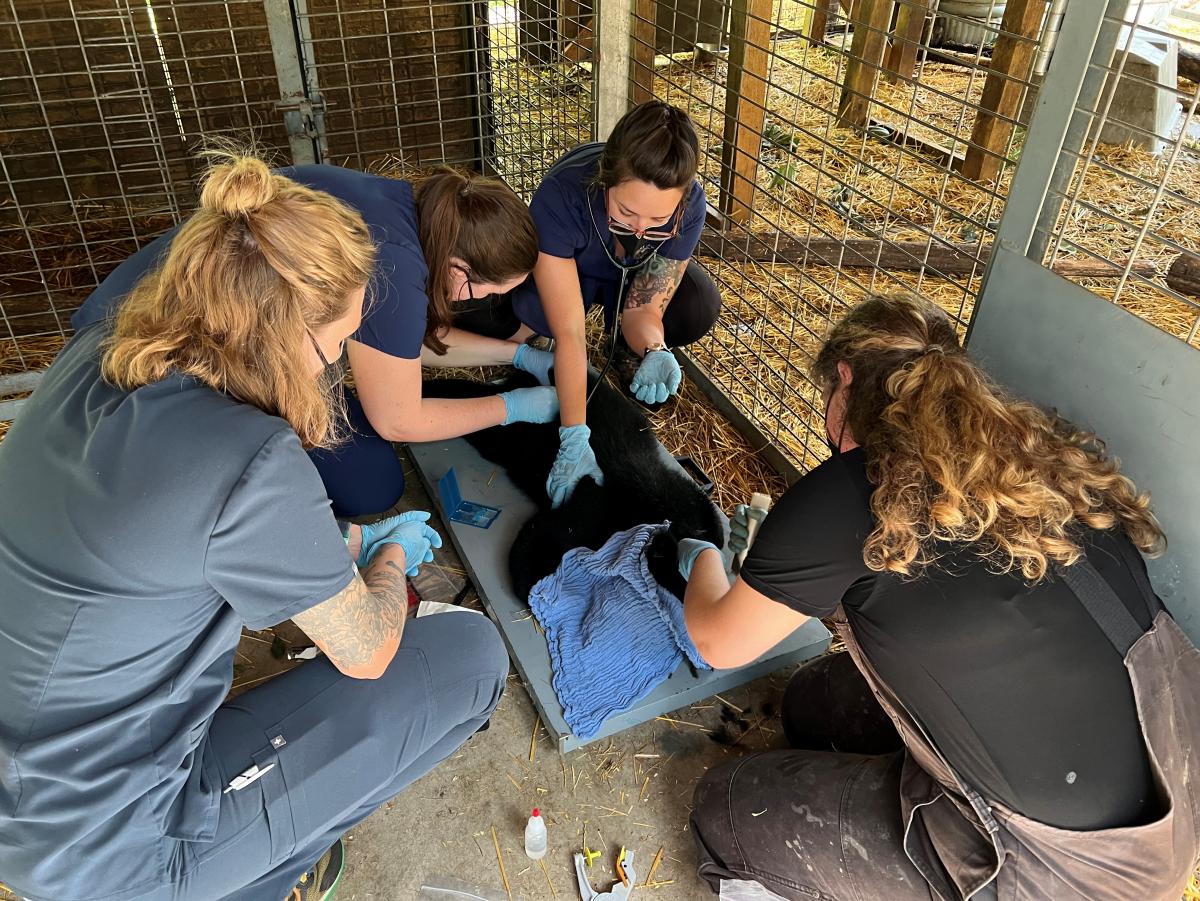 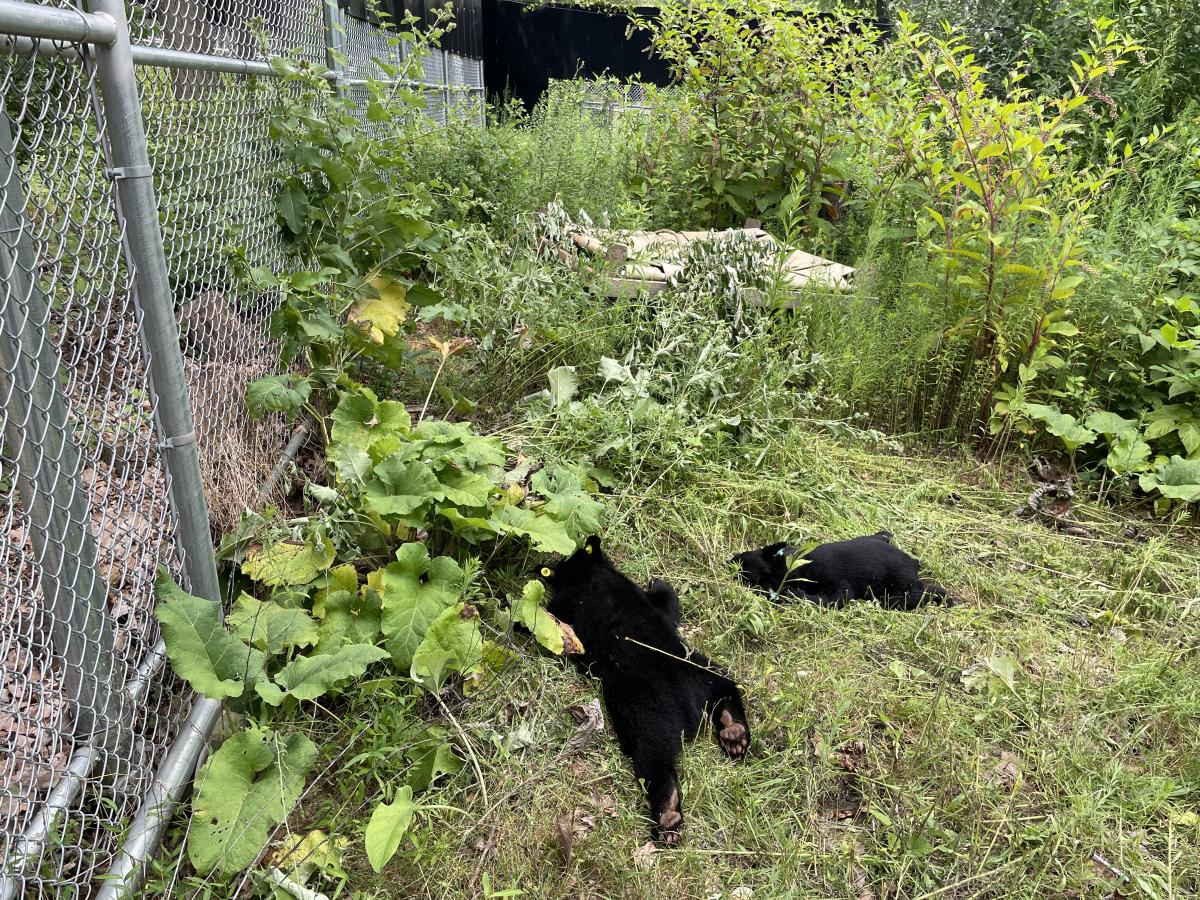 Since Double Orange tags [cub #22-1448] already has his ear tags in, the cub won’t need to be sedated to be moved. The rehabilitation staff will plan on shifting the cub into a Zinger crate on July 22 and will transport the crate to the Bear Complex. Since it’s been weeks since this cub was with the others, the staff will plan to place Double Orange tags in the transition area once the other two bears are in the main part of the yard. After a few days of an introduction through the fence, the door will be opened and the cubs will have access to the full area together.

Cub #22-1087 [female] and Double White tags will remain in the Large Mammal isolation enclosure for now. The small female cub weighed 6.52 kg on July 18; typically staff like to have cubs weigh at least 10 kg to move to the Bear Complex. Double White has been walking and climbing well on his healed leg; Dr. Karra would like the bear to have some additional time on both sides of the Large Mammal enclosure before moving to the half-acre yard.