On the morning of June 30, Drs. Karra and Sarah and rehabilitators Kelsey and Shannon were able to move three Black Bear cubs from the Large Mammal Isolation enclosure to the transition area of yard #2 in the Black Bear Complex. Kelsey reports:

"We moved three bears to transition yard #2 today, and will open up the gate so they can have free access to bear yard #2 later today. As soon as everyone is settled, probably tomorrow, we will open the gate between BY2 and BY3 so all of the bears can mingle. 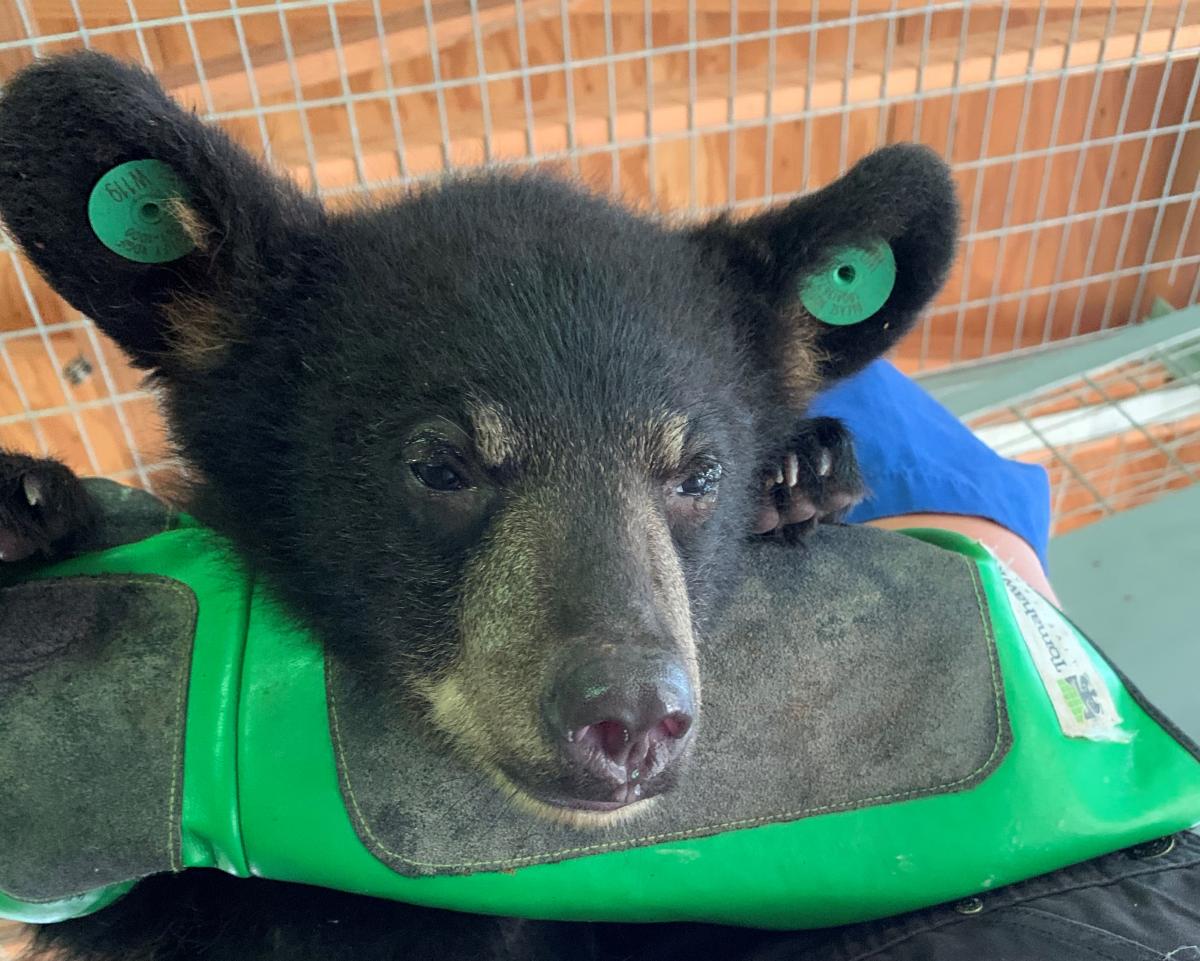 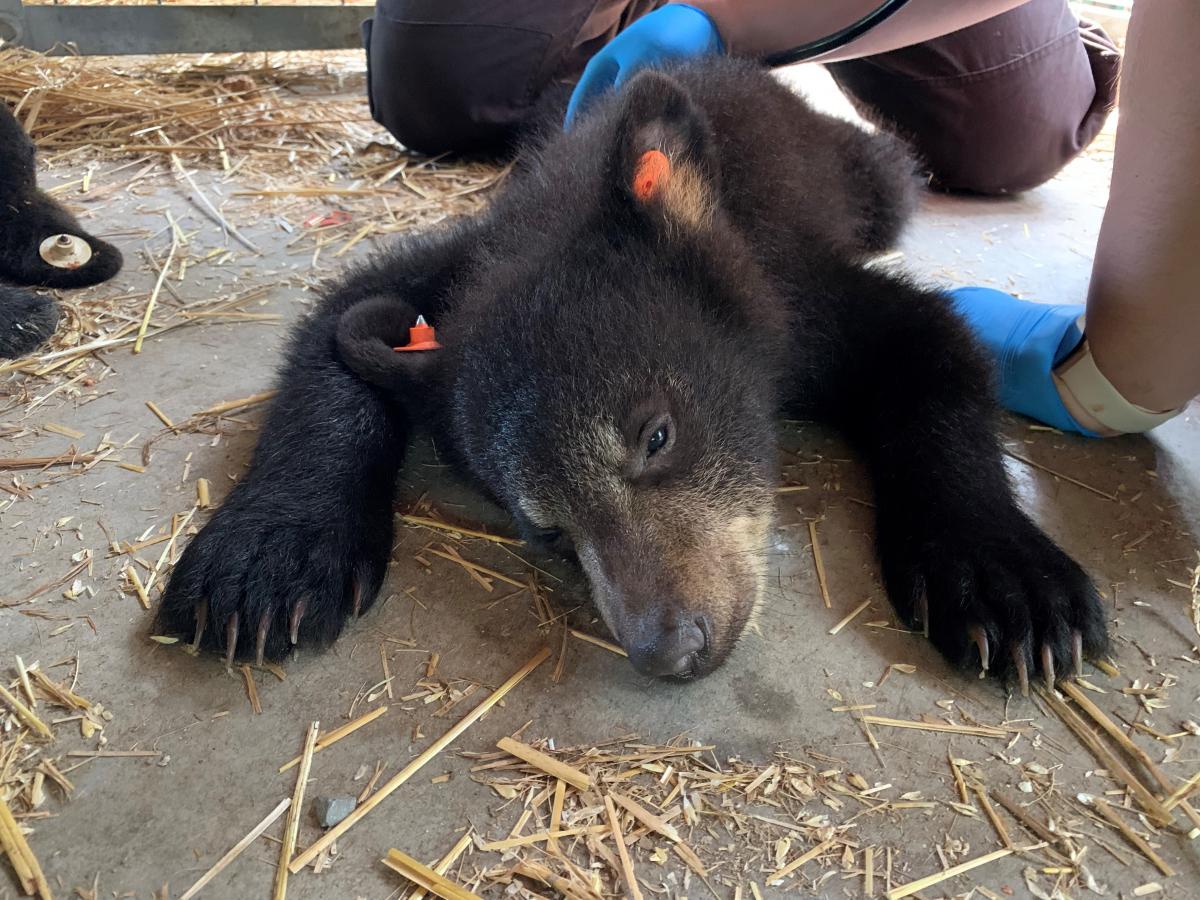 "Bears remaining in LMI 2:
#20-0589, Double White. 11.5kg. We found that two nails were broken, with one being severe enough we want to treat and monitor her. She’s back on antibiotics, and the broken nails have silver Allu spray on them.
#20-0384, No Tag. Did not weigh today, still too small to move.

"All bears were re-tagged so these identifiers are up to date. 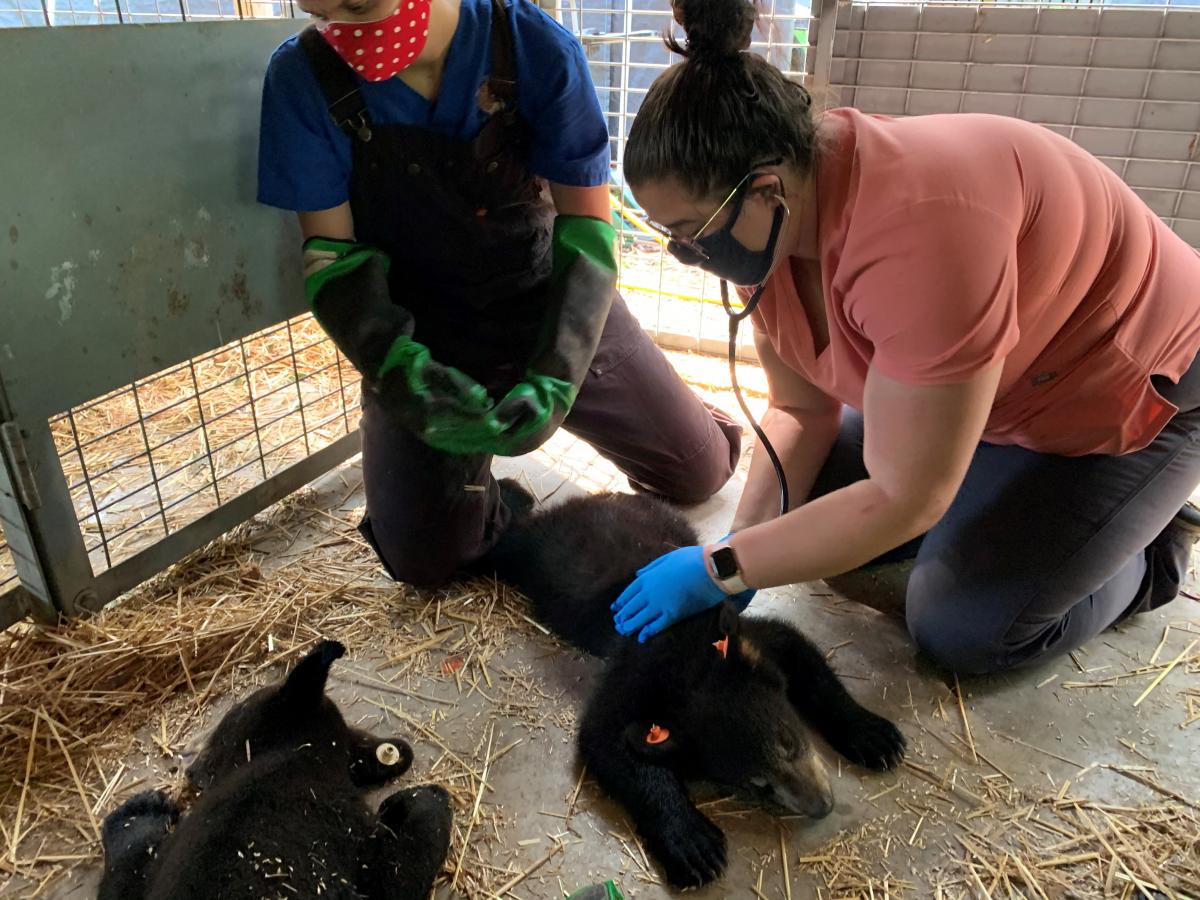 "LMI 1 bears are staying put since they are still small. We did not weigh since Blue Team weighed them Friday. [they are in the 6 - 8 kg range].

"Later today or tomorrow we will live-trap #20-1808 -- the female hit-by-car bear in the Bear Pen -- and move her to LMI 2 to integrate with other cubs. We'll also be able to observe more closely how she’s doing before deciding when to move her to the Bear Yards."

This means there are currently a total of 12 bears in the Black Bear Complex, and, with the move of the newest cub, a total of seven bears in the Large Mammal Isolation enclosure. Watch for them all on Critter Cam!