During the past two months, the Black Bear cubs have become much less active, and are settling into their dens for more extended periods of sleep during the cold weather periods. In the fall, the bears were ravenously eating up to 120 pounds of food a day; at this point, the bears are eating about 40 pounds of food a day, with one weekly fast day (typically on Sundays). 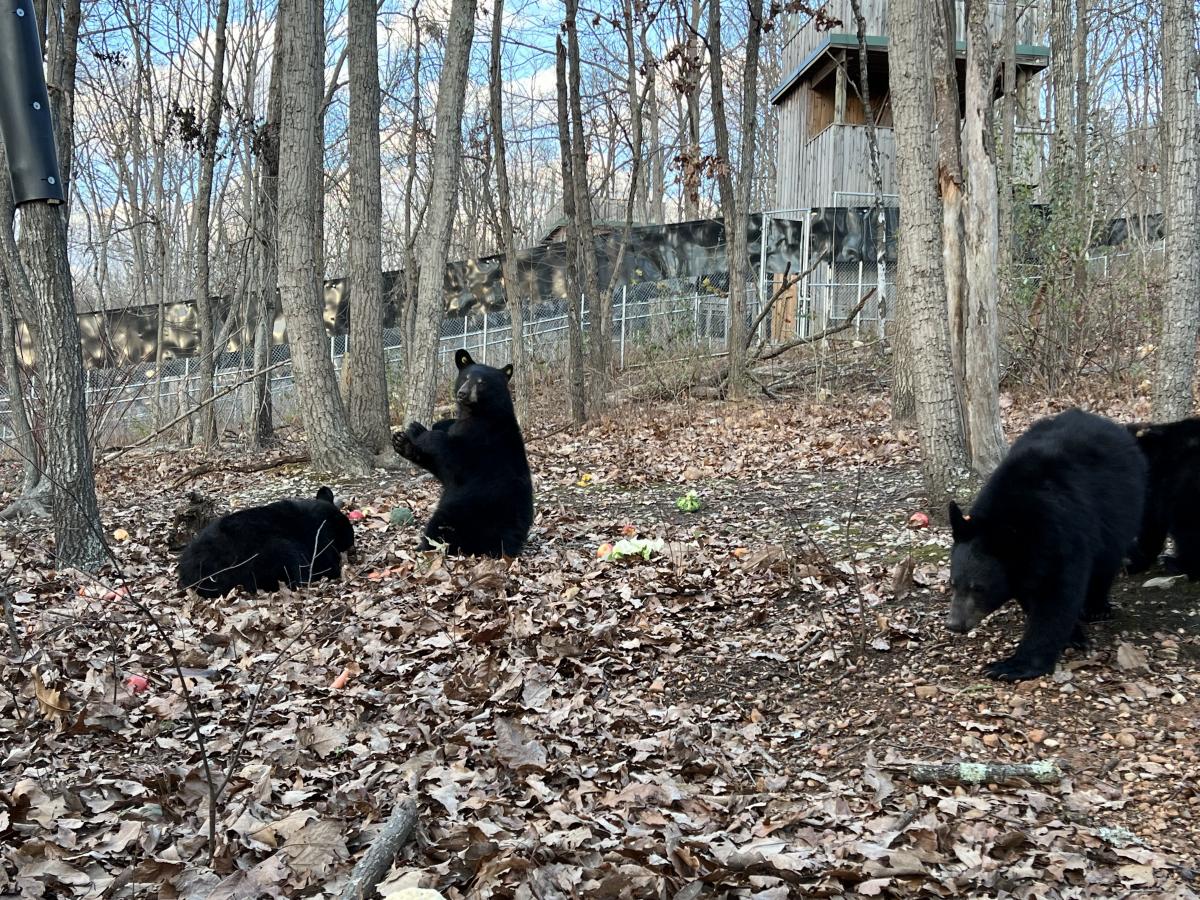 During the week of January 17, the Center is celebrating the Black Bears’ birthdays; January 17 is the median date for Black Bear births in Virginia.

On January 17, we joined the rehabilitation staff in the kitchen as they prepared some special birthday treats for the bears, and watched as the "cakes" were delivered in the yard. It took about an hour for these well-fed bears to venture over and check it out, but Double Orange Tags appeared to very much enjoy his party!

Note: there is no sound for the first eight minutes, then the tech issue is resolved!

On Thursday, January 19, we hosted a variety of former staff in a special program that took a look at the evolution of bear care over the years at the Wildlife Center.

Black Bear Birthdays in the News: