Bald Eagle #16-1474 has been flying very well in the A-1 flight pen during the past two weeks; the bird is able to maintain altitude, has strong stamina, and a general good quality of flight. Pre-release blood work was drawn on Thursday, August 11; results came back within normal limits. Dr. Dave also fitted the bird with a GPS transmitter, which will track the bird's movements post-release. The eagle was returned to the flight pen for additional time to fly while wearing the GPS transmitter.

On Monday morning, Dr. Dave assessed the bird's flight again and declared the bird ready for release. The eagle will be released on Saturday, August 20 at 2:30 p.m. at Belle Isle State Park [1632 Belle Isle Rd., Lancaster, VA]. The release is open to the public; through the generosity of a Center supporter, there will be no park-admission fee for release attendees. When you arrive at the entrance to Belle Isle, please let park personnel know that you will be attending the release. If attending, please RSVP to lkegley@wildlifecenter.org. 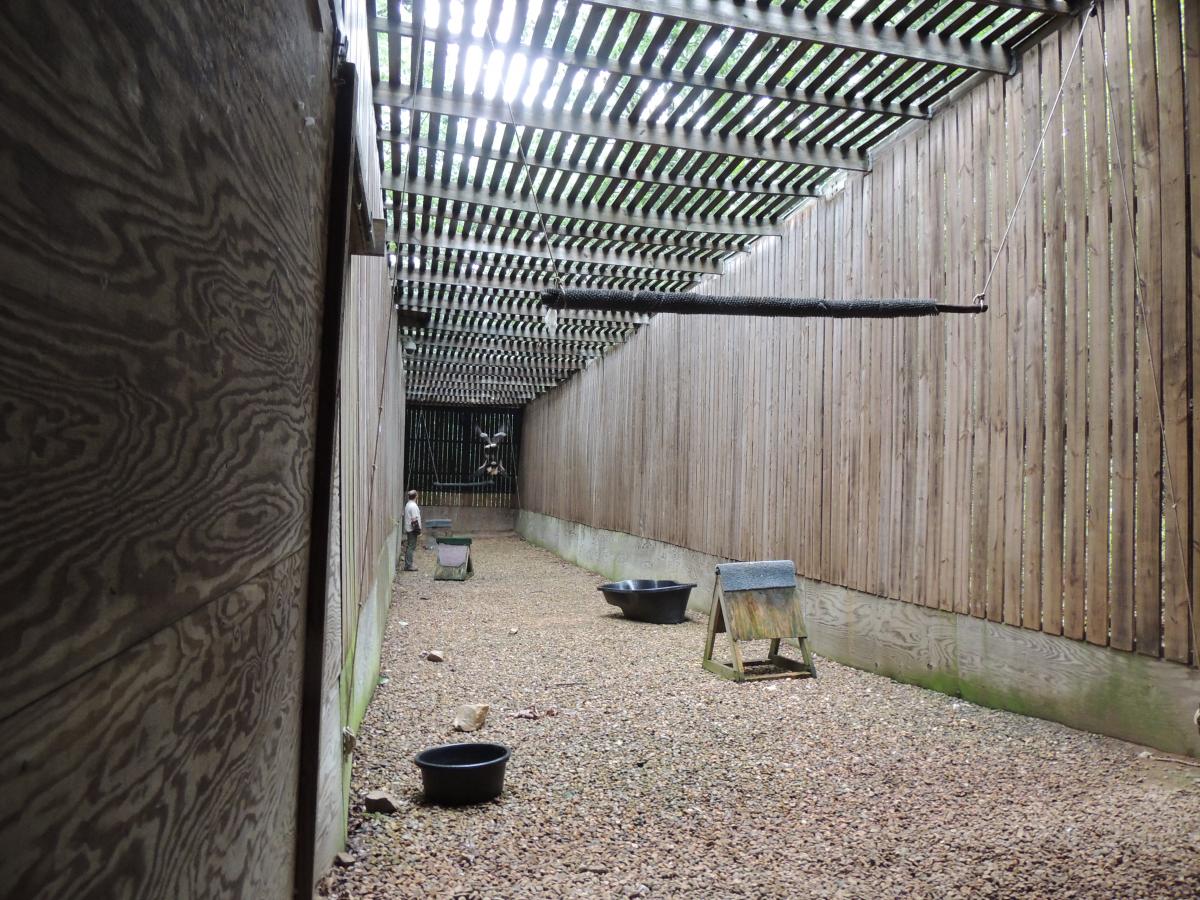