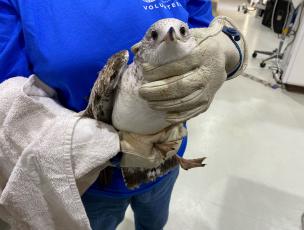 On the evening of December 19, two concerned citizens in Rockingham County discovered a Ring-billed Gull that had been trapped in fishing line in the middle of Lake Shenandoah.  The gull was struggling to free itself and in danger of drowning. The finders quickly called the Wildlife Center for help and were connected to an experienced volunteer in their area.  Unfortunately, since the bird was in the middle of a large body of water, the ability to safely rescue the animal was hindered.  The volunteer called the Rockingham Fire Department and a firefighter was able to meet the original caller at the scene to lend assistance.

While the finders of the bird and the firefighter were assessing the scene, they observed that the gull was quickly becoming exhausted.  It was then that a local resident of the lake community appeared and offered the use of their kayak to the rescuers. The original caller paddled out to the middle of the lake on the kayak and used a kitchen knife to cut the fishing line from under the gull. The rescuer was able to bring the bird back to shore, where he and the firefighter carefully cut the remaining fishing line away from the legs and beak of the gull.  The Center volunteer housed the bird overnight before transporting it to the Wildlife Center the next morning.

On admission, the veterinary team found that the patient was very alert and reactive to handling.  The physical examination revealed an active hemorrhage of the bird’s left nostril as well as an abrasion on the webbing of its right foot.  Radiographs were also taken but revealed no fractures or abnormalities.  The patient was treated with an anti-inflammatory medication for its injuries and given supportive fluids to correct any dehydration.

The current prognosis for this patient's recovery is guarded. It is possible that the bleeding from the nostril is indicative of a more serious internal injury to the head or respiratory system. The stress of captivity can also make appropriate healing difficult for many species of wildlife, and this bird will require specific accommodations such as access to enough water in which to bathe and swim.  For now, this Ring-billed Gull has been moved to a less stressful outside enclosure where its injuries will continue to be closely monitored by the Center's veterinary team.

Your donation will help provide care to this gull ... and 3,800 other patients admitted to the Wildlife Center this year. Thank you!

After monitoring the gull’s condition for several days, the Center's veterinary team concluded that the minor injuries the patient had sustained were healing appropriately. The hemorrhage from the gull’s left nostril had resolved, and the abrasion on the webbing of the right foot showed no signs of infection or inflammation.  The staff also carefully assessed the gull's flight and determined that it was able to fly and navigate its enclosure without issues.  Since no other abnormalities were observed by vet staff, the patient was cleared for release after a week in care.  The original rescuer was able to transport the gull from the Wildlife Center back to the Lake Shenandoah area so the bird could be released back into its native habitat before the new year. 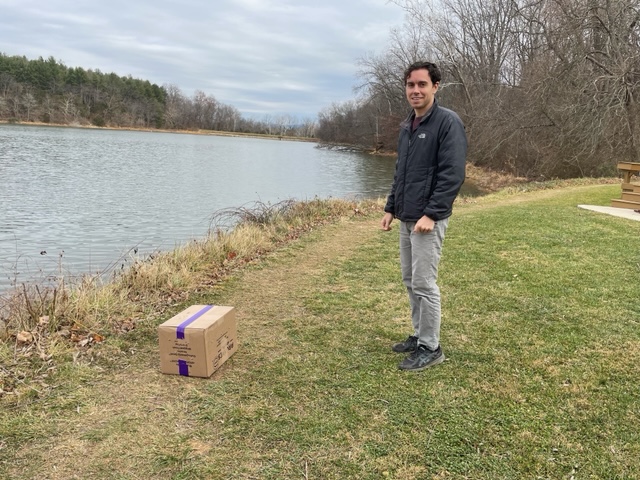 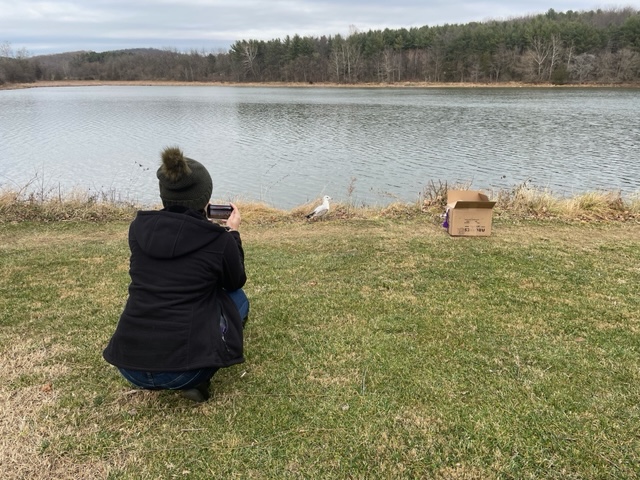 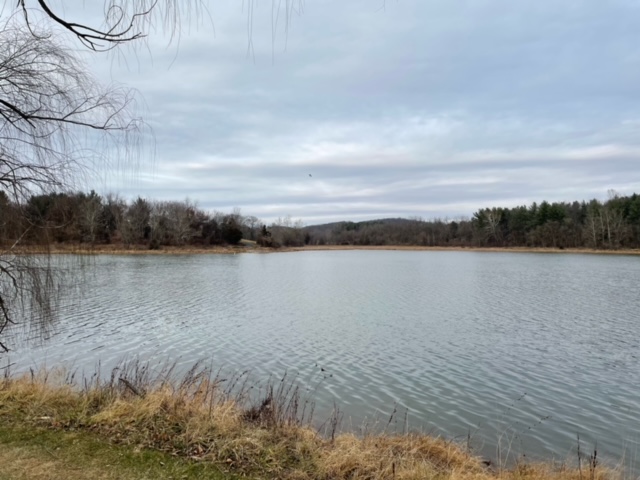