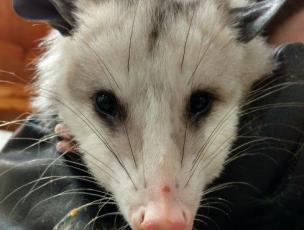 Posie was found as a baby opossum in the spring of 2017. She had multiple head wounds and was treated by a veterinarian; after months of treatment, the vet found that Posie had permanent neurologic issues, including a head tilt and problems with her balance. Posie came to the Wildlife Center to join the team of education ambassadors who travel around the state teaching others about wildlife and the environment. She became an official member of the team in the fall of 2017.

The Wildlife Center is sad to announce the loss of Posie the Virginia Opossum on February 18, 2020. Rescued as a young opossum during the spring of 2017, she was about three years in age at the time of her death -- nearly twice the average lifespan for her species in the wild. Posie was the eldest member of the Center’s opossum ambassador team. 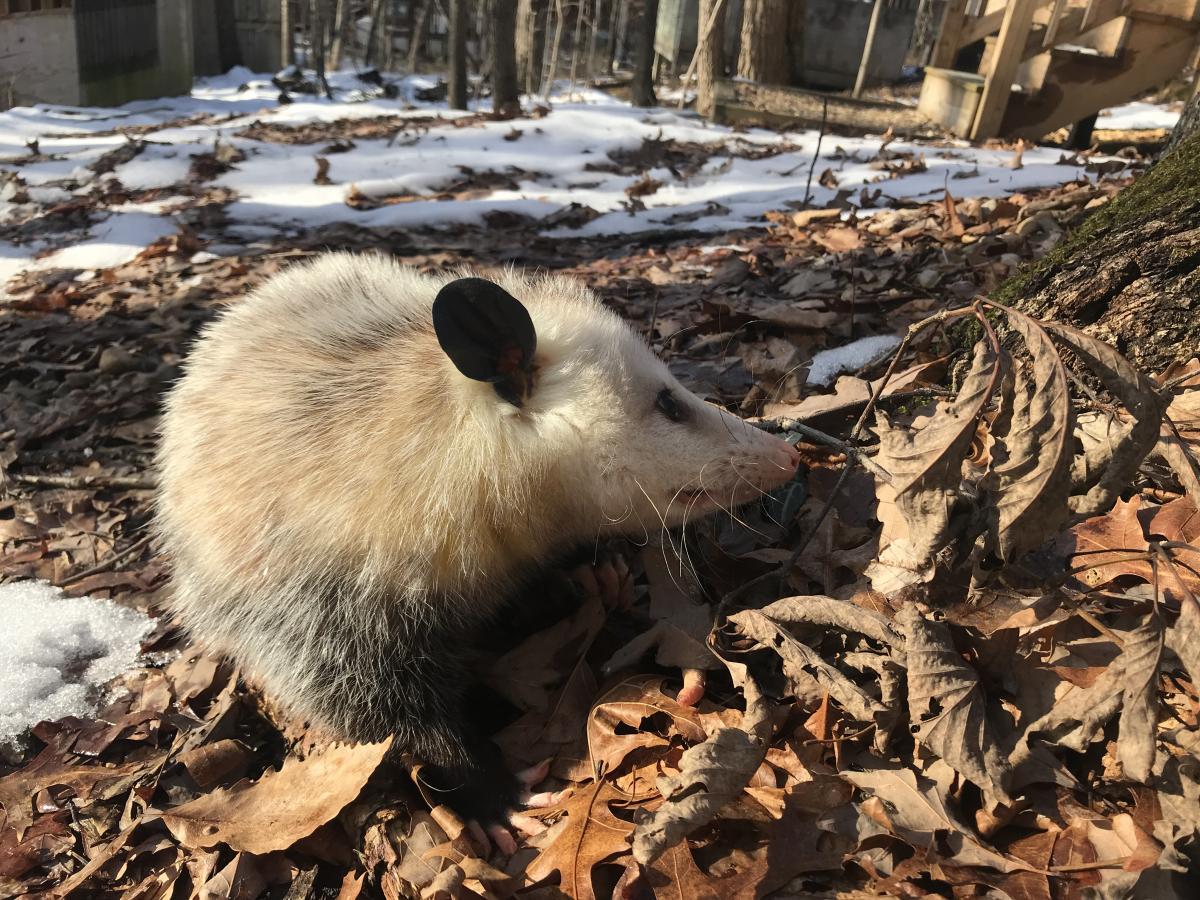 Posie came to the Center after being treated for injuries to her head at another veterinary facility. Even after months of treatment, the severity of those wounds left her with permanent balance issues and prevented her from being returned to the wild. Posie officially joined the education ambassador team in the fall of 2017. 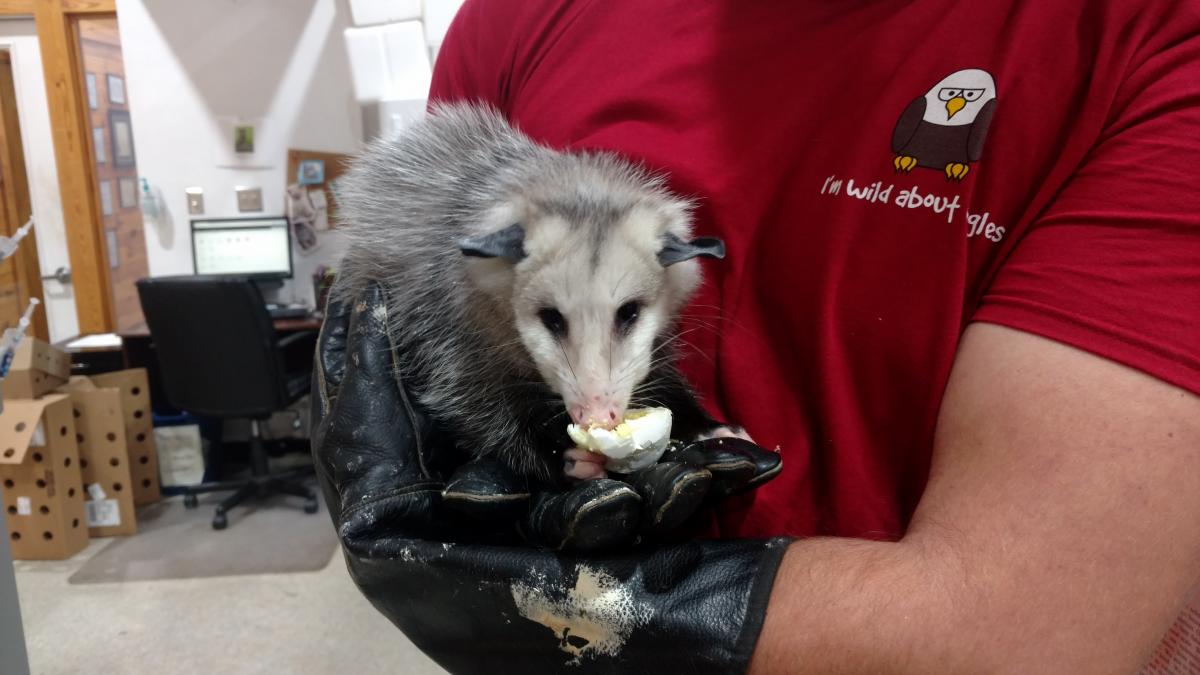 Like many education opossums at the Wildlife Center that reach such an advanced age, Posie began to develop some health issues last year, mostly related to her mobility. On February 17, the veterinary staff noted signs in her physical appearance and behavior that were most likely the result of a stroke or other brain-related issue. With Posie’s failing health unlikely to improve, the team made the difficult decision to humanely euthanize her the following day. The staff and students said their final goodbyes before Posie peacefully passed away on February 18. 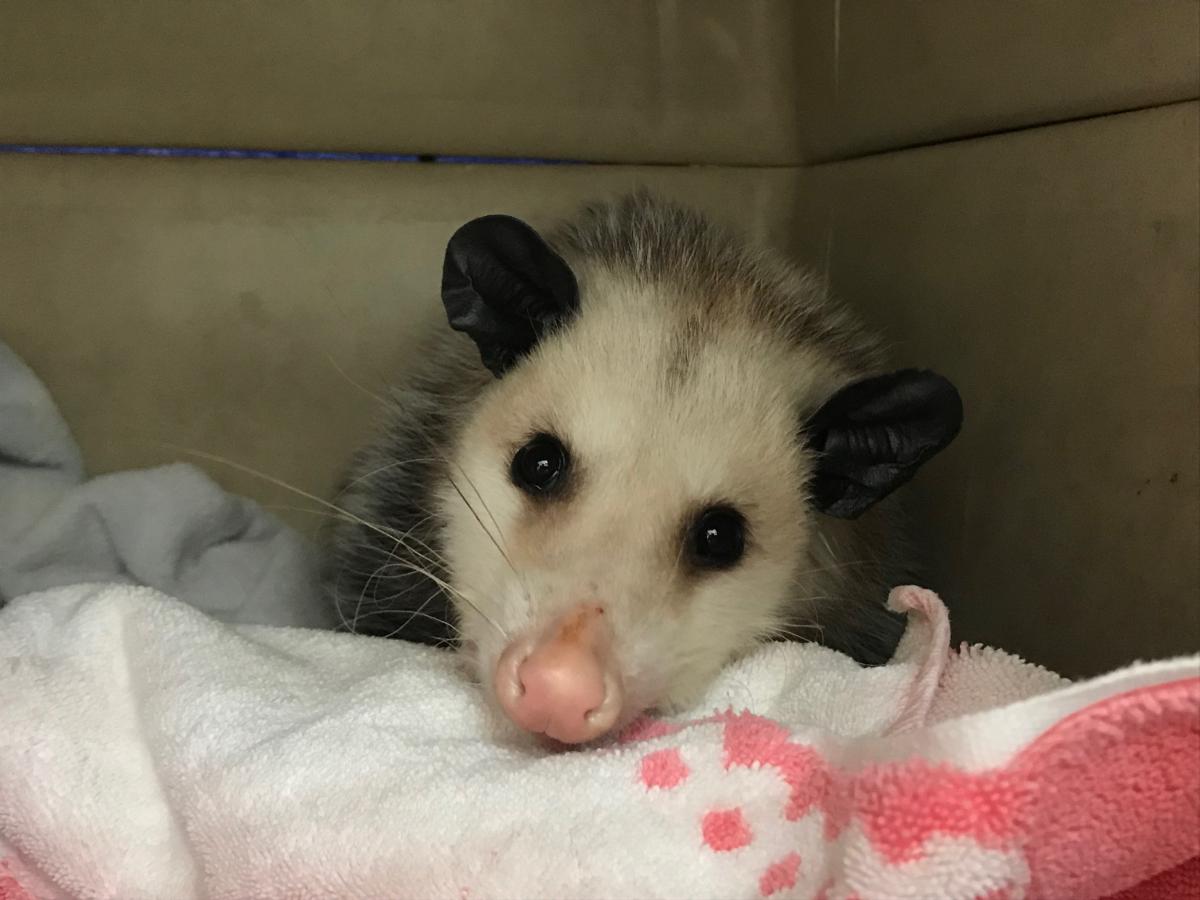 During her education career at the Wildlife Center, Posie was featured in 25 programs that reached more than 3,000 children and adults. Her final official appearance was in early February of 2020, when she was featured during an on-site program at the Wildlife Center with Outreach Educator Lauren. The program’s title and theme, “Love for the Unloved”, was a perfect note for her song to end on -- Posie helped people all across the world understand that looks can be deceiving; despite their small stature, opossums are a big deal. Anyone who met Posie, though, never needed much convincing.  Posie is also distinguished as being the very first and only Virginia Opossum to be featured during the Wildlife Center’s State Fair of Virginia presentations.

Thanks to some warmer than average temperatures during the past week, her final days were spent outside enjoying the sounds and smells of spring-like weather. Posie helped to make life better for her wild relatives by being a fantastic ambassador for her species, and she will be greatly missed by all who knew her. 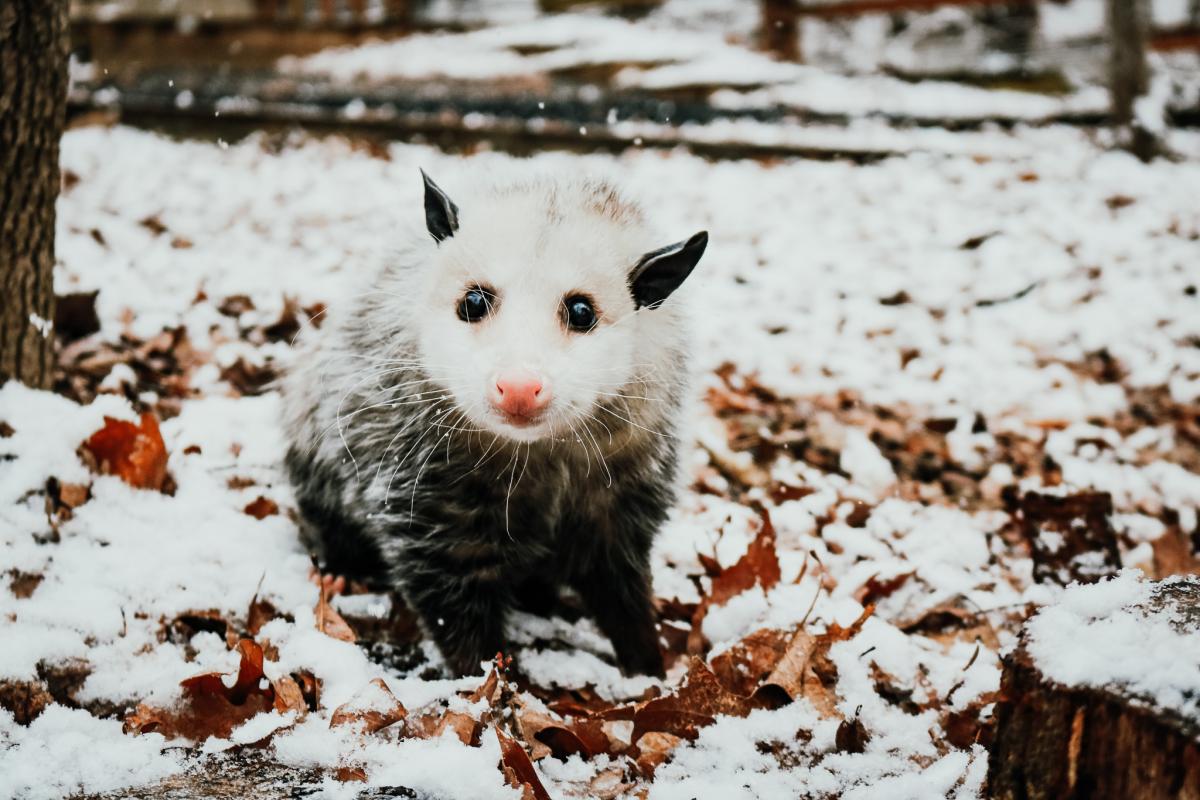