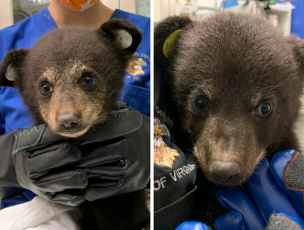 On April 21, two Black Bear cubs were admitted to the Wildlife Center from Prince Edward County. The two cubs were seen in a cow pasture on the morning of April 20; there was no sign of a sow for about 16 hours. When the DGIF biologists responded to the scene, one cub was in a tree, and the other was curled up in a ditch by the road. There were reports of an adult Black Bear sow in the area hit by a vehicle last week, though biologists were never able to locate the bear; they suspect that the incident causes these cubs to be orphaned.

Dr. Karra examined the cubs when they arrived and found that both were quiet, dehydrated, and in poor body condition. They were both also covered in many ticks. Radiographs showed no signs of internal injuries, and blood work confirmed that both were anemic, likely due to the heavy burden of ticks. Dr. Karra gave the cubs fluids and an anti-parasitic before ear-tagging both and placing them in a Zinger crate for the night.

The newest cubs that will join the bear family of 2020: 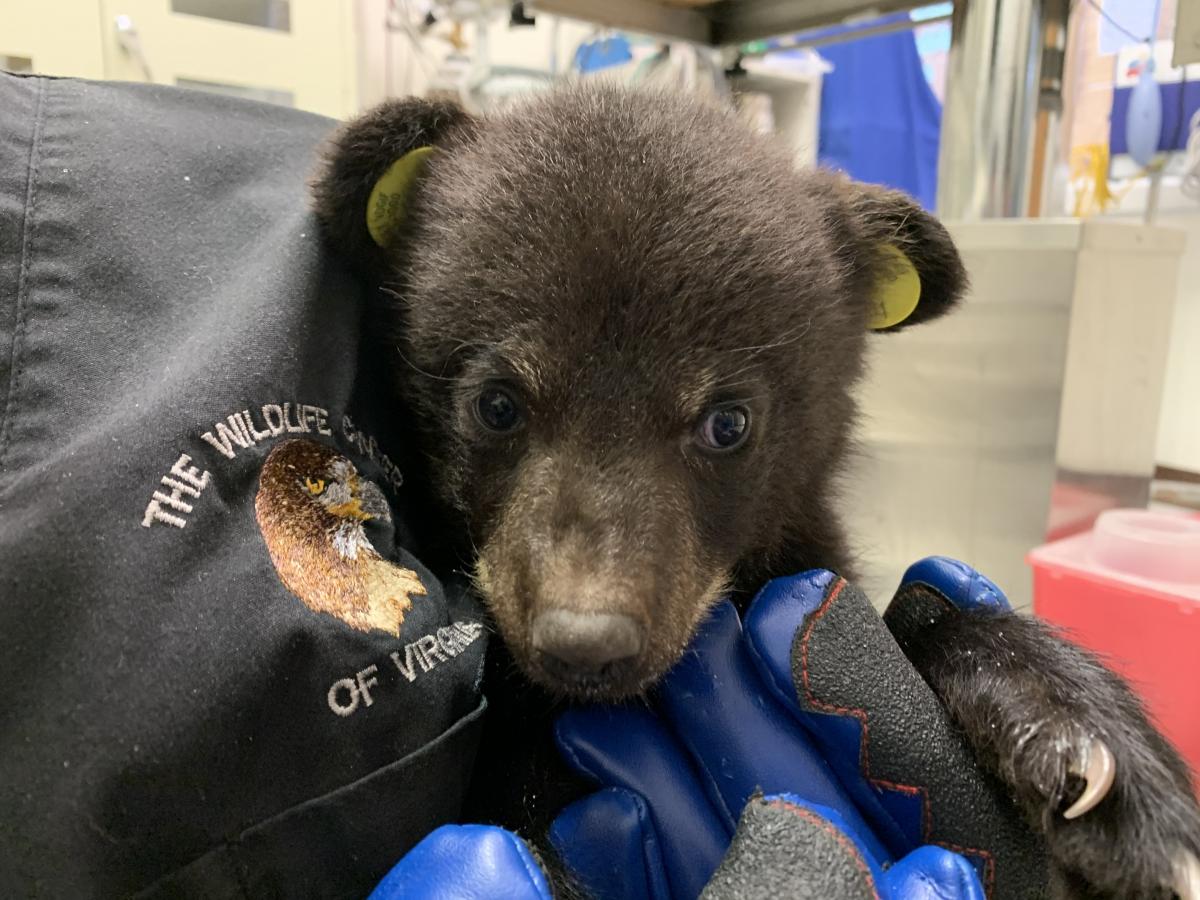 The cubs will be introduced to the eight others in the Large Mammal Isolation enclosure once the diagnostics team has the cubs' fecal results, and once the tick infestation is under control.

Your donation will help provide specialized care to these Black Bear cubs, as well as the other 3,000 patients the Center will admit this year. Thank you!