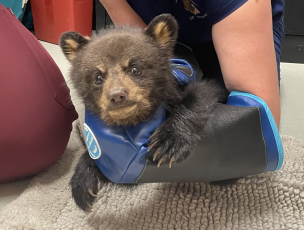 On April 11, a private citizen in Augusta County saw a young Black Bear cub in a tree near a residential area. Following a period of observation, no adult bears were seen in the area. The concerned citizen captured the cub on their own, fed the cub an unknown amount of cow’s milk, and began driving with the bear toward the Wildlife Center for assistance. While en route, the rescuer contacted the Virginia Department of Wildlife Resources for further guidance. Based on the setting and circumstance of rescue, DWR biologists assessed that the cub was a suitable candidate for treatment at the Wildlife Center, and it was admitted that same afternoon.

Dr. Jennifer, one of the Center’s veterinary interns, examined the male cub upon arrival. Radiographs were within normal limits, skin scrape samples produced negative results for mites, and a blood sample was drawn for later testing. Weighing in at 2 kg, the young bear appeared to be overall clinically healthy aside from a slightly thin body condition, mild dehydration, and diarrhea. Considering that he may have been orphaned for some time and was fed cow’s milk before being admitted to the Center, Dr. Jennifer suspects the cub’s abnormal bowel movements may be the result of an illness or infection, intestinal imbalance, or an inappropriate diet. The veterinary staff treated the cub with supportive fluid therapy and placed him in a warm, quiet indoor holding area. 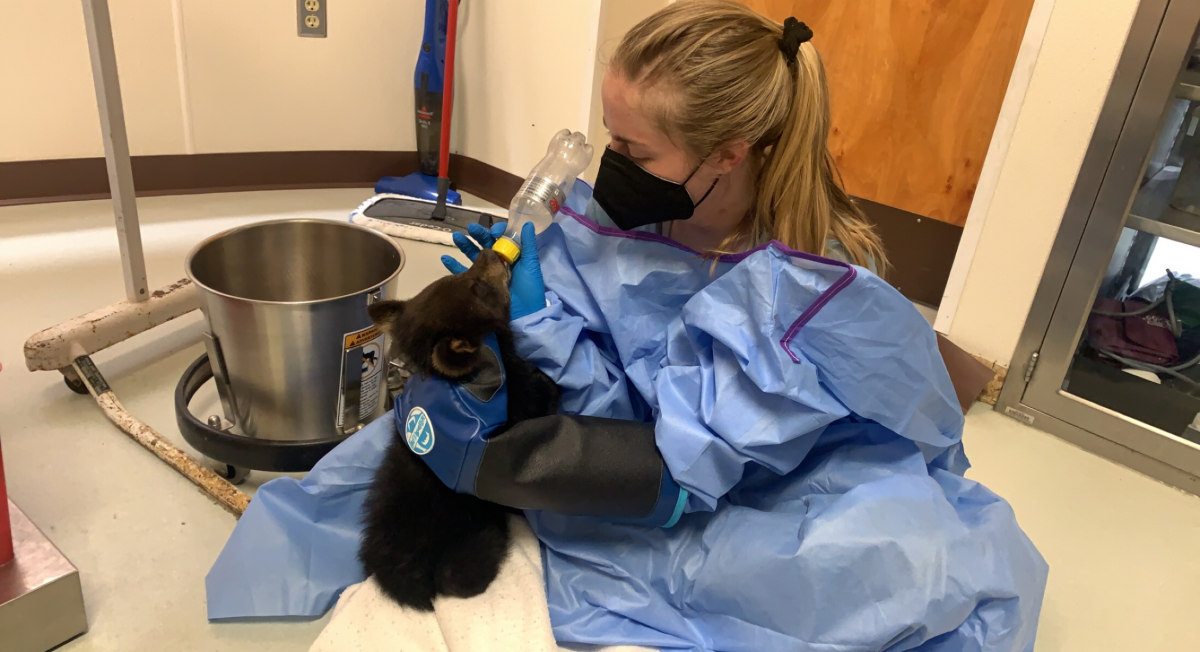 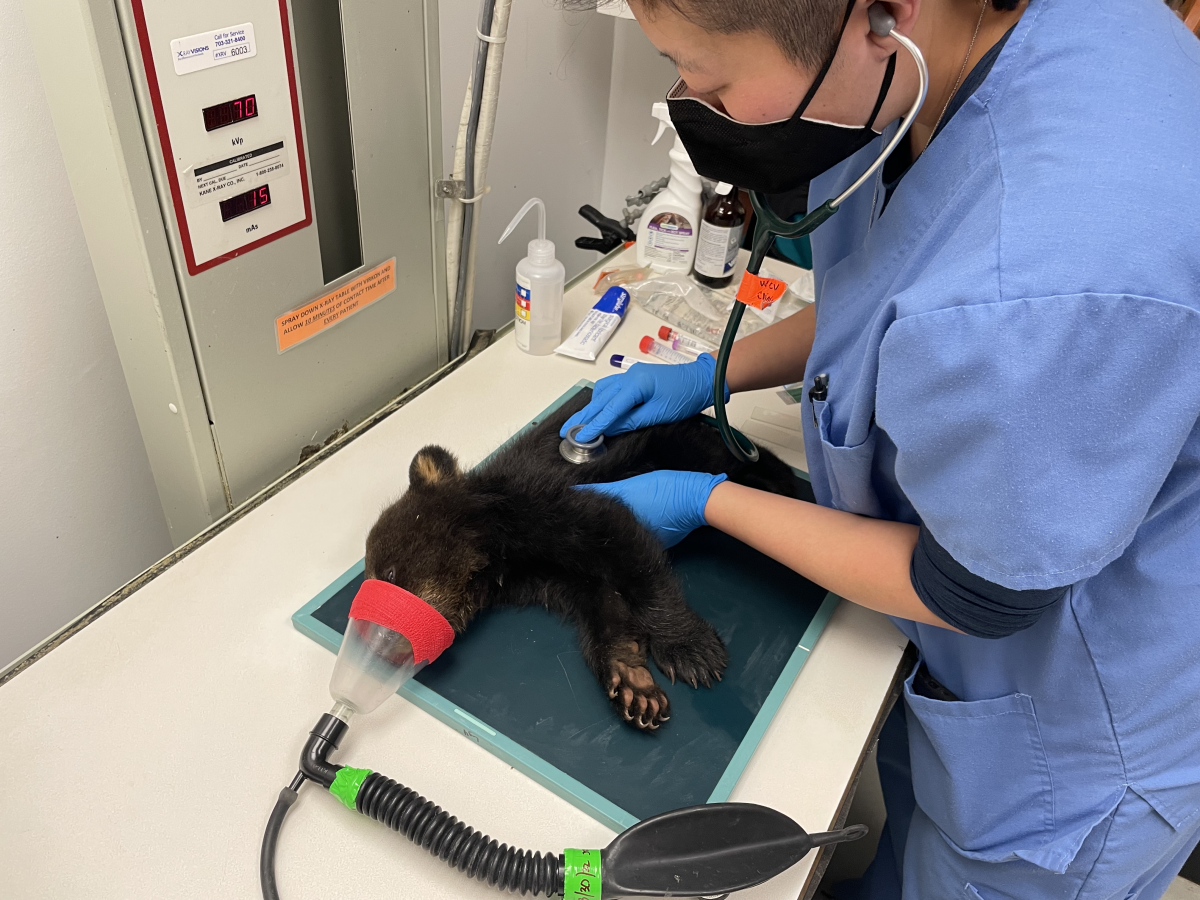 For now, the veterinary staff will be closely monitoring and treating his symptoms and providing supportive care. Currently, this cub is too young in age for a diet consisting of solid foods. Instead, the Center's wildlife rehabilitation staff will bottle feed him three times per day using specialized Black Bear formula and offer a small "mush" bowl -- a combination of watered-down formula and soft foods -- with each bottle. 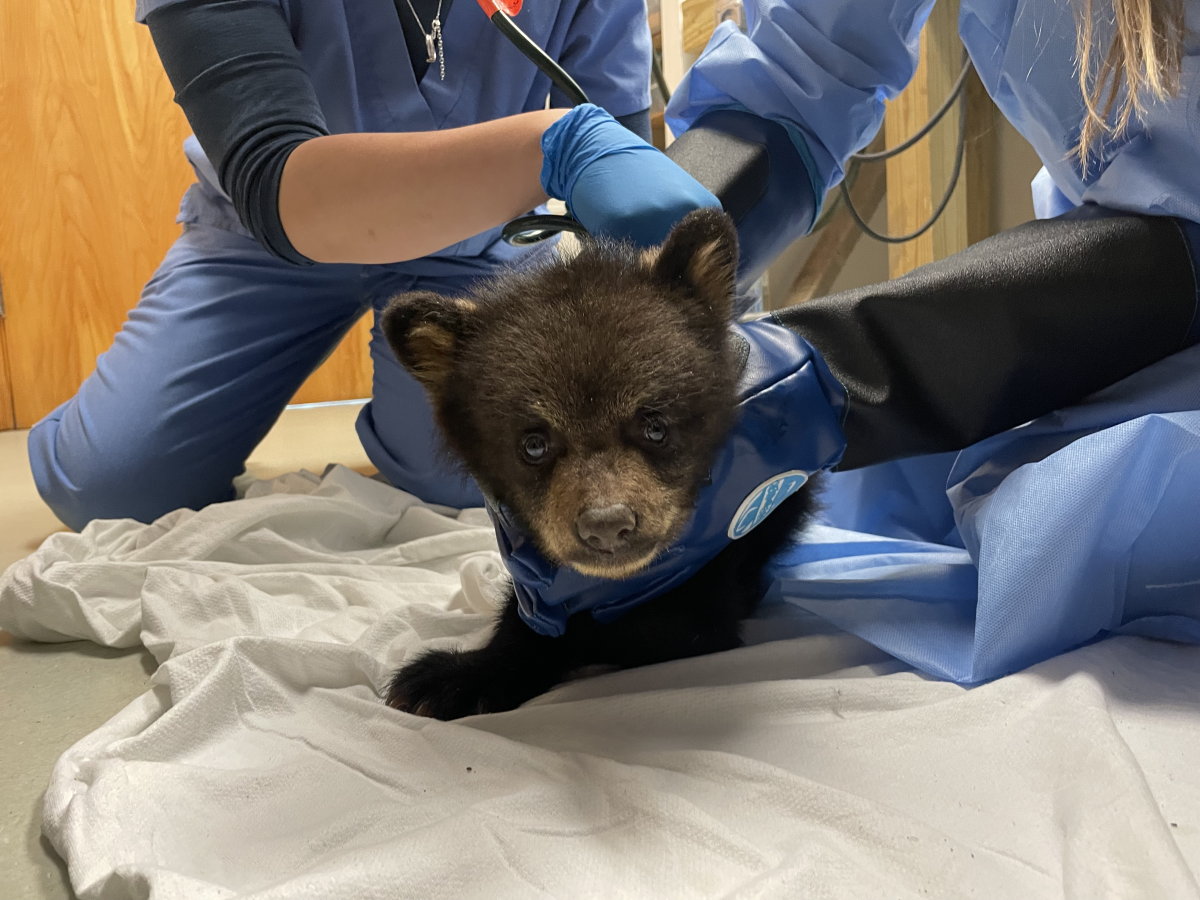 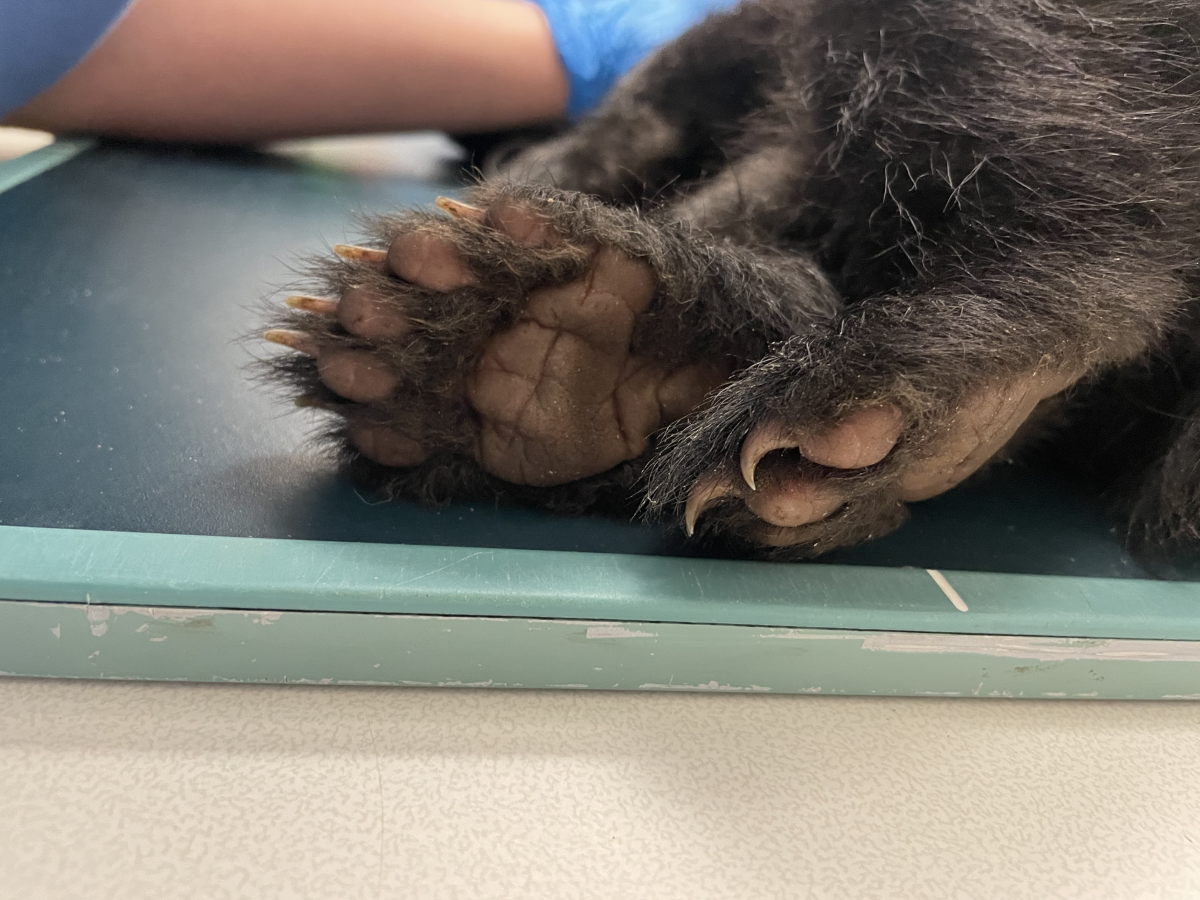 Unless specifically advised to do so by the Wildlife Center or a permitted wildlife rehabilitator, untrained individuals should not attempt to offer food or water to a patient. While the cub’s initial rescuer likely had the best of intentions, such treatment is likely to cause more harm than good. Many wild animals have very sensitive stomachs and require very special diets; baby animals can also easily aspirate, which can lead to pneumonia or death. Furthermore, the unauthorized feeding of bears – intentionally or inadvertently – is illegal in Virginia.

Extreme caution should be used in any circumstance where wild black bears are present or suspected to be present. Even when visibly injured or in distress, black bears should only be captured and restrained by trained wildlife professionals. If you see a bear in need of help, call the Center at (540) 942-9453, or the Department of Wildlife Resource’s toll-free wildlife conflict helpline at 1 (855) 571-9003.

Your donation will help provide care for this Black Bear cub until spring of 2023! Thank you for your support.

During the past eight days, Black Bear cub #22-0462 has continued to receive care at the Wildlife Center of Virginia and is doing well. In between scheduled feedings, the cub has been spending time in a large zinger crate in a small quiet space.

During the week of April 25, Wildlife Center staff were in close contact with Virginia Department of Wildlife Resources biologists to discuss possible placement options for the cub at an out-of-state permitted facility currently caring for bear cubs; young mammals of the same species and life-stage benefit immensely from being raised together in a rehabilitative setting. During the same day that the cub was scheduled to depart, the Center admitted the second Black Bear cub of 2022, patient #22-0685, eliminating the need to transfer Black Bear cub #22-0462.

On April 27, both cubs were placed in separate zinger crates in close proximity to one another. The cubs will be introduced when cub #22-0685 is more stable and is ready to meet his new larger sibling.

It’s been two weeks since Black Bear cub #22-0462’s admission; during that time, Wildlife Center staff have been in close contact with biologists at the Virginia Department of Wildlife Resources to discuss options for finding another bear friend for this young cub. Raising young mammals together at a vulnerable stage in their development is an important part of rehabilitation; whether natural siblings or introduced ones, infant and young juvenile mammals received comfort and learn preliminary social skills when raised together. While this is rarely an issue for cubs at the Center due to the number of annual admissions, the staff and DWR biologists would like to find a friend for this young cub sooner rather than later.

DWR has reached out to several other East Coast states to see if other rehabilitation facilities have a single cub that could be paired with the Center’s cub; this could mean another state sending a bear cub to the Wildlife Center, or the Center sending cub #22-0462 to another facility with cubs. If at any point another single cub is admitted to the Center, arrangements would be made to retrieve #22-0462.  At this point, based on availability and state agency preferences, the tentative plan is to send bear cub #22-0462 to another state this week.

Black Bear cub #22-0462 has been settling in well during the past week. Wildlife rehabilitation supervisor Kelsey reports that the cub wants nothing to do with his bottle of formula, but is readily eating his thickened formula from a mush bowl three times a day. As of April 21, the cub weighs 3.08 kg. 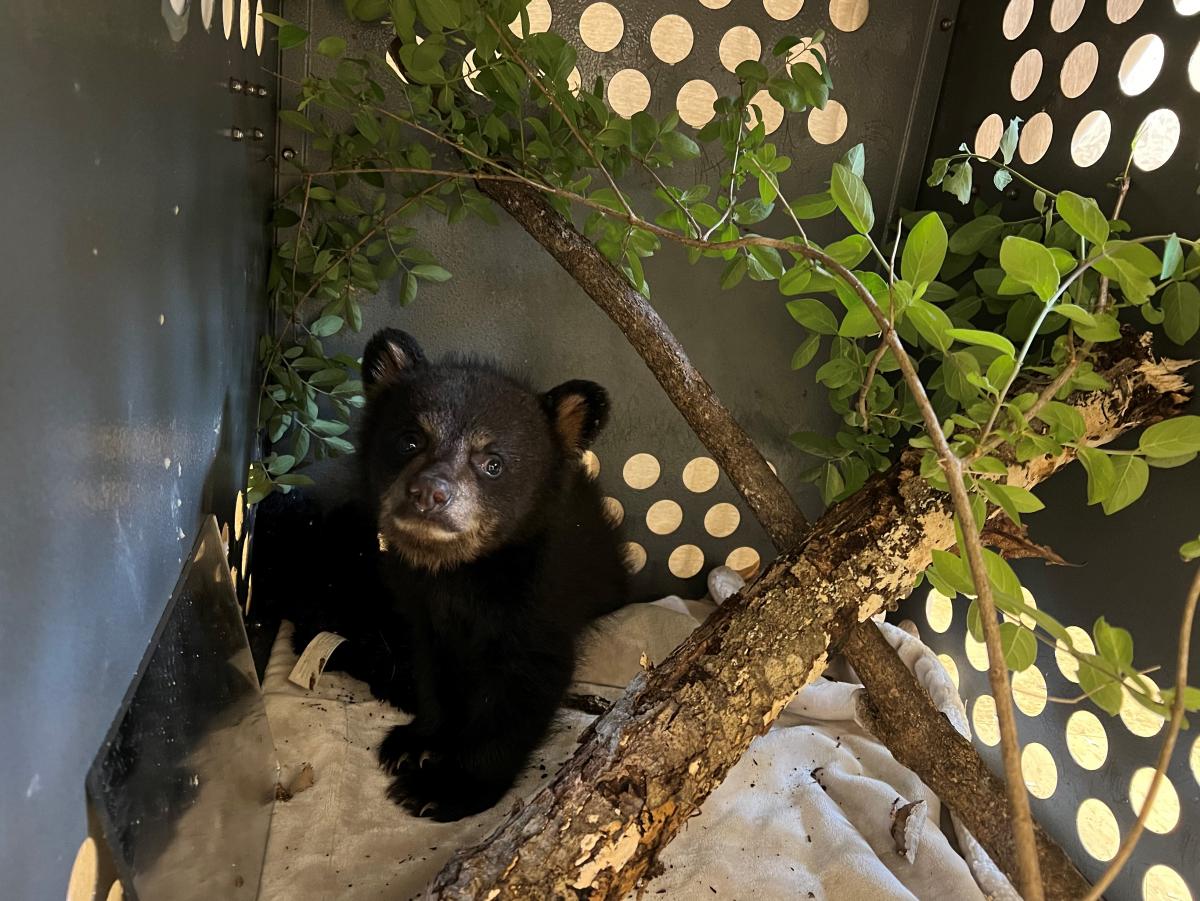 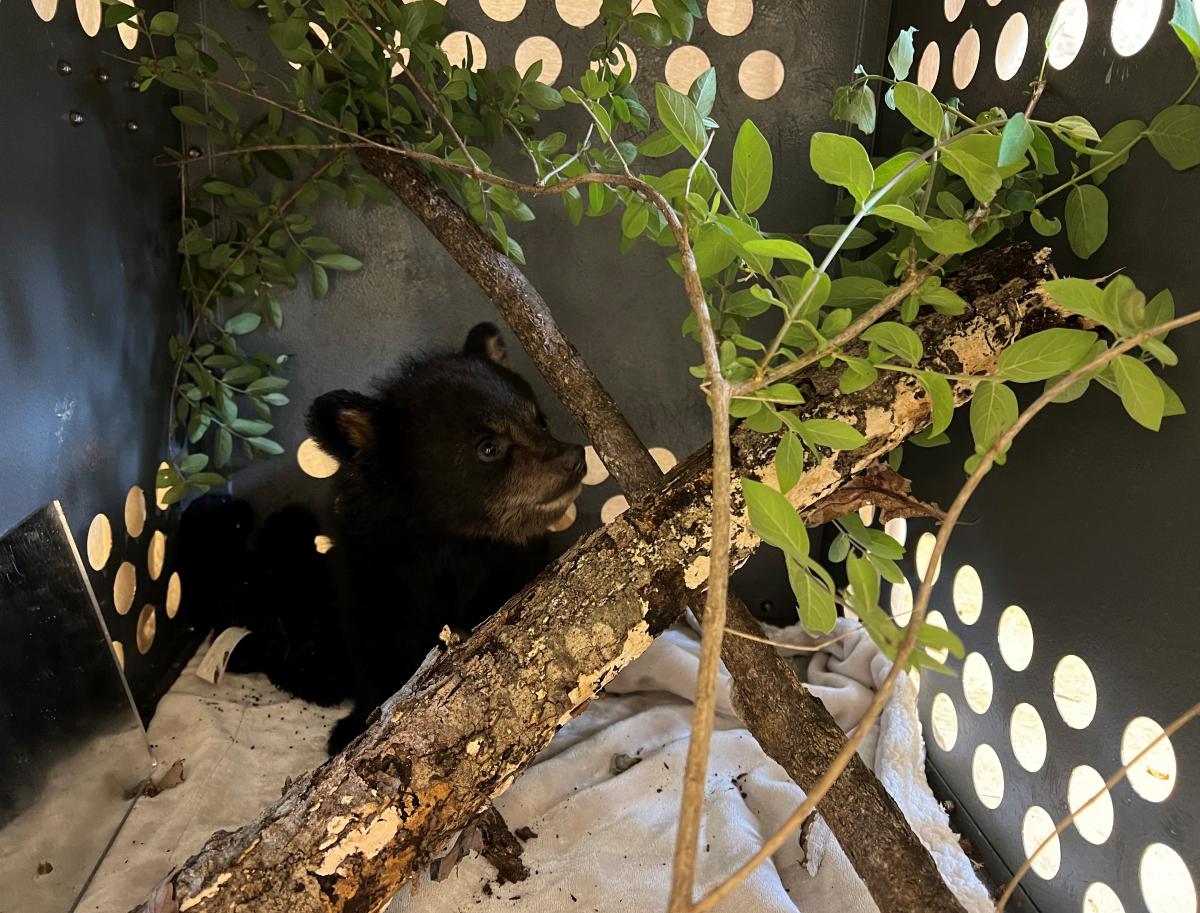 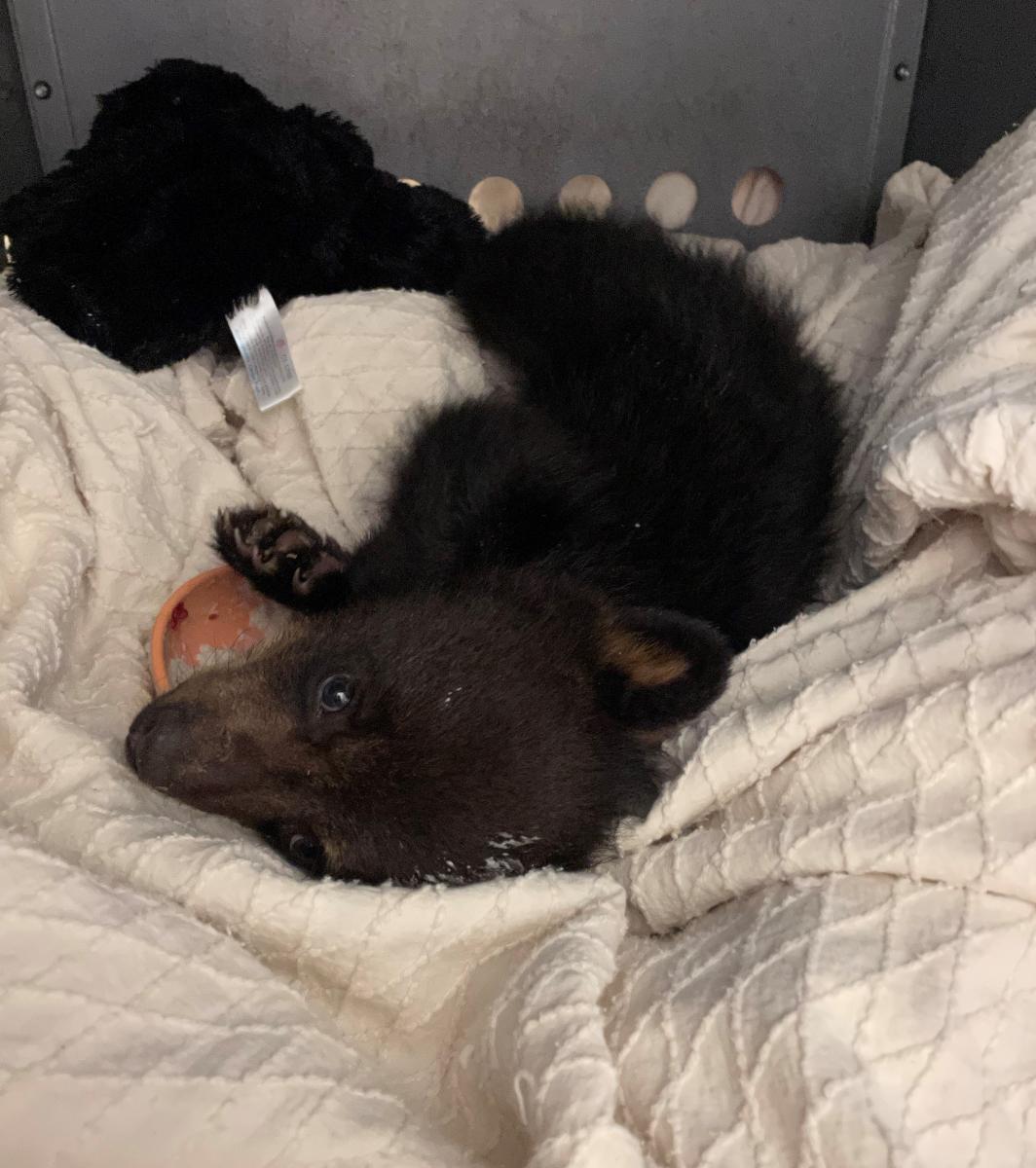 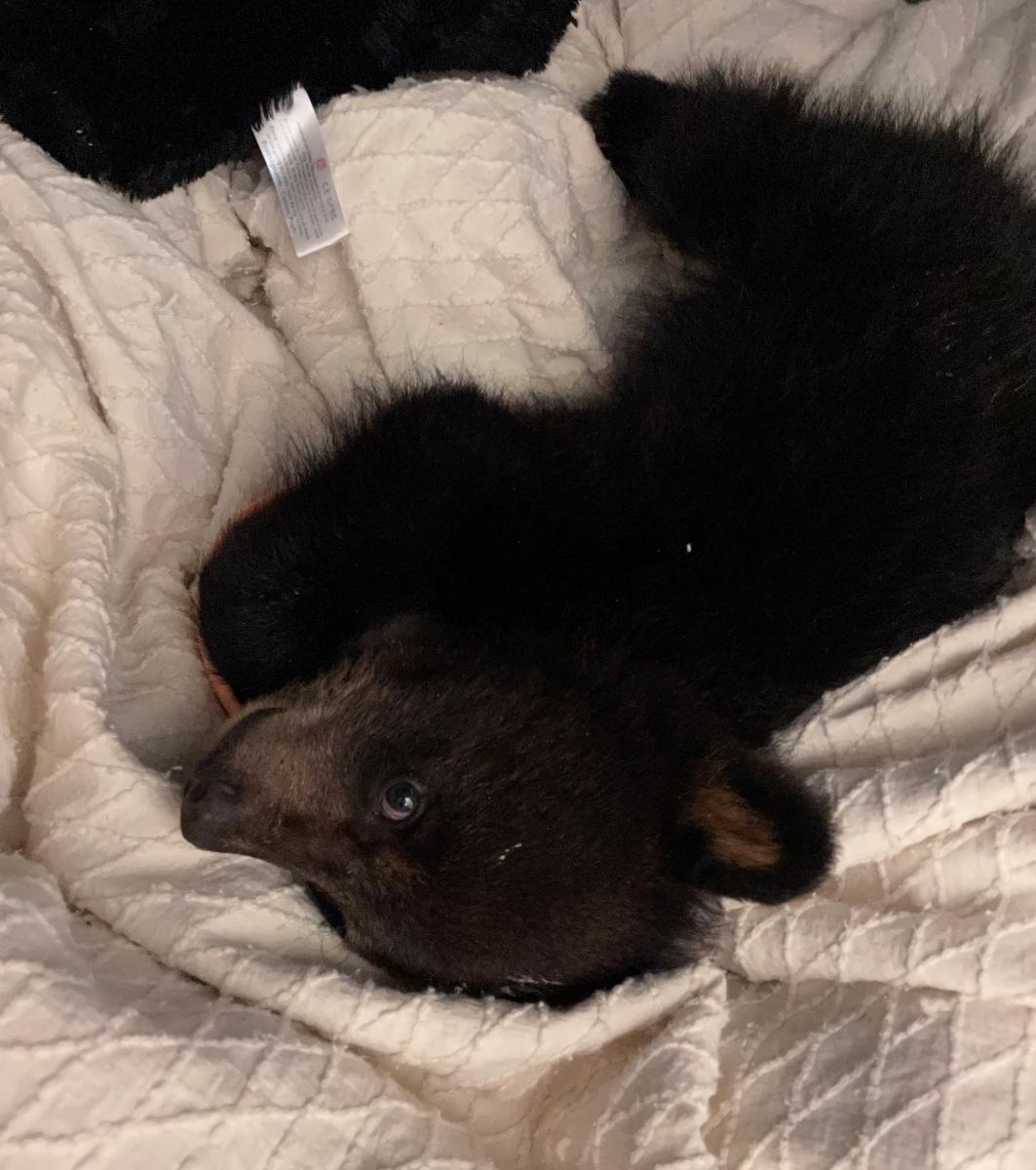 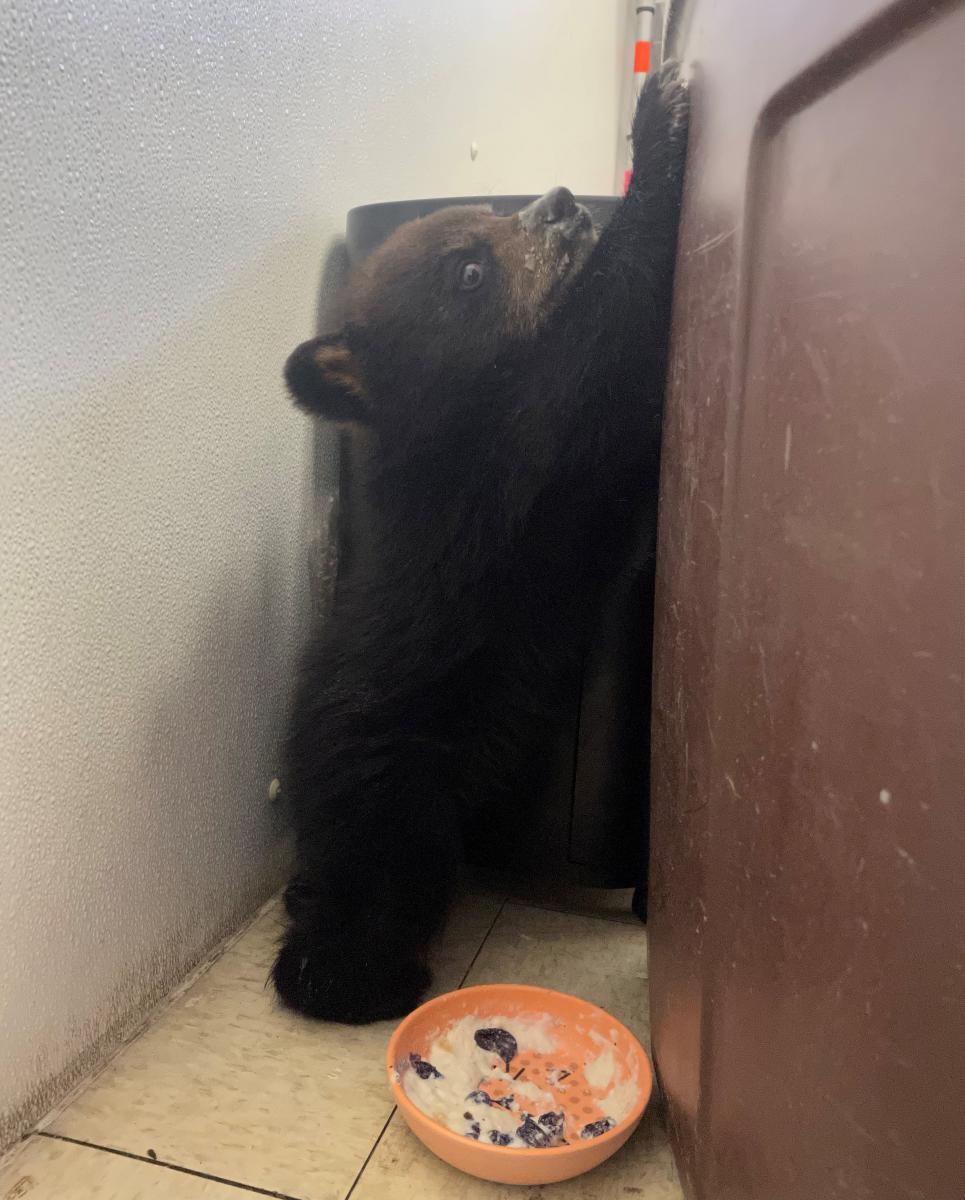