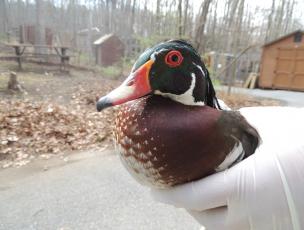 On March 25, an adult male Wood Duck was rescued from the Harrisonburg area after a private citizen saw the bird floating in a pond beside their driveway. The Wood Duck was transported and admitted to the Wildlife Center as patient #17-0292. 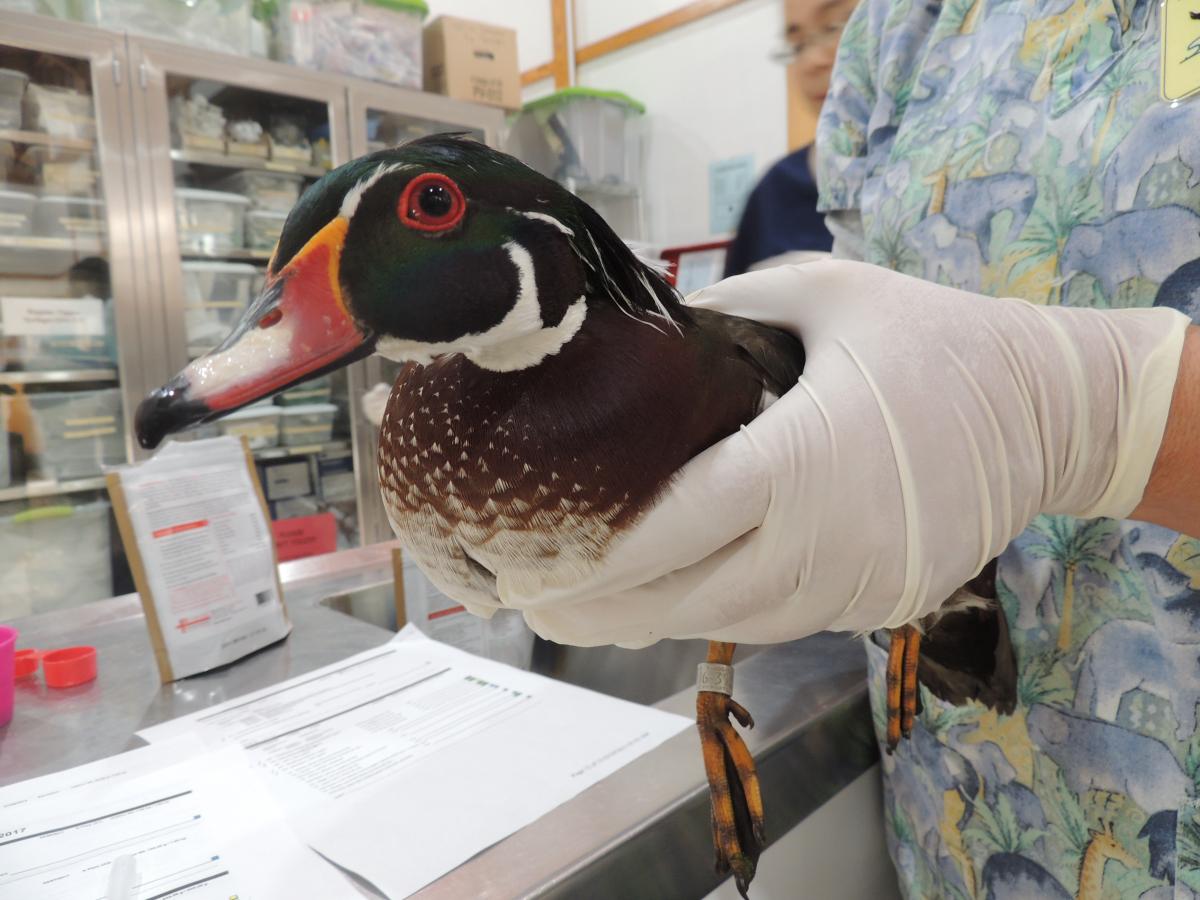 In this photo, the duck’s breeding plumage can be seen. During the spring, male Wood Ducks show off their beautiful, bright feathers in an effort to attract a mate.

Upon physical examination, the duck was bright, alert, and resistant to handling. The veterinary team identified two wounds on the duck - an old, healing wound on his chest, and a fairly new puncture wound on the right side of his head. No neurological signs were observed, despite the injury to his head.

Radiographs showed no abnormalities of the musculoskeletal system, so it is unclear why the duck did not try to fly away when captured. Based on the abnormal behavior, the duck was tested for lead toxicity, but the results were negative. The vague history and rather unremarkable findings on physical exam and radiographs make it difficult to pinpoint the issue with this patient.

The duck was given fluids to increase hydration and pain medication; a topical antibiotic cream was applied to the head wound. The duck was placed in the outdoor Aviary, where he has access to a small pool for swimming. A duck’s feathers need to be wet consistently to ensure that the feather coating remains intact and waterproof.

During the first ten days at the Center, Wood Duck #17-0292 appeared healthy and continued to exhibit normal behavior, so the veterinary staff cleared the bird for release. Pre-release blood work was performed on April 4; if the results of the blood work are normal, the duck will be released by April 8.

Your special donation helps the Center to provide care to patients like this Wood Duck. Please help!

On April 6, Wood Duck #17-0292 was released by the initial rescuers back on to the property where he was found.