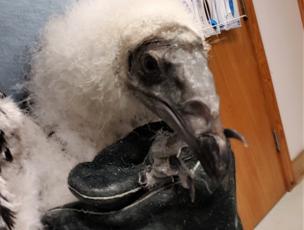 On July 20, citizens found a young Turkey Vulture by the side of the road in Franklin County, Virginia. There were no adult vultures present, and due to the odd location, they decided to take the bird to the Southwest Virginia Wildlife Center of Roanoke. The following day, the vulture was transferred to the Wildlife Center for further treatment.

The veterinarians examined the young bird and found that the vulture was bright and alert, though thin. Blood work revealed a clinical lead level of 0.25 ppm – while the vulture wasn’t showing symptoms of lead toxicity, the level was high enough to warrant treatment, particularly since the chick is young and growing. The vulture received fluids as well as its first injectable chelation therapy treatment, to essentially scrub the lead from the bird’s blood. The vulture also started a course of oral chelation therapy medication. 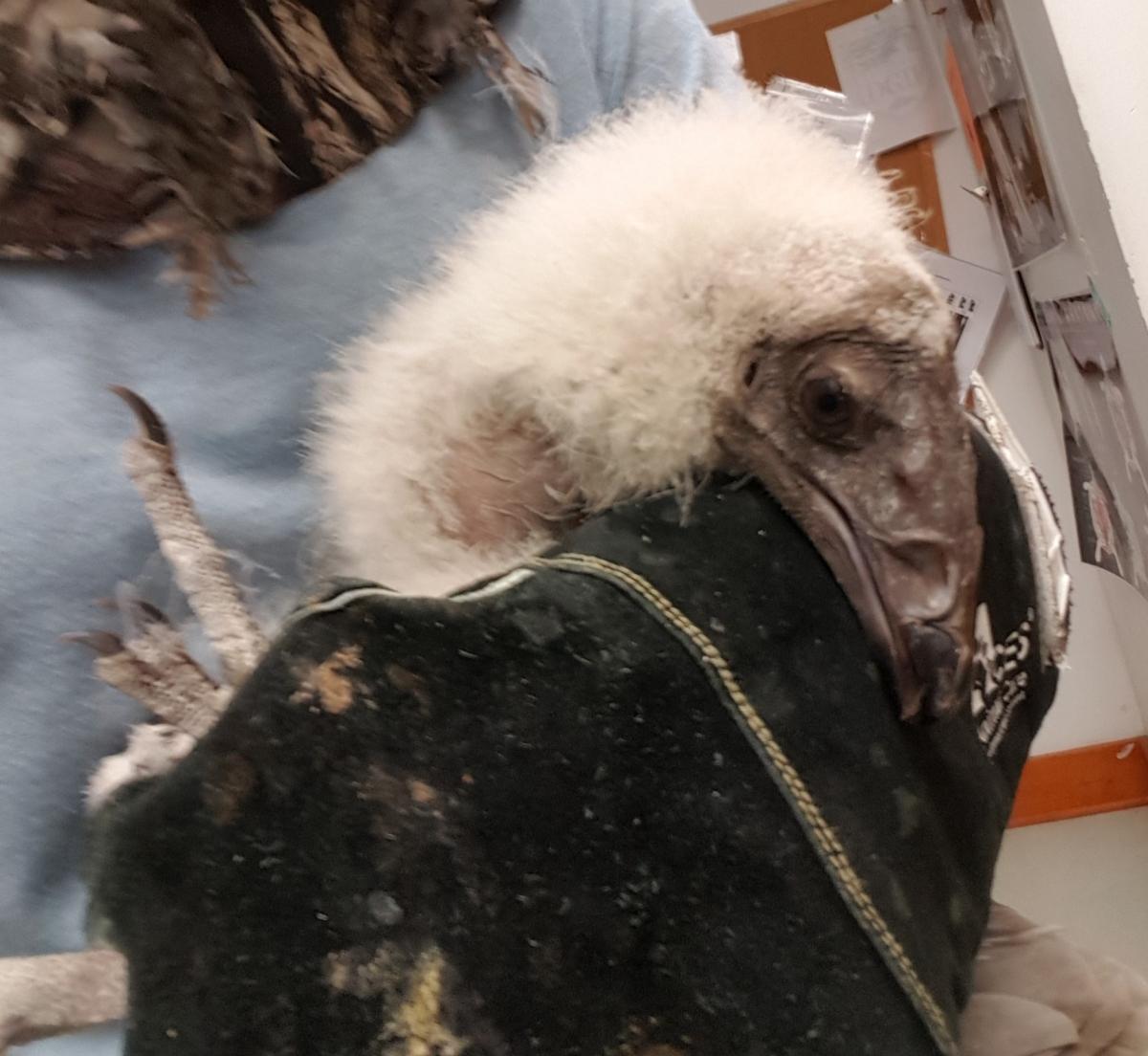 The vulture is being fed two to three times a day; Kelsey notes that the bird has a good appetite and is readily eating on its own. To learn more about vultures, check out Episode 10 of Untamed!

Your donation will help provide essential treatment to this lead-poisoned young vulture. Thank you!

By August 1, Turkey Vulture #19-2282 had gained nearly 500 grams, and weighed in at 1.47 kg. On August 2, the veterinary team anesthetized the young bird for follow-up radiographs and blood work. No more metal objects were seen in the bird’s GI tract, indicating that the vulture had fully passed all of the suspected pieces of lead. A repeat lead test showed a level of 0.084 ppm – a low level no longer requiring treatment.

Turkey Vulture #19-2282 is doing well; the young bird is readily devouring its twice-daily meals of whole rats. Wildlife rehabilitators Kylee and Shannon both proudly took video of their young charge eating its first couple of meals!

The vulture received follow-up radiographs and lead testing on Saturday. Radiographs taken at admission revealed a variety of soft tissue and bone fragments in the bird's GI tract.  Upon closer examination, the team also found very tiny metal fragments; these were very difficult to discern and only seen on one particular radiograph view. The staff can only note that these are metallic in nature, though suspect that they are lead since the vulture tested positive for lead. 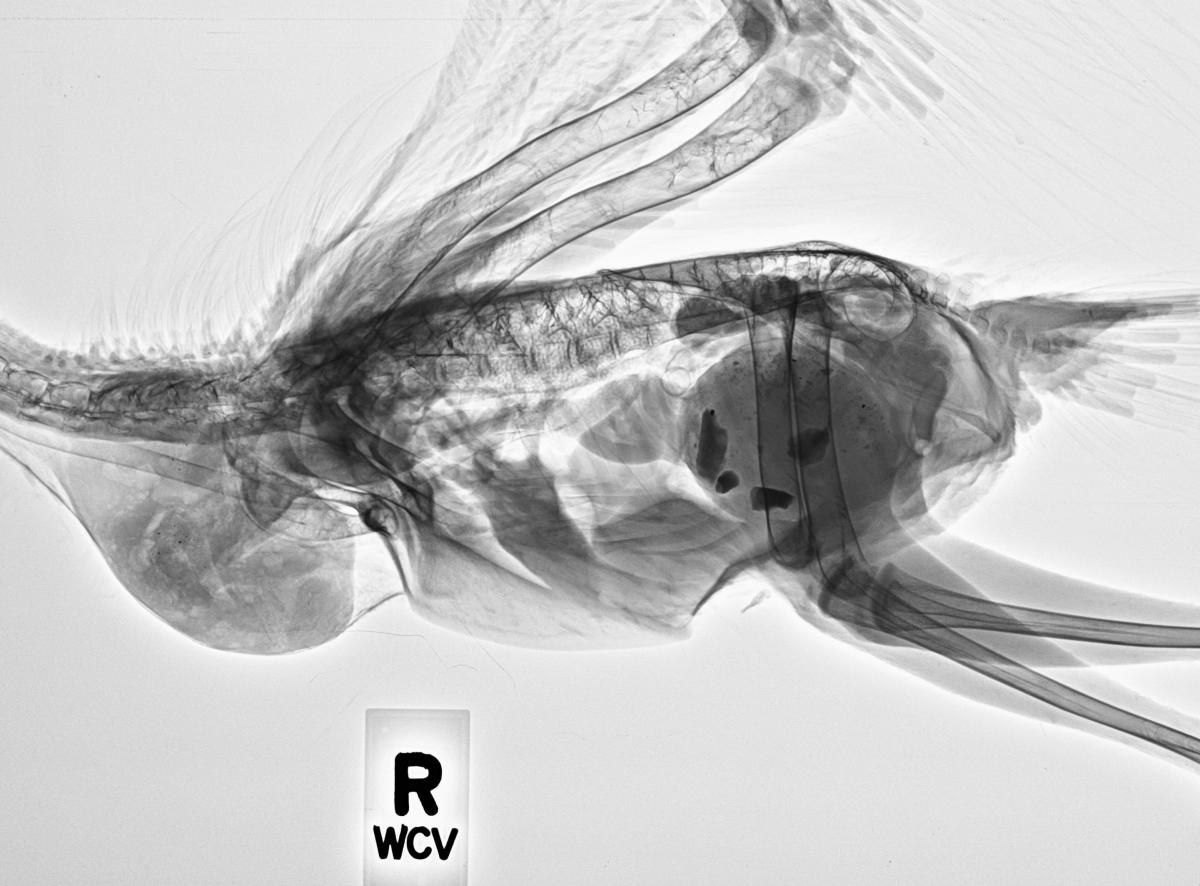 On repeat radiographs, the team saw fewer tiny metal fragments. The rehabilitation staff had also been saving the vulture’s casting material when the vulture regurgitated the indigestible bits of food each day. All combined, it looks as though a number of metal fragment have now left the bird’s system. The repeat lead test was “low”, though will be repeated again; birds store lead in the bones, which may again leach out into the vulture’s system.