On September 10, 2015, a mature female Bald Eagle was released at York River State Park in Williamsburg, Virginia. The eagle was rescued in Newport News in July 2015; the bird spent nearly two months recovering at the Wildlife Center. Read more about the eagle’s history and rehabilitation here. Prior to release, the eagle was fitted with a GPS transmitter.

September 23: After spending time near her initial rescue location, Bald Eagle YR73 explored Mulberry Island near the mouth of Warwick River before checking in outside of Newport News on September 23. During the past few days, the eagle has checked in near a wooded area at the end of a cul-de-sac, approximately one quarter-mile from Lucas Creek. 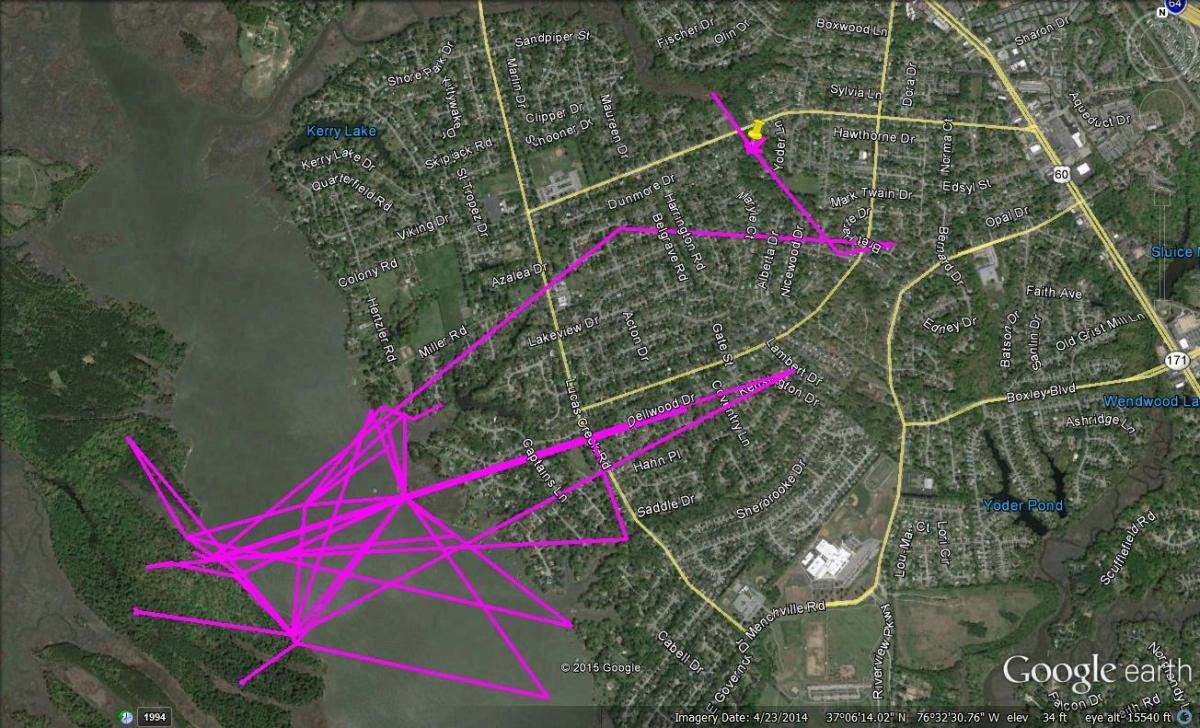 September 18: During the past several days, Bald Eagle YR73 flew southwest, checking in on September 18 less than two miles from where she was initially rescued. The eagle is now spending time along the James River, approximately five miles from Newport News. 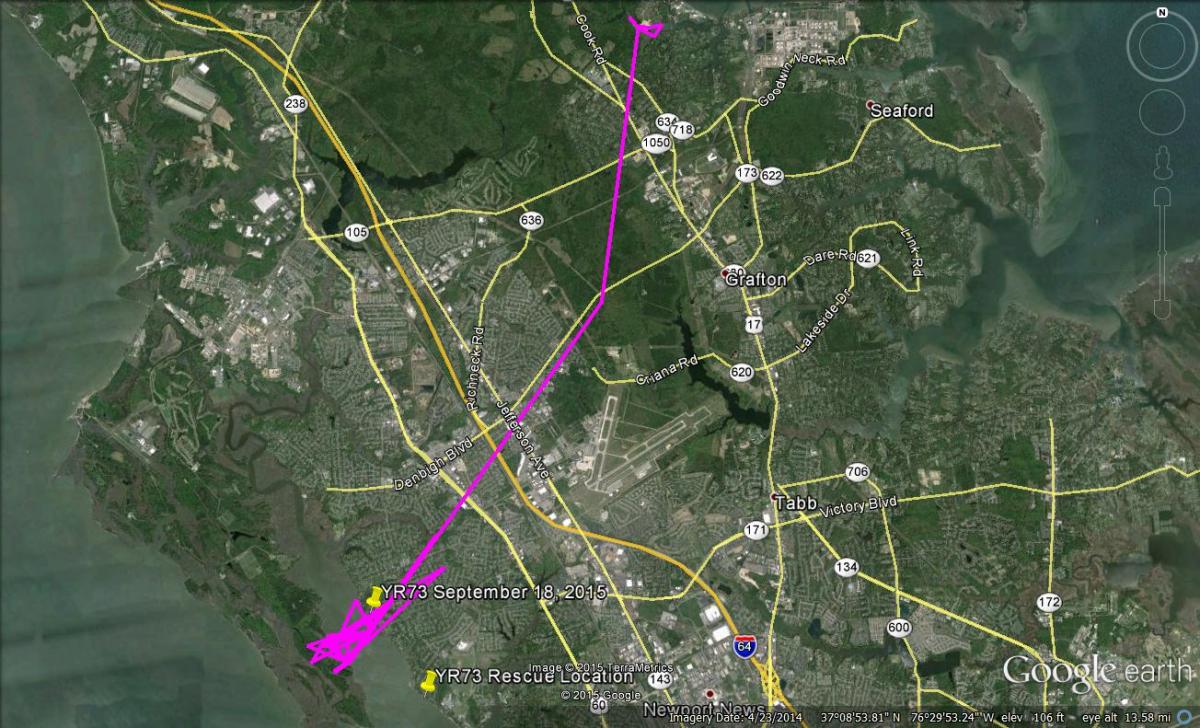 September 15: After spending several days near Beaverdam Lake, Bald Eagle YR73 traveled south of Williamsburg and checked in along Wormley Creek on September 15. 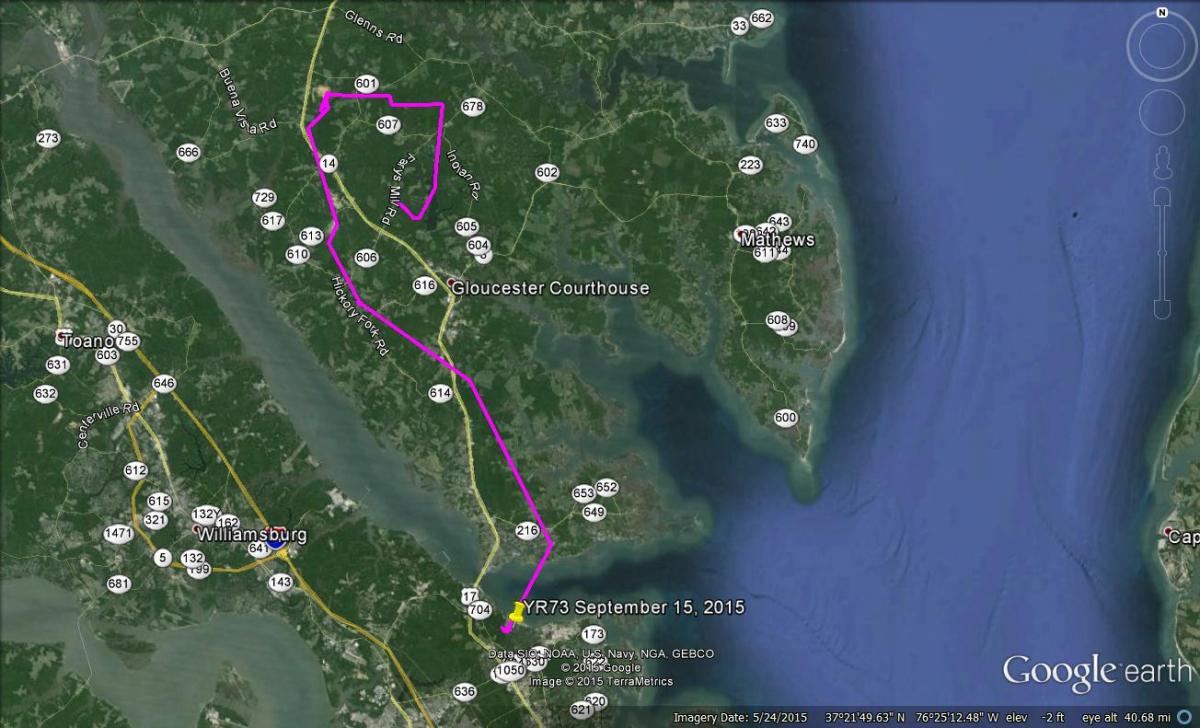 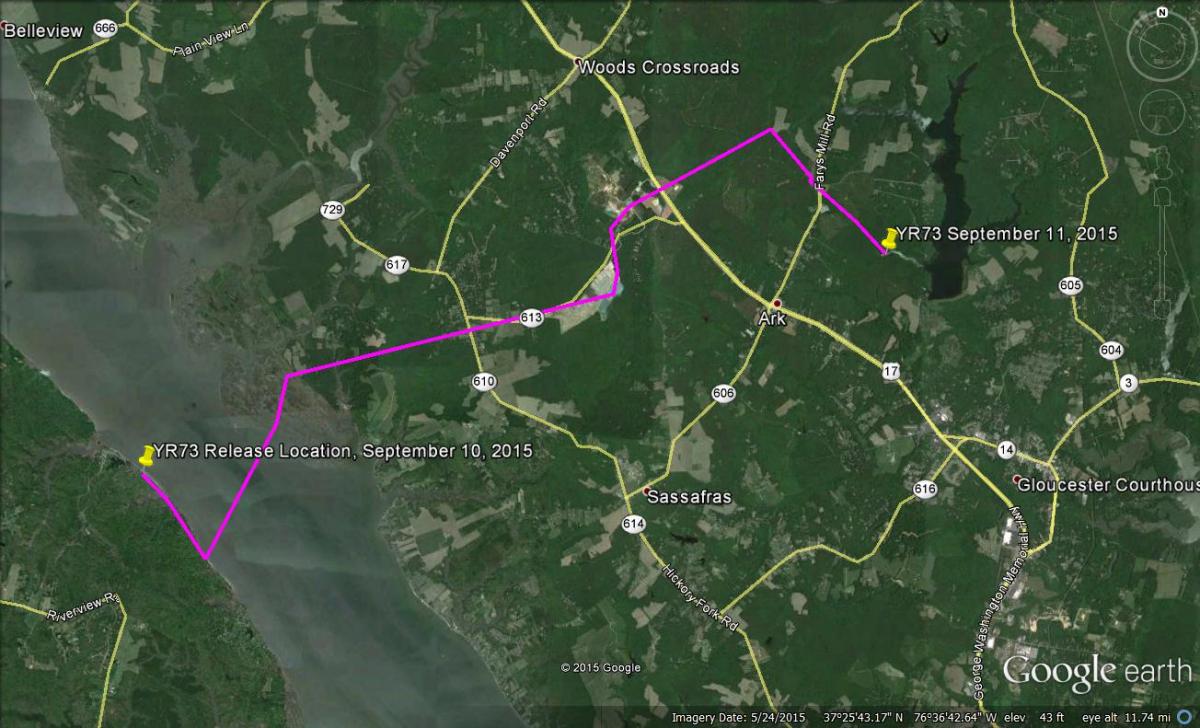 Where was she?  YR73 tracking archives.