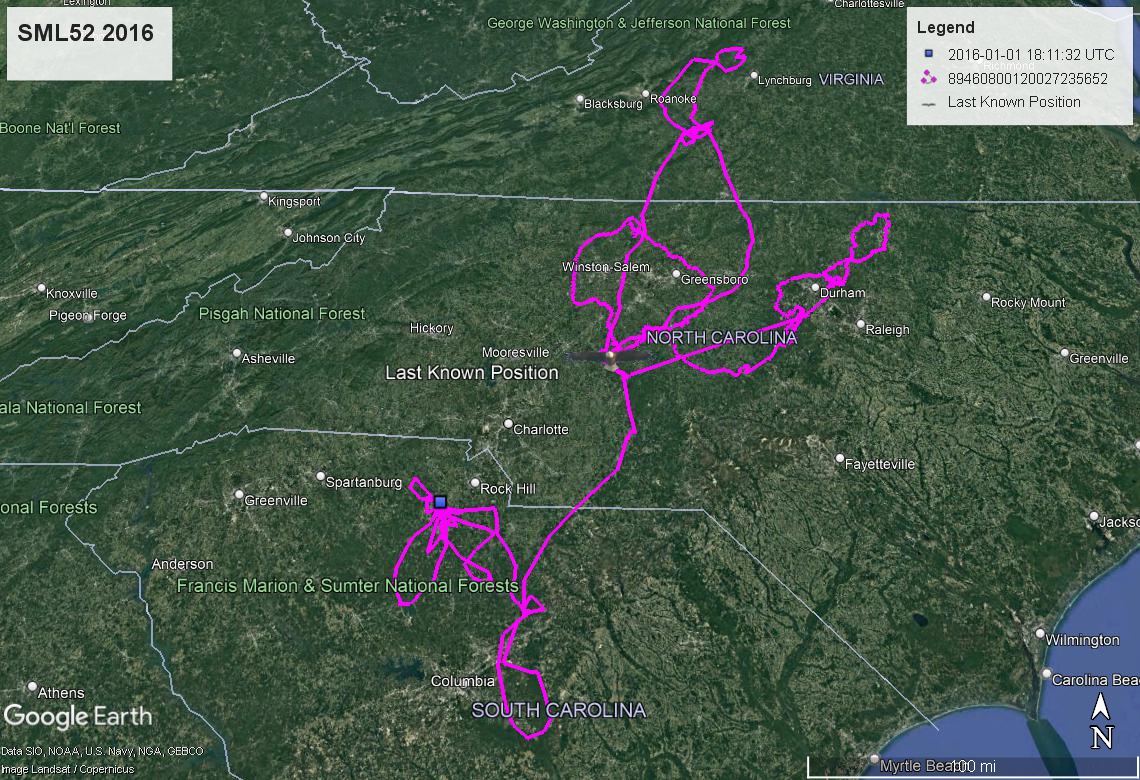 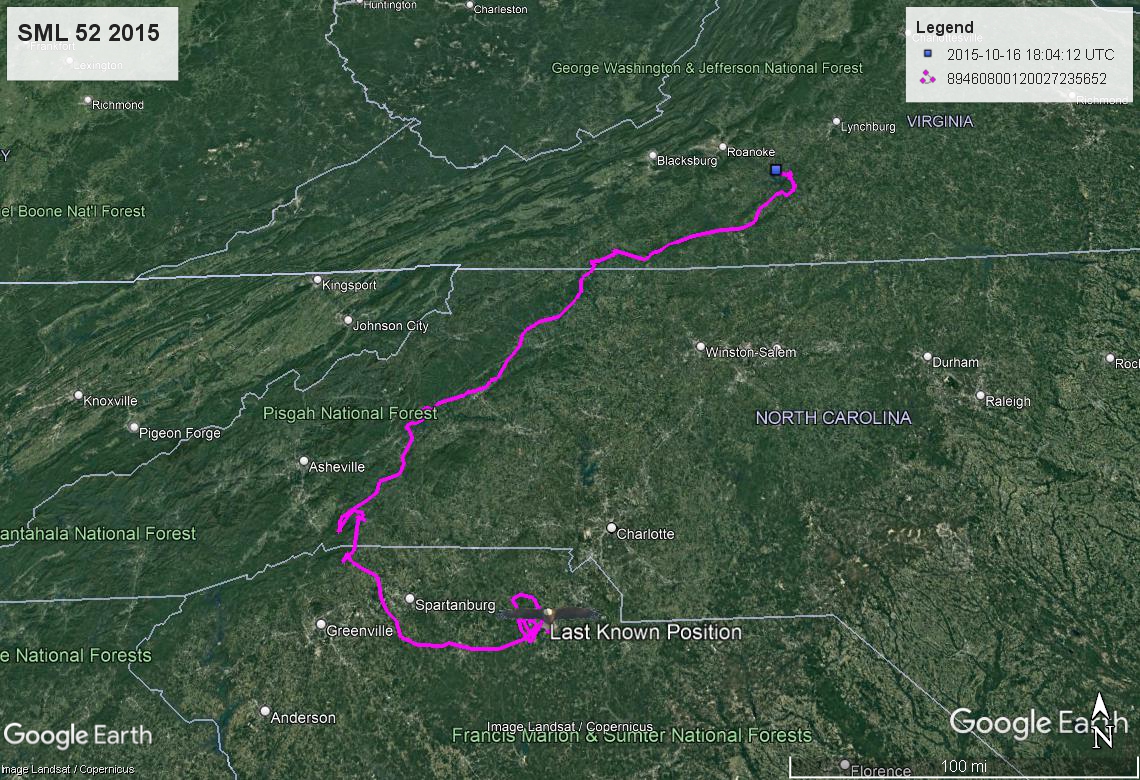 May 23:  SML52 spent most of the last week around Roanoke and Smith Mountain Lake, until she decided to leave the state on May 22!  In one day, the eagle flew about 68 miles south into North Carolina. As of today's check-in, the bird was about nine miles west of Asheboro, NC. 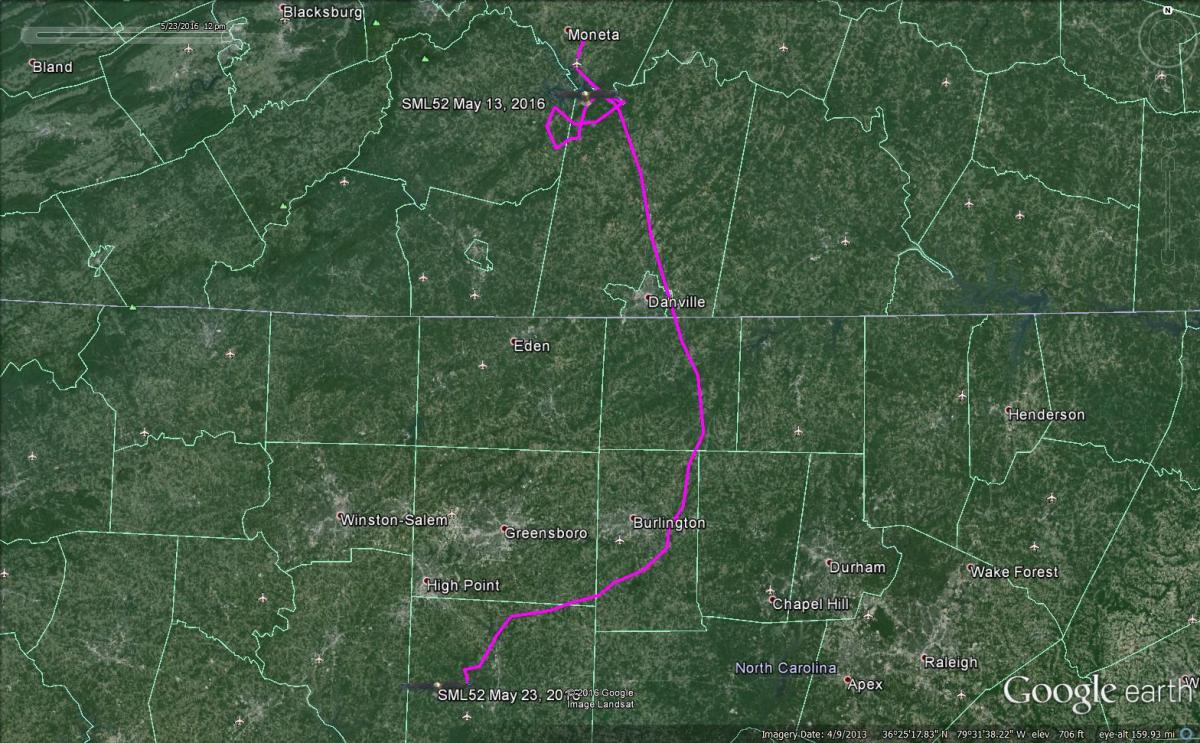 May 17:  During the past four days, SML52 took a trip north through Bedford, Botetourt, and Amherst Counties. On May 16, the eagle started to head south again and flew directly over Bedford. At today's check-in, the bird was near a field about eight miles north of Smith Mountain Lake. 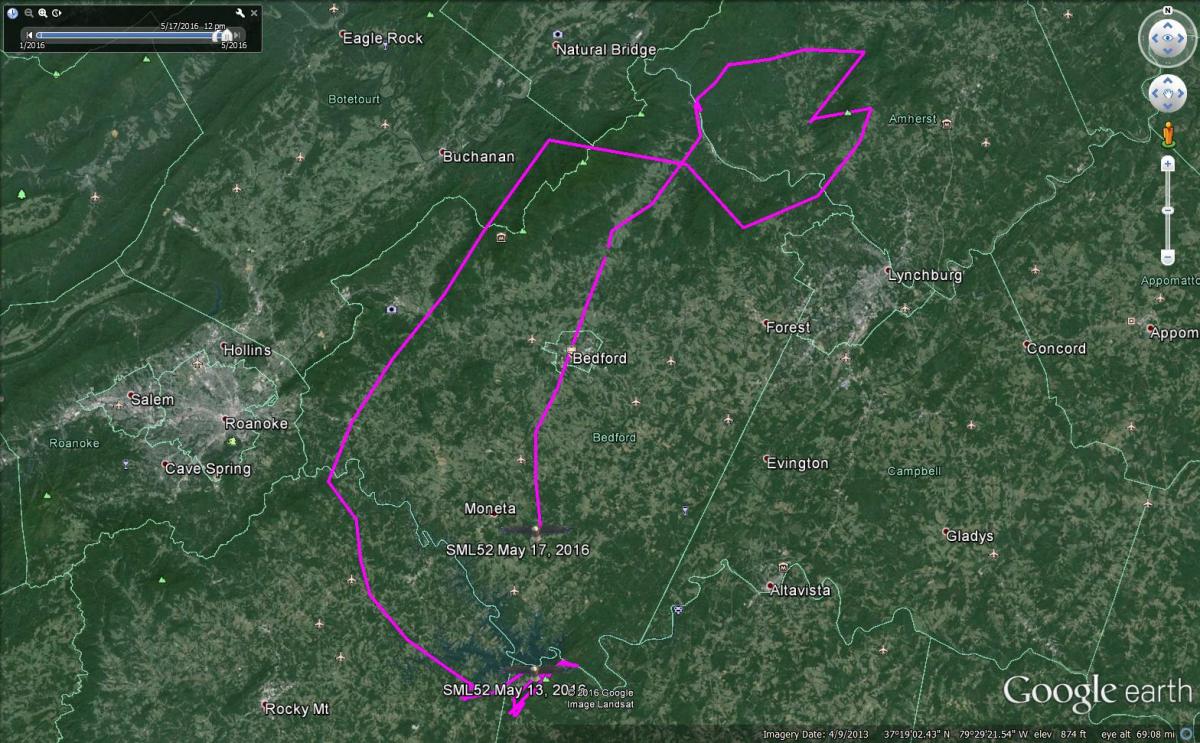 May 13: SML52 is still hanging around the eastern end of Smith Mountain Lake, covering an area of about six miles. 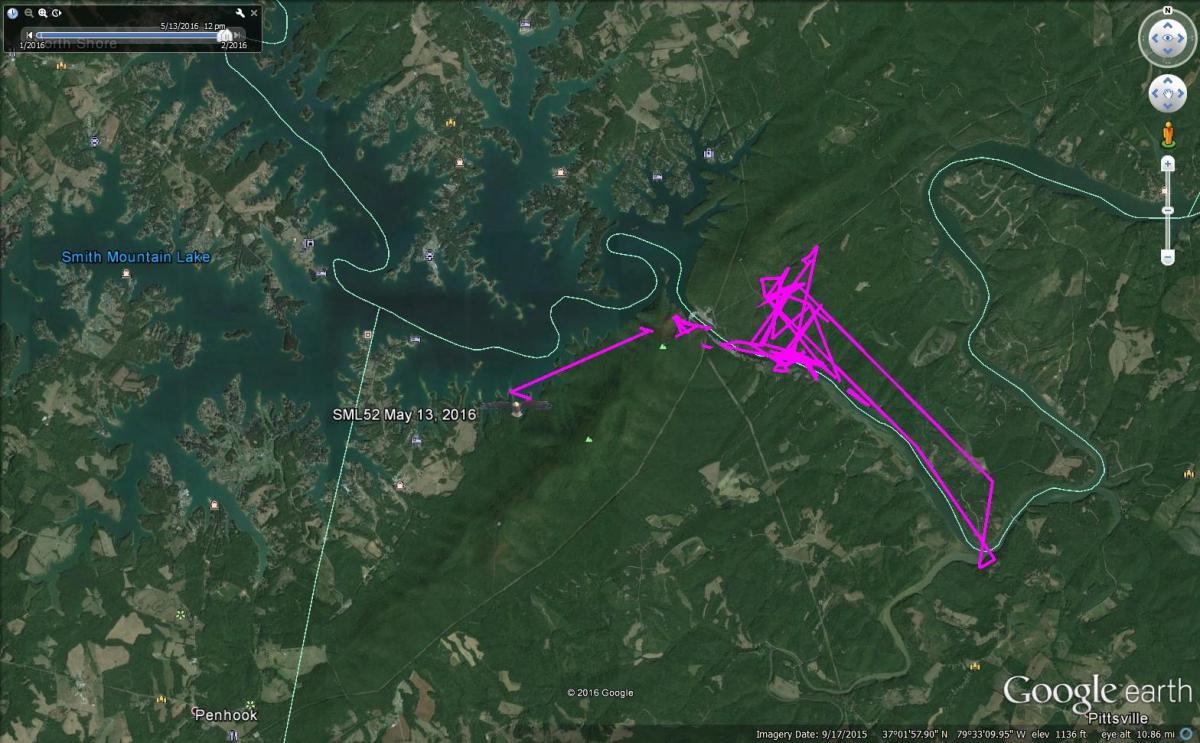 Where was she?  SML52 Tracking Archives.

Frequently Asked Questions about the Transmitter.