On November 28, 2016, a juvenile male Golden Eagle was released at Big Walker Lookout in Wytheville, Virginia nearly three months after being admitted as a patient in late August 2016. Read more about the eagle’s history and rehabilitation here. Prior to release, the eagle was fitted with a GPS transmitter.

August 2017: Saltville Golden Eagle’s GPS tracker hasn’t transmitted any new data since May 2017. It’s uncertain whether something may have happened to the eagle, the transmitter is malfunctioning, or if he’s moved permanently out of satellite reception range. At last check-in, the bird appeared to be behaving normally.

May 3: Although Saltville Golden Eagle's GPS tracker hasn’t sent any new transmissions in 44 days, we can see that the solar-powered battery is holding an adequate charge to store the data that's been collected during this time. The eagles we track occasionally move into areas with poor satellite reception, preventing their GPS units from communicating with the servers on a daily basis. We’ll keep a close eye on Saltville Golden Eagle during the coming weeks for updates and new data.

March 28: Starting in southern Pulaski County earlier this past week, Saltville Golden Eagle flew about 20 miles west to the Max Meadows area. After spending a few days in his familiar territory, the juvenile Golden Eagle can be seen moving southward to his most-recently known location near the town of Ivanhoe. 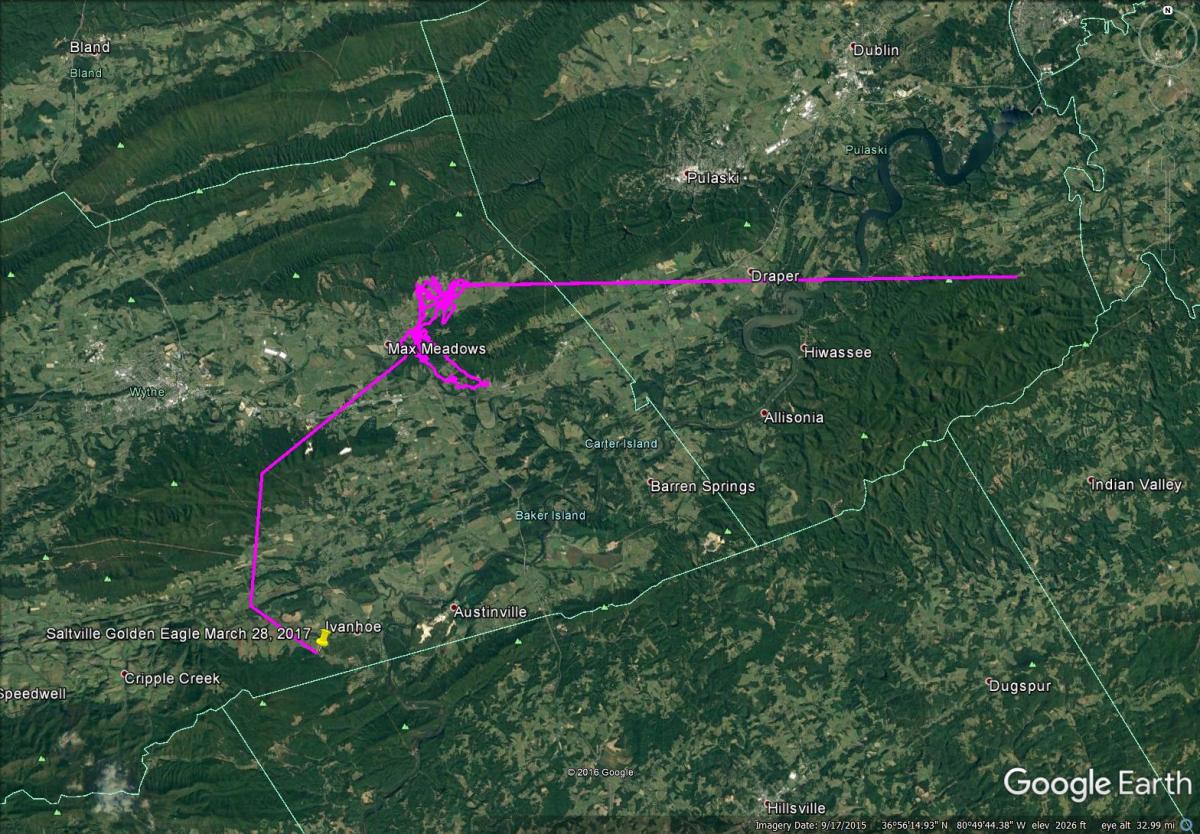 March 14: Saltville Golden Eagle’s GPS tracking unit has continued to place him near the Max Meadows, Virginia area during the past few weeks. Starting directly above Brushy Mountain, he flew southwest along the area’s highest ridgelines for about 25 miles before returning on a similar route. After a brief visit to Carter Island on the New River, he returned to the valley where he’s been observed several times throughout the past month. 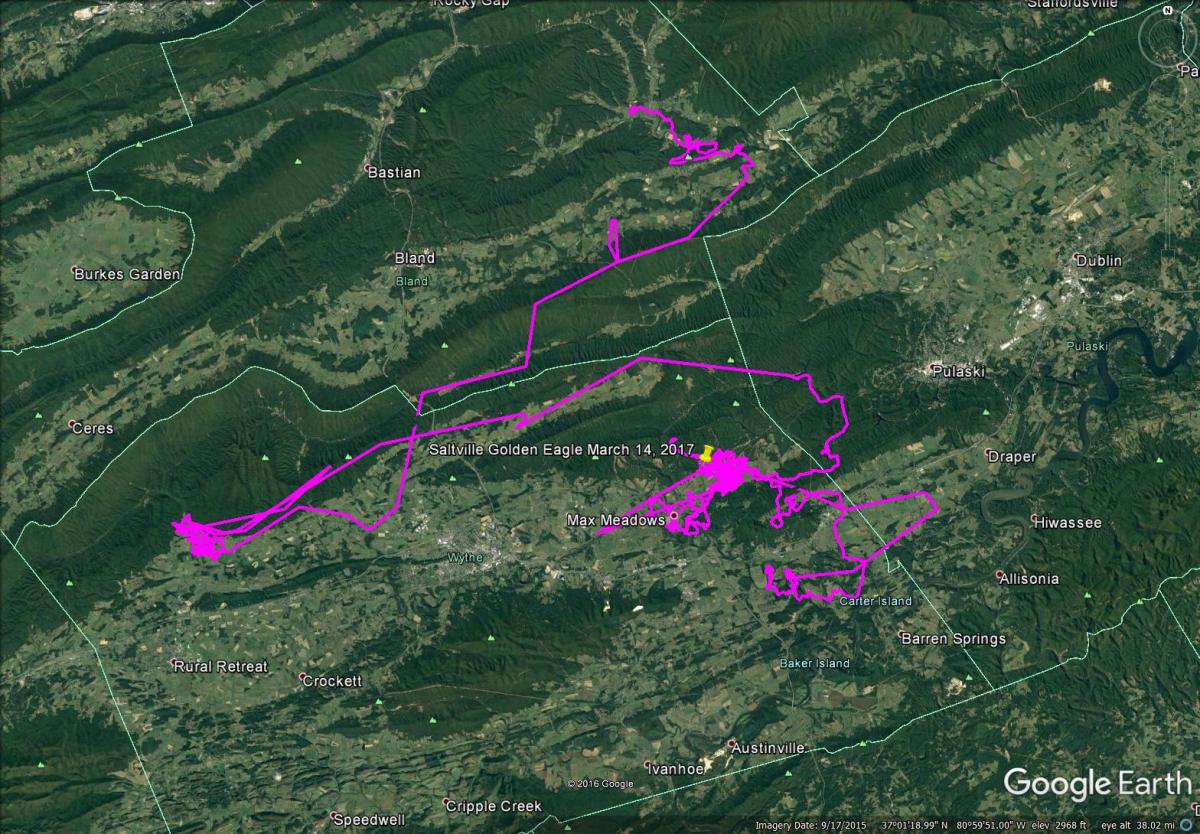 Where was he? Tracking Archives for Saltville Golden Eagle