On May 16, 2012, Bald Eagle NX was released at the Rappahannock River Valley National Wildlife Refuge in Richmond County, Virginia. NX was equipped with a GPS transmitter before release. Read more about NX’s most recent [December 2011 - May 2012] case history.

NX’s December 2011 admission was not her first time at the Wildlife Center — NX was one of three eaglets hatched at the Norfolk Botanical Garden. After her mother was struck and killed by an airplane, NX and her siblings were admitted to the Wildlife Center in April 2011. After growing up at the Wildlife Center, NX was released on August 30, 2011, at Berkeley Plantation on the James River below Richmond.  NX was equipped with a GPS transmitter before release.   Read more about NX’s April – August 2011 case history.

Where is she now?

September 8 [updated November 15, 2016]: Amazingly enough, NX checked in! On November 11, we received a "data dump" from NX's transmitter; it appears as though the battery is extremely low, but recently re-charged a small amount. The last data point recorded in this information dump was back in September 2016; it's likely we're missing a lot of data due to the age of NX's battery (more than five years old)!

In looking at the data we do have, NX spent much of July near Quantico, Virginia, before flying over the Potomac River into Maryland in August. In mid-August, NX flew back to Virginia to Rosier Creek (a favorite hang-out of hers) before spending time along the Rappahannock River in late August. By early September, NX went back to Rosier Creek and was there on September 8. 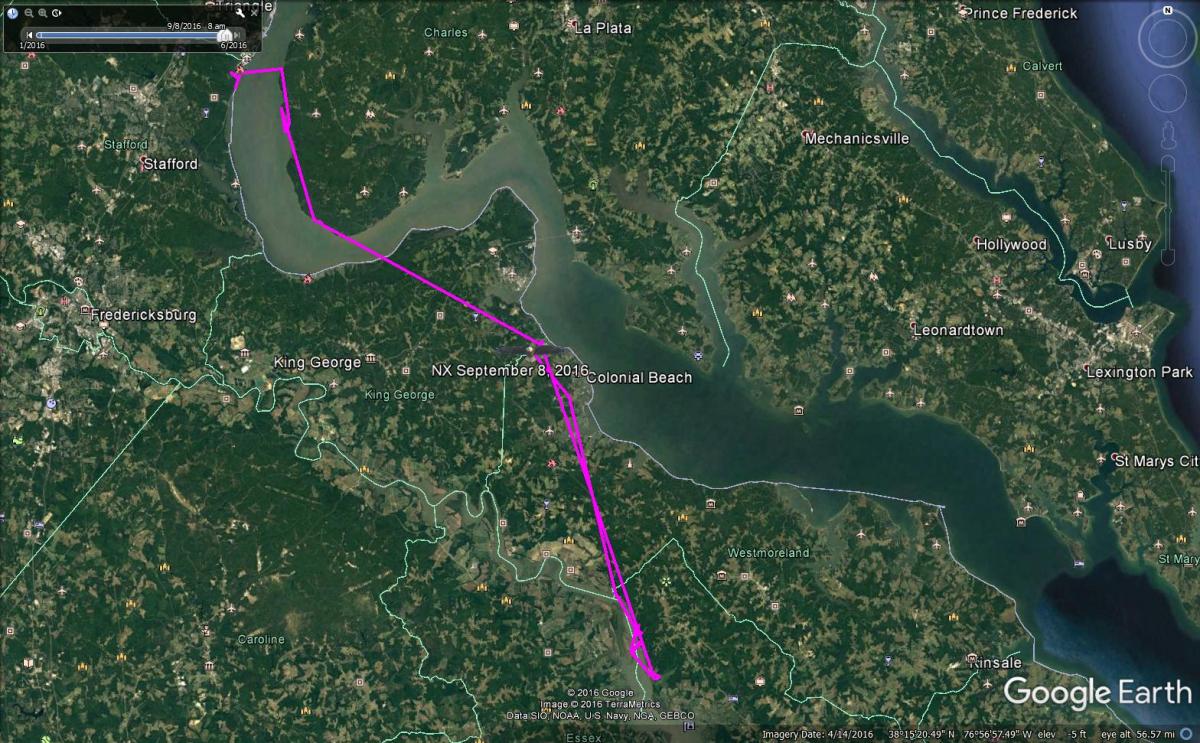 July 6:  Bald Eagle NX checked in again this month; she's still south of Quantico, sticking to the coast of the Potomac River. 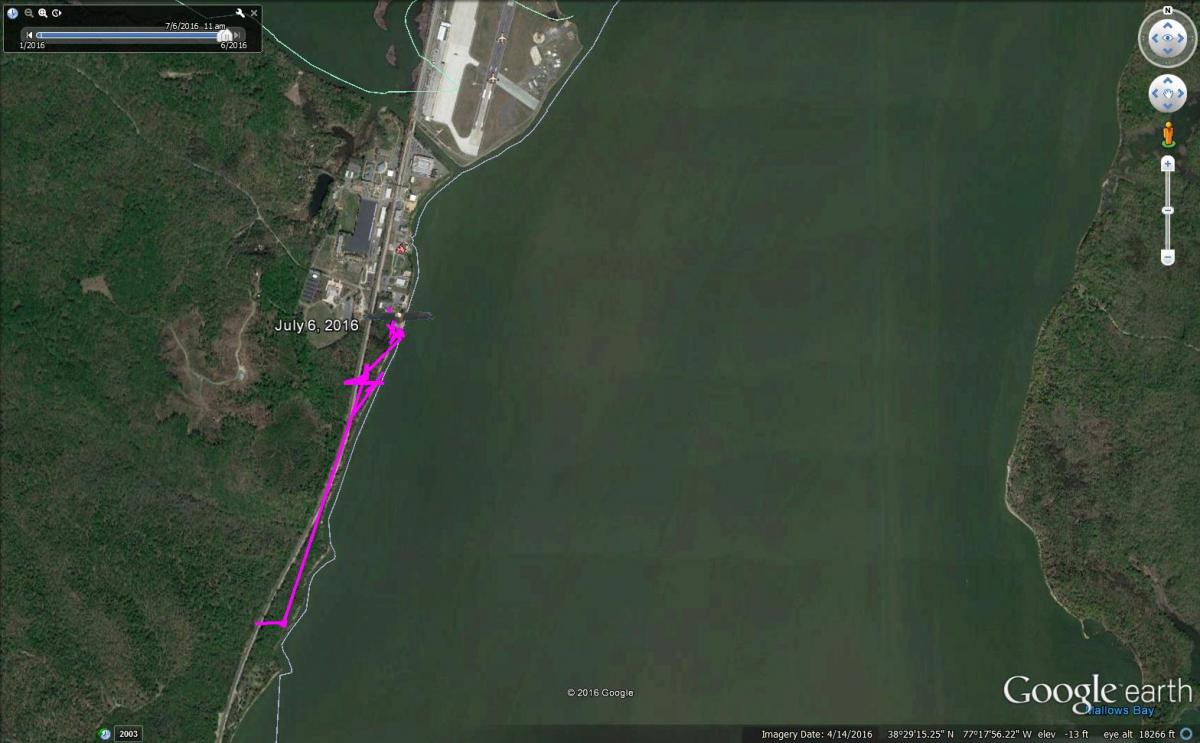 June 19: NX is back in Virginia! On June 18, she flew across the Potomac River, which is about three miles wide at that spot. As of June 19, NX was just south of Quantico, which is a familiar hangout location for her. 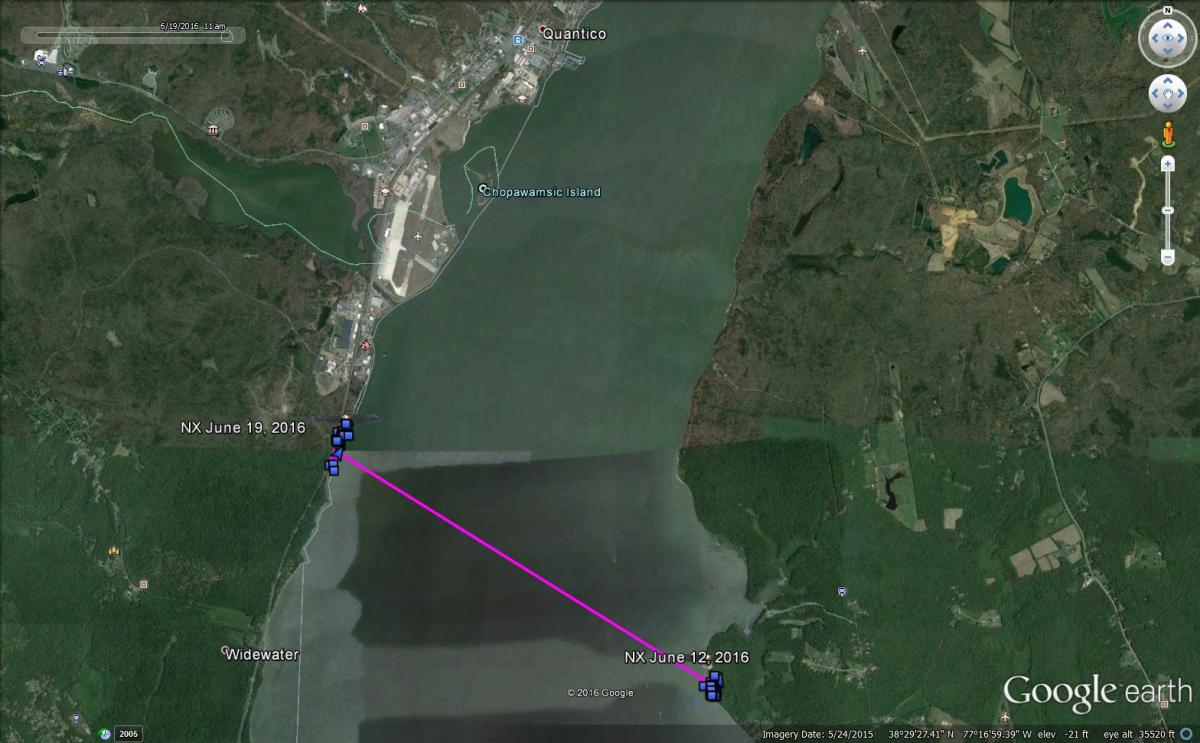 June 12: Bald Eagle NX has been in Maryland for the past two weeks, exploring a three-mile stretch of the Potomac River. Her most recent check-in is at Liverpool Point, which is directly east of Widewater State Park in Virginia. 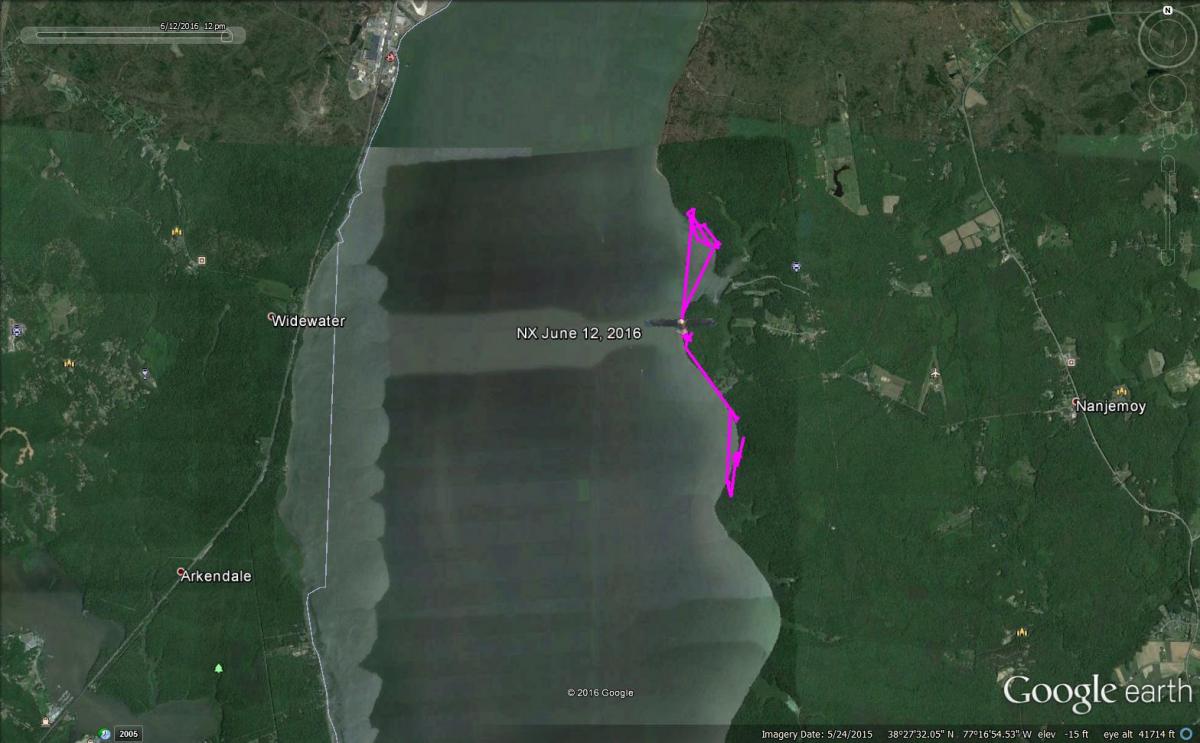