On August 19, 2017, a hatch-year female Bald Eagle was released at Mason Neck State Park in Fairfax County, Virginia. The eagle was rescued in Essex County in May 2017. Read more about the eagle’s history and rehabilitation here. Prior to release, the eagle was fitted with a GPS transmitter.

February 5 update: On February 4, a biologist with Conservation Science Global, Inc. [the organization that manages the Cellular Tracking devices on our tracked Bald Eagles] emailed the Wildlife Center to discuss the recent transmissions of Bald Eagle MN18.  After last week’s check-in, the eagle’s GPS transmitter has been sending the same general coordinates each day, and the battery has been quickly draining, indicating that it hasn’t been able to charge at all. The biologist suspected that the eagle died; the Center coordinated with a wildlife rehabilitator at Wild Bunch Wildlife Refuge to see if he could track down and find the eagle’s body.

Conditions in that area of King George County were extremely marshy and difficult to navigate; unfortunately, after searching for more than two hours, the rehabilitator was unable to locate the eagle. It’s likely that we’ll never know exactly what happened to the eagle and the transmitter, though the eagle most recently visited the King George County landfill. Landfills are often visited by scavenging eagles, particularly younger birds; the Center has treated several Bald Eagles rescued from this landfill location during the past few years.

January 28: Bald Eagle MN18 spent most of the last week hanging out at the King George County landfill. This morning, the eagle flew south to the Rappahannock River. 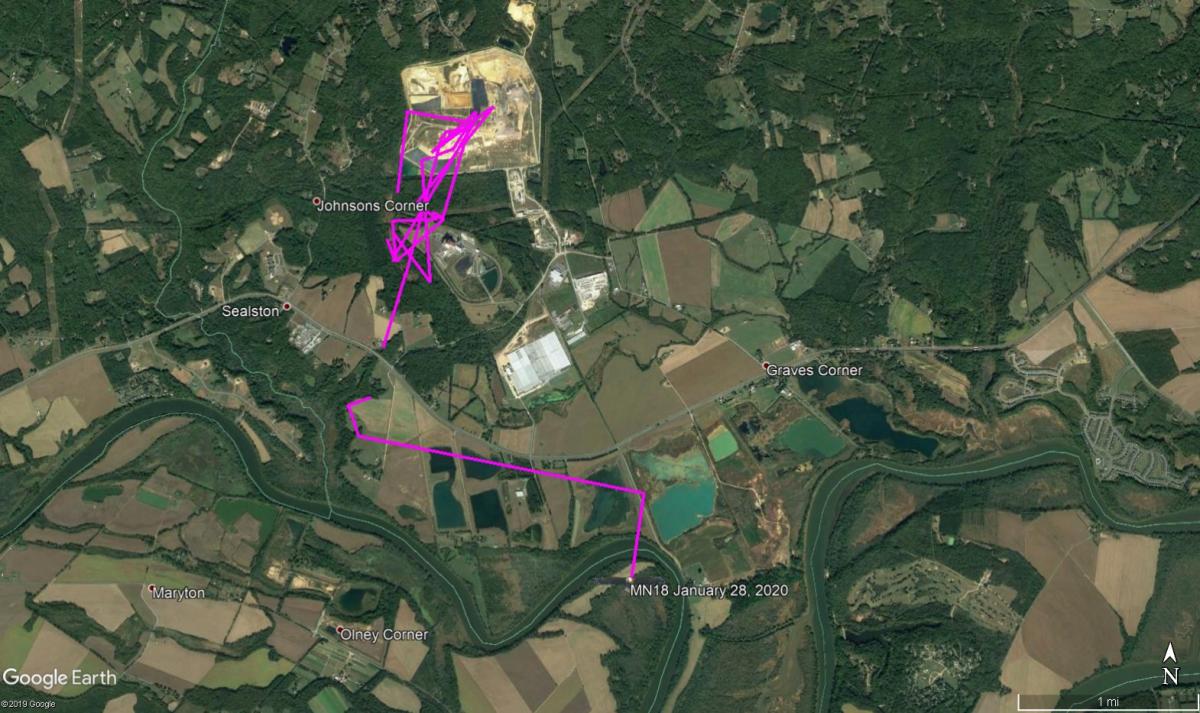 January 22:  MN18 checked in near the King George County landfill again today, though made a quick two-day trip to Maryland this past week. She crossed the Potomac River on January 19 and spent the night near Riverside, Maryland, before returning to Virginia the next day. 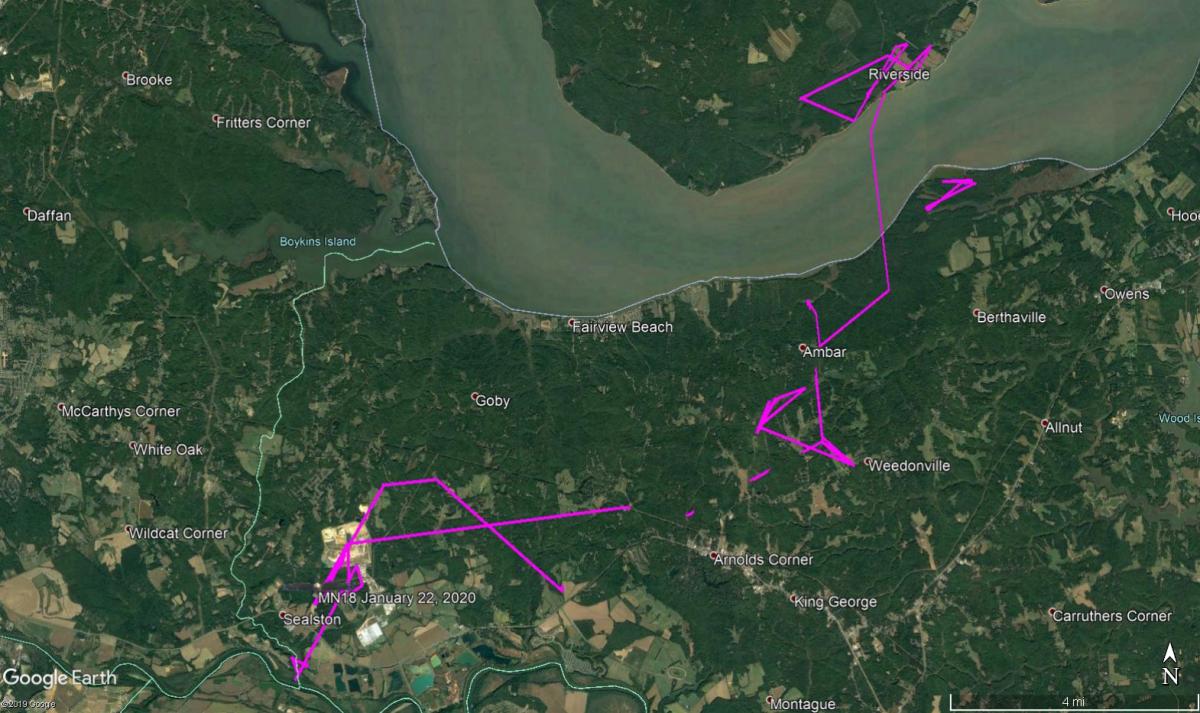 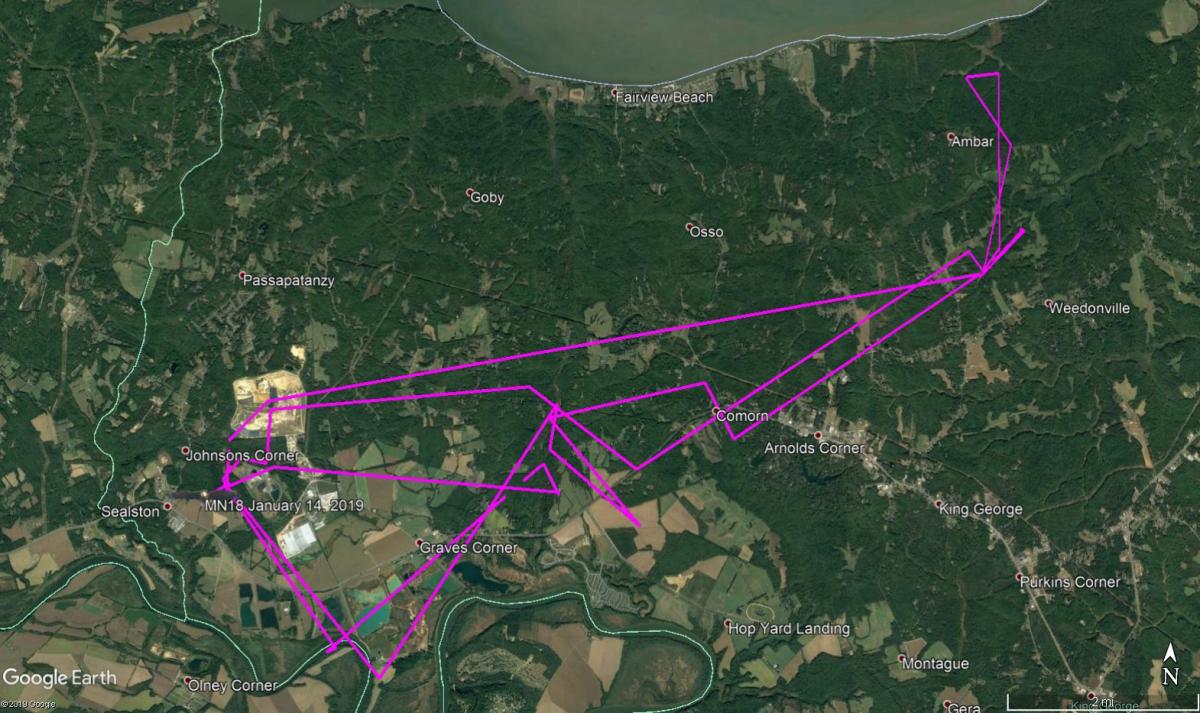