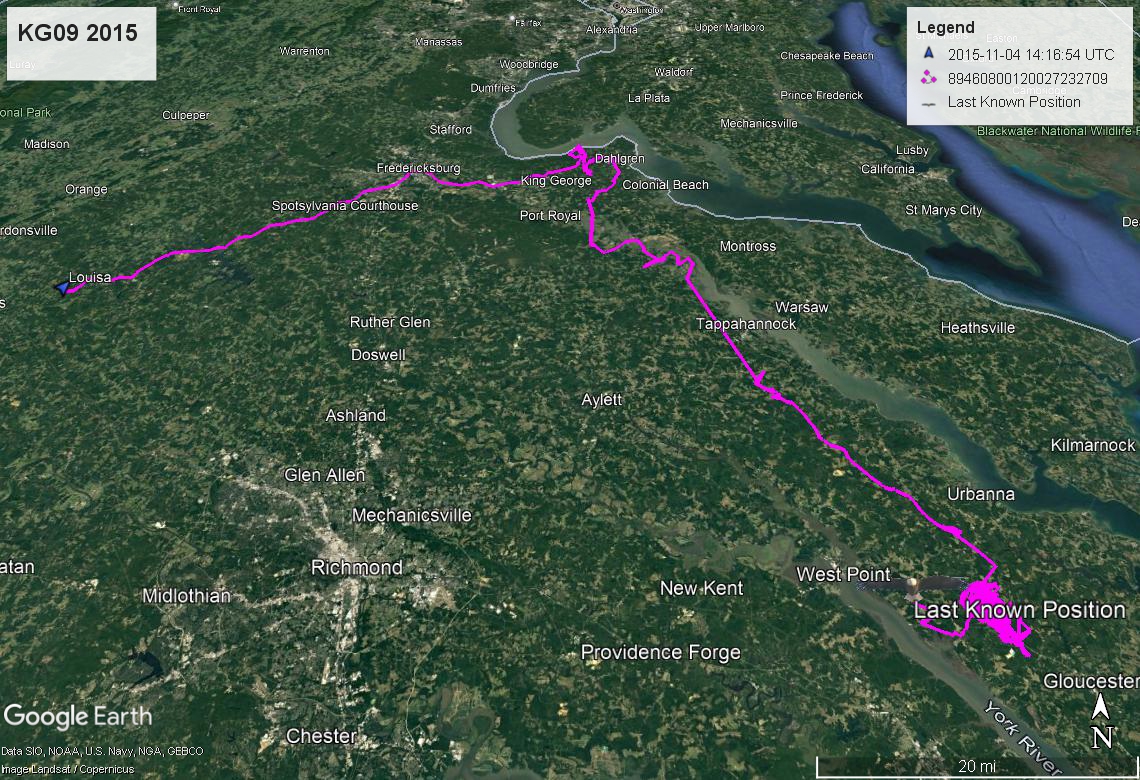 July 13: On July 12, a biologist with Conservation Science Global, Inc. [the organization that manages the Cellular Tracking devices on our tracked Bald Eagles] emailed the Wildlife Center to discuss the recent transmissions of Bald Eagle KG09. After analyzing the data, the logical conclusion was that KG09 had died sometime between April and May. The biologist noted that based on the location of the last transmission from his unit -- in close proximity to a highway -- KG09 could have been hit by a vehicle. Another possibility is that KG09's extended time at a nearby landfill resulted in a failure to thrive. At this point, it's unclear whether or not KG09's tracking unit is recoverable. While we may never know exactly what happened to KG09 and the transmitter, the data that this eagle provided researchers with during the past six years has been extremely valuable.

July 1: Unfortunately, during the past month KG09's tracking unit has not uploaded any new information to the online server. While we can't be certain of the exact circumstances, several possibilities exist to explain this break in data. The tracking unit itself, most likely the solar-powered battery, could have reached the end of its lifespan -- as mentioned in KG09's previous update, six years of continuous operation is much longer than is typically expected. Alternatively, KG09 could have moved outside of the cellular range that the unit relies on to communicate with the server, even considering his history of remaining in a small geographic range. We'll continue to check his tracking data during the coming weeks and months.

May 28: During the past three weeks, KG09’s tracking unit has collected some unusual data. He appears to have been spending time in the geographic area we’ve come to expect – in and around the Owl Trap Landfill located in Gloucester County, Virginia – but the data points look somewhat abnormal. The perfectly straight tracking lines seen in the satellite imagery aren’t representative of normal eagle flight patterns, and the overall number of data points collected is fewer than what’s typical. There’s a chance that KG09’s tracking unit is experiencing some age-related issues (to be expected after six years of continuous operation), so we’ll be keeping a close eye on this eagle during the coming weeks. 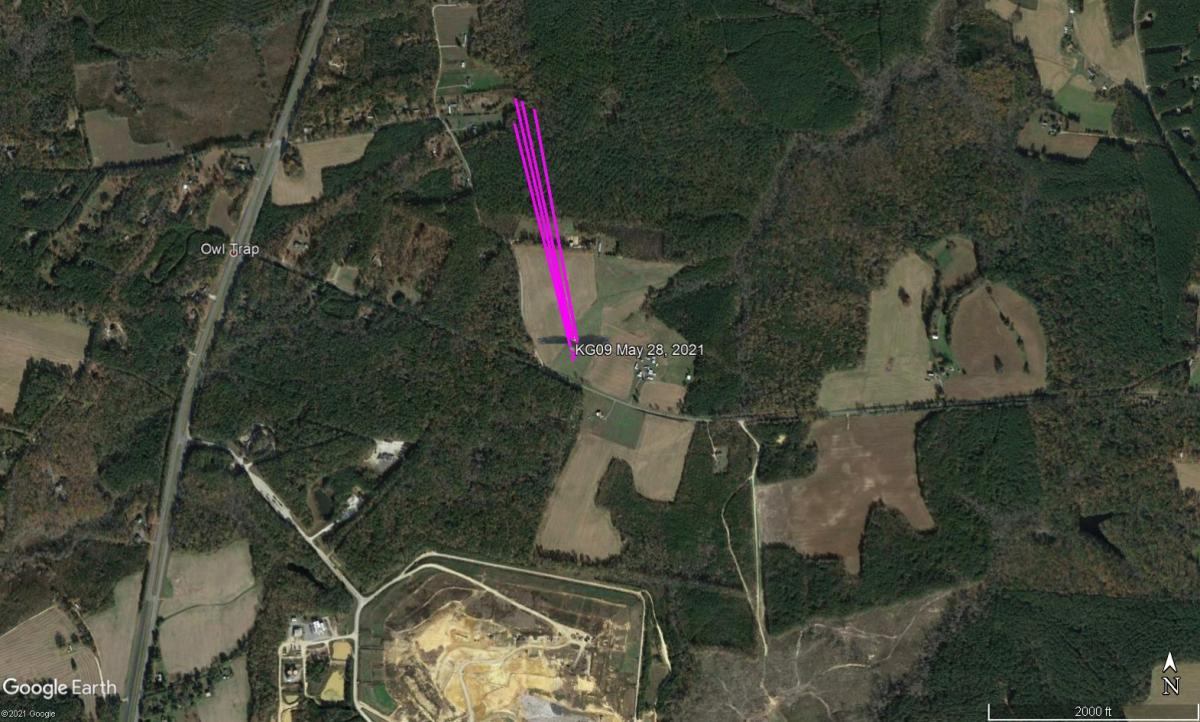