On November 23, 2016, a mature male Bald Eagle was released at Chippokes Plantation State Park in Surry, Virginia. The eagle was rescued in Portsmouth in early October 2016. Read more about the eagle’s history and rehabilitation here. Prior to release, the eagle was fitted with a GPS transmitter.

December: The CellTrack transmitter company was able to recover the transmitter, confirming that this was CP93 who was hit and killed by a vehicle.

November 30 update: Sadly, it appears likely that CP93 was killed on November 15, 2017.   A banded Bald Eagle was reportedly picked up on Route 17 on the morning of November 15 after it was hit by a car [the state eagle biologist has not received a report on this incident].  Data from the transmitter indicates that CP93 was flying along Route 17 that morning; based on the tracking data, it’s clear that the transmitter was picked up and driven to a local Virginia Department of Game and Inland Fisheries office.  The Center is waiting for information on the eagle's band number and for recovery of the transmitter.

November 14: CP93 flew over the James River on November 9 and continued south to Chesapeake. The following day, the eagle made a quick day trip into North Carolina, then returned to Chesapeake, Virginia. 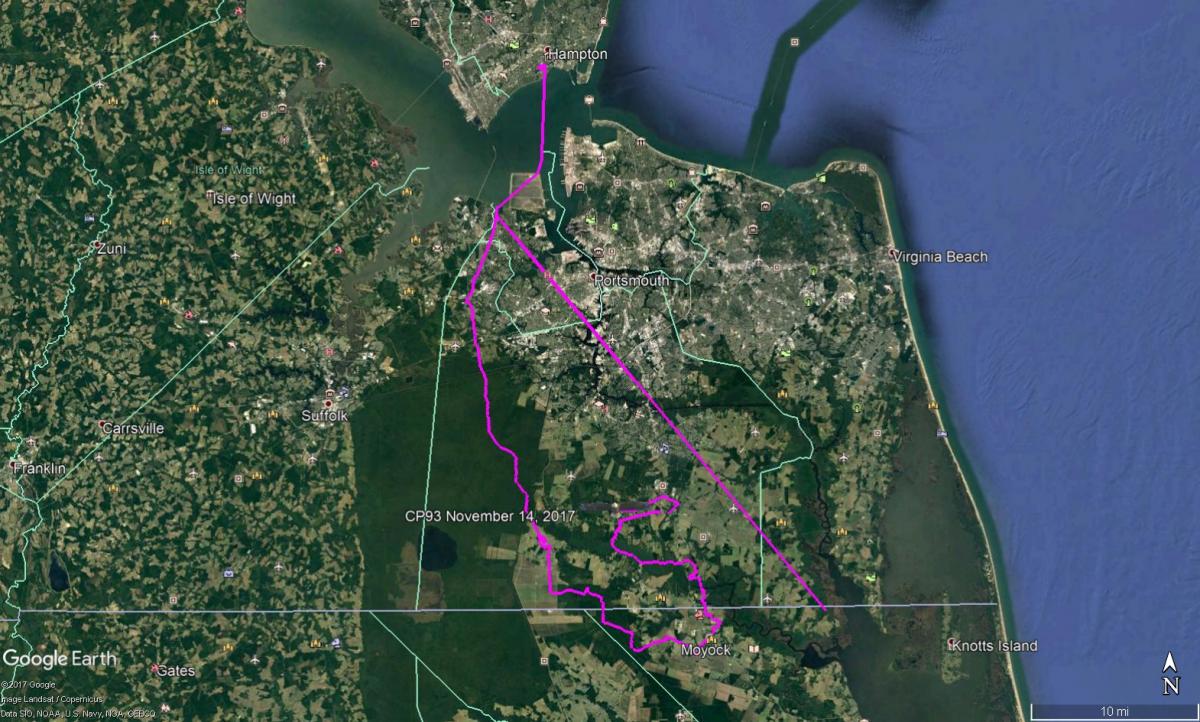 November 8: On November 4, CP93 continued his journey south across the Middle Peninsula -- and kept flying over the York River to the Virginia Peninsula to Newport News. The eagle made a 35-mile trip in one day, and during the past four days, has been hanging out once again in Hampton Roads. 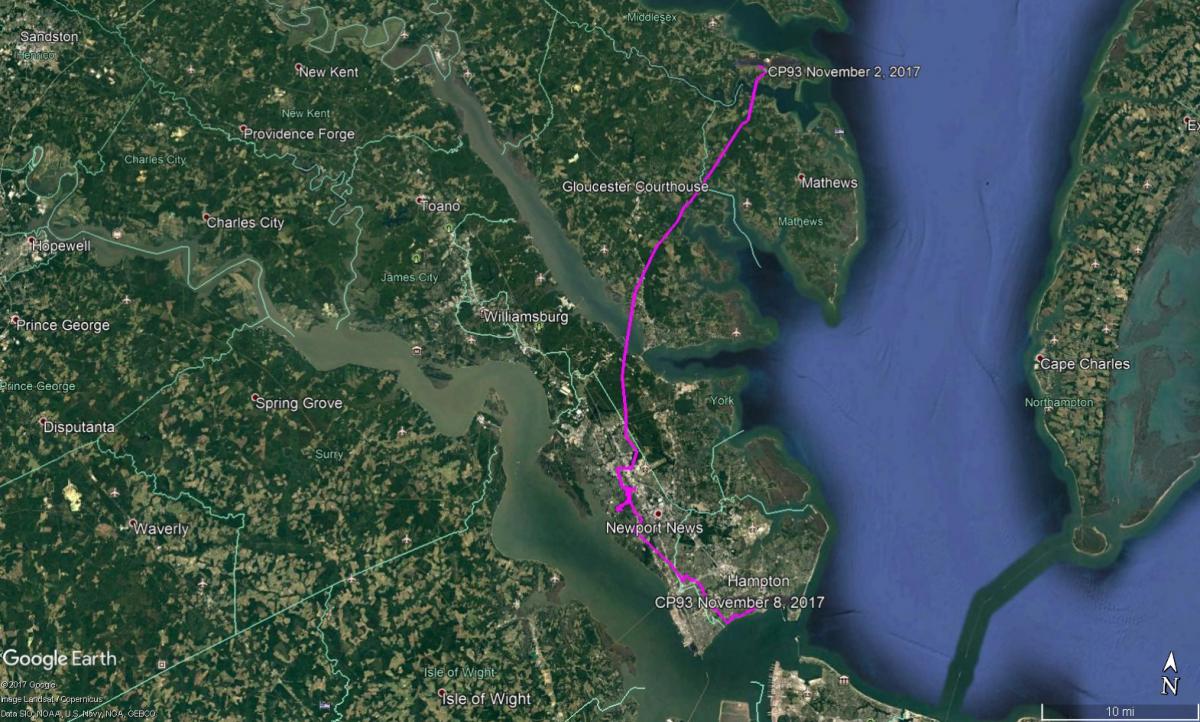 November 2: CP93 moved south again this past week, leaving the Northern Neck and flying back to the Middle Peninsula. The eagle is currently in Middlesex County. 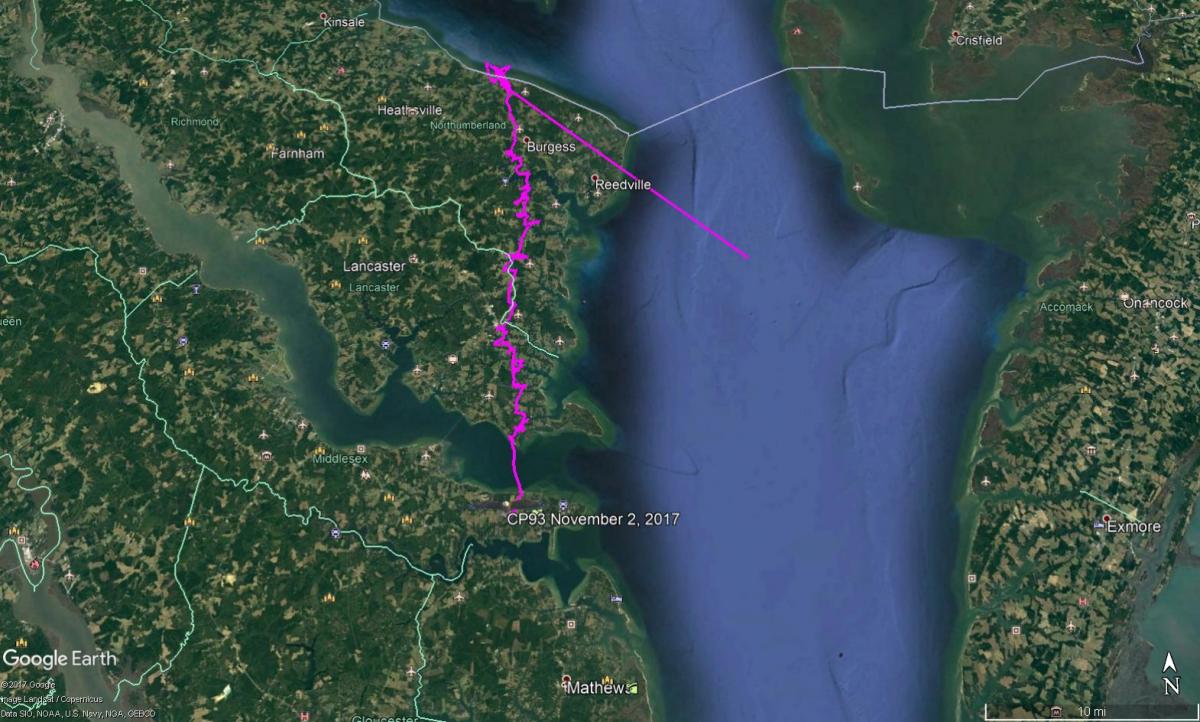