On December 22, 2015, a female Bald Eagle was released at Berkeley Plantation in Charles City County, Virginia. The hatch-year eagle was rescued from a landfill in Pulaski County in September 2015. Read more about the eagle’s history and rehabilitation here. Prior to release, the eagle was fitted with a GPS transmitter.

April 2017: In late March 2017, BP91's transmitter started "pinging" again -- from the same location in North Carolina. Center staff contacted the CTT transmitter specialists; they said they believed that the bird's body was likely disturbed, and the transmitter was charging again and able to transmit data. The transmitter specialists recommended contacting a biologist in North Carolina to see if someone could assess the situation; fortunately, a biologist was quick to respond, and by early April, found the location. The bird's body was found and the transmitter was recovered. While it's difficult to confirm the cause of death, the bird was found under power lines, indicating a possible electrocution.

December 2016:  Sadly, it appears as though BP91 may have died. After flying around a landfill in Person County, NC for several weeks, the bird's location remained stationary for several days before the battery level decreased and the GPS unit stopped transmitting. We consulted with a CTT transmitter specialist who reviewed the data; he concluded that the stationary data combined with the lack of charging suggests that the unit was solar panel side down.

It's interesting to note that the bird was initially rescued and admitted to the Wildlife Center after it was found in a landfill, suffering from toxicity. A recent study indicates that immature Bald Eagles are much more likely to scavenge at landfills than adult birds do; results suggest a peak in landfill use in the late fall. While landfills can offer a consistent food source for young birds, associated risks include lower quality food, disease, and potential toxicity.

October 30:  Bald Eagle BP91 is still in Person County, North Carolina. The eagle is moving around, but staying with a couple square miles of the landfill. 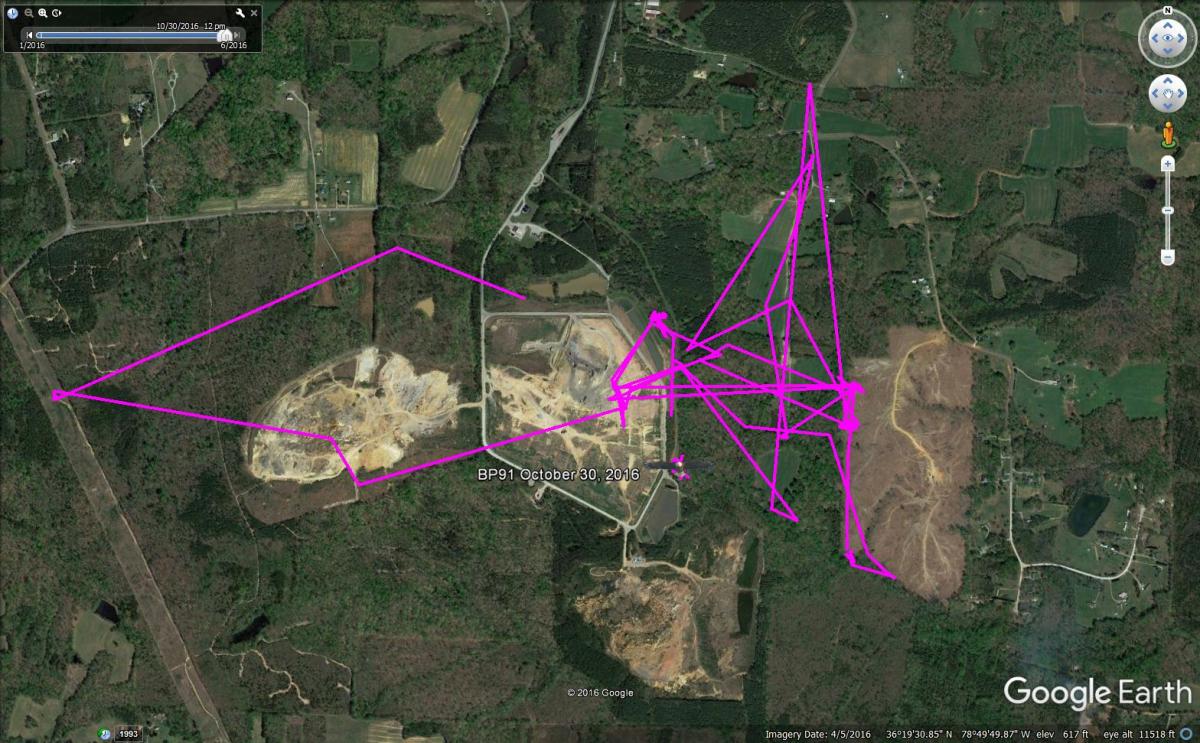 October 19:  For the past six days, BP91 has remained in Person County, North Carolina. It appears as though the eagle is staying within a couple miles of a landfill. 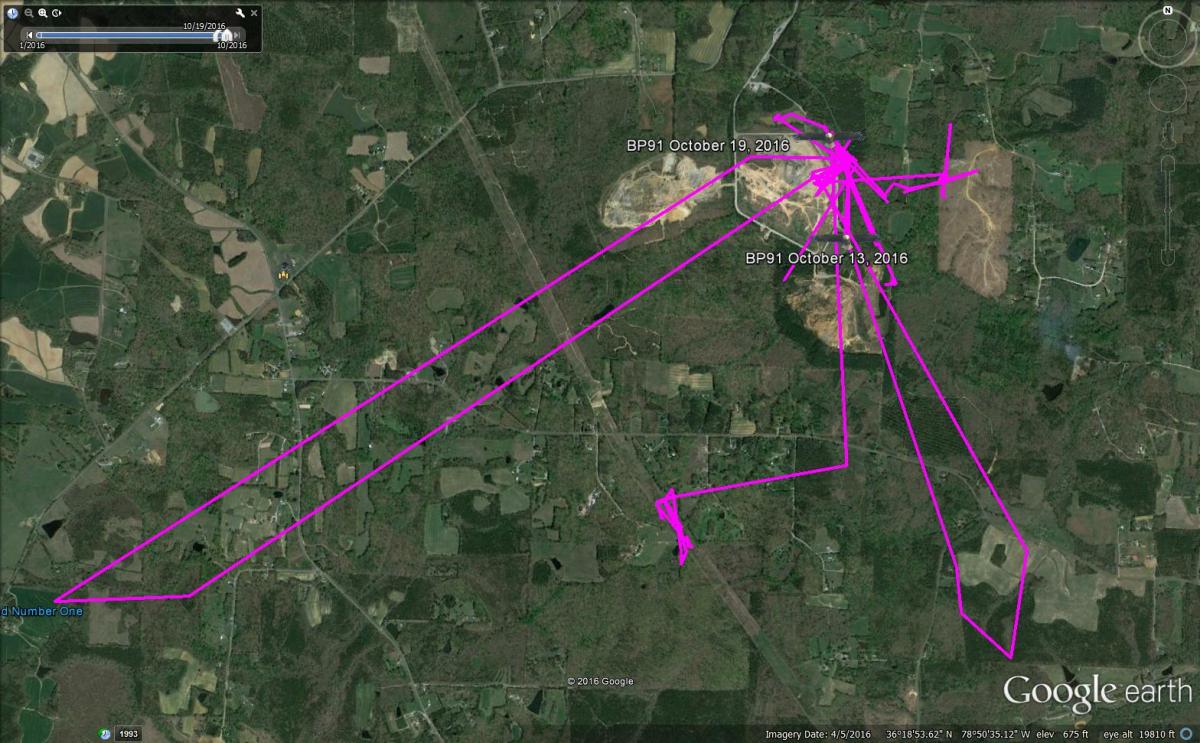 October 13: BP91 is back in North Carolina! During the past week, the young eagle made her way about 50 miles south to Person County, NC. Most of the journey was made on October 5-6, right after the eagle's last update. For the last week, the eagle has been hanging out at a remote location about nine miles west of Roxboro. 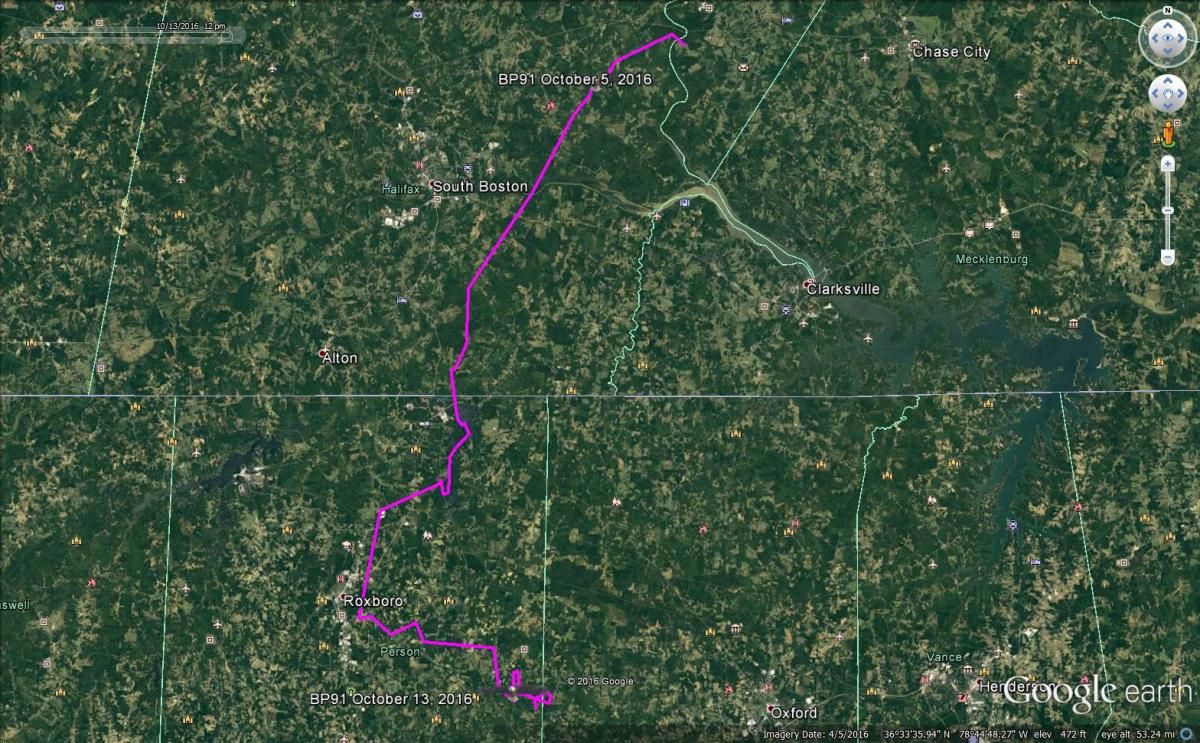