On December 22, 2015, a young female Bald Eagle was released at Berkeley Plantation in Charles City, Virginia. The young eagle was rescued from Keswick, Virginia in September 2015; the bird suffered from a deep laceration on the backside of the bird’s right hock. Read more about the eagle’s history and rehabilitation here. Prior to release, the eagle was fitted with a GPS transmitter.

May 2017 update: BP39 hasn't checked in since December 2016. Unfortunately, we're not sure why there have been no more check-ins; in December, the bird appeared to be flying normally and wasn't in a particularly concerning location. The bird may check in again, though could also have an issue with the transmitter.

Following her rescue and rehabilitation last fall, the hatch-year bird was released at Berkeley Plantation in December 2015. The young bird spent the winter exploring the James River and the Middle Peninsula of Virginia, before slowly working her way north at the end of March 2016.

In early April the eagle flew to Maryland, and, in May, worked her way through Delaware and New Jersey. The bird didn't transmit any data for two weeks (likely due to spotty cell phone reception) and in early June, showed up in Canada! It appeared as though the eagle had steadily worked her way through New York, Massachusetts, New Hampshire, and Maine, before she finally checked in from New Brunswick.

The bird spent a little more than a month in New Brunswick, reporting in from Oram Lake before moving toward the Bay of Fundy. In mid-July, the eagle moved back to the United States, checking in from Maine. In August, the bird moved south, following nearly the same path she took to Canada.

After spending time at the Chesapeake Bay in October, the young eagle -- now a second-year bird -- flew back to the central part of Virginia, along the James River. In December 2016 -- one year after her release -- she's spending time in the Buckingham and Albemarle County area, only about 20 miles from her 2015 rescue site. 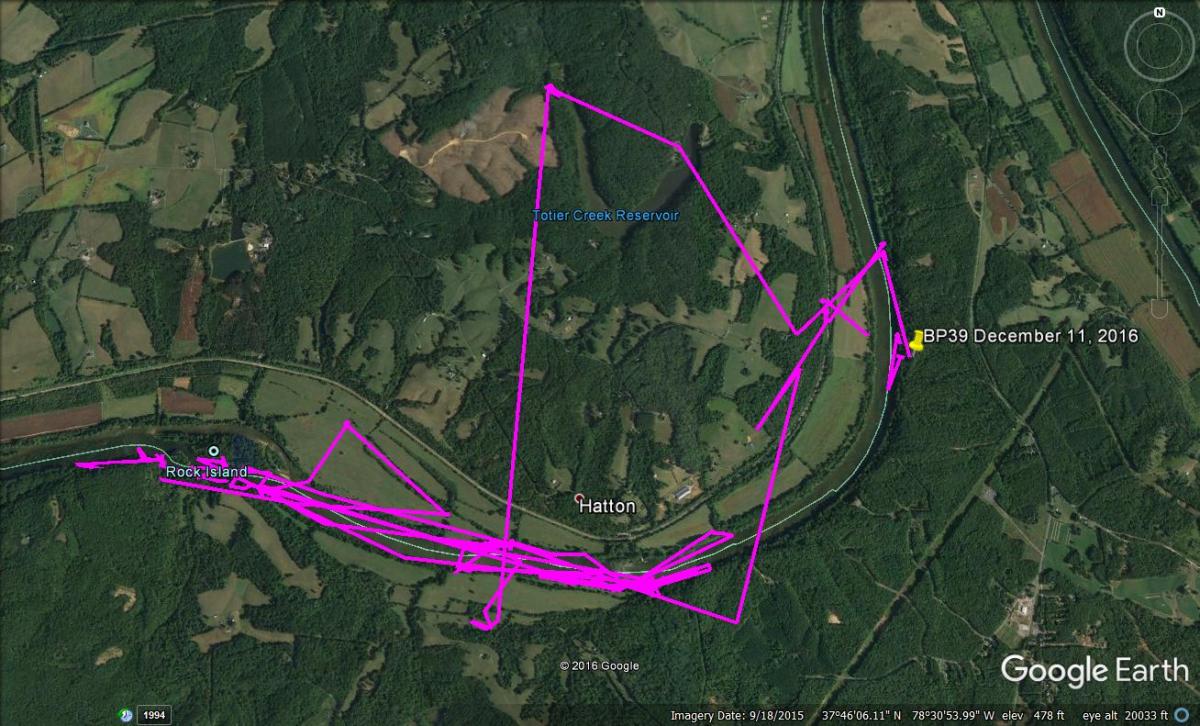 November 24: During the past few weeks, eagle BP39 has explored the area where Fluvanna County, Albemarle County, and Buckingham County converge. The eagle last checked in on November 24 near Scottsville, Virginia along the James River. 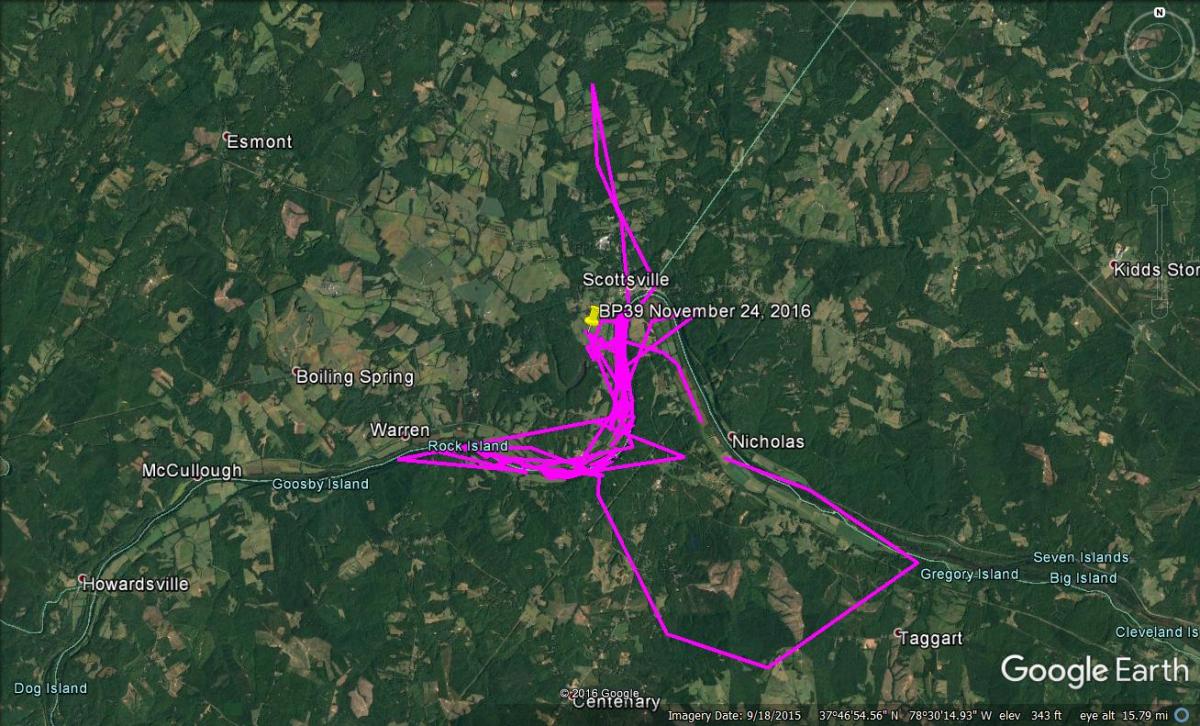