On September 28, 2016, a juvenile female Bald Eagle was released at Berkeley Plantation in Charles City, Virginia. The juvenile eagle was found unable to fly in Midlothian, Virginia in June 2016. Read more about the eagle’s history and rehabilitation here. Prior to release, the eagle was fitted with a GPS transmitter.

June 2017: BP28 hasn't checked in since April 2017;  it's unclear why this is the case. There's a chance something may have happened to the eagle, but it's also possible that the transmitter experienced issues.

April 6: Bald Eagle BP28 checked in on April 6 near the Surry County/Sussex County border in Virginia. 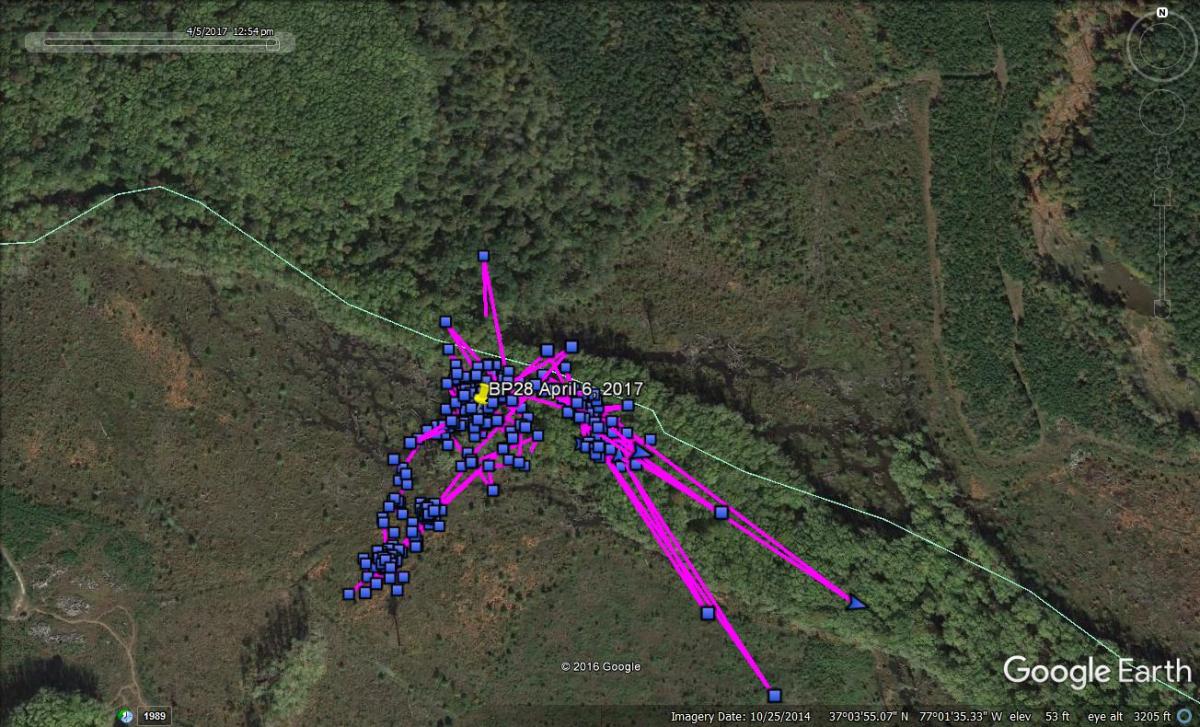 March 27: Bald Eagle BP28 continues to explore the border between Surry County and Sussex County, VA. The eagle checked in on March 27 from a wooded area. 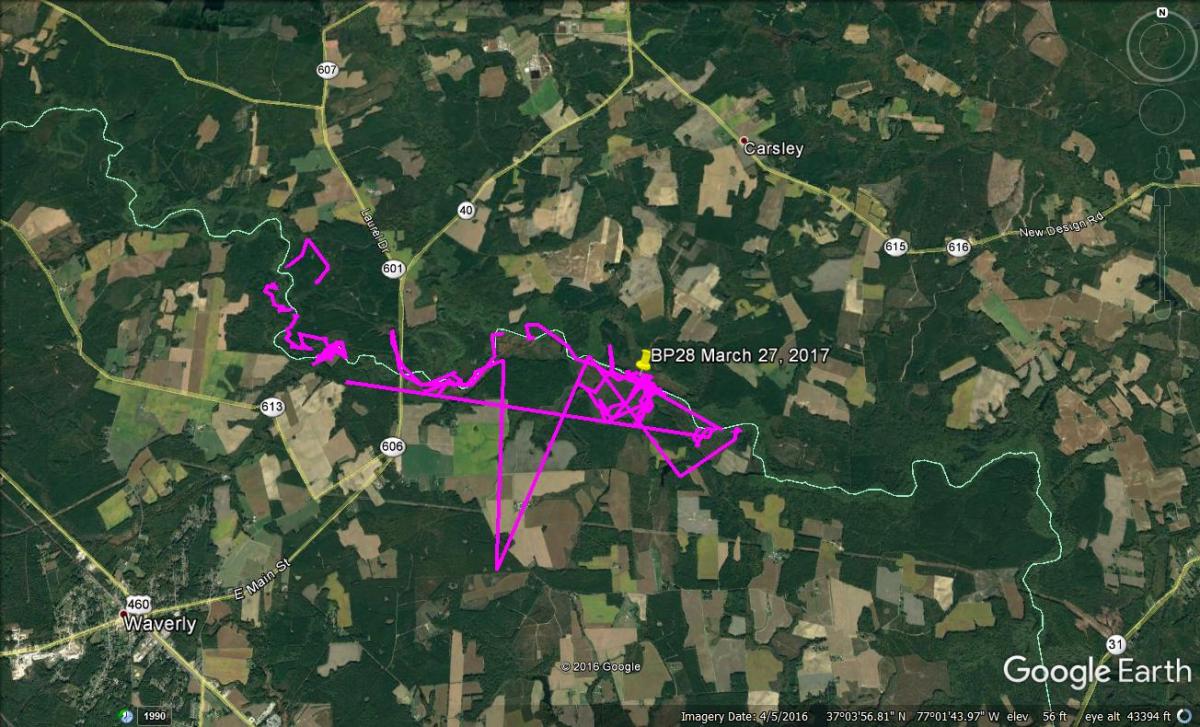 March 6: Bald Eagle BP28 has explored a bit more the past two weeks, flying further into Surry County. The eagle checked in on March 6 near Waverly, VA -- the area where the bird has spent most of its time the past several months. 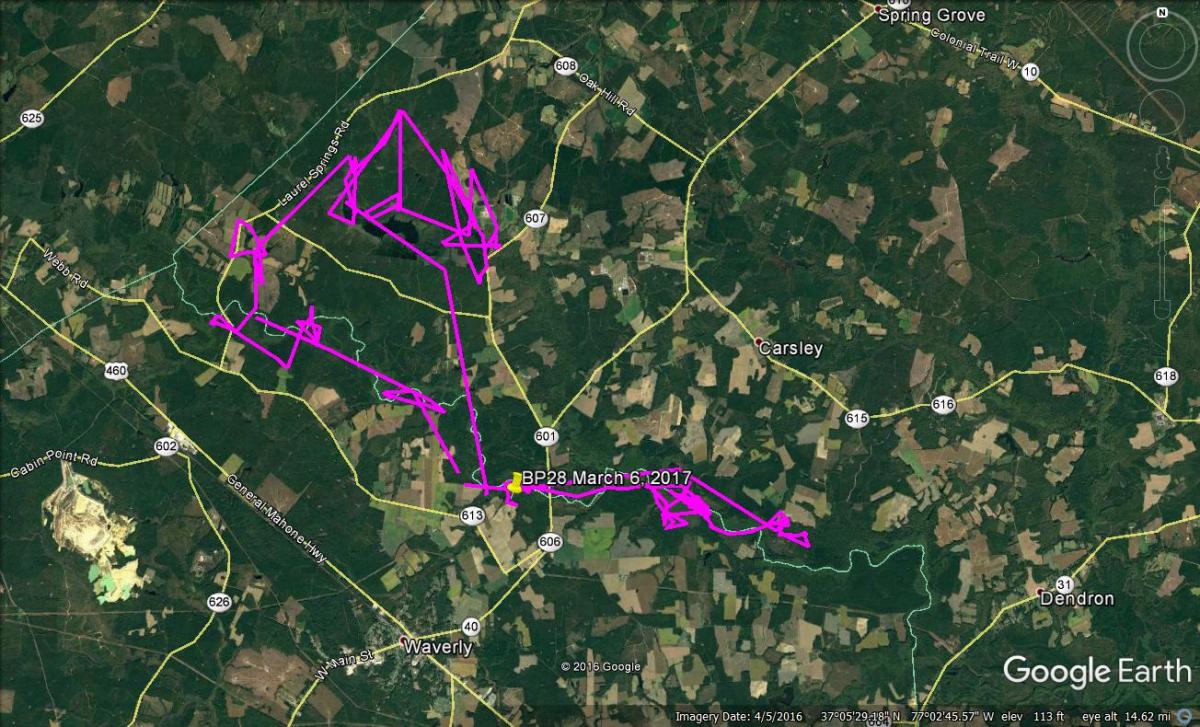