On October 22, 2015, a young female Bald Eagle was released at Belle Isle State Park, Virginia. The hatch-year eagle was rescued from Northumberland County in June 2015. Read more about the eagle’s history and rehabilitation here. Prior to release, the eagle was fitted with a GPS transmitter. 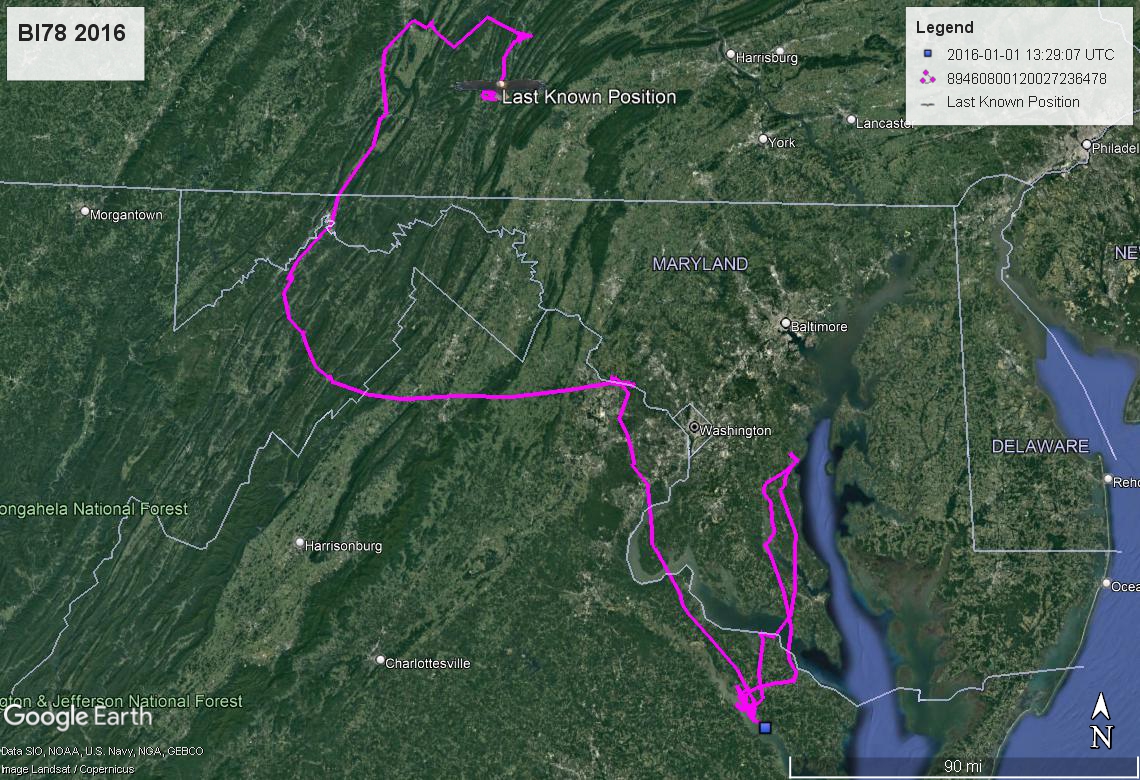 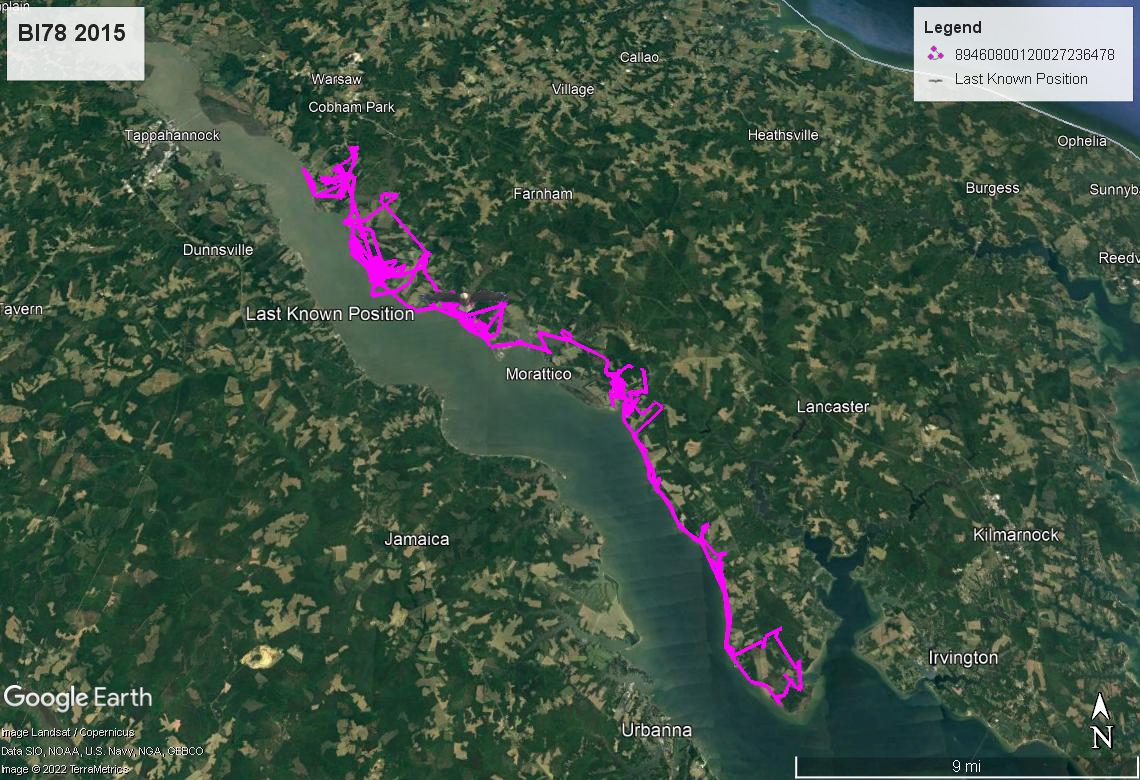 December 2016 update:  BI78 hasn't checked in since early November, though her transmitter battery level is high and re-charging. We consulted with a CTT transmitter specialist; he didn't believe there were any issues with the unit. There's a chance that the bird may have flown out of cell phone range during her travels; while it's a little unusual that she hasn't checked in, we may still hear from her in the future.

November 4: As expected, Bald Eagle BI78 has not traveled far from the familiar agricultural field she has frequented during the last month. Displaying almost identical movement patterns compared to previous updates, the eagle spent a large amount of time throughout the surrounding tree line while making occasional passes across the open field. Due to the similarities in flight paths and distances flown, this week’s map shows BI78’s location from a view-point of 623 miles above sea level for a greater overall perspective of her location.

October 27: Not much has changed for Bald Eagle BI78 during the past week; she has continued to make passes over the same cluster of open fields while presumably perching throughout the surrounding forest. A closer look at the 204 individual fixes that the eagle’s tracking unit transmitted to our database this week – 29 per day – showed that BI78 flew an average distance of 1.86 miles every 24 hours.

October 21: October 22, 2016 will mark Bald Eagle BI78’s one-year anniversary in the wild since being released from the Wildlife Center of Virginia. Admitted as a hatch-year eagle, she was in poor condition and unable to fly; what a recovery this bird has made! The eagle seems to have found suitable hunting grounds throughout the Maddensville area -- like this half-mile long field -- where she has remained since mid-September of this year.

Where was this eagle? Check out the 2016 tracking archives!